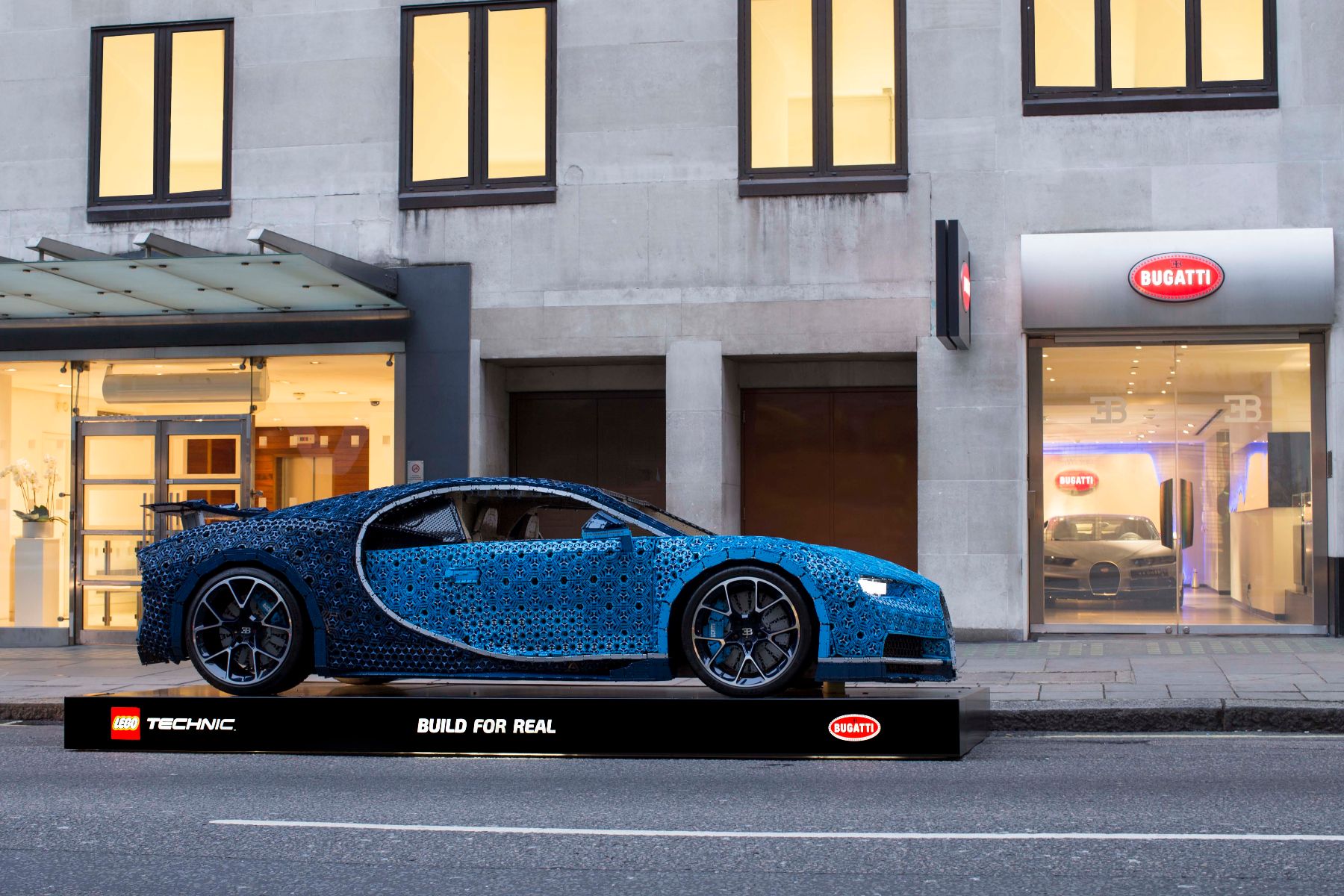 The only thing that’s more amazing than an actual Bugatti Chiron is a life-size model of one made out of Lego Technic. Well, they made one, and it’s going to be on display at the Westfield shopping centres and Bluewater.

We built our very own Lego Bugatti Chiron, albeit a one-eighth scale one, in our office. Watch the video here.

The working 1,000,000-piece model made its debut in the UK alongside a real 1,500hp Chiron at the H.R. Owen Bugatti dealer in Mayfair. The establishment is the only place in the UK where customers can consult directly on the latest Bugatti product. 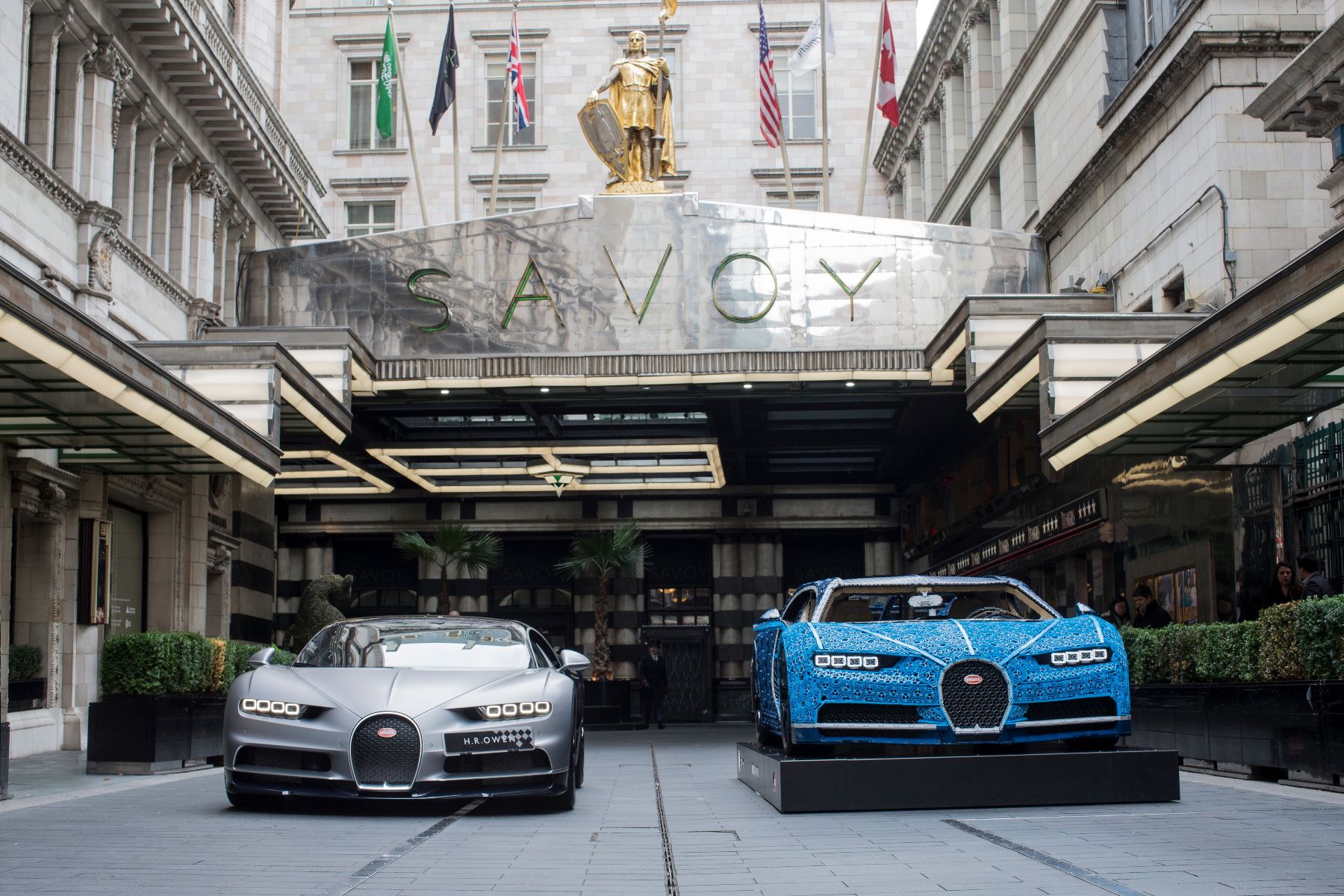 In this case, it’s the Lego Chiron, though production is at the very best unlikely…

The Lego car doesn’t offer quite the same level of performance as the real thing. In contrast to the 1,500hp and 261mph capability of the real car, the model packs 5.3hp and will top a heady 18mph.

What powers it? Rather brilliantly, 2,304 Lego Power Functions motors. These are connected to a steel chain, which then drives the shaft at the rear wheels.

So the Lego Bugatti is a rear-wheel-drive Chiron, rather than all-wheel-drive… 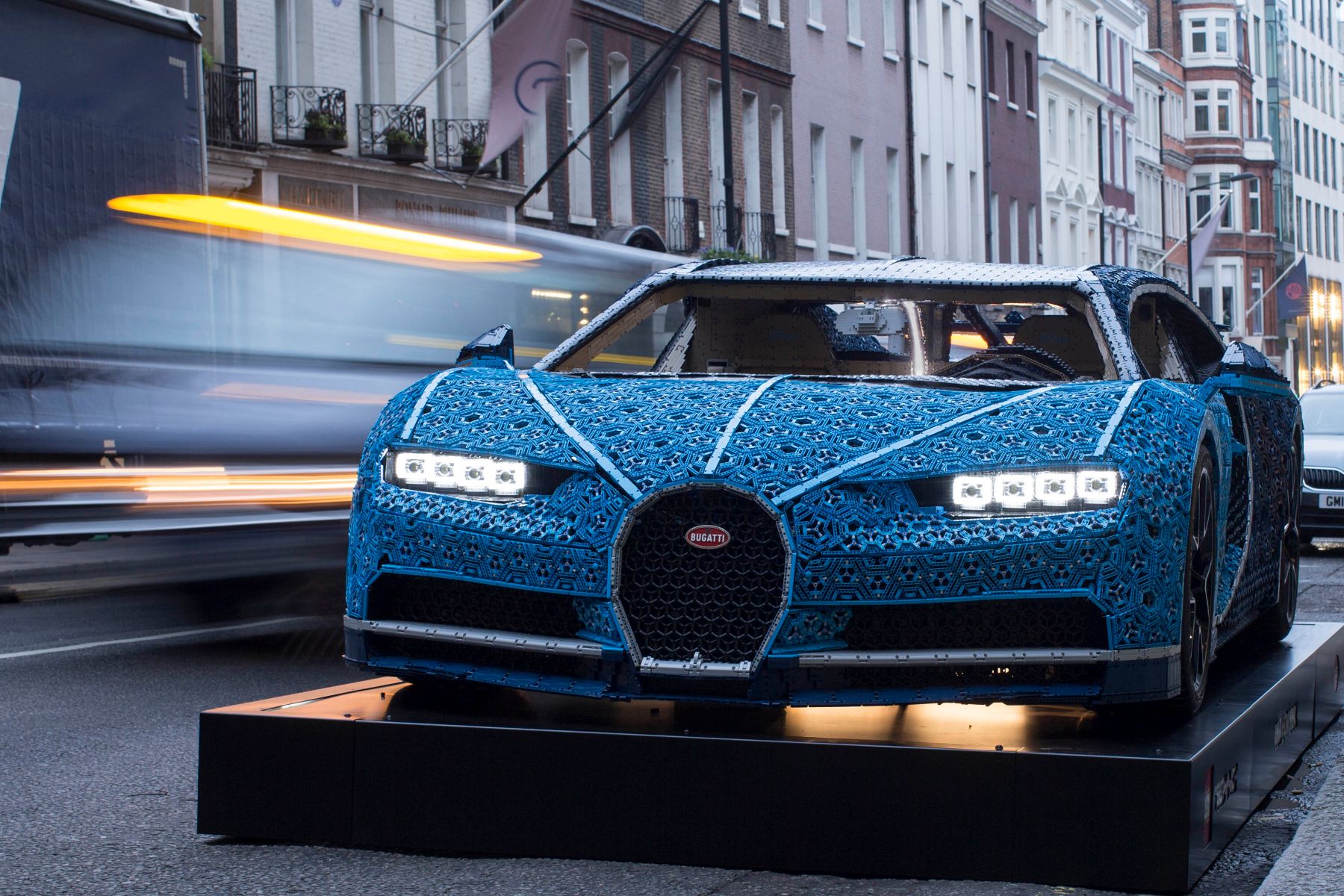 Now, the Chiron twins are embarking on something of a tour. Having made their way from H.R. Owen to the Savoy Hotel, they’re heading out to Westfield London, Westfield Stratford and finally Bluewater in Dartford.

Where to see the Lego Technic Bugatti Chiron