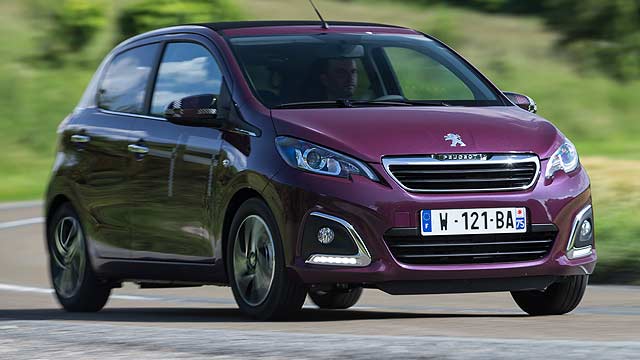 “The 107 is the kind of cheese you would have with a baguette,” says Peugeot 108’s design director (and chief designer of the 107), Ivo Groen. “The 108 is a cheese you would like to eat with a nice glass of red wine.”

That’s not Groen panning Peugeot’s outgoing city car – rather, it’s his way of say the new 108 is going a bit upmarket. It features more technology (such as the cool mirror screen which lets you access your phone through the car’s 7-inch touchscreen), and standard equipment on the top-spec Allure model includes leather seats. This approach has worked for the rest of the Peugeot range – the 308, for example, is now a serious competitor for the Volkswagen Golf and winning the awards to prove it.

Peugeot really wants to be competitive in the tough A-segment. After a year on sale, the company wants the 108 to account for a market share of 7%. That’s greater than the Toyota Aygo with which it shares its platform and factory (as well as the Citroen C1).

How’s it going to do this? It certainly doesn’t look as distinctive as the Toyota Aygo, in my opinion.

Well, for a start, Peugeot recognises that the city car sector is the only segment where females buy more cars than males. So it’s unashamedly feminine, with Peugeot saying it offers a “chick about town” character.

There are also a number of personalisation packs which are aimed towards women (young and young at heart). These range from diamond to tattoo, and include exterior and interior decals, door mirror covers and carpet mats. Even the key fob cover is personalised. 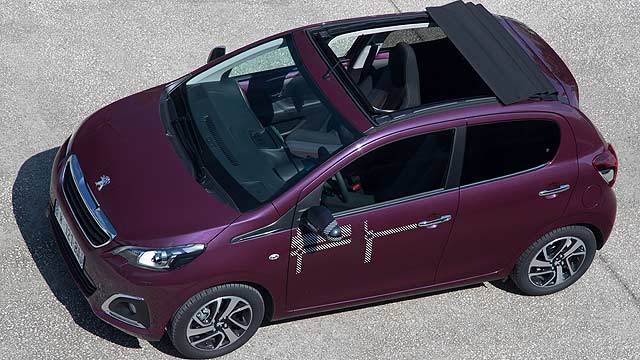 This is all well and good, but how will the car drive? Pretty good, if the new Aygo I drove last week is anything to go by. But today I’m in Paris, where I’ll be having a first drive of the Peugeot 108.

I’m particularly keen to try the 1.2-litre engine that the Toyota Aygo isn’t getting (and CJ mentioned was a highlight of the Citroen C1). While city cars don’t need to be quick, they’re being bought increasingly by buyers who want a car that is capable of the occasional motorway journey, and the 1.0-litre Aygo soon ran out of puff.

I’m also keen to try the Top! cabrio model. The retractable foldable roof isn’t available on the Aygo (yet), and I think it’ll prove popular with the youngsters (and female market) these cars are aimed at. After all, they’ll only pay £850 extra for a Top!, and that figure gets smaller when you divide it into monthly PCP payments.

Is there anything you want to know about the Peugeot 108 while we’re at its launch event in Paris? Let us know, and we’ll do our best to get an answer. Tweet us, Facebook us, or comment below.