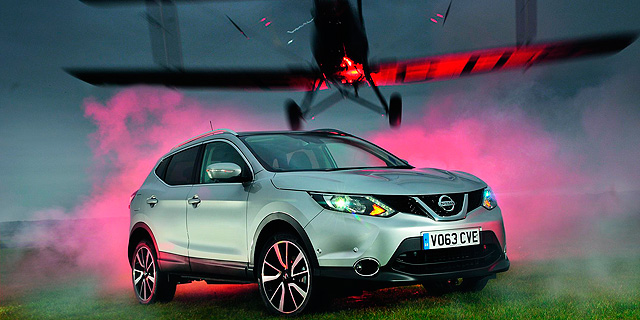 You’ve got to hand it to Nissan. Last night it was the What Car? Awards and the new Qashqai not only won best small SUV, it was crowned the overall winner.

Apart from the inevitable question surrounding What Car? getting into bed with Nissan well before the car was launched, this is a major milestone for the company. Nissan has never won this award before and, as one senior marketing person told me at a previous awards dinner, there’s only one award that really counts in the UK, and that’s What Car?’s.

The Qashqai is an incredible success story. The original dumpy hatchback surprised the world and struck a nerve that no one apart from Nissan knew existed. But the tall, plump hatchback idea, with more useable space than a Focus or Golf but no more expensive, was an instant success with families.

Every manufacturer has since wanted a piece of the action, with the most improbable cars being touted as Qashqai rivals – the Skoda Yeti, for example.

What this has done is prove that you can sell a car with a pseudo 4×4 appearance that has just front-wheel-drive. Sure, at the top of the range there will be a full bloodied four-wheel-drive, but few punters actually buy these, preferring the twin gains of better fuel economy and a lower price offered by the front-driver.

The new Qashqai certainly looks like a more pleasing design and I can’t wait to drive it. I am curious that the cheapest models now have a 1.2-litre petrol engine. That’s very small for such a chunky machine, so the turbocharging will be critical.  I am worried that, fully loaded with family, Nissan will have compromised driveability for the sake of some impressive CO2 figures.

There’s also that 1.6 turbodiesel, the largest capacity diesel on offer and flawed in its previous incarnation in the old car. Then the Qashqai could actually stall going slowly up a hill in second gear. I am guessing Nissan has sorted this out.

I could even be in the market for a new Qashqai myself. Except missing from the list is a 4×4 diesel auto. I wonder why?

The plane beckons. Nisan has a party of 50 on this trip, which is a record on a launch to my knowledge. Hope the plane doesn’t crash and wipe out a major proportion of the UK’s motoring journos.