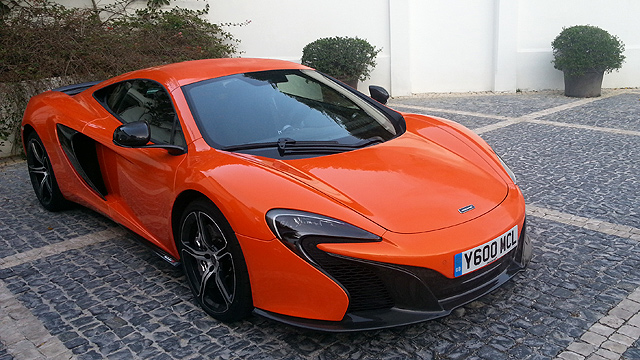 Today is going to be a good day. Today, I get to drive the McLaren 650S.

Driving impressions are under embargo until Wednesday, but since I haven’t actually driven the car yet I think we’re pretty safe.

The 650S is McLaren’s latest development of the 12C. Debuting at the 2014 Geneva Motor Show, just three years after the standard 12C first went on sale, the 650S is easily recognised by its McLaren P1-style front end design – one of a number of performance led modifications that will see this car stand as a distinct model in the McLaren range. Think of it like McLaren’s equivalent of the 458 Speciale. Except with all of the luxury still intact (and a kerbweight within a percentage point of it…).

On the surface it redresses all of those pub-chat criticism of the 12C in the process. The new styling is way more dramatic, the suspension is firmer, the drive (we’re told) sharper, and the 3.8-litre twin-turbo V8 has even more power. You can guess exactly how much, I’m sure: the clue is in the name.

It also has an increased range of options, as we’re told your typical McLaren customer likes to spend around another 10% of their car’s basic list price making it very much their own. That’ll be around £20k in the 650S’ case, the Coupe priced from £195,222 and the Spider from £215,222. Most customers also like to call on McLaren Special Operations for those little finishing touches, too; the actual options list is only the beginning for a car like this one.

12C production is currently suspended in favour of initial 650S supply, but won’t be going away entirely. McLaren says car buyers at this level unsurprisingly have several cars, and many 12C owners like that car for its relative subtlety and surprising everyday usability, so it will not be going away. Even so, if you were to order a 650S now you’ll still have to wait four months to get one. Safe to say McLaren is doing pretty well.

Right, better go, as I can hear the car’s being warmed up outside. Ascari here I come. More to follow…