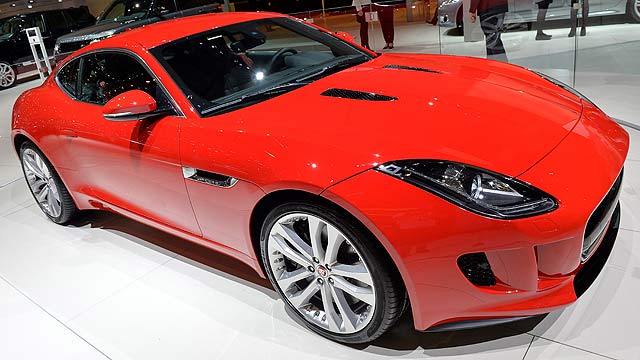 Just about to fly off to Spain for the Jaguar F-Type coupe launch event. It’s a full two days of driving, which may challenge some of my colleagues.

I could hardly believe my eyes when they simply stopped after a couple of hours on the recent Porsche Macan event, with all those lovely cars sitting outside begging to be driven.

There’s an overnight in Barcelona and then a flight to Llieda. From there we dash across country to the Motorland Aragon race circuit for a session in the 550hp F-Type V8 R Coupe. As you know, this has even more power than the roadster so there’s some potential for clenched buttocks.

There’s another heavy day of driving on Wednesday, so I should know the F-Type rather better than I do now. I didn’t ingratiate myself to Jaguar when I criticised the roadster for its small trunk, huge backside and the noise. I know the coupe has addressed at least the luggage issue, and it’s significantly cheaper too.

And thrown into the equation last week is that notice has been given of the imminent demise of the XK. That’s a car I liked a great deal, so the F-Type can now fill its shoes with more justification.