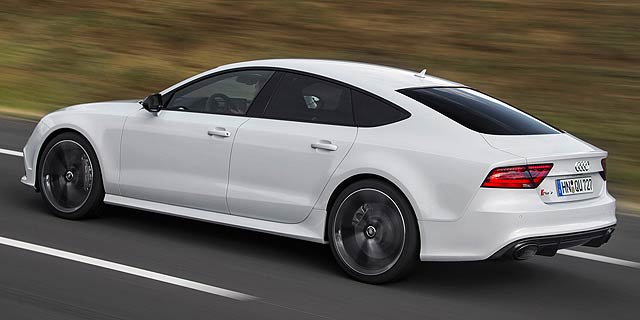 On a day of dire warnings as we experience the biggest storm on the planet right now, I’m off to drive two Audis with a collective 870hp.

Luckily, they’re fast Audis. So they’re quattro. So they have four-wheel drive. I at least stand half a chance, then.

Both are interesting. I had an RS 6 out earlier in the year and, after enjoying the S6 on its German launch, expected something just as nice, just sharper and more nicely focused. The reality was a bit disappointing. The lovely all-round ability of the S6 was gone, with something more two dimensional and aggressive being found in its place.

We’ll also see what Audi’s take on a super compact SUV is. The RS Q3 is a car that’s passed me by in the buildup. I’ve found it something hard to get excited by.

Then, by chance, I saw a Twitter discussion of Richard Meaden’s Evo drive – and he seems to like it. Rather a lot. And so my interest is piqued too.

We know Audi RS is a division about surprising (surely inexcusable?) highs and lows. Well, here are two diverse RS products that I have reasonably middling hopes for… but am hopeful of a surprise.

Out into the storm in a bit, then – although, here in the Cotswolds, it is actually brightening up. Don’t worry, there’s still plenty of wet roads, leaf mulch and other stormy obstacles to encounter. Quattro will still have its work cut out…