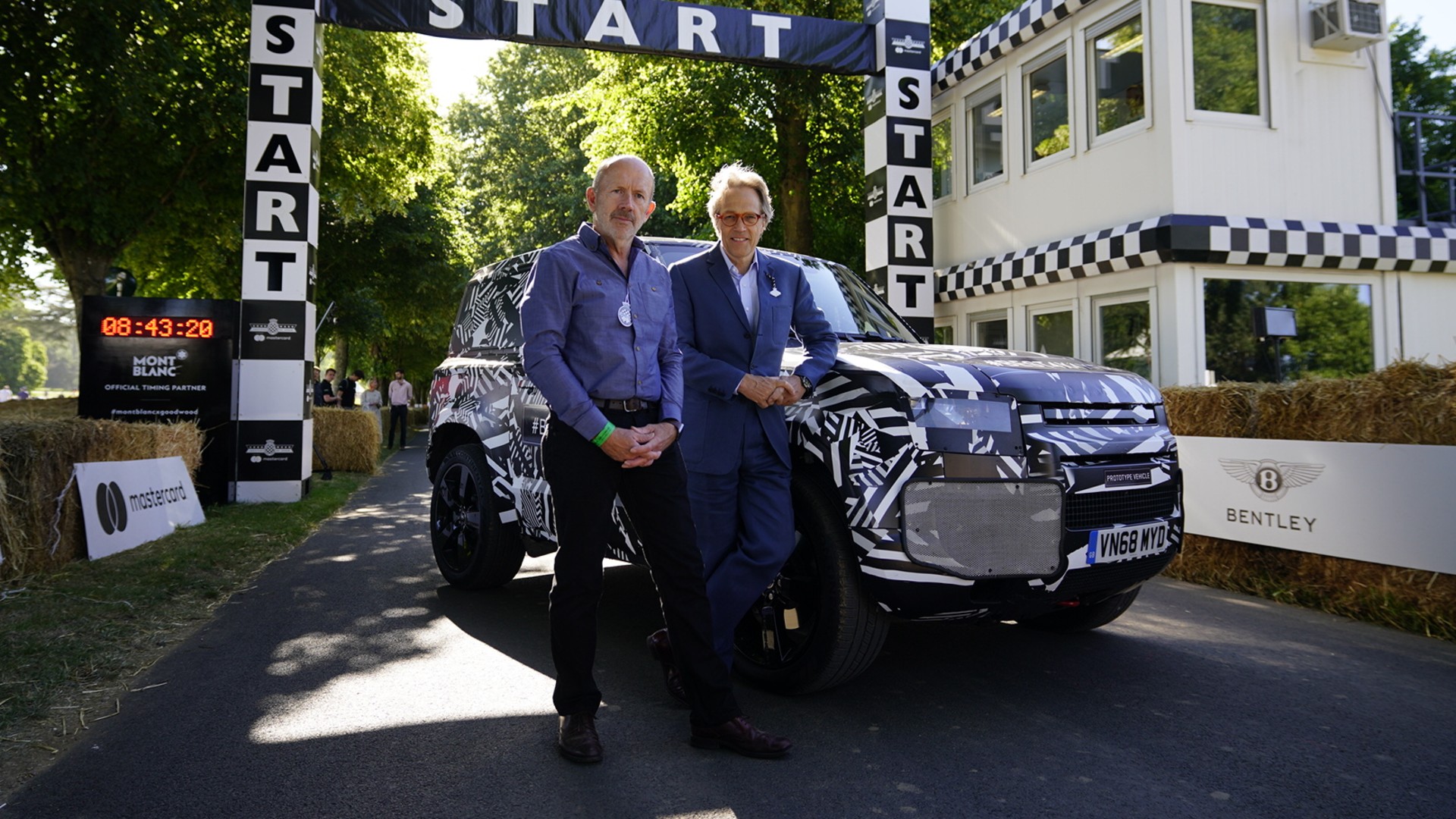 The Duke of Richmond, the man behind the Goodwood Festival of Speed, opened this year’s event in style – at the wheel of a disguised new Land Rover Defender. He was first to drive up the famous Goodwood hill.

The Duke must also be one of the first people outside Land Rover itself to drive the Defender. And although it was effectively camouflaged, there’s no hiding that recognisable Land Rover silhouette. 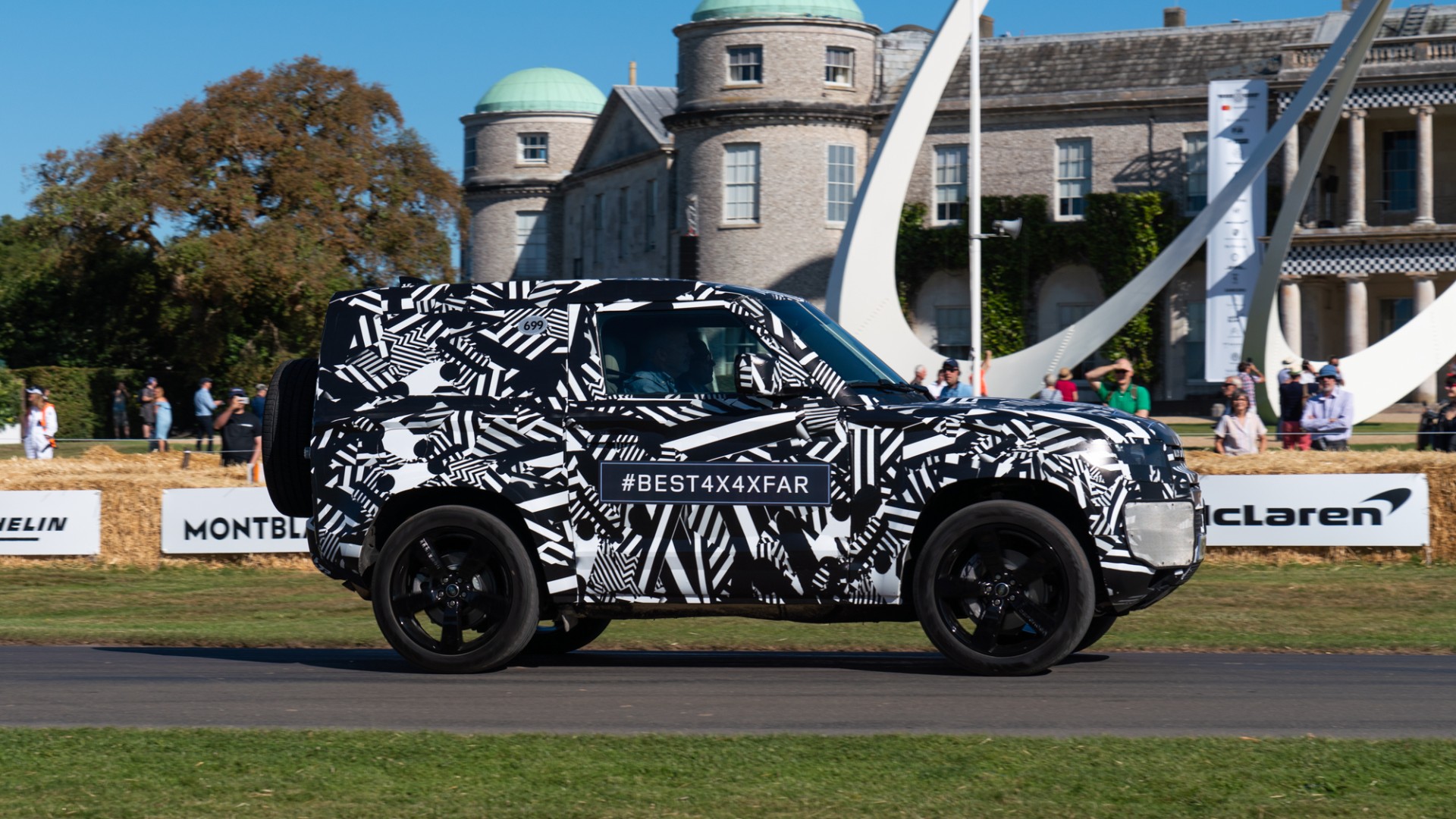 “The new Defender will redefine breadth of capability for the 21st century, combining unrivalled off-road ability with assured and engaging on-road dynamics. I am really excited to be putting it to the test on the hill,” said Land Rover chief engineer, Mike Cross.

You’ll able to see the Defender on the hillclimb at the Goodwood Festival of Speed every day over the course of the weekend. After today’s (Thursday’s) three runs, it will have a further five runs up the hill over the course of Friday, Saturday and Sunday.

The Duke of Richmond actually has the last chapter of the Land Rover story in his collection, in the form of a Works V8 Defender. It’s fitting, then, that he should open this year’s event with the new-generation car. 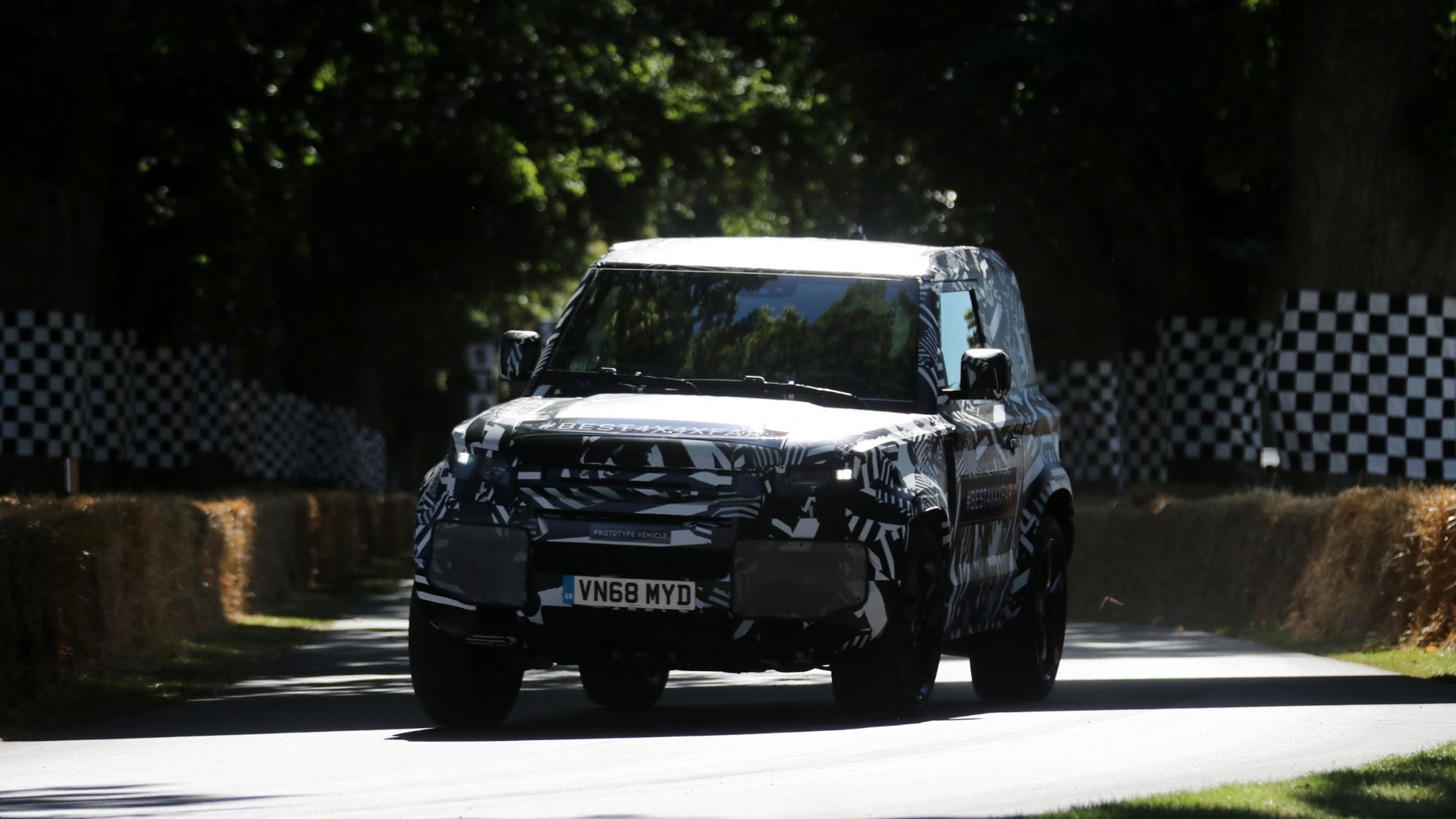 “Few vehicles in the world can claim to be an icon, but that’s the only way to describe the Land Rover Defender,” said the Duke of Richmond.

“It’s extremely close to my heart and a vehicle that I’ve had a close connection with over the decades, so to be able to open this year’s Festival of Speed by driving it up the hill was a real privilege.”