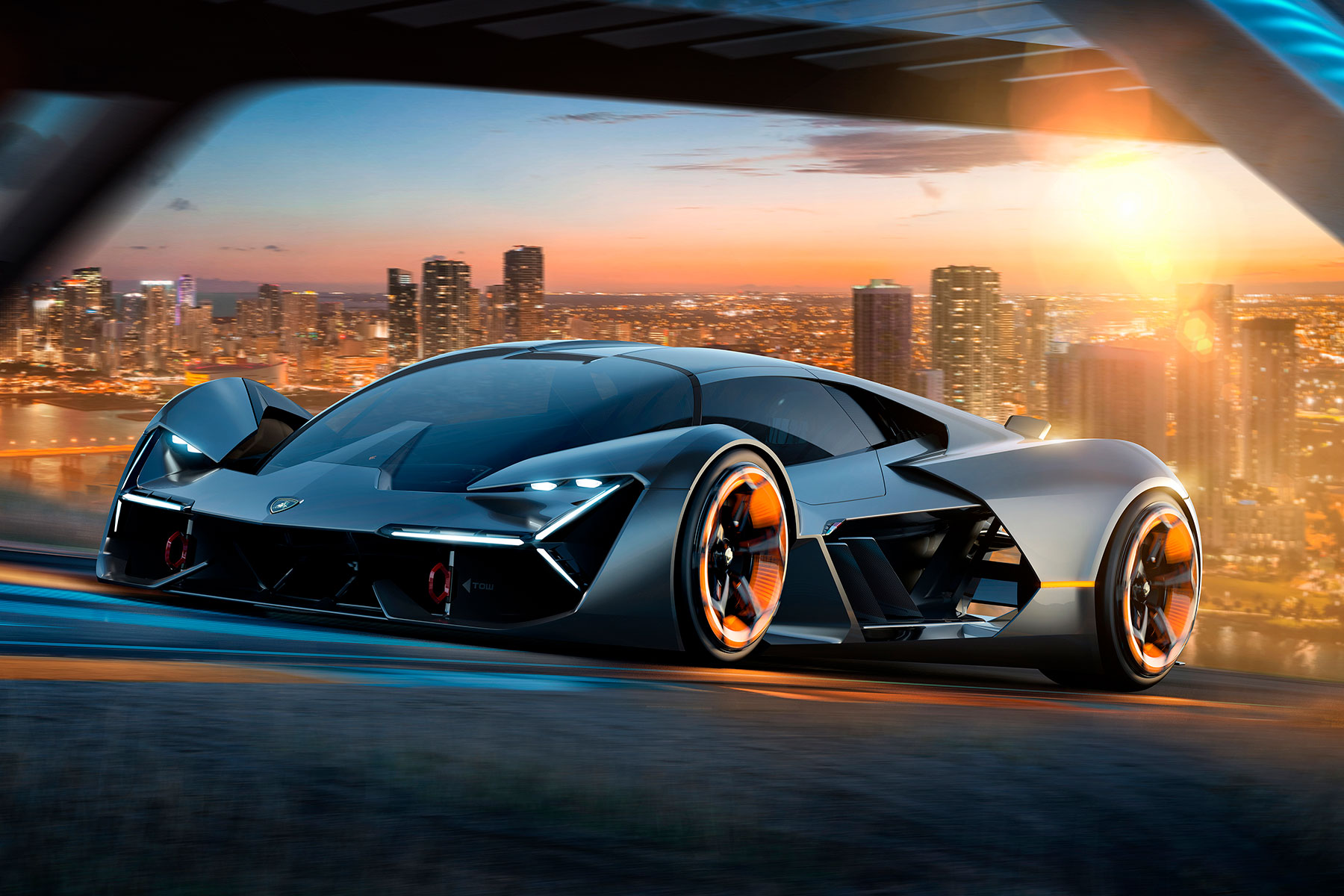 Lamborghini has teamed up with academics from two laboratories at the famed Massachusetts Institute of Technology (MIT) to create an all-electric supercar for ‘the third millennium’ – the Lamborghini Terzo Millennio.

To say it’s a cutting-edge supercar is putting it mildly: this is an electric car that doesn’t have any batteries. Instead, it uses supercapacitors – and the boffins are even investigating using the carbon fibre bodyshell itself as a storage system. New manufacturing techniques would enable energy to be accumulated in the carbon fibre, which MIT’s Professor John Hart describes as “concepts that will shape the future of transportation”.

There’s more. The carbon fibre will ‘self-heal’. It will monitor its own health and, if it detects cracks and accident damage, will initiate a self-repairing process “via micro-channels filled with healing chemistries”.

Within each wheel on the Terzo Millennio lies an electric motor – so the Lambos of the future will still be four-wheel drive. They’ll be extremely powerful and fully reversible, creating new opportunities in thrilling vehicle dynamics – a “new dimension… unknown from [today’s] electrified cars”. It’s the first step in creating “a Lamborghini Electric” says the firm. 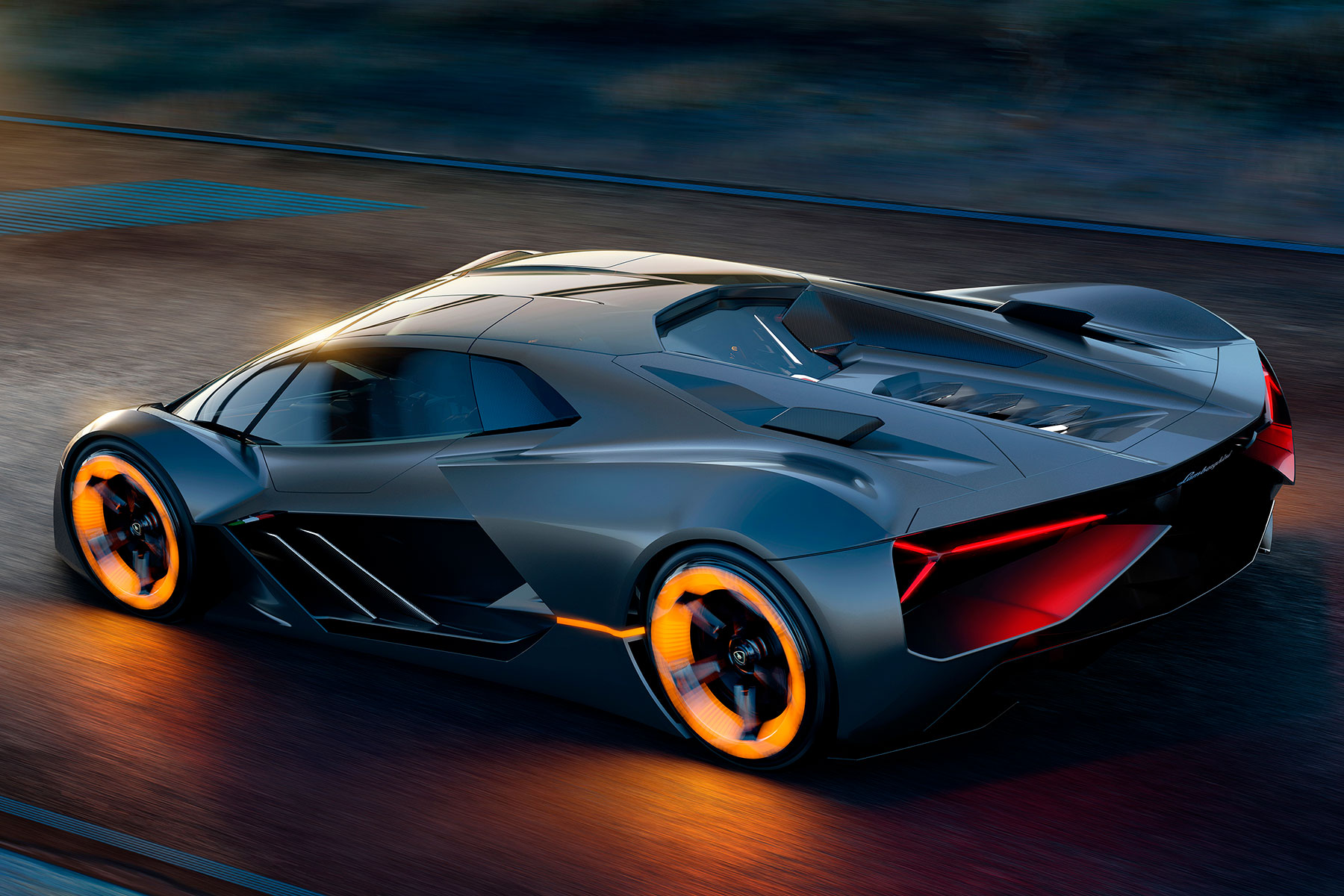 Because the designers don’t have to worry about engines and gearboxes getting in the way, they’ve been able to go all-out on both how the Terzo Millennio looks and how advanced its aerodynamics can be. It’s a “radical expression of aerodynamic supremacy,” sings the firm, “based around an entirely new architecture, totally dedicated to perfecting airflow”. The carbon fibre monocoque needs only to house the emergency accumulation system and two seats; everything else can be handed over to aero optimisation.

Oh, and just for good measure, it can drive itself – ridiculously quickly. The Piloted Driving functionality will take drivers around racetracks as quick as a real racing driver, showing them how fast they could go. The driver can then take over “to feel like a ‘pilot’ himself, experiencing the real car and circuit while following the virtual ghost car”.

At this stage, it’s very much a dream car, one still largely rooted in the brains of university professors. But the goal is clear: help Lamborghini start thinking about the supercar of tomorrow in five areas – what will power and drive it, what it’ll be made of, what it will look like and, just as importantly, what sort of emotions it will stir.

On first evidence, those emotions seem pretty electrifying to us…

>NEXT: A Lamborghini Huracan has been given a taxi licence