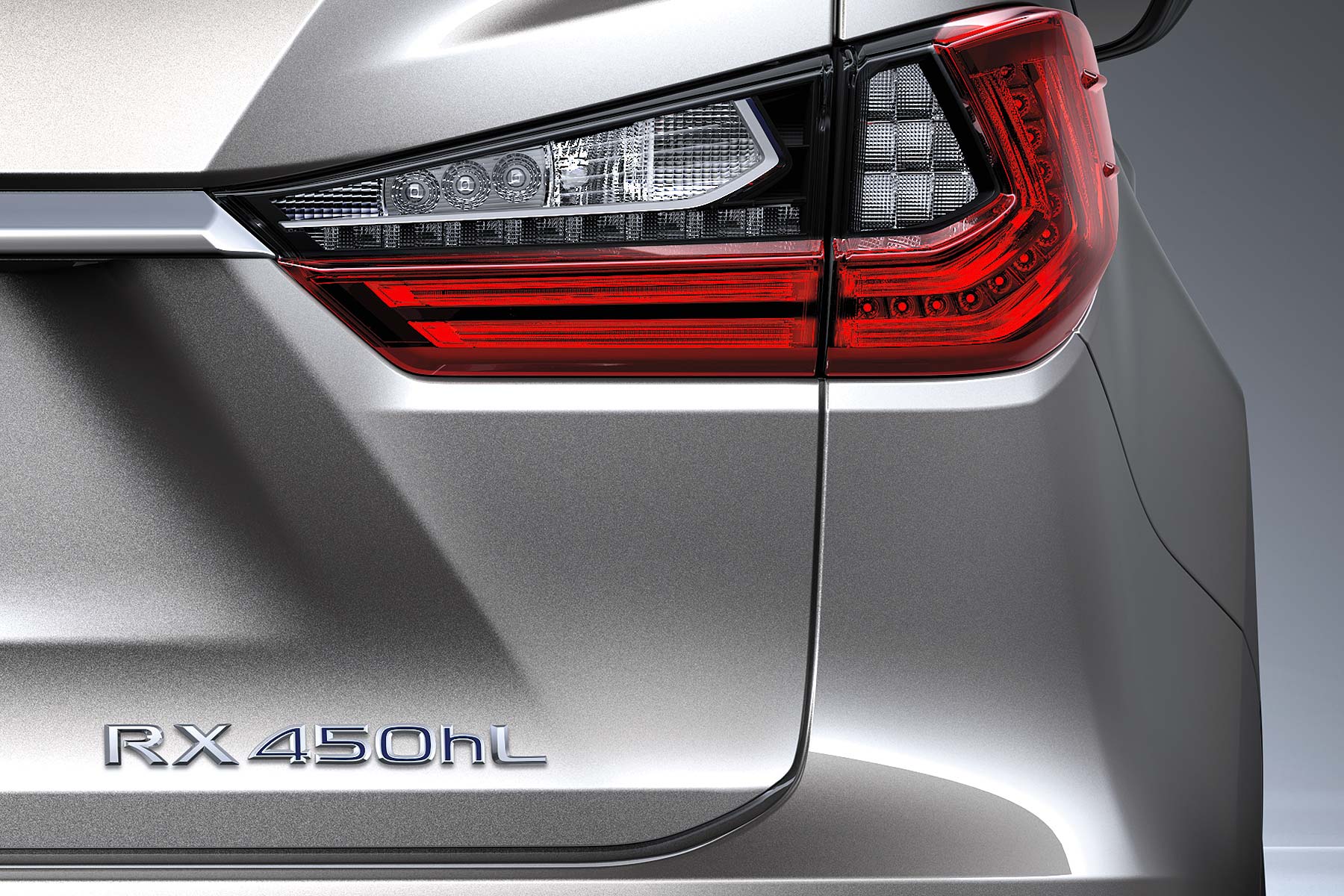 Lexus is looking to take on the big Audi Q7 with the launch of a new seven-seat version of its posh hybrid SUV, the RX L. Teased here, the new model will fully debut at the 2017 LA Auto Show later this month.

Indicated by the ‘L’ in the name, Lexus is presumably squeezing in the third row of seats by stretching the wheelbase of the existing RX, which is already an SUV 4,890mm long.

An Audi Q7 is 5,052mm long, so presumably the new seven-seat Lexus will also grow to over five metres. It remains to be seen by how much Lexus will use this new metalwork opportunity to tweak the styling of the hybrid SUV.

The teaser image it’s released suggests changes may be mild…

As indicated by the name, the Lexus RX450hL will use the firm’s petrol-electric hybrid drivetrain, making it a more on-message alternative to the TDI diesel-powered Audi Q7 e-tron. That car costs from £66,000 and it’s expected the seven-seat RX L will also nudge over the £60k mark.

Can’t wait to hear more? Well, you’ve a few weeks yet to hold on. The new model will be revealed on 29 November in LA. We’ll be there so come back then to hear more of the new family-friendly addition to Lexus’ posh SUV line-up.