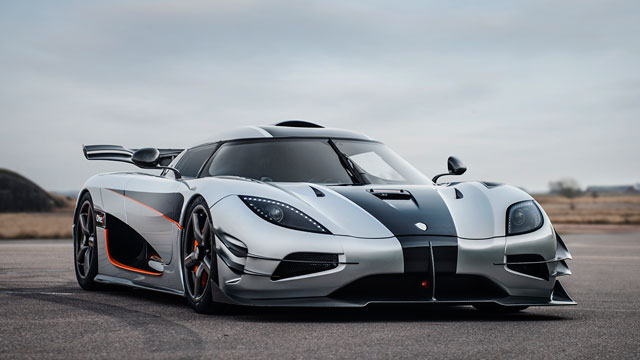 Goodwood FoS will play host to the remarkable Koenigsegg One:1. It’s a Top Trumps legend in the making…

Koenigsegg’s mental Agera One:1 will make its UK debut at the Goodwood Festival of Speed next month.

Dubbed “the world’s first megacar”, the One:1 was unveiled at the Geneva Motor Show in March and has 1,340hp – or 1 megawatt of power, and a power to weight ratio of 1:1.

That’s a lot of power – and it all comes from the 5.0-litre V8 engine as seen in the Koenigsegg Agera R, tweaked for an extra 200hp. No fancy hybrid gubbins here, just raw V8 horsepower. And a bit of bio-ethanol fuel.

Its chassis is carbonfibre and 20% lighter than the Agera R’s, and even the wheels are made out of carbonfibre. 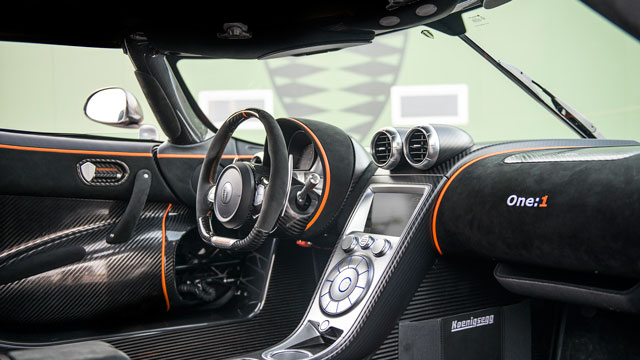 So, there’s one question we all want to know the answer to… “how fast will it go, mister?” The answer is simply, very flipping fast. It’ll hit 400km/h (that’s 248.5mph) in 20 seconds. It even puts in a case for being the fastest car on the roads.

The company tells us the One:1 features “jet-like 2G cornering capabilities”, partly thanks to the bespoke Michelin Pilot Sport Cup 2 tyres. We doubt they’re cheap.

Which brings us to the price. Koenigsegg hasn’t officially said how much the One:1 will cost, and all models being built have already sold. We expect the very select owners paid considerably over £2million each.

If, like us, you’ll be happy just seeing it in the metal, touching it and thinking what 0-250mph in 25 seconds feels like, you’ll be able to at the Goodwood Festival of Speed on June 26-29. We’ll see you there, where we’ll be reporting live.