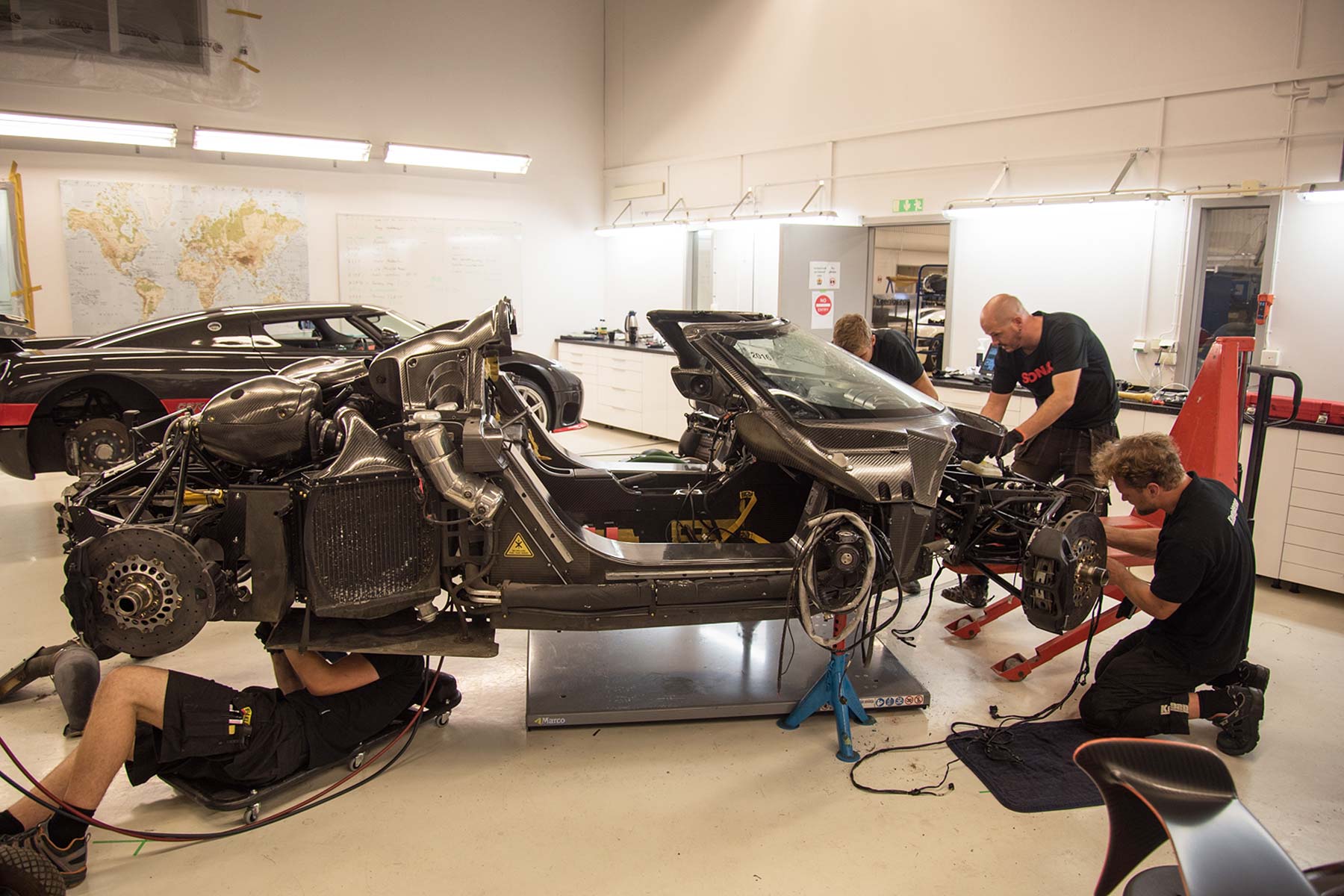 Koenigsegg has revealed a fault with a front ABS wheel sensor was the cause of its severe high-speed smash at the Nürburgring on Monday 18 July – but the Swedish supercar company has said it WILL return to the Nordschleife to go lap record-chasing.

Because the ABS system was faulty, the Koenigsegg One:1 hypercar locked its front brakes at 170km/h (105mph) going into the tricky Fuchsrohre section, revealed Koenigsegg: its data shows the car hit a fence at 110km/h and was launched into the air for 22 metres.

The car turned 180 degrees, landed on its left rear wheel and pivoted to finally land parallel to the fence.

A small fire followed in the rear section, but this was traced to the carbonfibre bodywork making contact with the hot exhausts: the fuel shut-off system worked as it should, as did the airbags and other safety systems.

So why wasn’t the unnamed driver aware of the fault? Koenigsegg says that a warning light was glowing to say there was a fault with the ABS system – but as it’s a small light located in the centre of the dash, the helmet-clad driver didn’t spot it.

To be honest, they were probably concentrated on other things.

They also wouldn’t have noticed any difference in brake pedal feel – until they activated the ABS. The Fuchsrohre section is one of the first sections on the Nordschleife where ABS is activated…

Koenigsegg engineers took time out at the Swedish factory on Wednesday 20 July trying to replicate the fault: they disconnected the front left wheel ABS sensor and braked hard from high speed. The behaviour of the car exactly matched that of the Nürburgring crash.

Koenigsegg now has the crashed One:1 back in the workshop at its HQ, and today has released an image of the disassembled car. As you can see, it’s stood up to the high-speed crash well, and even both doors could be opened and closed cleanly.

‘We will be back’

The crash hasn’t put Koenigsegg off chasing a new record Nürburgring time either, but the company says it will take some time out to rebuild the car and roll out technical updates that will be fitted to customer cars too.

“Will we be back this year? That is… hard to say at this point, but we won’t say a definite ‘no’.”

Oh, and how is the driver? Fine. He went to hospital for precautionary tests, but was released later the same afternoon. Koenigsegg even thanked him for putting out the fire straight after the incident.