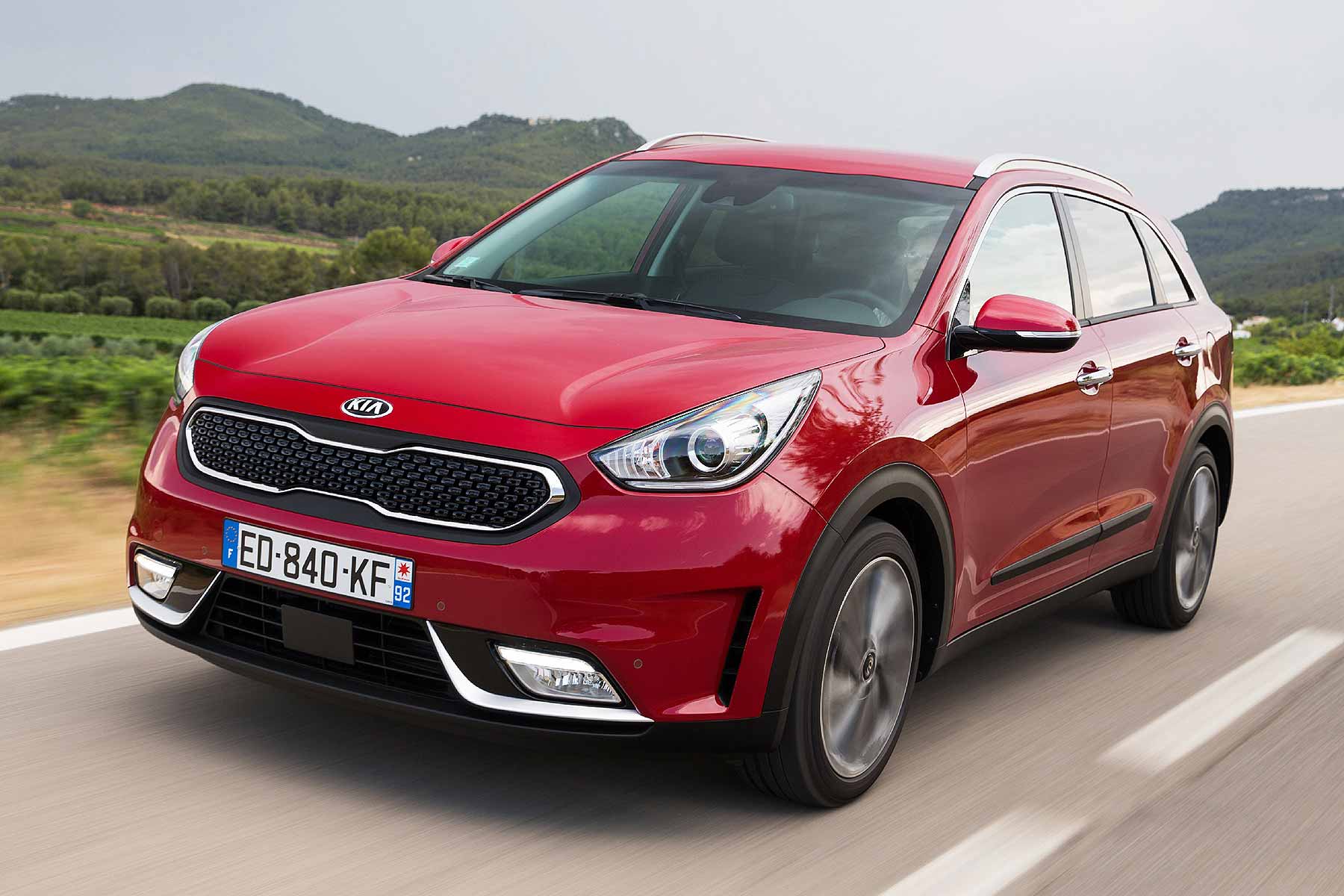 The new Kia Niro launches in the UK next month and ahead of its dealer debut, Kia has confirmed prices for the hybrid crossover will start from £21,295.

Kia’s only offering the Niro with a single 1.6-litre GDi petrol-electric motor for simplicity’s sake: the 139hp hybrid can return up to 74.3mpg and emit as little as 88g/km CO2, immediately giving it eyebrow-raising green potential in a crowded crossover sector.

That’s only for 1 and 2 grade models though: 3 and the launch First Edition have larger alloy wheels and non-eco tyres, which pushes CO2 up to 101g/km and reduces average economy to 64.2mpg.

All models come with a six-speed DCT automatic transmission, which operates in a parallel hybrid manner – most of the time, petrol and electric motors work together but the Niro can also run as a full EV.

The direct injection petrol engine runs on a fuel-saving Atkinson cycle, the first Kia to do so. It produces 104hp but is boosted by the 43.5hp electric motor. 0-62mph takes 11.1 seconds and the top speed is a slightly weedy-sounding 101mph.

Kia has confirmed there will not be a regular non-hybrid version of the Niro – but there will be a plug-in hybrid with an enhanced electric-only driving range. 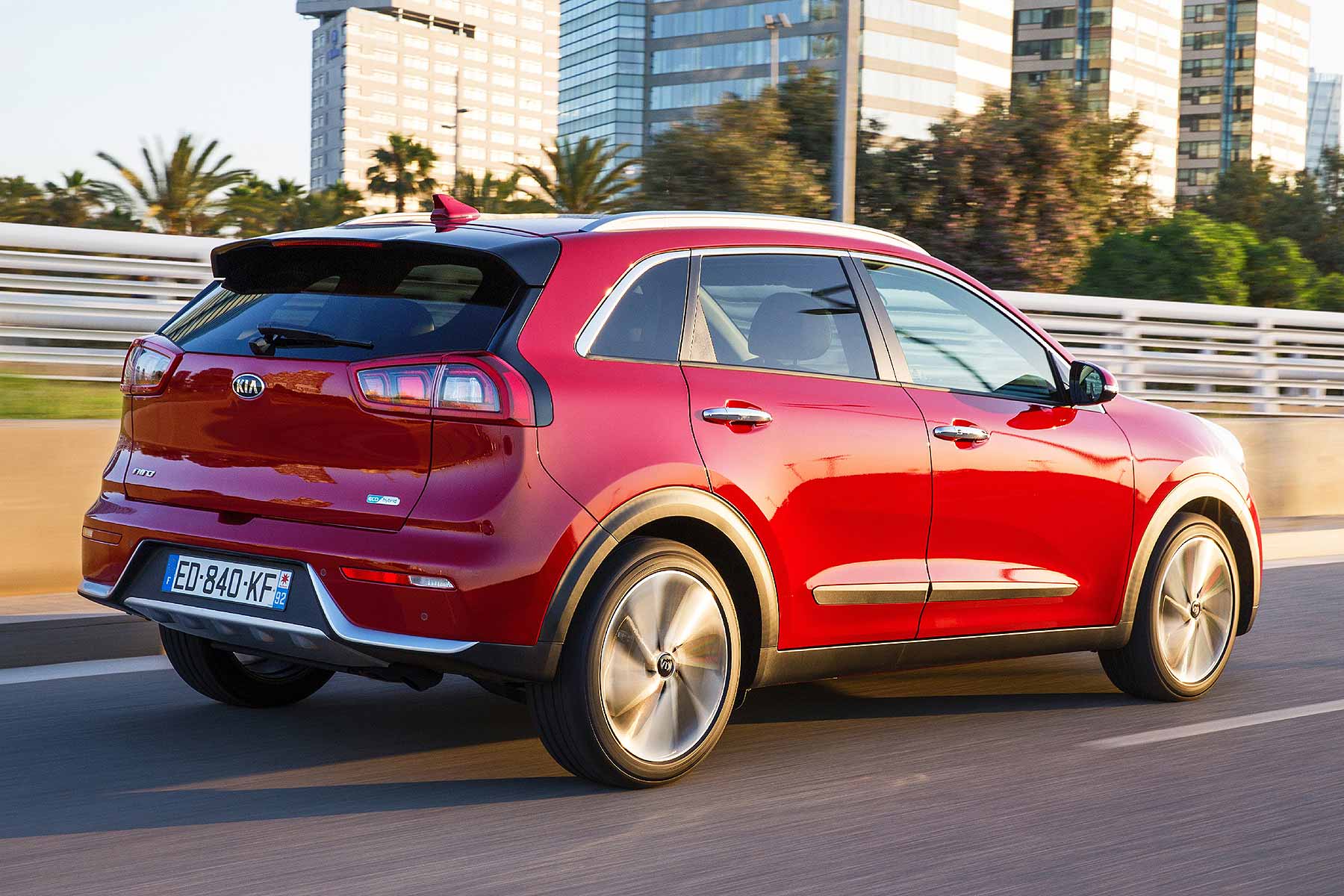 Because Kia already sells the popular Sportage compact SUV, it’s designed the Niro to be a bit smaller: at 4,355mm long, it sits in between the Cee’d hatch and Sportage (this places it roughly similar in size to a Nissan Qashqai). A long wheelbase boosts interior space, promises Kia, while a 427-litre boot betters a Volkswagen Golf.

The launch First Edition costs £26,995 and has a comprehensive haul of active safety tech: autonomous emergency braking, blind spot detection and smart cruise control. The front seats are ventilated and the rear seats heated, and they’re trimmed in unique grey leather. It also has an electric sunroof.

Kia says the arrival of the Niro in the UK next month is a key part of it cutting the average emissions of its range by 25% before 2020.