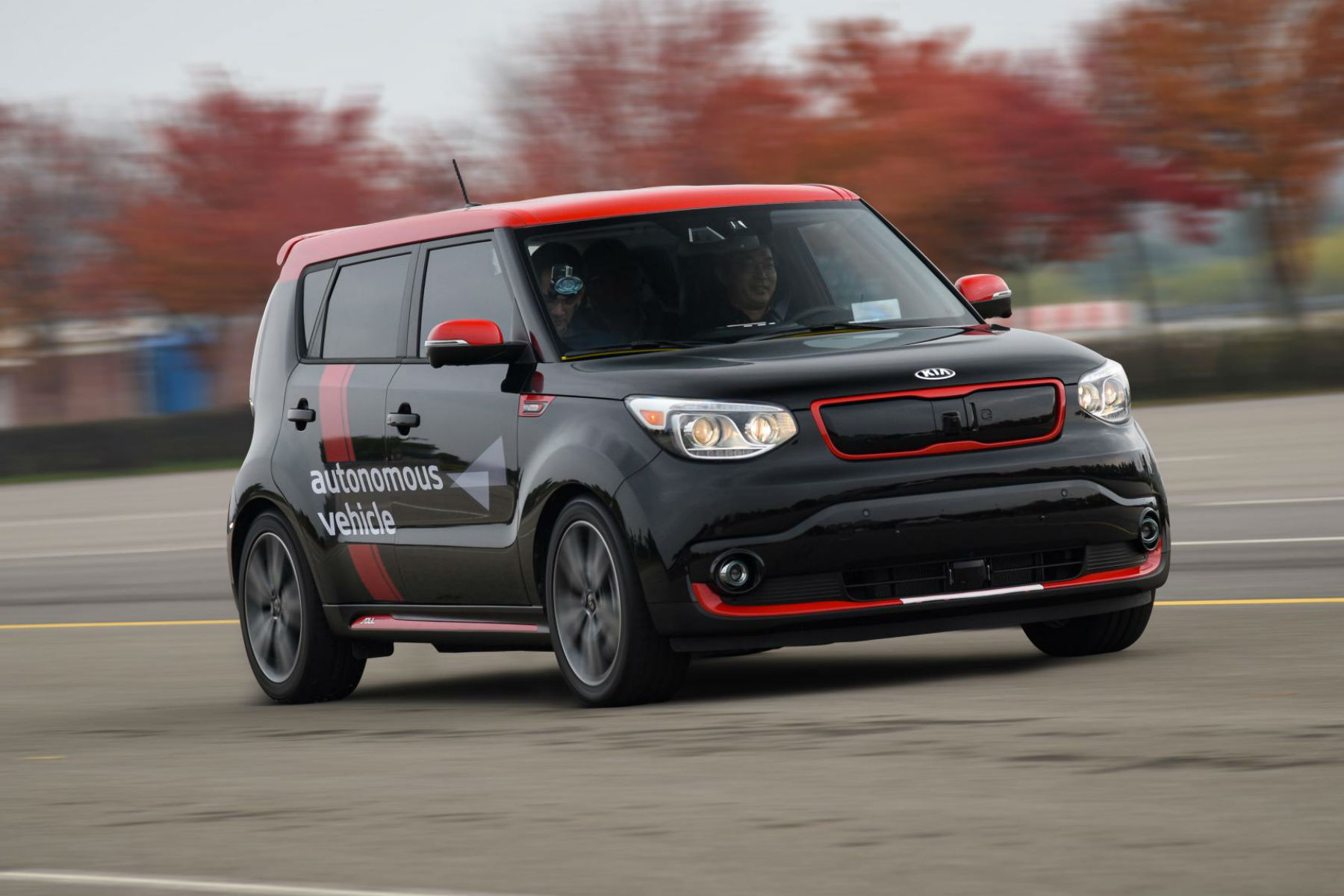 The Korean car company has said it will invest £1.3 billion into the development of the technology by 2018. The first goal will be to introduce partially-autonomous driving technologies, such as a remote parking system that will make a car park itself at the press of a button on the keyfob. Cars with this technology could be on the road by 2020.

Hyundai Group’s vice president, central advanced research and engineering institute, Tae-Won Lim, said: “Fully-autonomous vehicles are still some way off, and a great deal of research and rigorous product testing will need to be carried out to make the ‘self-driving car’ a reality. Kia is still in the early stages of developing its own technologies, and we are confident that the latest innovations – both partially and fully autonomous – will ultimately make driving safer for everyone.”

Smart Kia cars of the future will have a range of technologies focusing on three areas so they can function without a driver.

They will have new sensors so they can detect other vehicles, read the road ahead and identify poor driving conditions. Advanced computing systems will enable the cars to make decisions based on the information gathered by the sensors. And the computers will use their active mechanical and electronic systems to drive the car.

In order to reach this stage Kia will first work on three semi-autonomous systems. Highway Driving Assist will comprise a lane guidance system and smart cruise control. Traffic Jam Assist will take over around town and prevent the vehicle getting too close to the car in front. And, our favourite, the Remote Advanced Parking Assist System, will enable a driver to park their car simply by pressing a button on the keyfob.