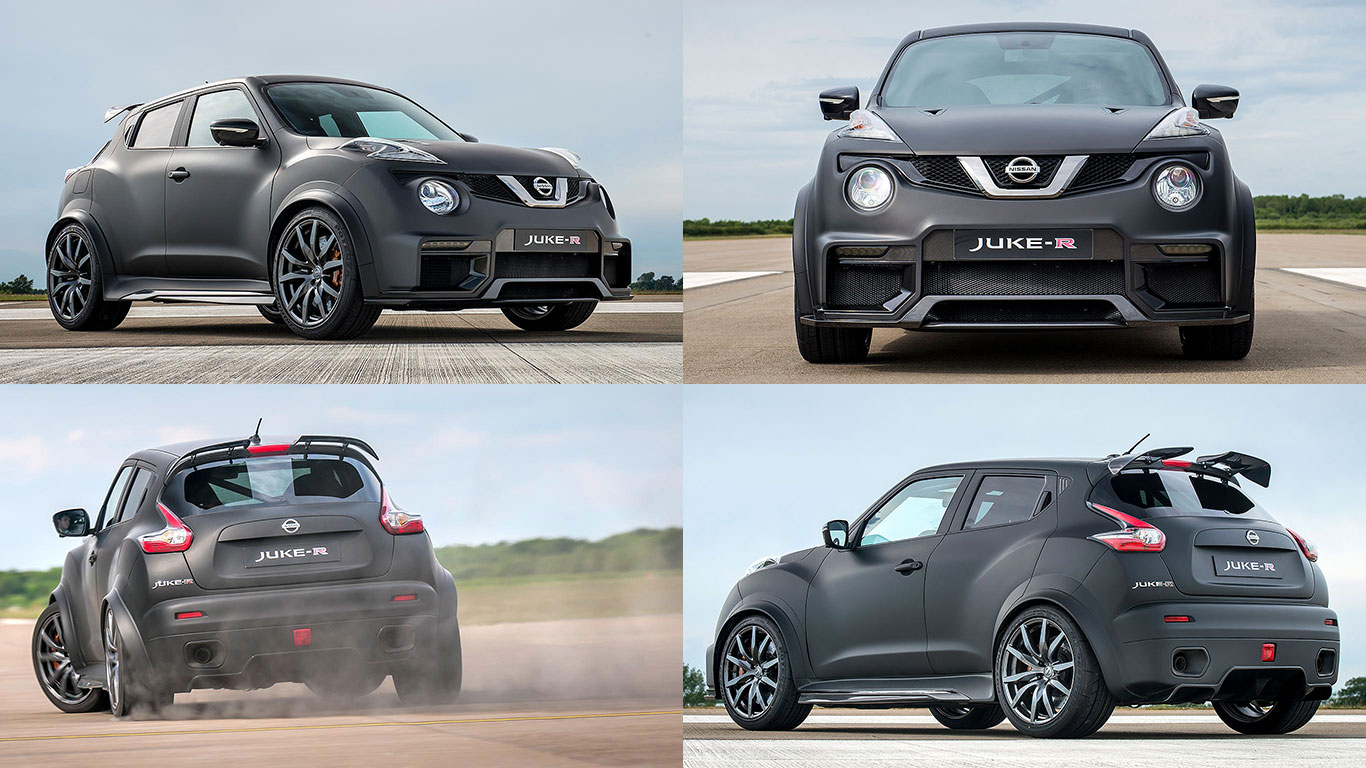 Take one Nissan GT-R Nismo supercar and one Nissan Juke city-friendly crossover. Combine. What do you get? A crossover supercar that’s been revealed at the 2015 Goodwood Festival of Speed‘s Moving Motor Show! Read on to find out more… 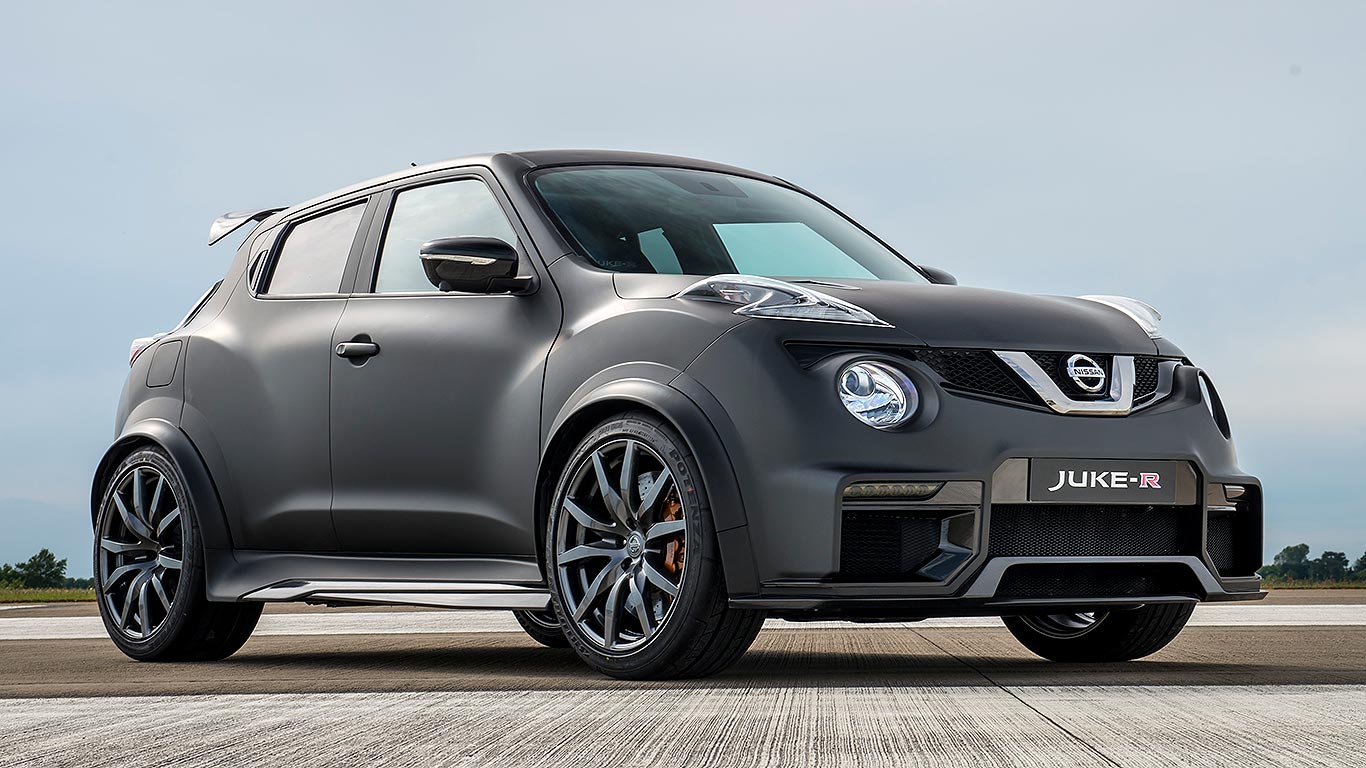 Remember the original Nissan Juke-R – a madcap creation that squeezed a Nissan GT-R engine into the mild-mannered Nissan crossover? Well, Nissan’s at it again – using a GT-R engine this time tuned to a full 600hp… 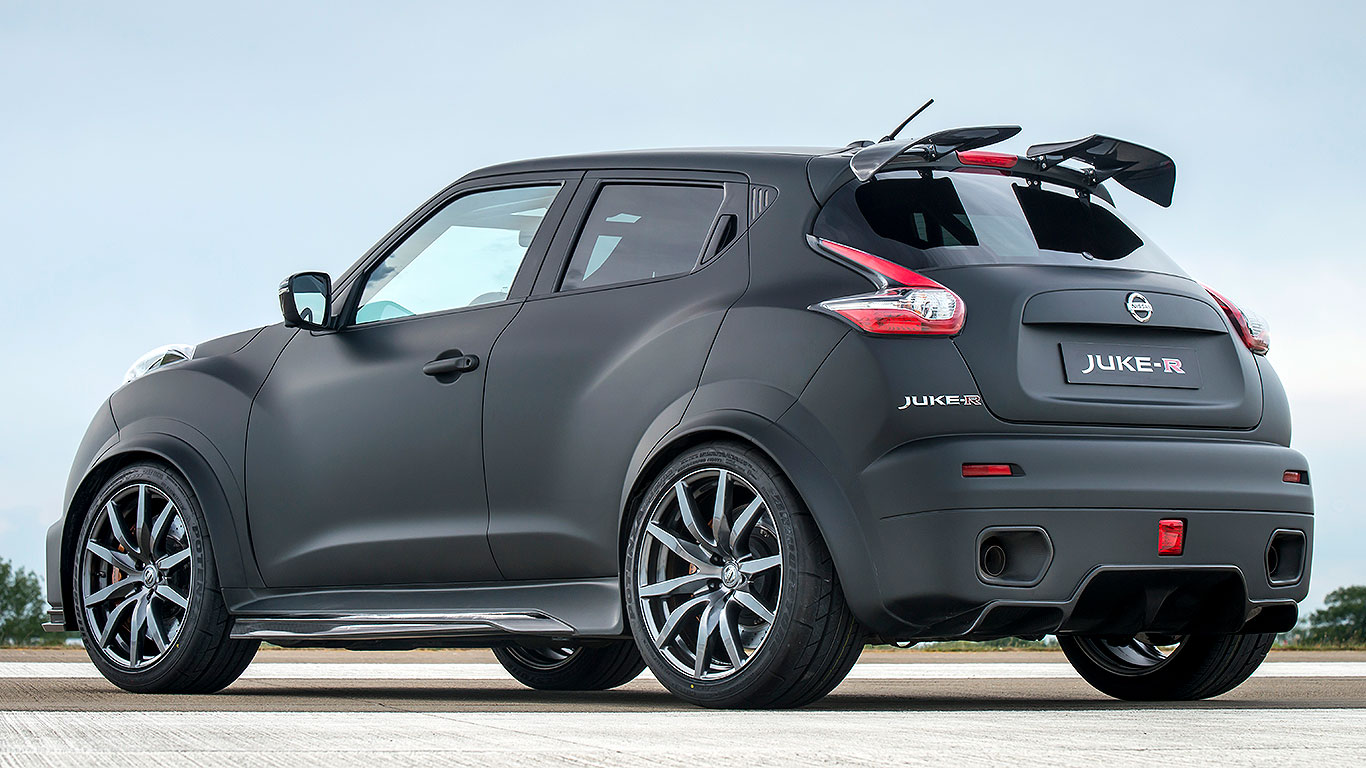 Based around the 2014 facelifted Juke, the new Nissan Juke-R 2.0 boast the full-fat engine from the Nissan GT-R Nismo. As you’d expect, squeezing it in has been no mean feat… 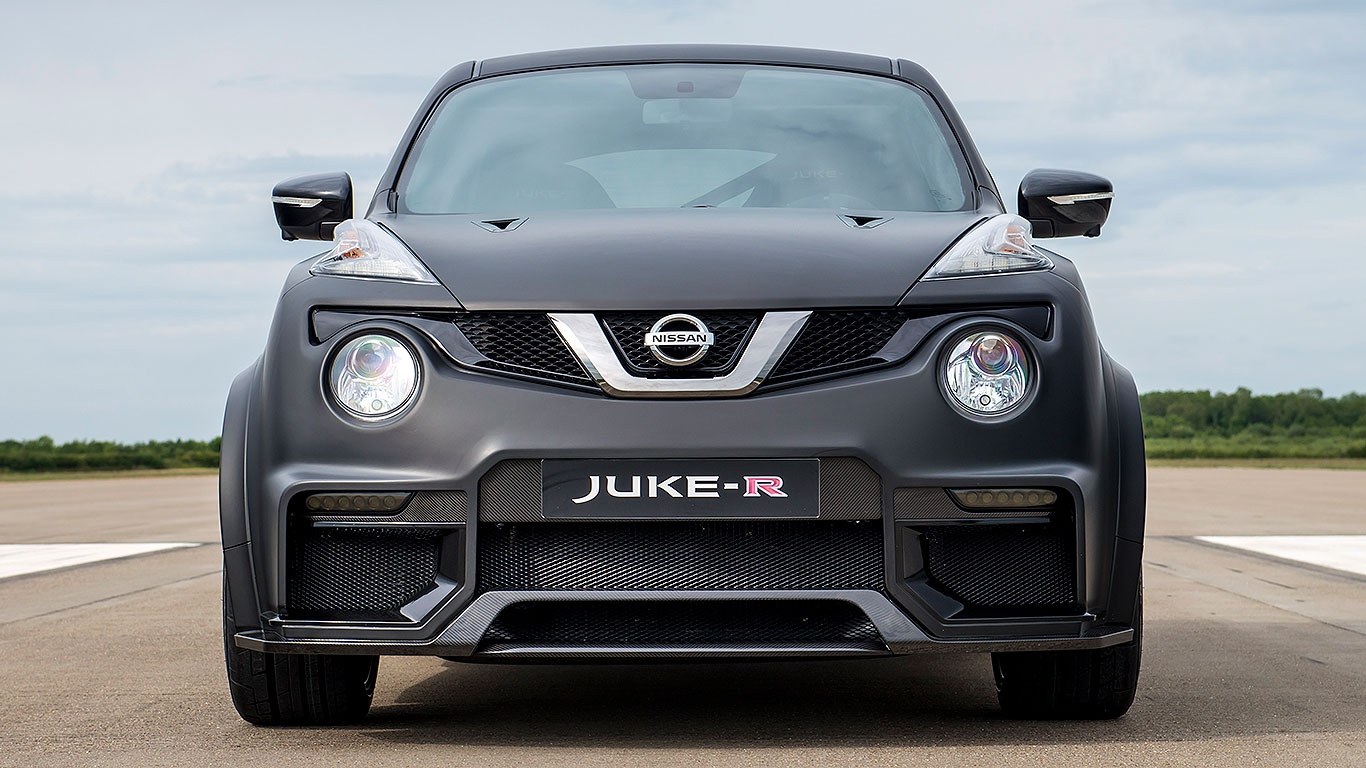 There’s an all-new front bumper, for example, with cooling slots increased by a full 100%. That’s how hungry the motor is for fresh air. 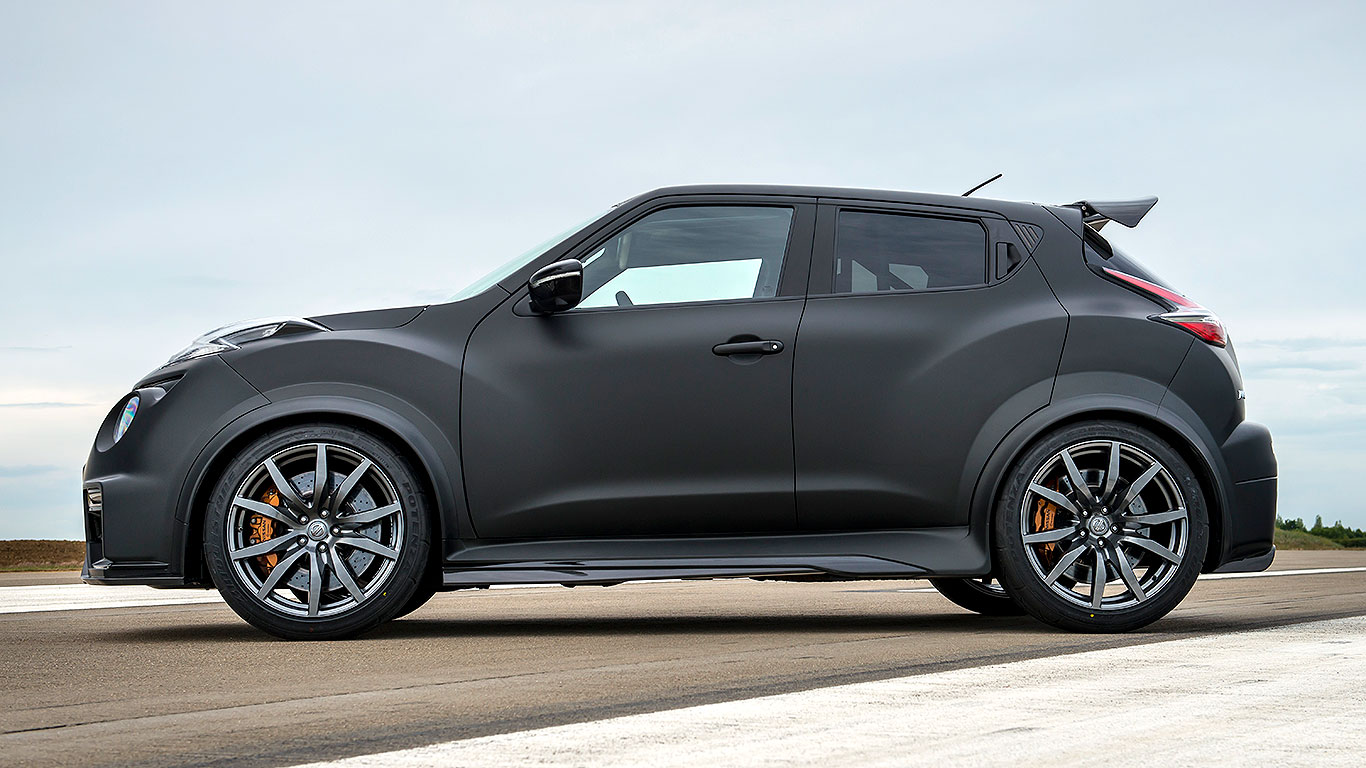 Nissan’s fitted full carbon fibre front and rear wheelarch flares and side sills, all better blended into the design than the original Juke-R. Speaking of which… 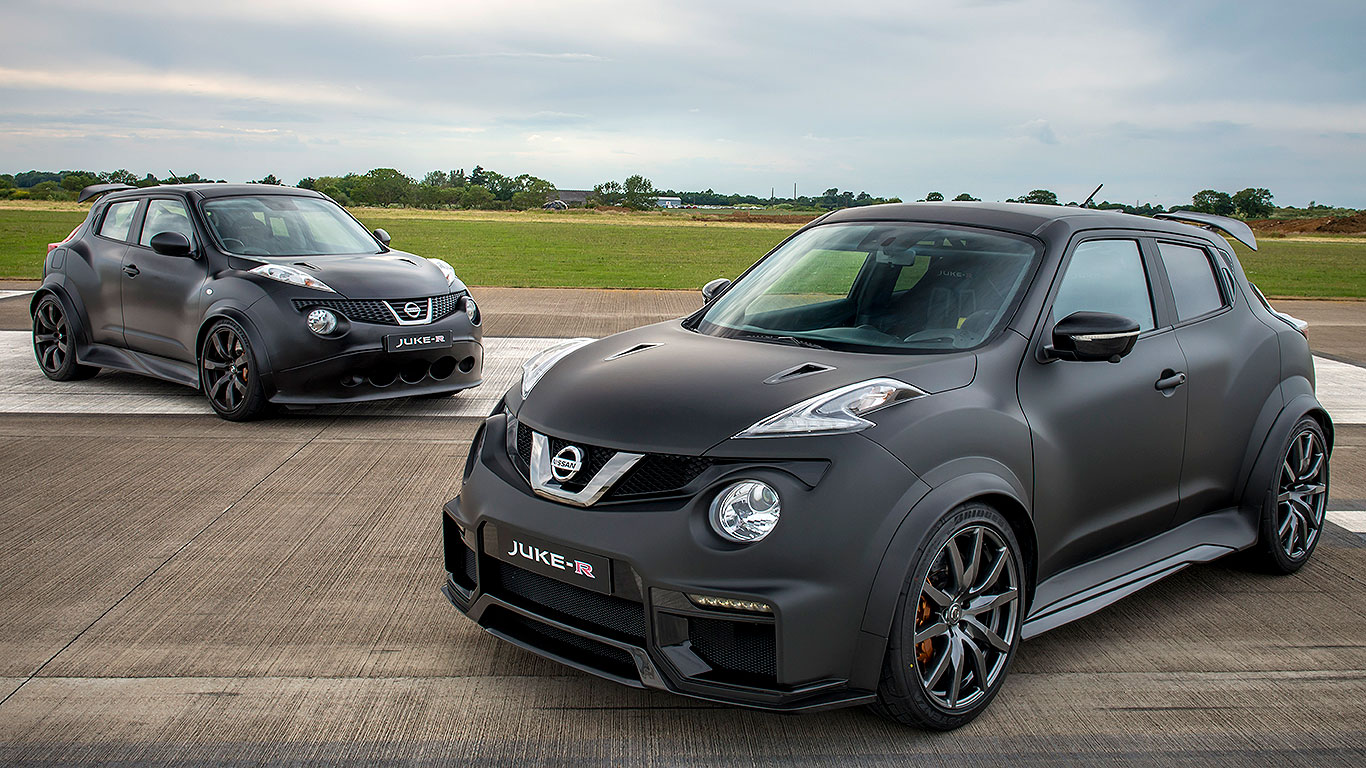 Nissan brought the old and new Juke-R together, so we can ring the changes. Subtle, sure, but they are there – and it IS proof that this isn’t just an overhauled version of the original car! 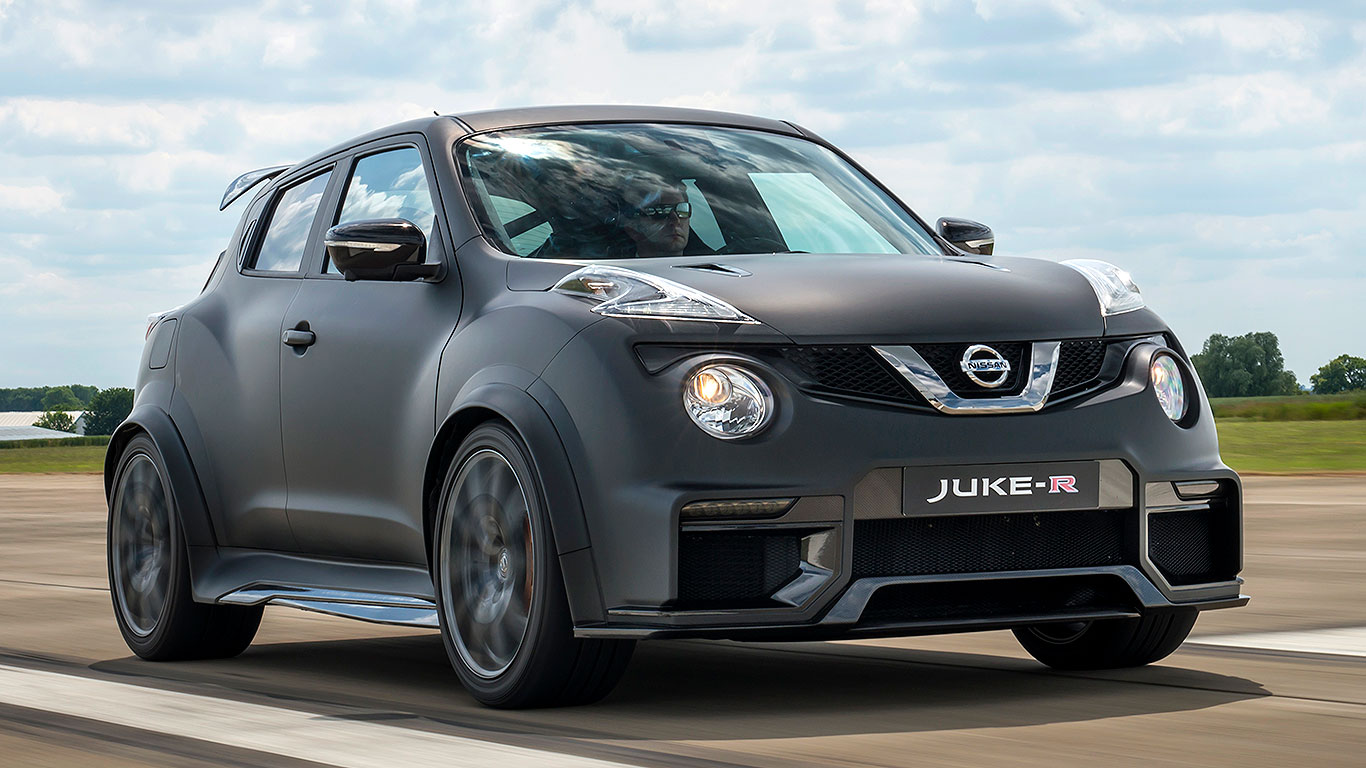 So how fast is it? Well, Nissan isn’t saying. But we do know the GT-R Nismo is one of the fastest cars around Germany’s Nurburgring, and can do 0-62mph in just 2.6 seconds.

Will the Nissan Juke-R 2.0 drive well? 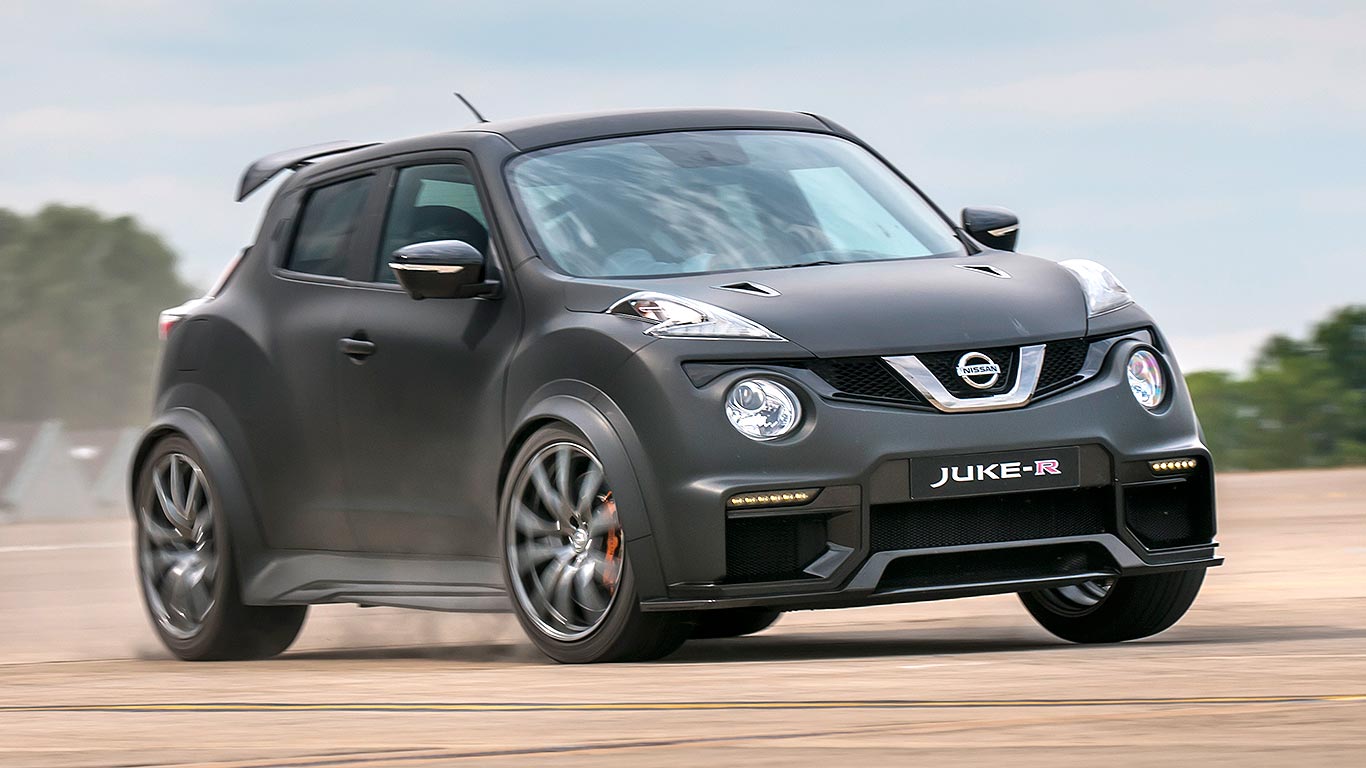 The GT-R Nismo also has a staggeringly advanced four-wheel drive system that lucky drivers of the Juke-R 2.0 get to also enjoy. 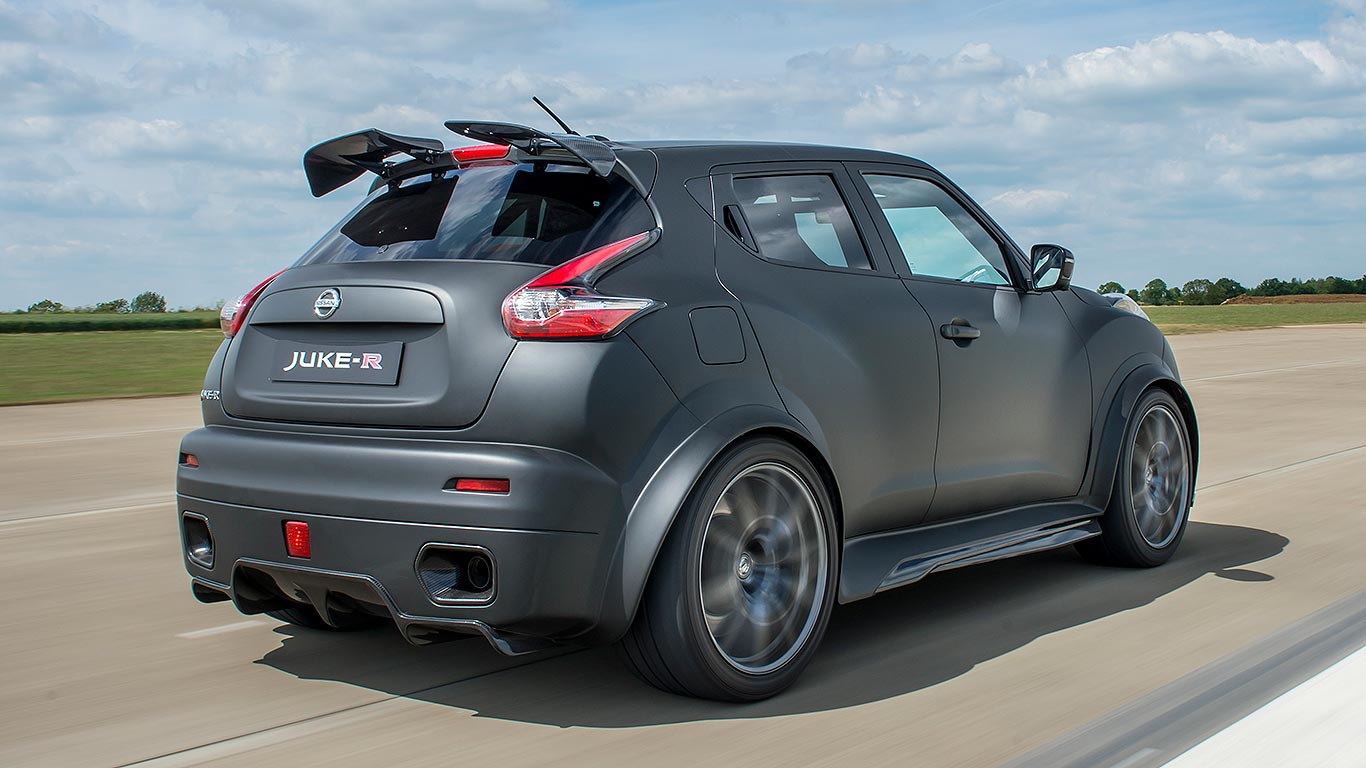 At the rear, 2015 model year Nissan Juke tail lamps are fitted, but you probably won’t spot these because of those HUGE REAR WINGLETS and MASSIVE EXHAUSTS. 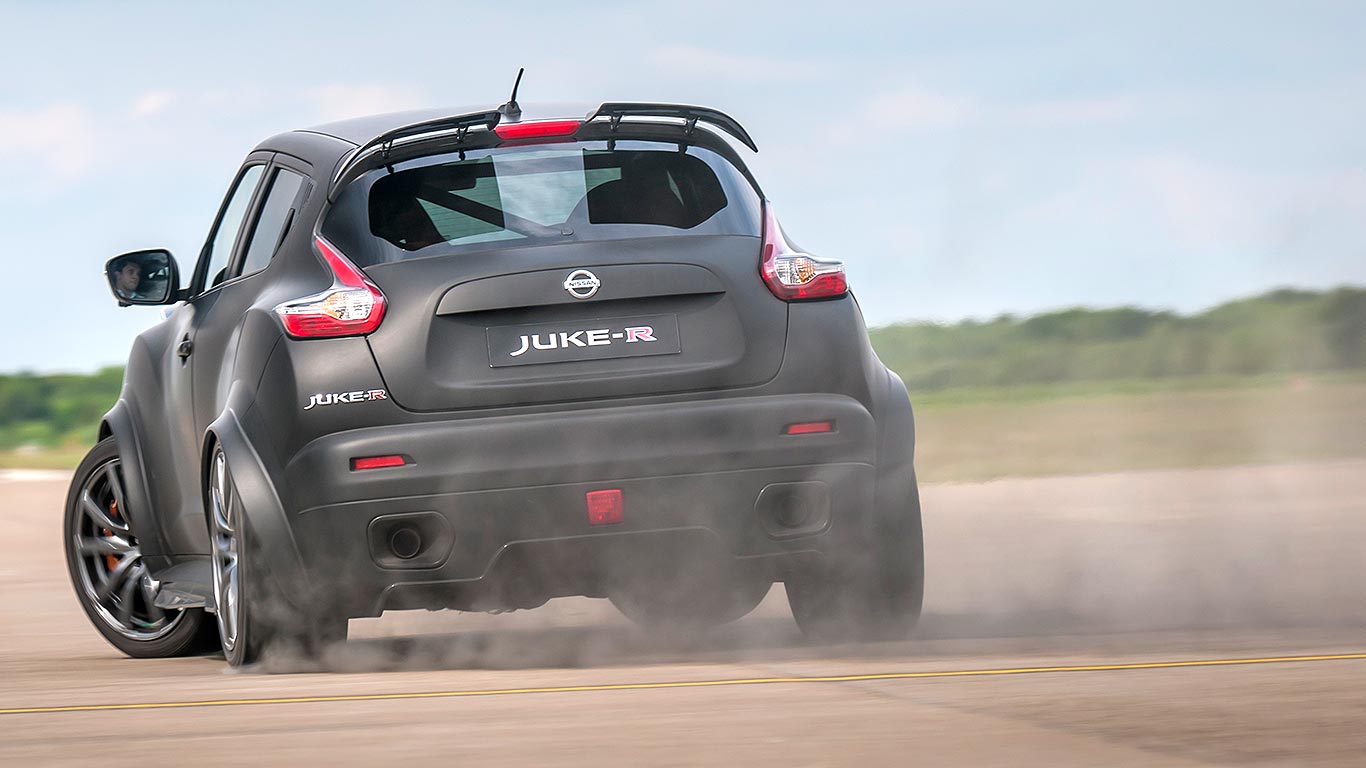 Needless to say, we’d imagine the Juke-R 2.0 is a blast to drive. Will it drift? Will it ever! 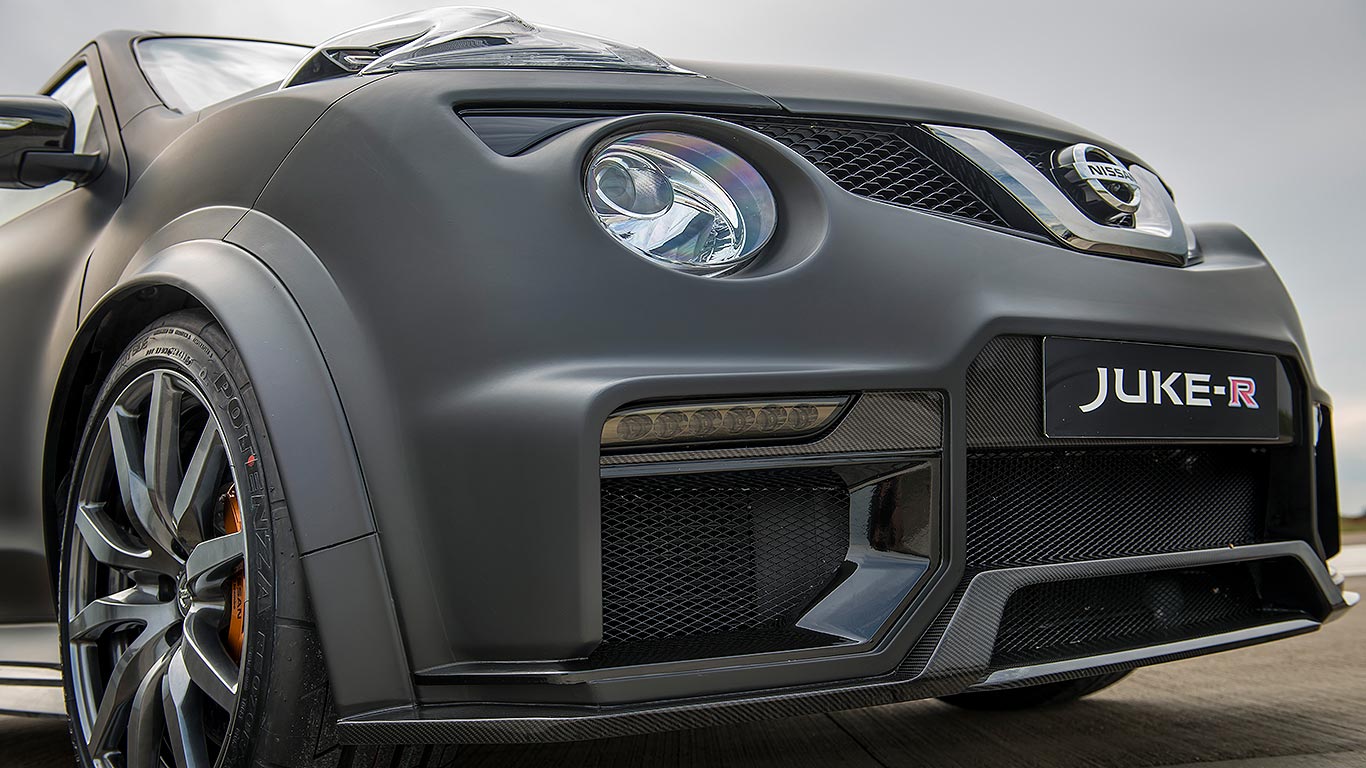 Nissan stresses there have been lots of detail changes over the original 2011 Juke-R. The bonnet is new, for example, as are the headlights, and the carbon fibre air inlets have been repositioned. 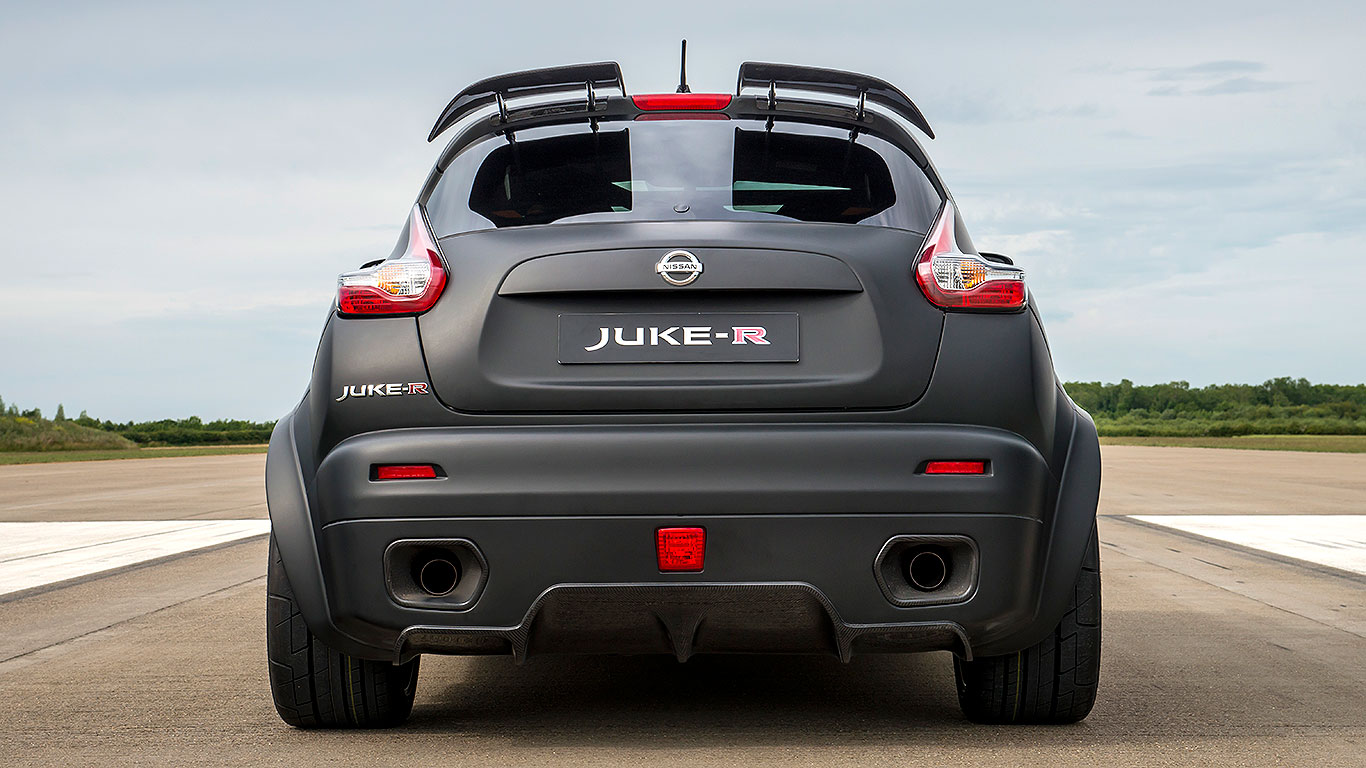 The rear winglets are made from one-piece carbon fibre; the rear bumper is carbon fibre, incorporating a carbon fibre diffuser and high temperature carbon exhaust cowlings. 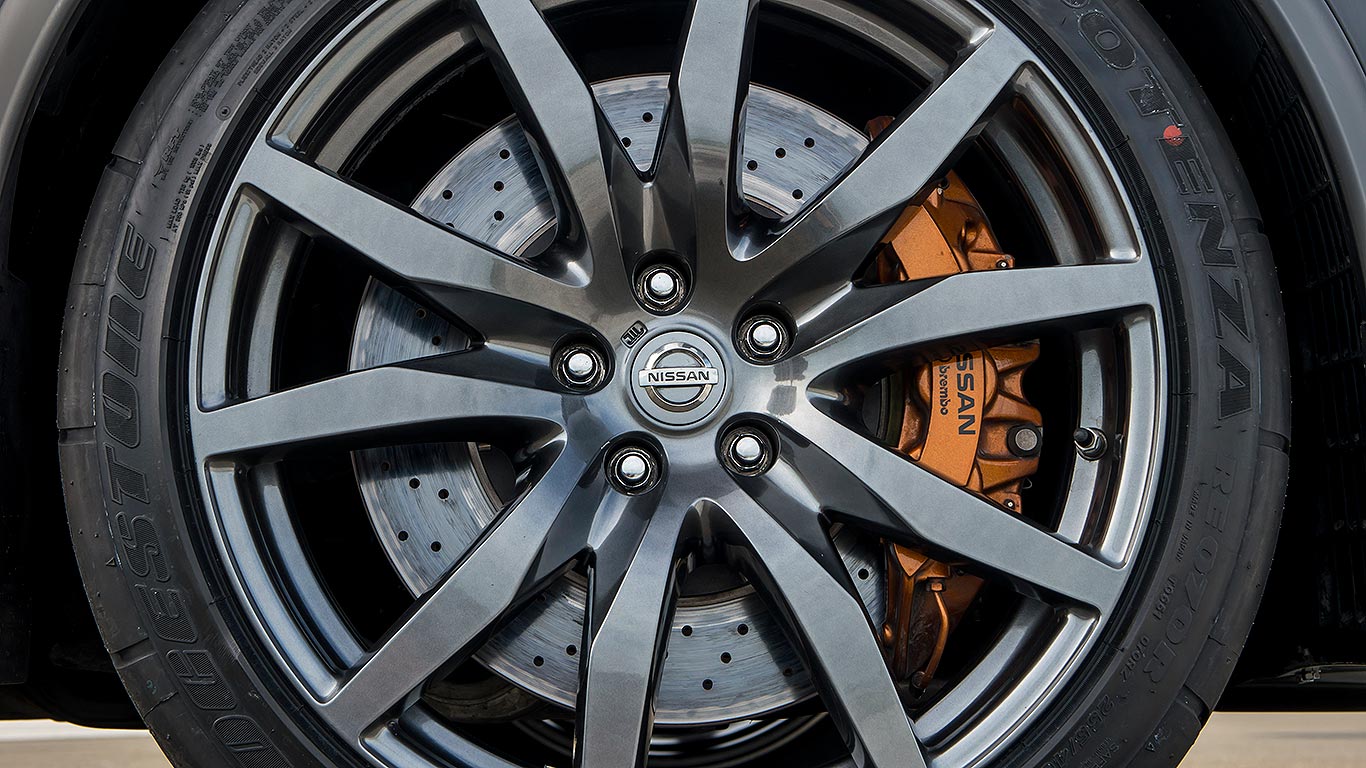 Wheels for the new Juke-R 2.0 are taken from the latest Nissan GT-R. 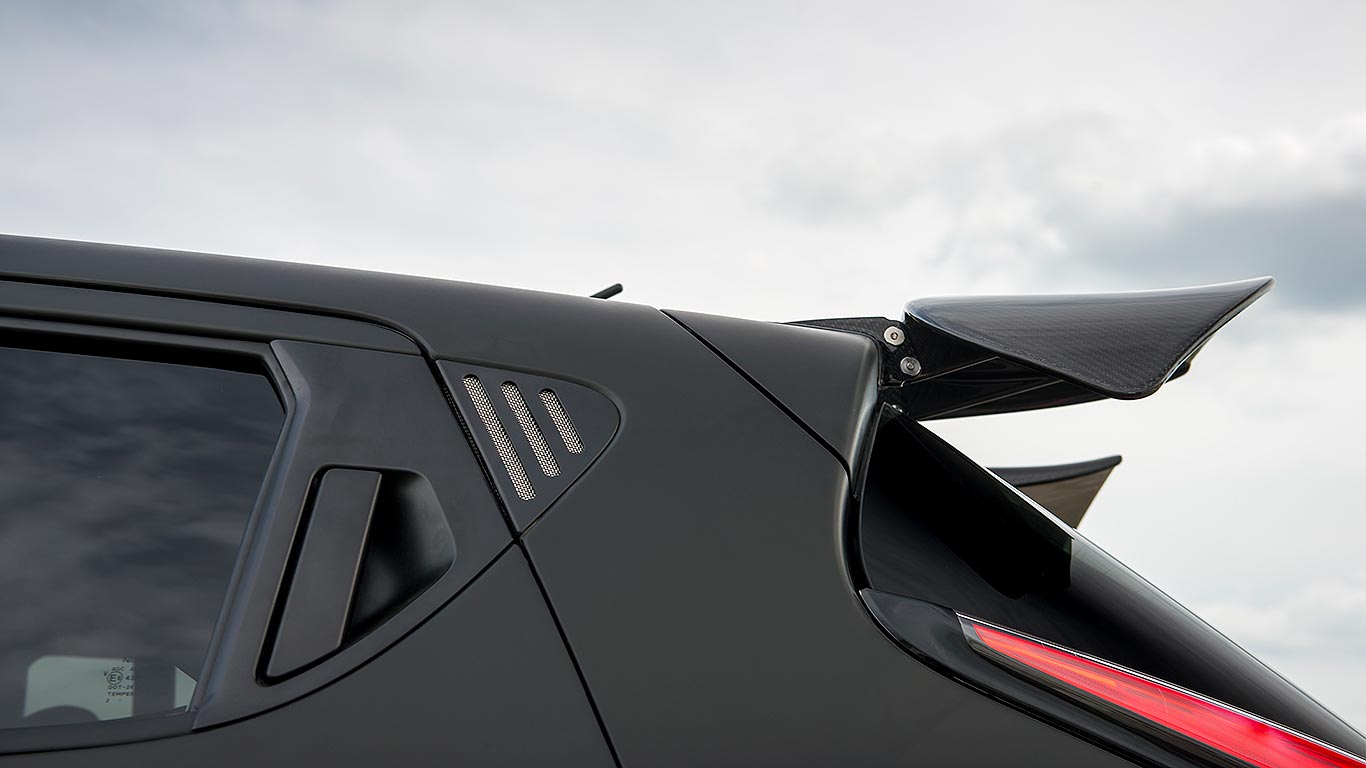 There are no big changes to the interior, mind: Nissan says that, other than a black rooflining, it remains as before.

See it at the 2015 Goodwood Festival of Speed 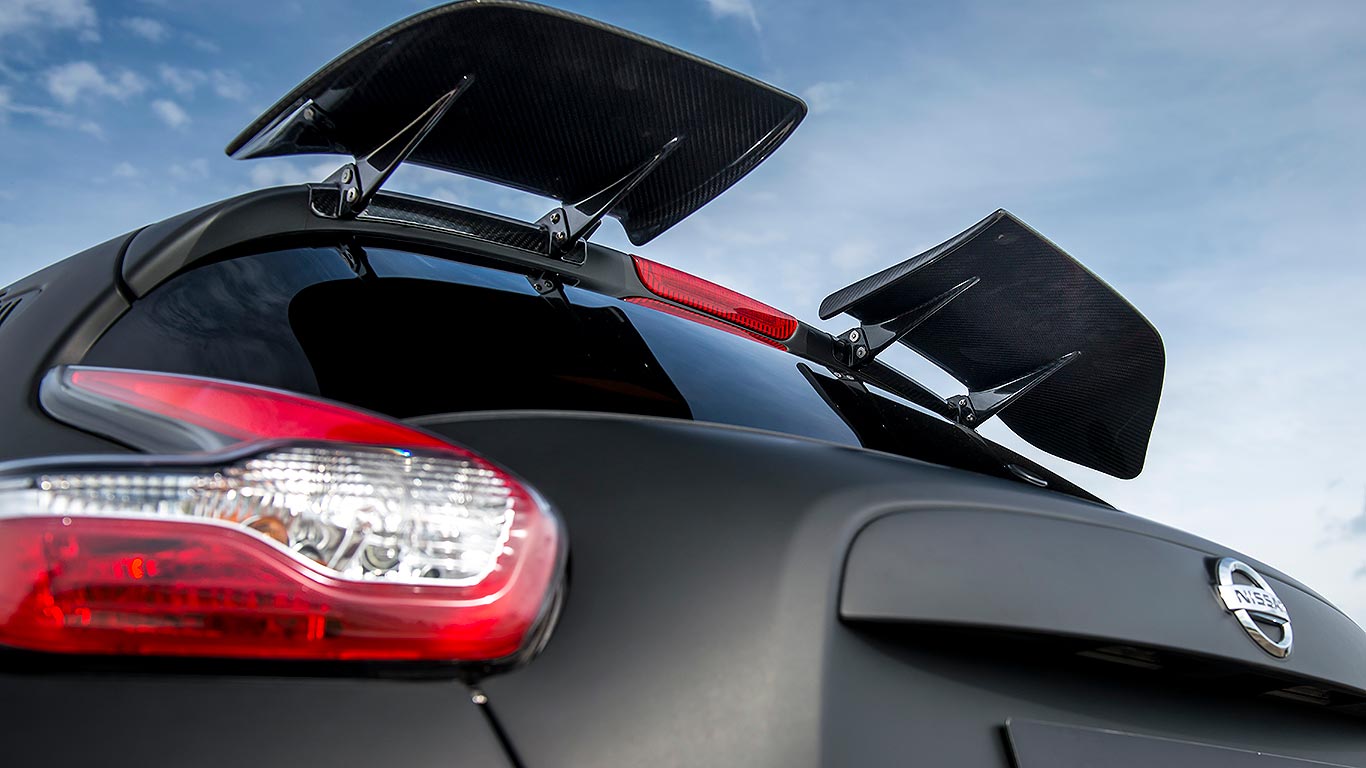 The Nissan Juke-R 2.0 will make its fire-breathing debut at the Goodwood Festival of Speed this weekend, displayed in the Supercar Paddock after appearing at the Moving Motor Show on Thursday. And that’s not all…

In action at Goodwood 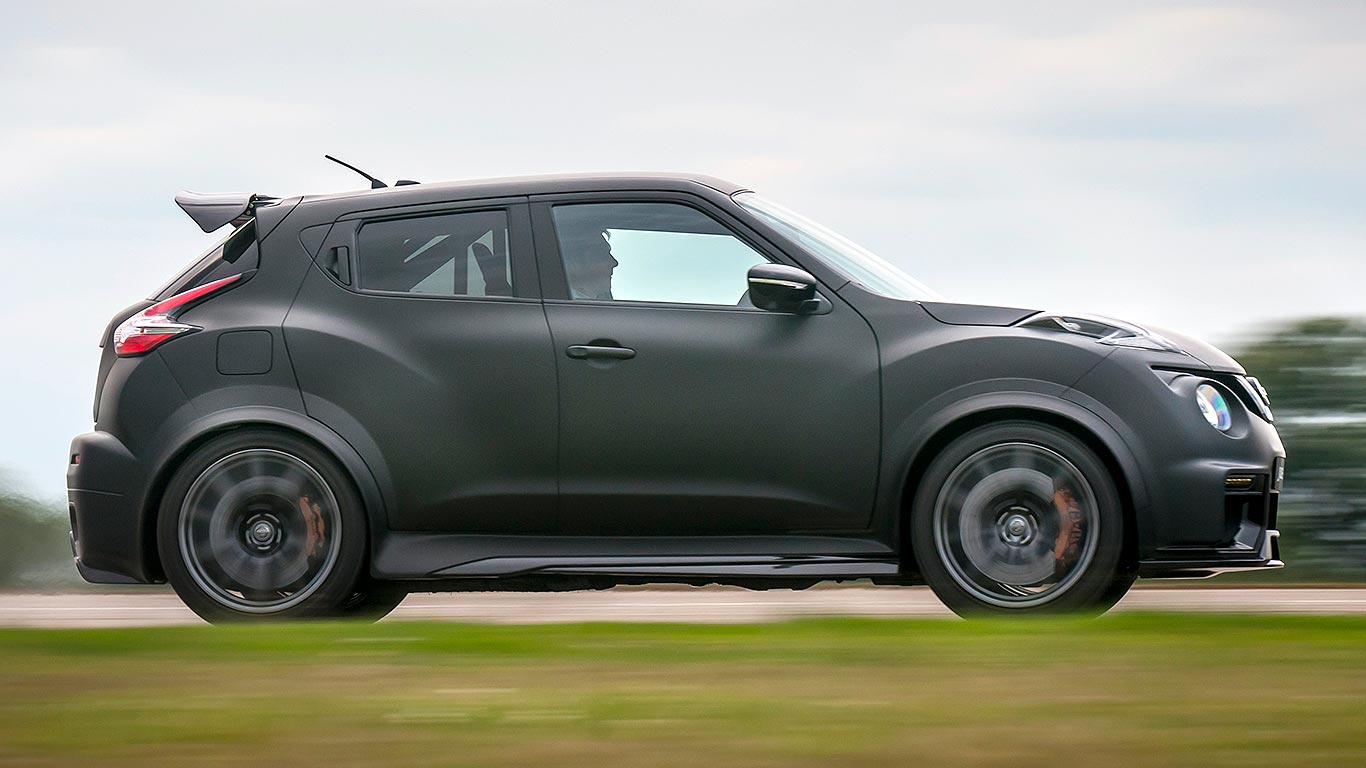 Nissan GT Academy driver, Britain’s Jann Mardenborough, is to also drive the Juke-R 2.0 on the famous Goodwood Hillclimb across all three days of the Festival of Speed. A 600hp crossover supercar? You can bet there’ll be a few double-takes for the wild Nissan Juke-R 2.0…