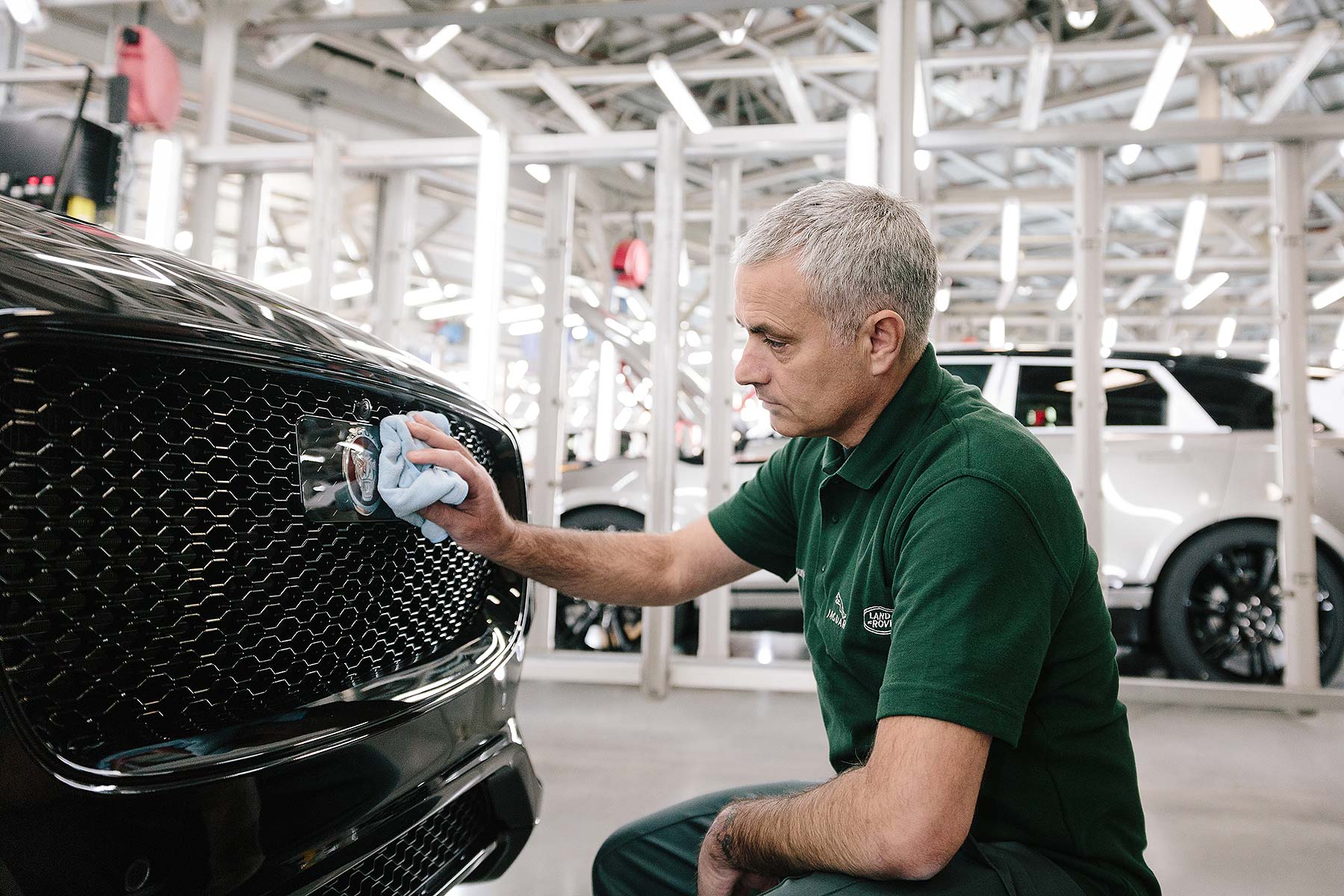 Jaguar says the visit to the production line was a surprise, and it wasn’t just a celebrity appearance: the firm gave The Special One his own set of named Jaguar overalls for him to don while he followed his new F-Pace along the production line.

Before visiting the line, Mourinho also gave a motivational team talk to selected employees. It involved having pride and passion in your work and the products you deliver. Reportedly, no hairdryers were deployed.

Like all modern Jaguars, the design of the F-Pace was overseen by Ian Callum. “It’s great to have one of the most successful football managers drive the F-Pace, our SUV that has been voted as the best and most beautiful car in the world by the 2017 World Car of the Year jury,” he said.

And if you’re thinking it’s pretty impressive that 100,000 Jaguar F-Pace have already been built, you’d be right: the landmark SUV is officially the fastest-selling Jaguar ever.

That record, however, may soon be broken by another upcoming Jaguar SUV, the new E-Pace. Motoring Research has this week driven the first cars off the Austrian production line – come back Sunday to find out what we think of it…