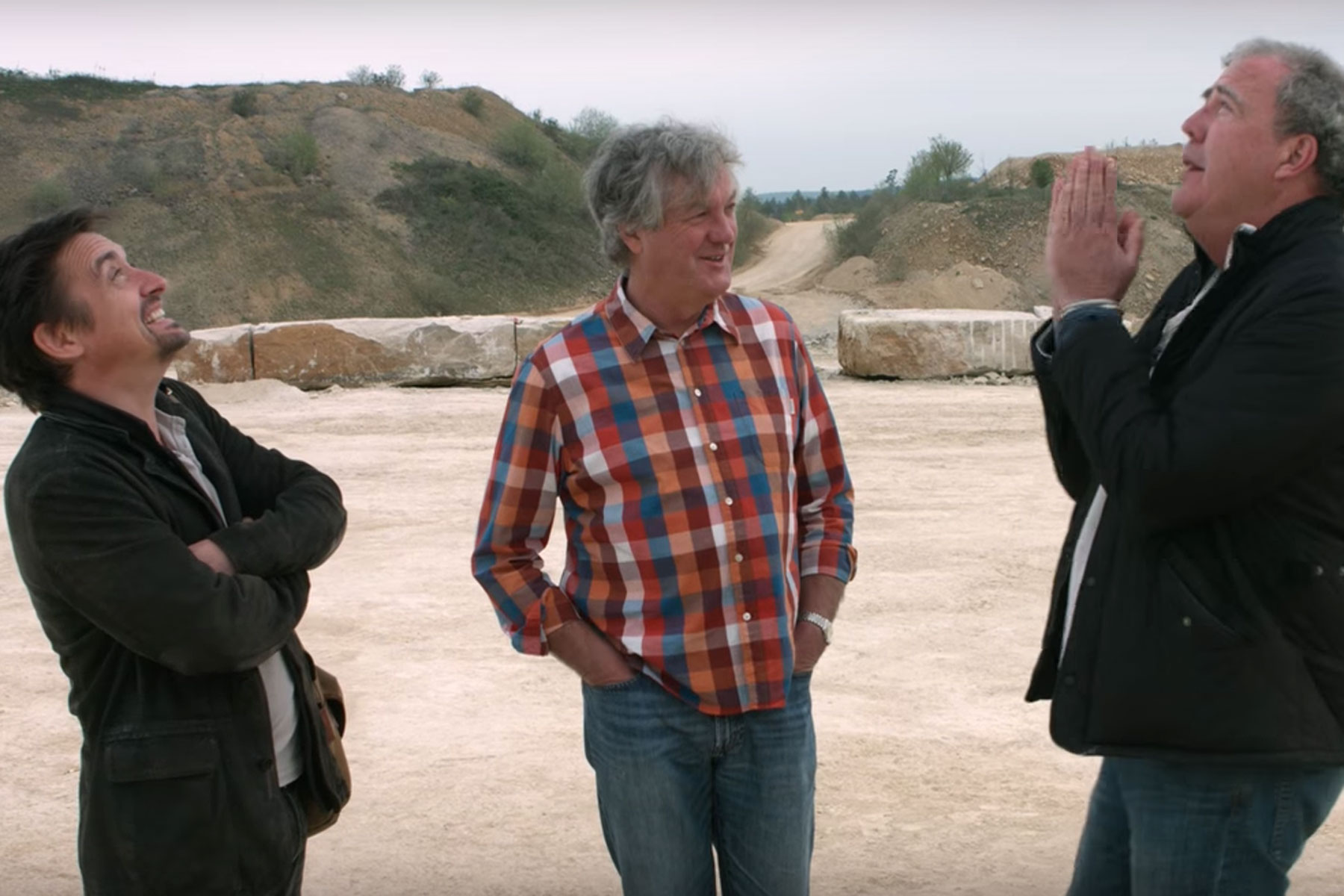 A teaser clip for The Grand Tour has been released showing Jeremy Clarkson talking candidly about the time he was a rally co-driver with ‘the worst hangover ever’.

The Grand Tour: what we know so far

In the clip, which shows Clarkson, Hammond and May chatting in a quarry, the ex-Top Gear host describes praying for something to go wrong with the rally car to get him out of the race.

As the flag was lifted, there was an almighty bang and Clarkson diagnosed the problem as a failed driveshaft – something he has ‘no idea’ if true.

The clip is the third in a series of short teasers for the new Amazon Prime show, set to be launched in the UK this autumn.

Clarkson is no stranger to controversy, including an incident in 2008 when he was shown drinking a G&T while driving a truck during a polar special.