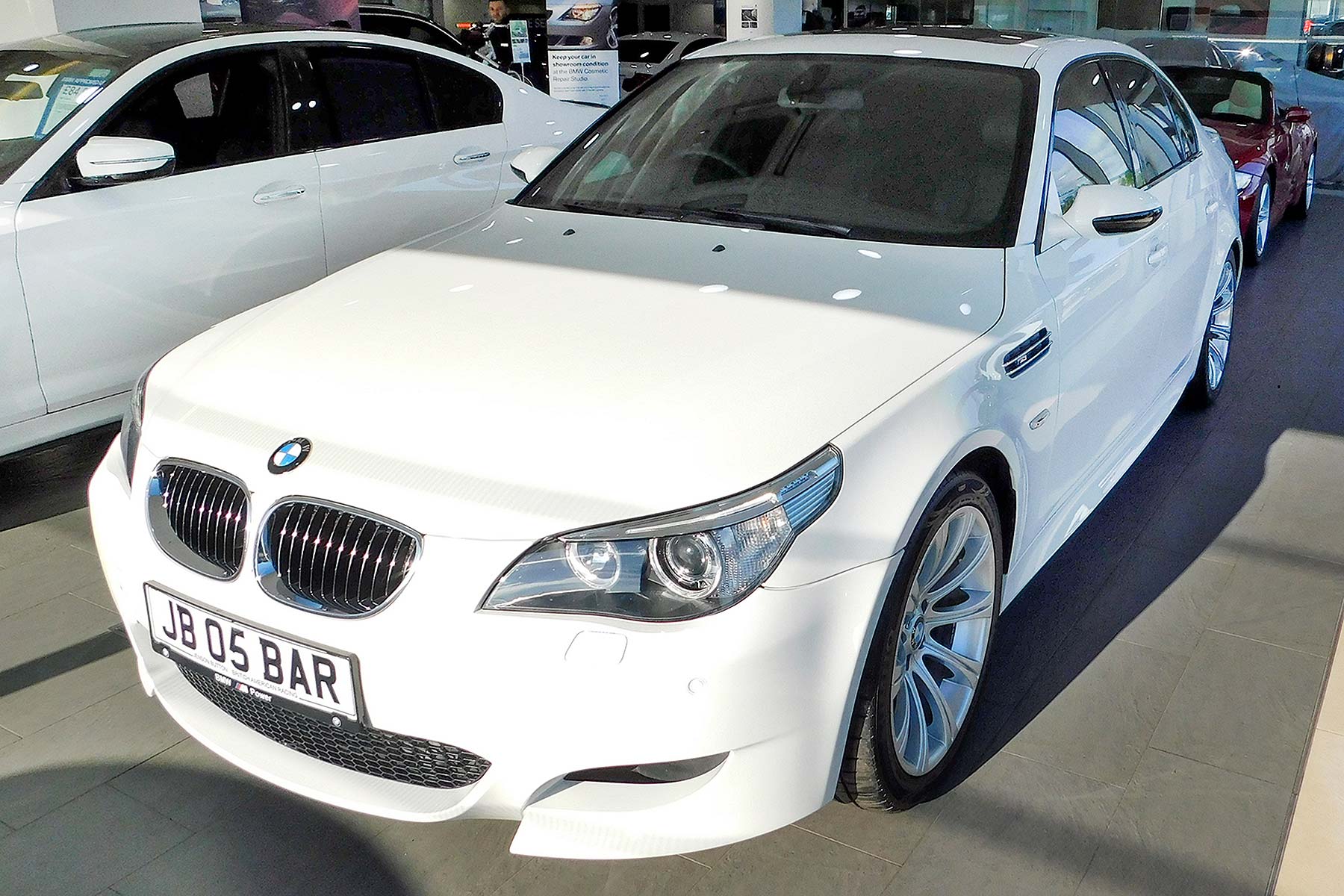 For Jenson Button, driving away from a circuit in his 2005 E60 BMW M5 must have been like taking his work home with him. You can thank the F1-inspired 507hp V10 engine for the ‘busman’s holiday’ nature of Jenson’s super-saloon.

Jenson bought the car new and registered it JB05 BAR (he was driving for British American Racing at the time). During his ownership he won his first Grand Prix, became F1 World Champion and was awarded an MBE.

He sold the car in 2011 and reportedly drove the M5 to the NEC where it sold for £26,500 at the Coys Autosport International sale.

He reportedly dropped the car off with the auctioneers complete with his post and lunch still inside.

Now, it is up for sale again, this time at the Silverstone Auctions NEC Classic Motor Show sale, where it is expected to fetch between £35,000 and £40,000. We suspect Jenson’s lunch will have gone off by now.

‘More than I bargained for’ 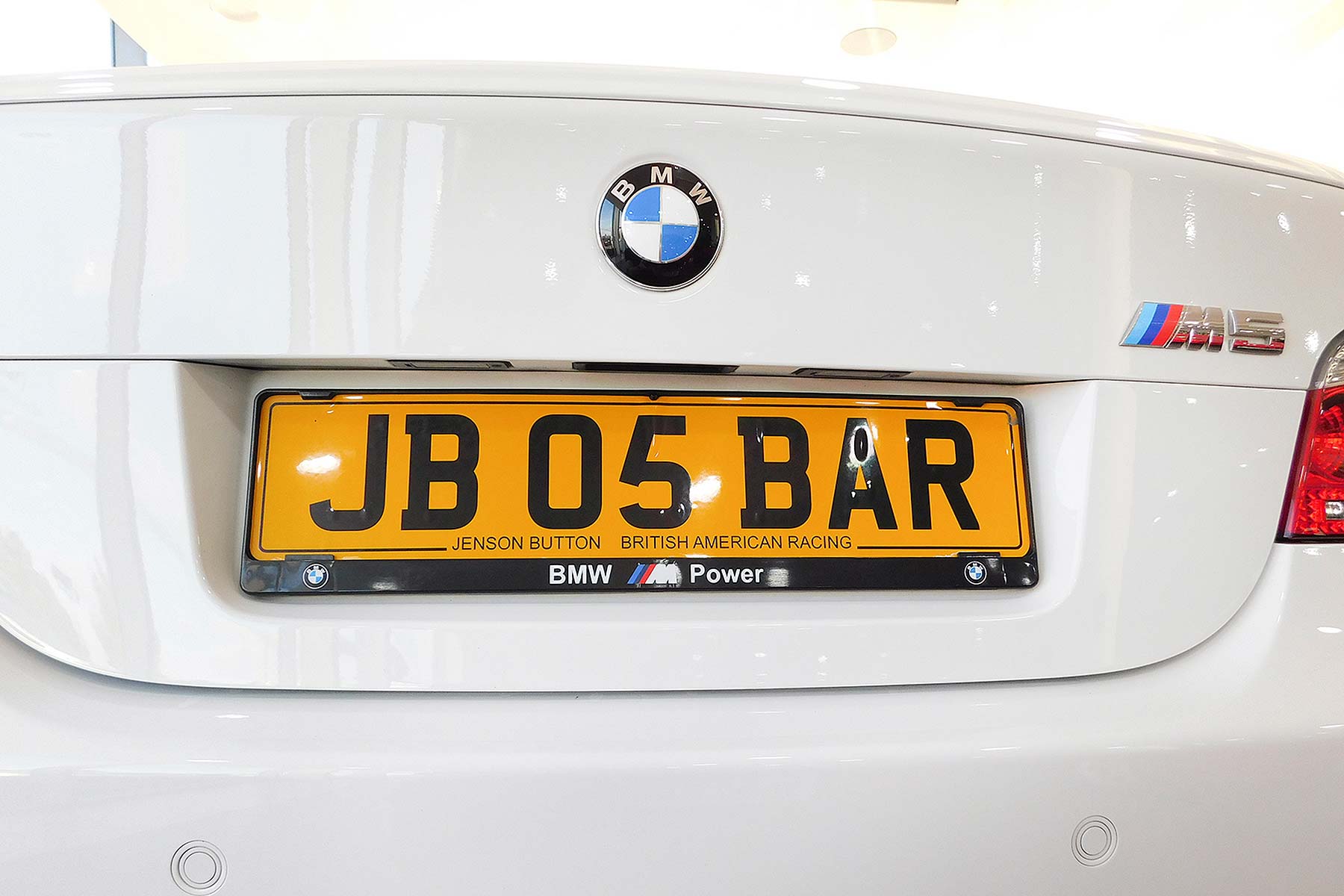 The lucky bidder and current vendor wants to spend more time in Spain, which is why the M5 is up for sale. “The reaction to the car has been incredible: everyone is interested in seeing a car that was owned by a Formula One World Champion,” the vendor told Silverstone Auctions.

“When I went to get it taxed, they let me keep the original V5 as a souvenir, and my local BMW dealer even wants to use it for a sales promotion. It’s safe to say that I got a bit more than I bargained for with this car!”

Even without the Jenson Button connection, a low-mileage E60 BMW M5 would make for a cracking purchase. Assuming you can live with the fuel bills – reports suggest that you could see fuel economy in single figures if you drive like an F1 star – this is one of the greatest all-rounders of the modern era. 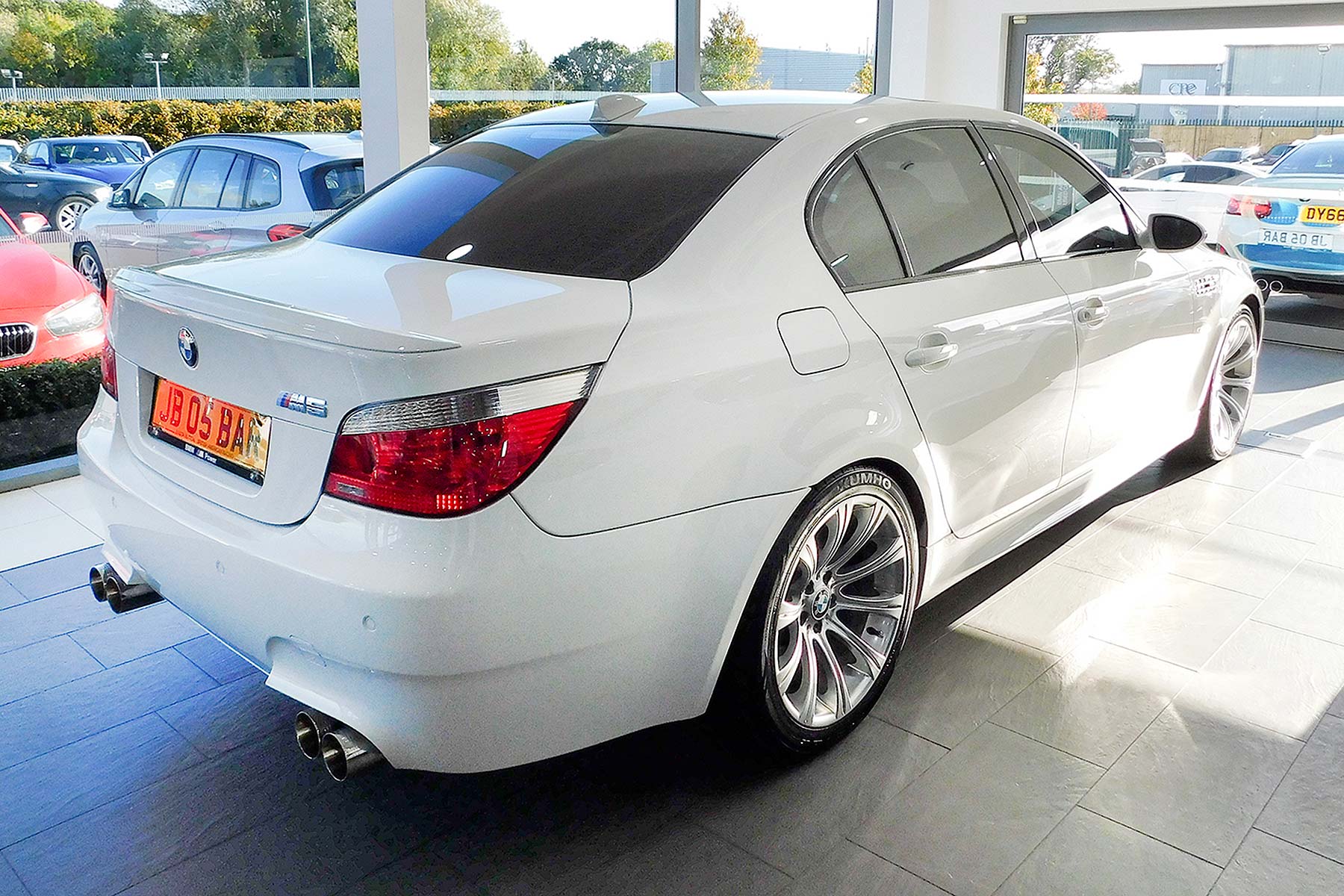 It had a tough act to follow. The E39 M5 was regarded as a high point in the M division’s back catalogue and the last of the hand-built cars. The E60 took things in its stride – with 507hp at 7,750rpm and 384lb-ft of torque at 6,100rpm, it was a little like driving a four-door Lamborghini Gallardo.

Top speed was limited to 155mph (203mph was possible with the speed limiter deactivated), while the 0-62mph time was blitzed in just 4.7 seconds. All this from a rear-wheel drive BMW M car with a sweet manual… ah, no, wait…

While the North Americans were treated to a manual gearbox, we had to ‘make do’ with the SMG semi-automatic sequential transmission.

The SMG is a complex system and one that isn’t blessed with a blemish-free record for reliability. But driving the M5 at full chat, flicking through the gears via the paddle-shifters, is a riotous experience. The soundtrack, the performance, the poise – this M5 has got it all. 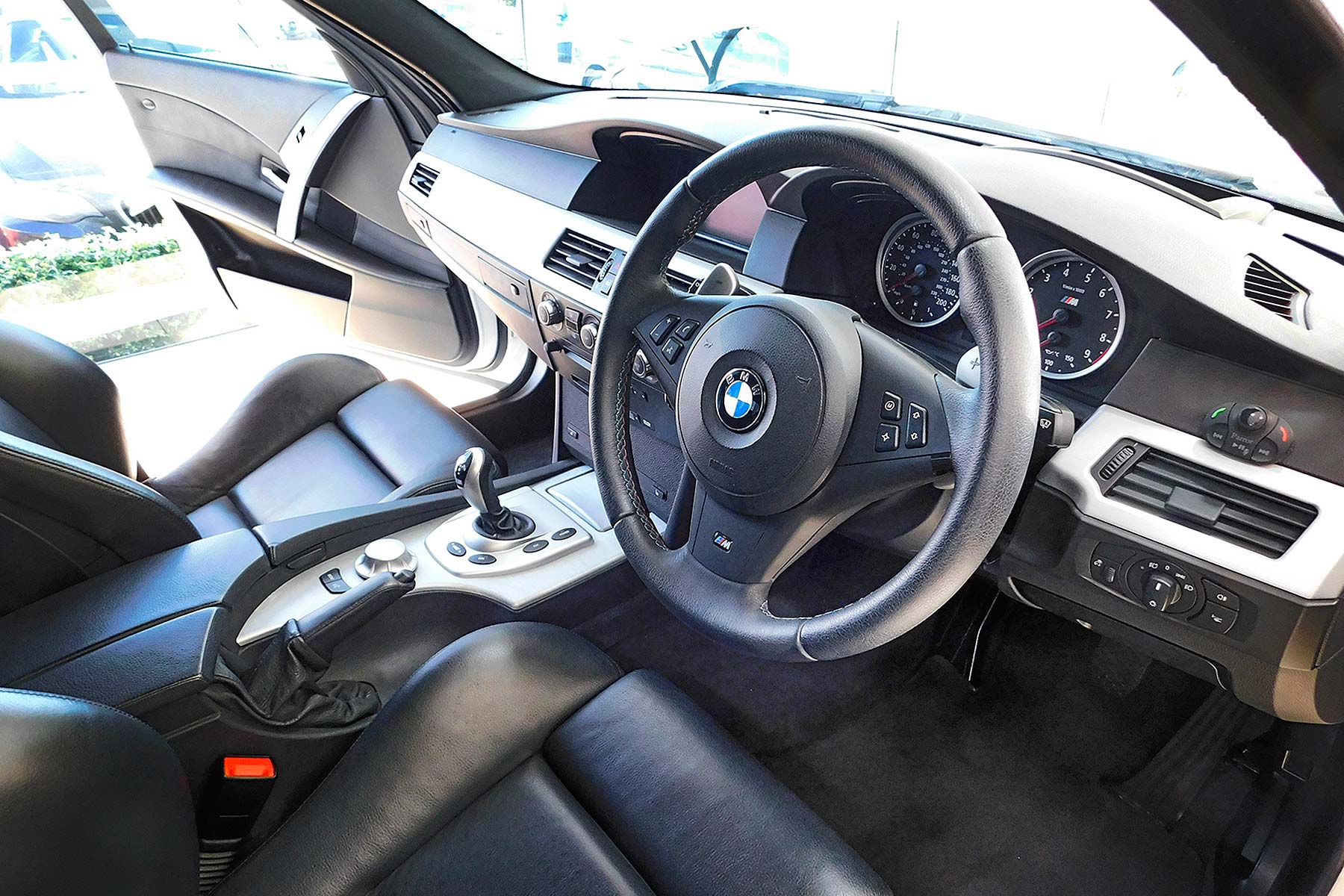 Not that Jenson Button or the second owner have spent a huge amount of time behind the wheel. The 2005 car has covered just 17,000 miles and the condition is described as “mint”. Rather apt, considering you’ll need to be minted if you intend to use this as a daily-driver.

The JB05 BAR registration mark will stay with the car, along with a new race suit and paddock jacket from 2005, both signed by the F1 star. There’s also a Parrot hands-free kit mounted on the dash, presumably so that you can have a petrol station on standby.

If you fancy Jenson’s old car – frankly, who wouldn’t – the auction is taking place over the weekend of 10 and 11 November 2018. 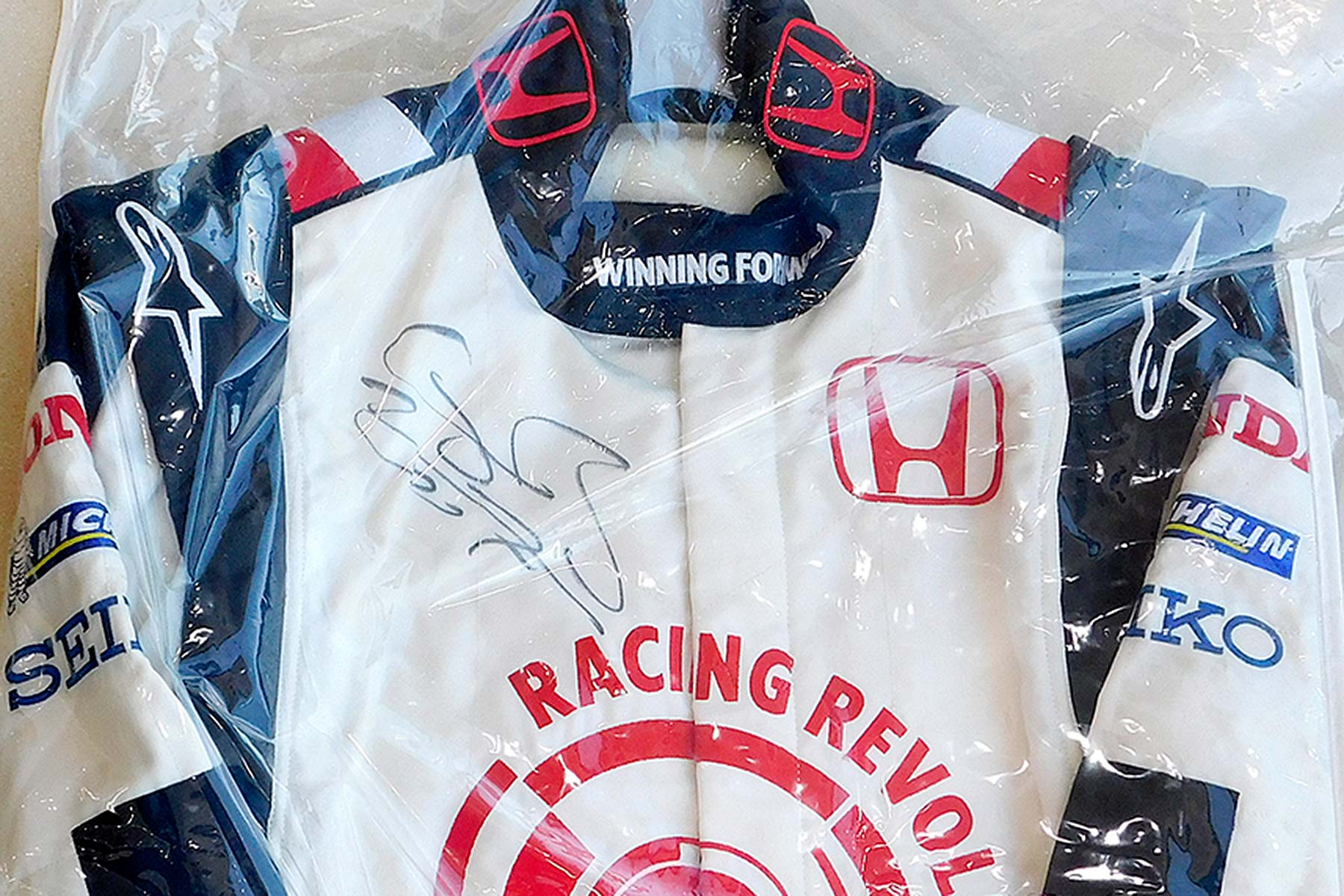 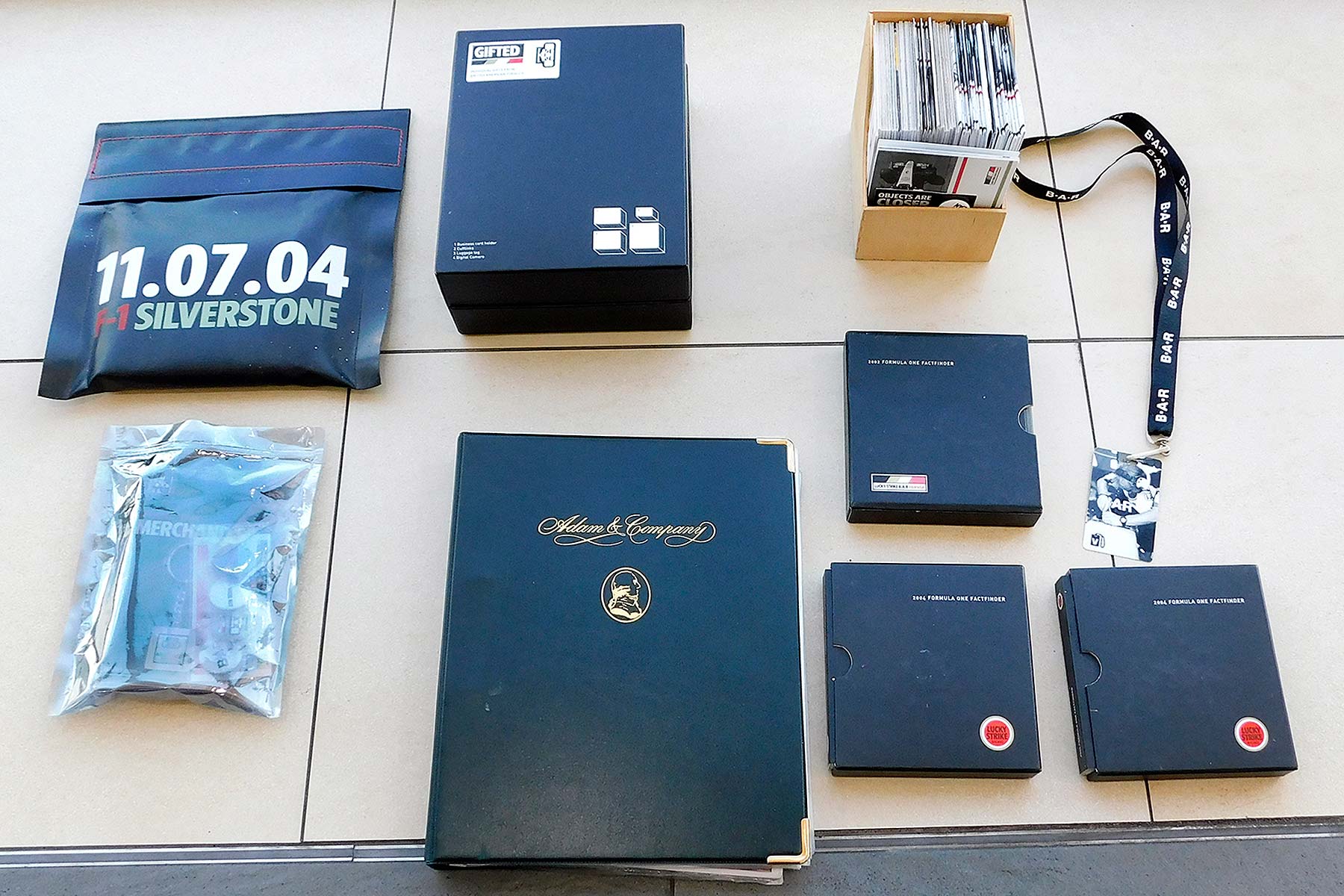 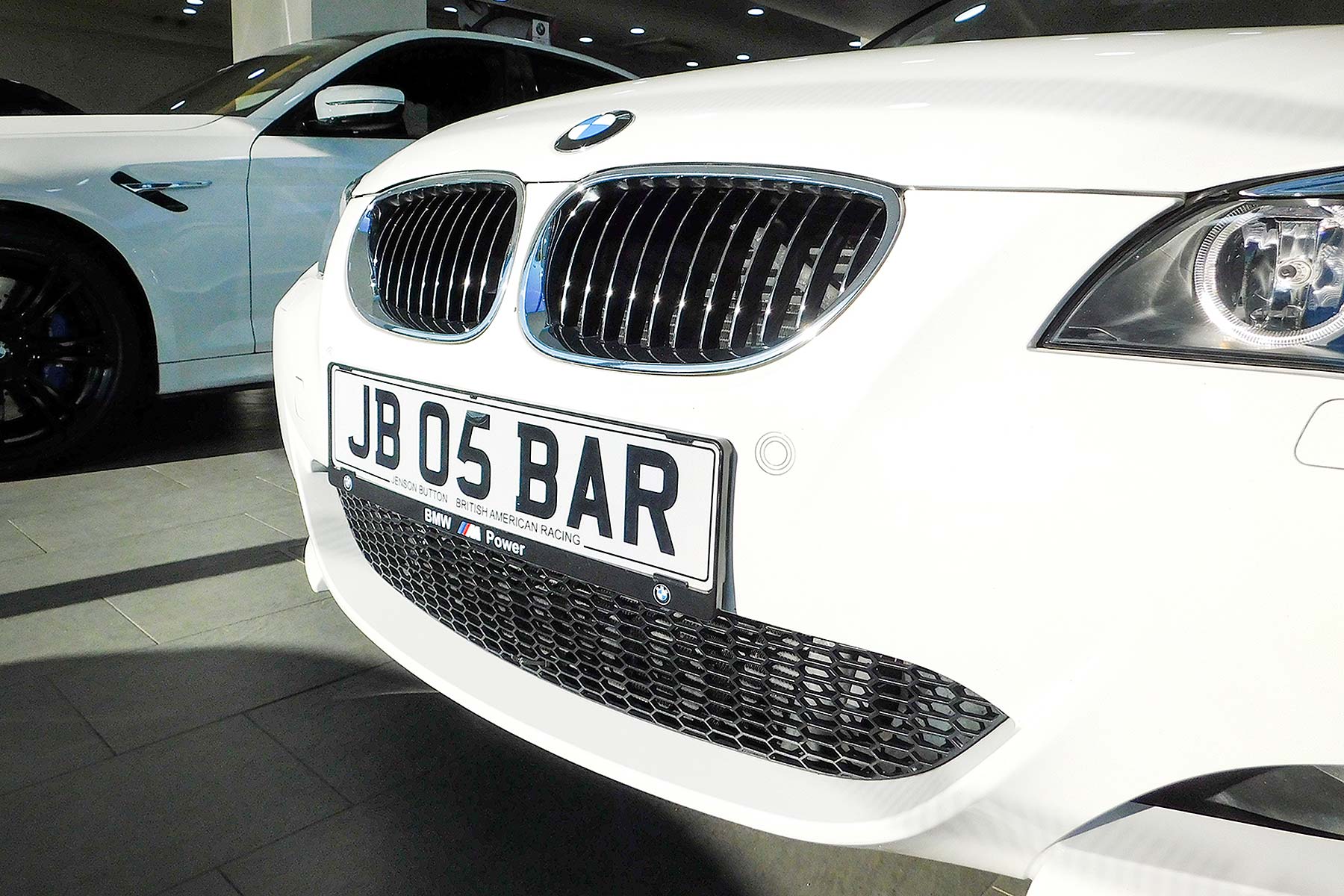 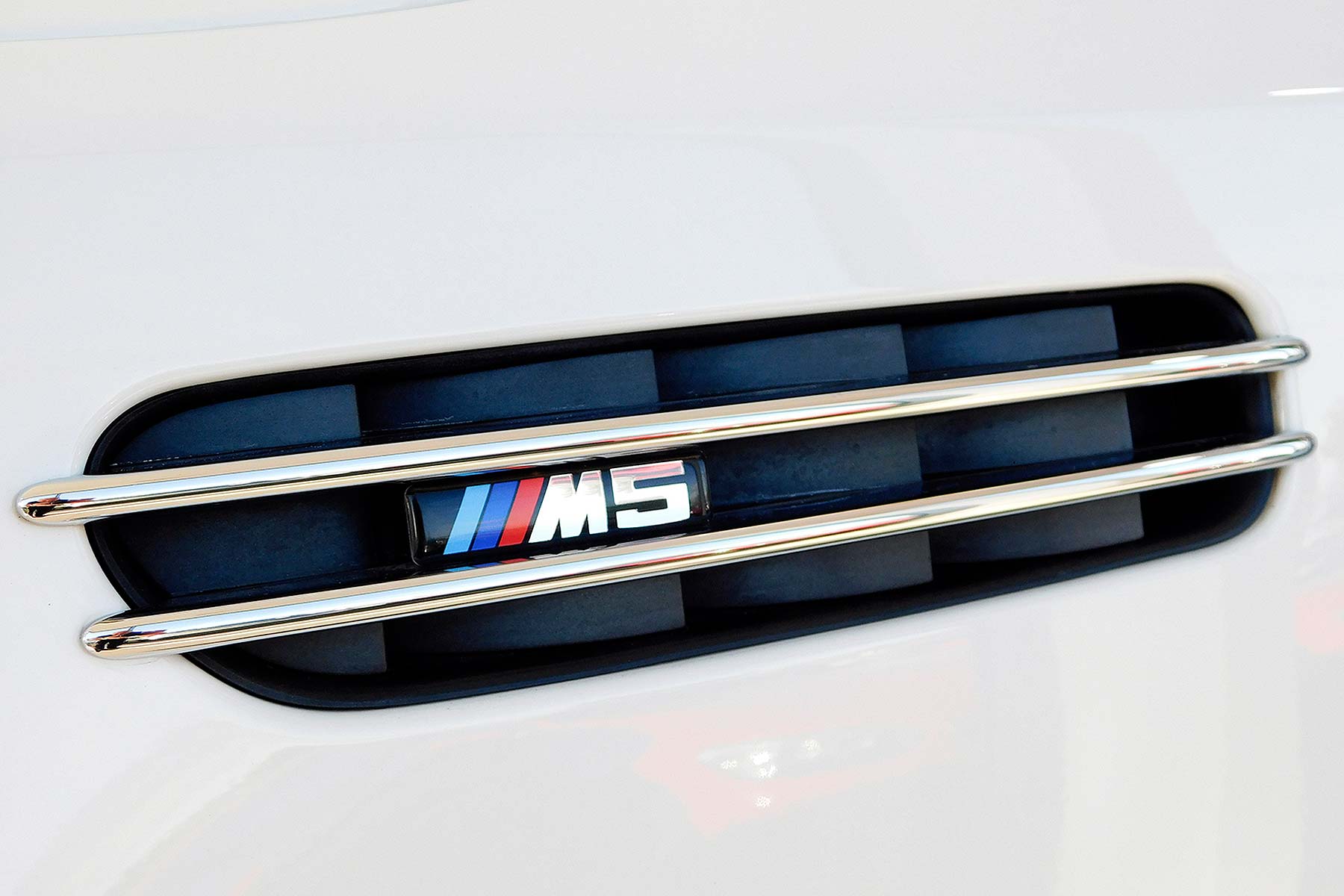 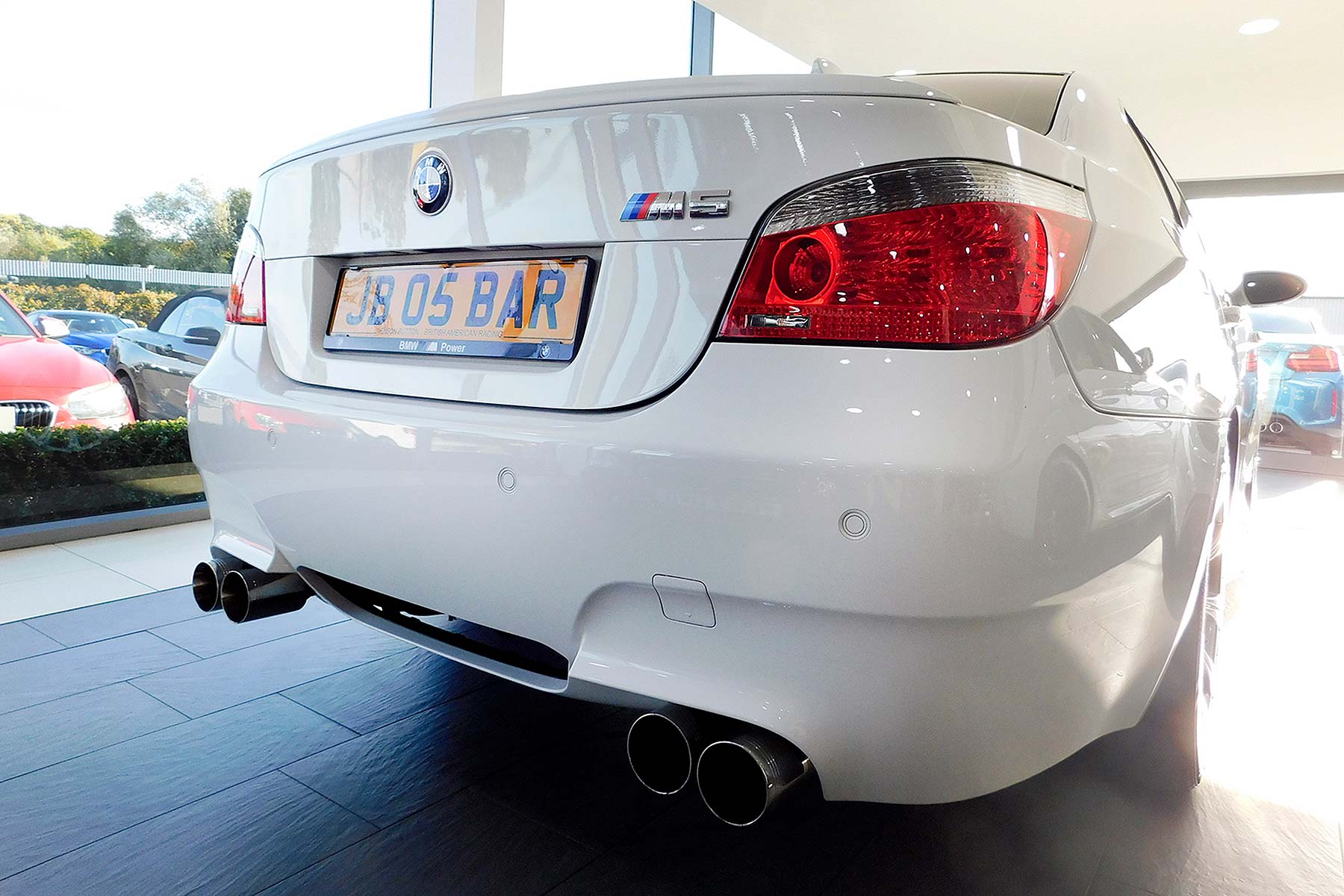 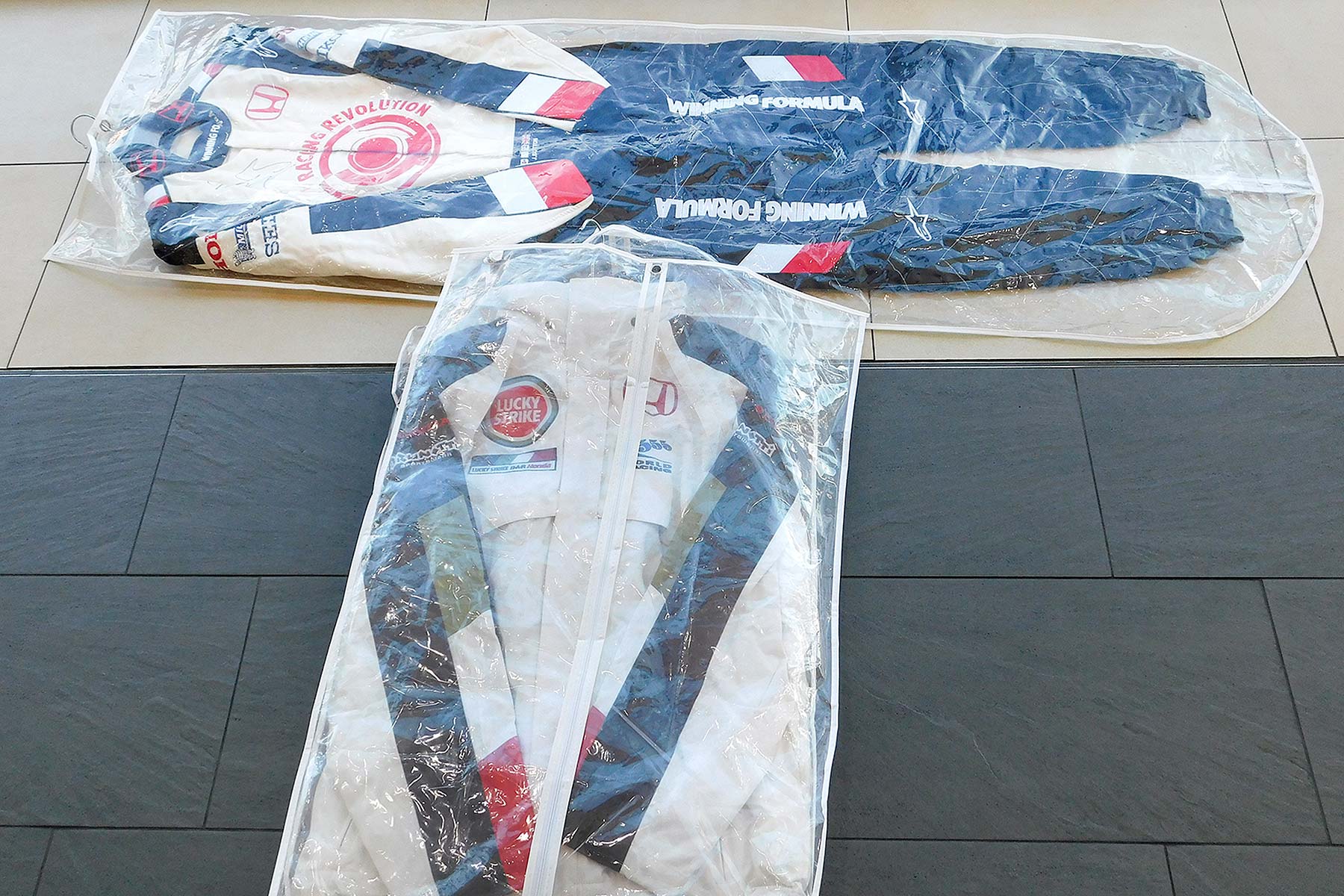