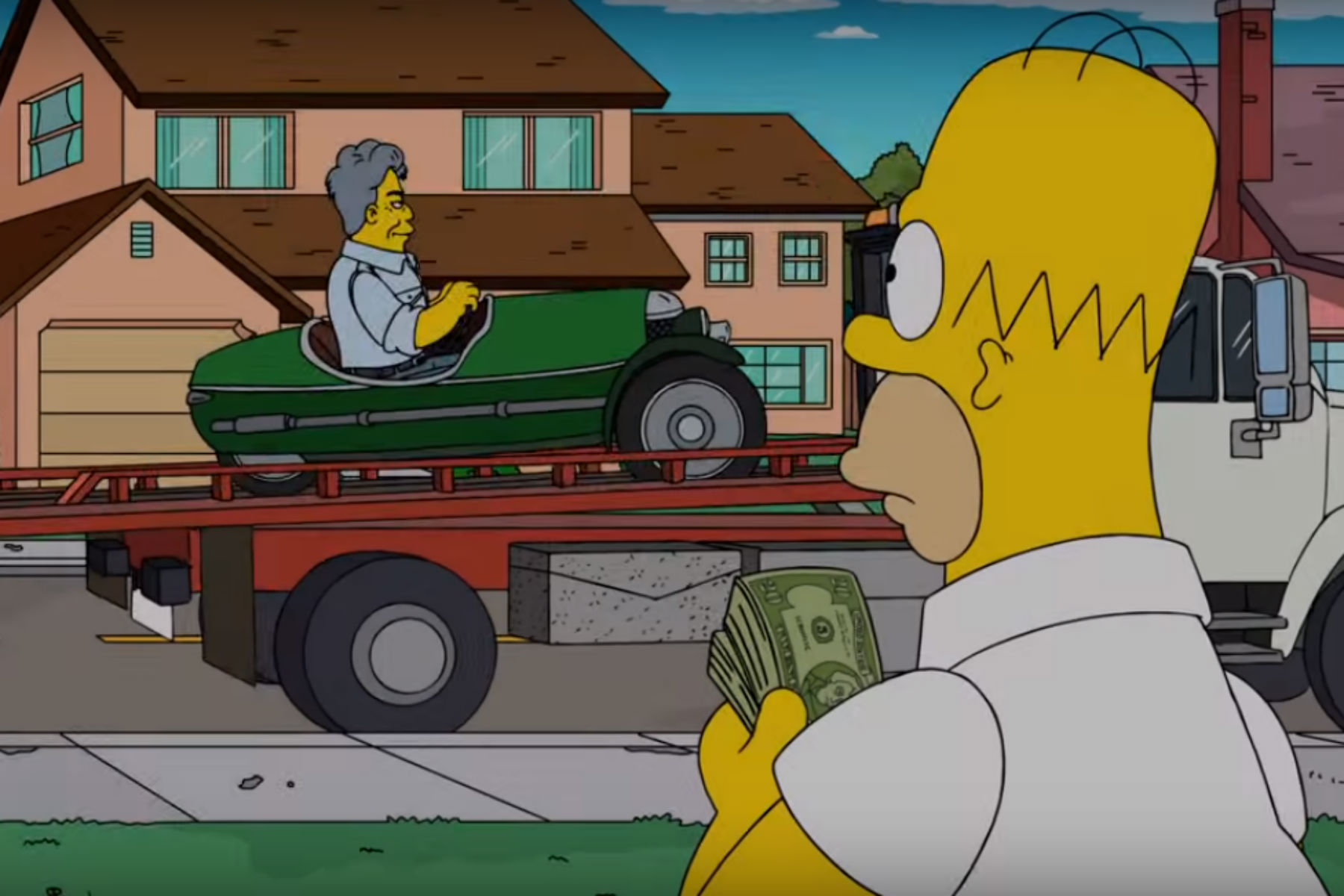 American TV host and car collector Jay Leno is to appear in a forthcoming episode of The Simpsons – in which he buys a Morgan from Homer.

A teaser clip released by the sitcom shows Leno ringing the doorbell at the Simpsons’ Springfield pad and telling Homer he wants to buy the Morgan 3 Wheeler parked outside.

Although we don’t know how Homer came to own a Morgan 3 Wheeler, he tells Leno he’s happy to sell it to him as long as he pays cash ‘with no questions asked’.

In the clip, we also see Leno’s 1973 Citroen DS, but the collector also owns a number of McLarens (including the exotic F1 and P1), a Bugatti and several Bentleys.

He admits that he had to advise scriptwriters on the intricacies of Morgans.  “I can tell the person who wrote it is not a car aficionado, because they had no idea what they were talking about,” he said.

“The original script said it had a marble interior.”

It’s not the first time The Simpsons has featured car-related storylines. In 1999, Homer buys a ‘Canyonero’ SUV and discovers it’s a model marketed at women, so gives it to Marge. In 1991, Homer finds out he has a long-lost brother who is the boss of a car manufacturer in Detroit. He designs his own car, ‘The Homer’, which makes the company go bust.