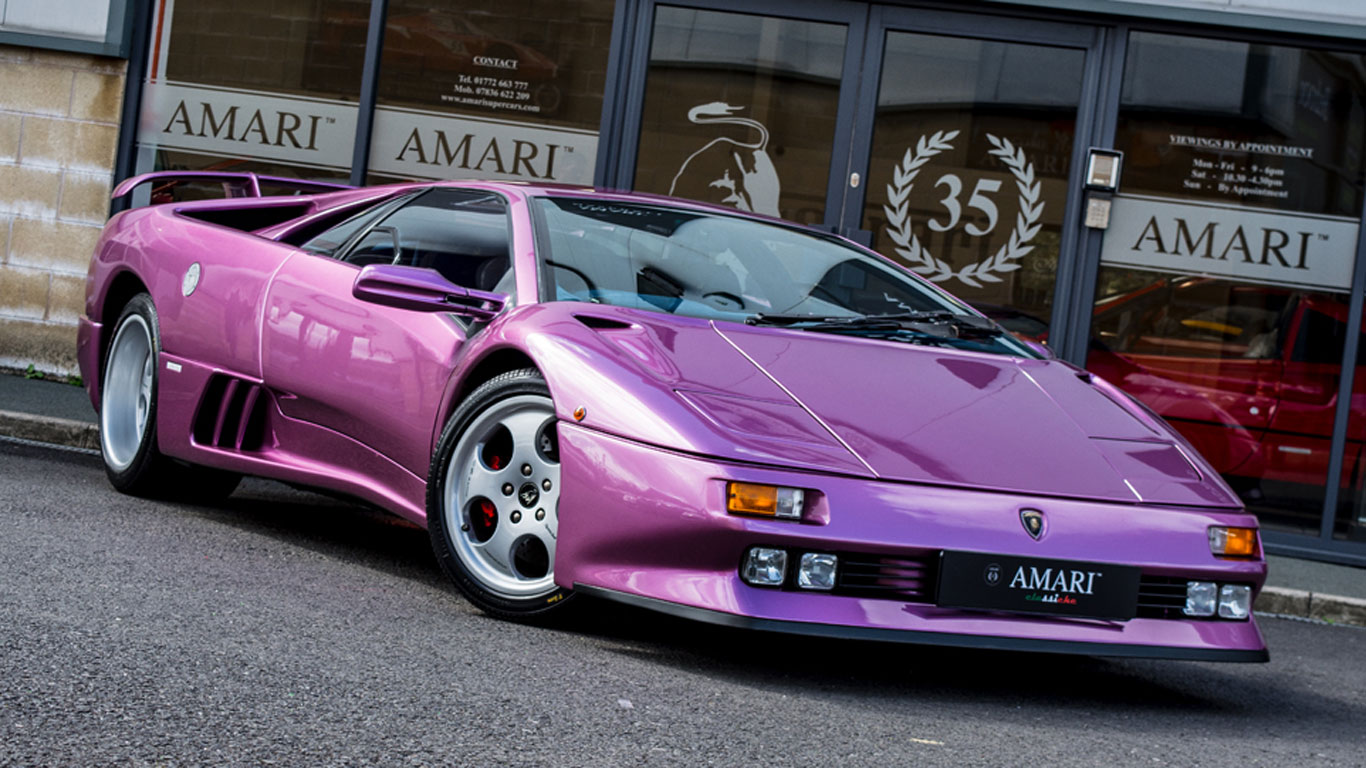 A rare Lamborghini Diablo owned by Jamiroquai lead singer Jay Kay and used in the band’s Cosmic Girl music video is up for sale with a whopping £549,995 price tag.

The Viola metallic Lambo is one of only 16 right-hand-drive models, and one of two identical cars that appeared in the video. The first was written-off following a crash during filming, while the second example, now on sale, also had its share of bad luck. A camera fell from height, smashing the car’s windscreen – but Jay Kay continued to drive it for the rest of the shoot without a windscreen.

“One of three classic supercars used in the Cosmic Girl video – it’s the only one that the ‘Space Cowboy’ actually owned – so although it might price-out most music fans at over half a million pounds, there could be a love affair reunited on the cards if Jay Kay’s browsing Auto Trader this week.”

The Lamborghini is being sold through Amari Supercars in Lancashire. The dealership first sold the car to Jamiroquai in 1996. Since then it’s had two owners, but returned to Amari recently after spending some time as part of a Lamborghini collection in Germany.

The video, which was released in 1996, also featured a Ferrari F40 and Ferrari F355 Berlinetta. Jay Kay is a huge petrolhead, appearing on Top Gear four times over the years. He has held lap records twice as part of the show’s ‘Star in a Reasonably Priced Car’ feature, and he’s also appeared at Goodwood Festival of Speed in his bright green LaFerrari.