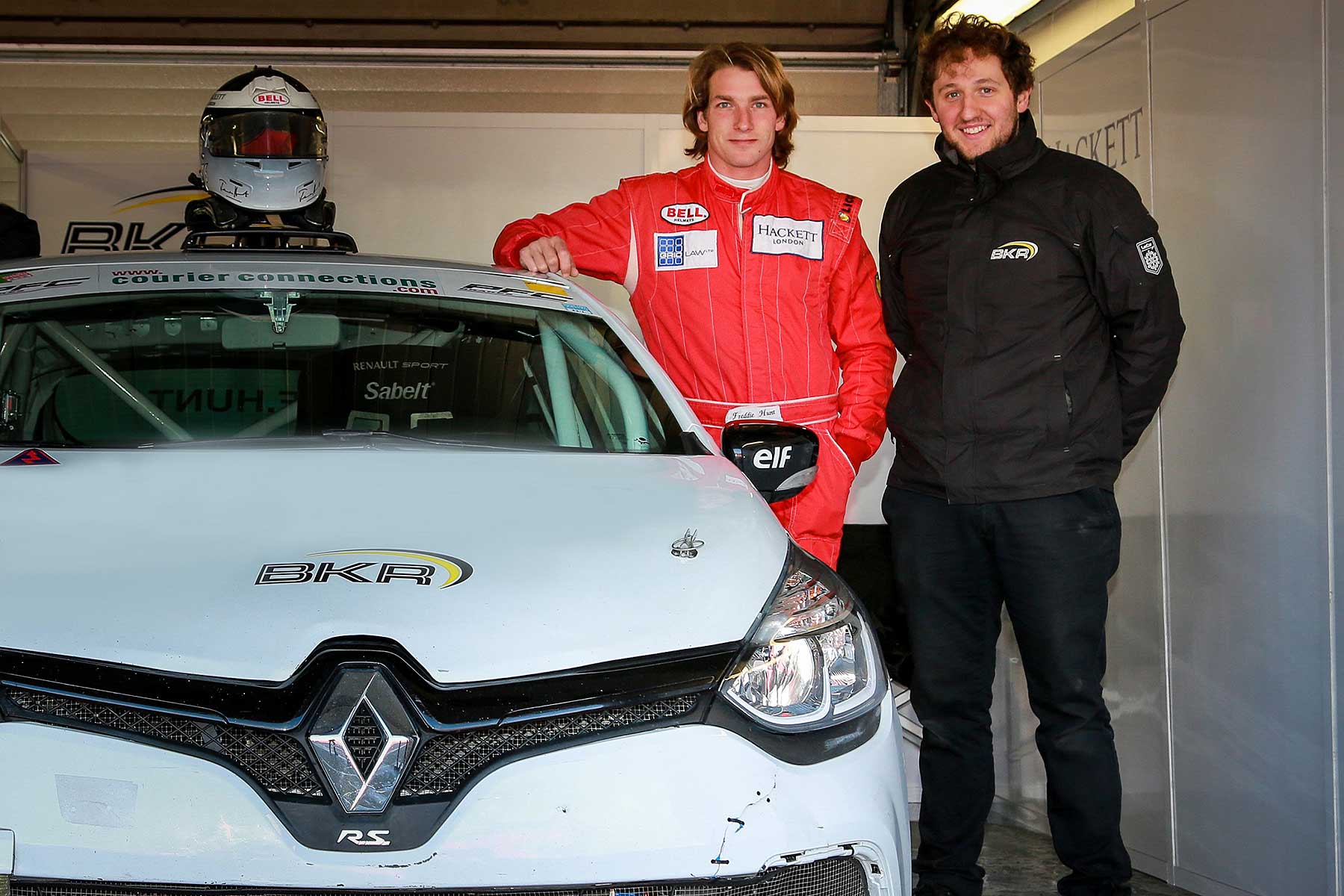 The late entry into the British Touring Car Championship support series came after a successful recent test with the BKR team at Brands Hatch.

“I’m extremely happy to be back racing again with a new challenge in the Clio Cup and a new team in BKR,” said Hunt. “Our test together at Brands Hatch went really well and we’ve kept talking since.

“I was very impressed by the Clio Cup race car as well and out of all the options I had this made perfect sense.”

Hunt’s entry into the championship means the famous motor racing name will once again be seen on TV: all 18 Clio Cup races are covered live on ITV4 as part of the BTCC support package.

Nico Ferrari, team boss of BKR, said: “This is an extremely proud moment in BKR’s history. To capture a name like Freddie Hunt for our first season in such a high-profile championship as the Clio Cup is massive although I suppose some might see it a little odd – his father after all spent most of his F1 career battling against Ferraris!”

Championship manager Will Fewkes added: “Freddie has previously competed in other highly competitive forms of motor sport and I’m sure that it won’t be long until we see him establish himself as a front-runner in the Clio Cup.”