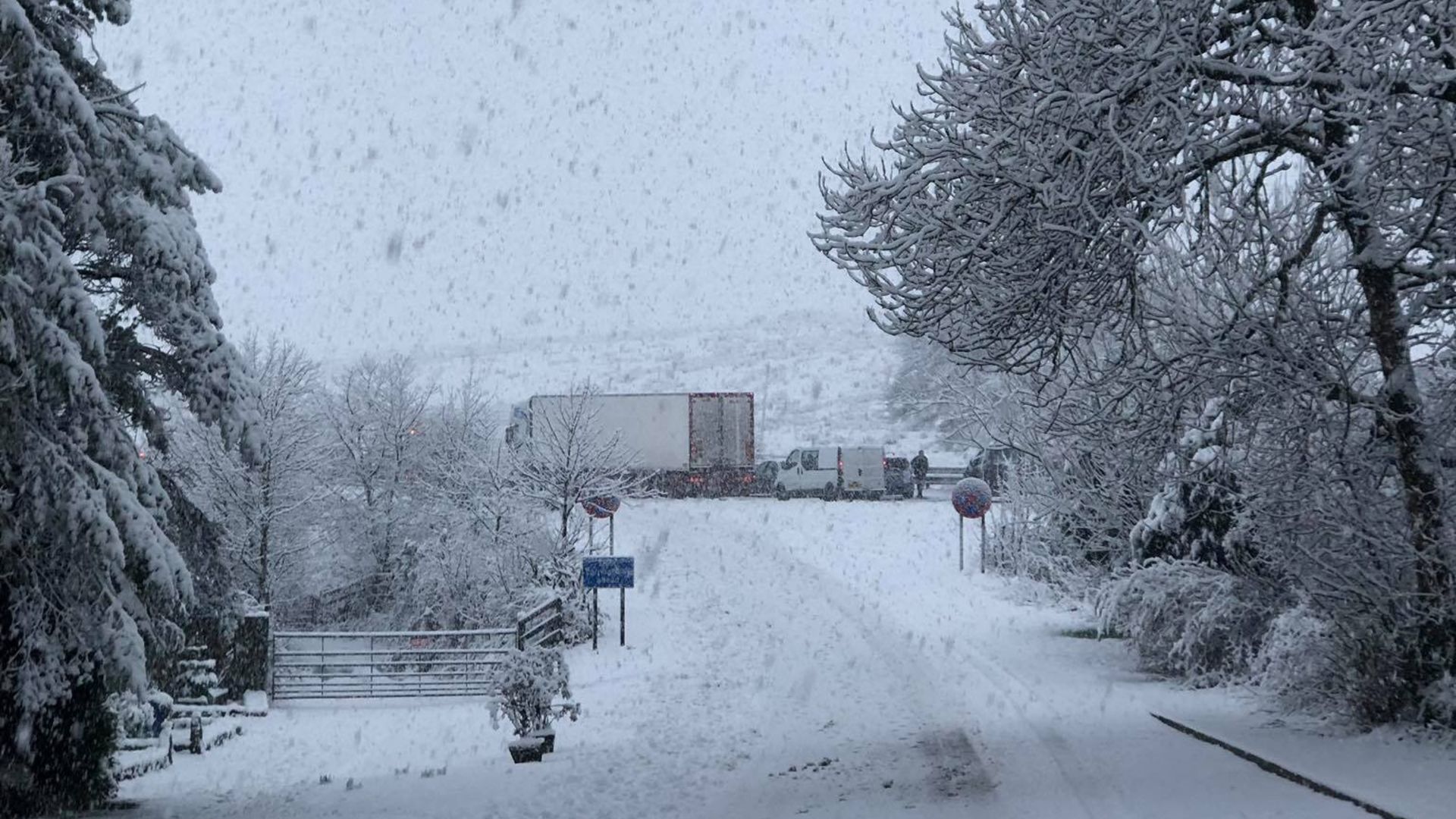 A Cornish pub that provided shelter to motorists during last week’s snow bout has received a special welfare award from Highways England.

Around 140 stranded motorists took refuge at the famous Jamaica Inn as Bodmin Moor succumbed to a vicious blast of snow and the roads became impassible.

The pub’s 36 rooms were all full, and staff – including general manager, Sammy Wheeler – worked tirelessly to make their impromptu guests comfortable. Makeshift dormitories were set up with mattresses, while hot food and drink was laid on.

When it came to the motorists making their way to their cars the next morning, the staff of the Jamaica even helped them forge a path.

The Jamaica and its staff have since received recognition from Highways England, with a Customer Award for Services to the Welfare of Motorists.

“We worked hard with Devon and Cornwall Police, and Cornwall Council to free many drivers and get the A30 moving,” said Andrew Page-Dove of Highways England

“During that time the offer of accommodation from the Jamaica Inn was very welcome. Sammy and the team, as with our teams and many others that evening, went above and beyond their usual shift. At Highways England, the safety and welfare of our customers is our top priority and that’s why we felt this exceptional provision of welfare deserved special recognition.”

Highways England treated the affected areas with 1,700 tonnes of salt, coming from 48 gritters. They joined six tractors in covering 26,000 miles of the road network.

“The Inn has helped many travellers in need over the 270 years of its history, when wild and unexpected weather has hit,” said Allen Jackson, owner of the Jamaica Inn.

“We were able to give, without charge, a combination of emergency beds, mattresses, settees and even just carpet space when we ran out of everything else. All had a blanket, we kept the kitchen and three log fires going all night and Sammy and her staff were quite remarkable.

“The way we see it is we are just continuing this tradition, but it’s nice to be recognised and we’re delighted to receive this award from Highways England – it will take pride of place at the Inn.”