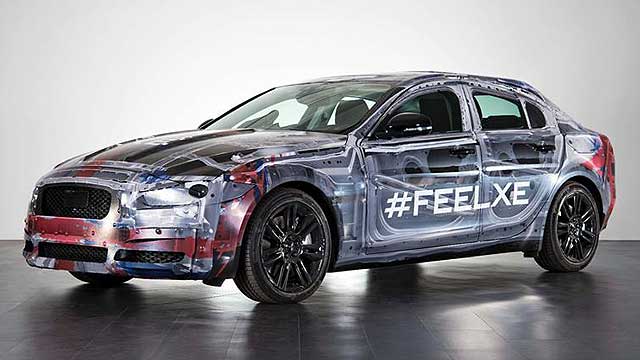 Surprise – it’s the new Jaguar XE revealed in full! Audi, BMW and Mercedes-Benz will be watching with interest…

Jaguar has revealed the shape of the new XE saloon in a new and uniquely-wrapped teaser shot.

The image shows the XE cloaked in a ‘skeleton’ wrap that highlights its all-aluminium underpinnings. To further hide the car’s details, there’s a stylised union jack on the front as well.

But it’s still a revealing first teaser of the new saloon, which will do battle with the BMW 3 Series when it is launched later this year.

Highlights that are now clear include an ultra-short front overhang, a long wheelbase and a very rakish coupe-like roofline.

The twin powerdomes in the bonnet seem extremely prominent and the sculpted rear wheelarches also look rather muscular. 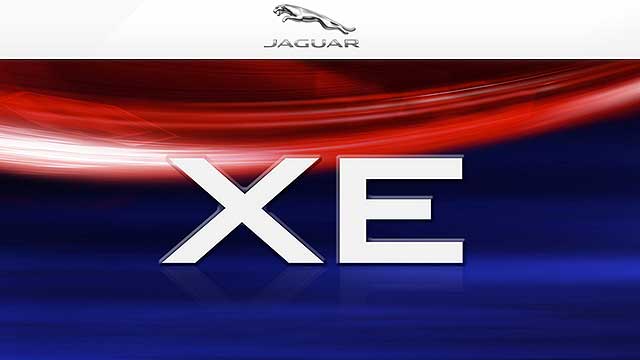 Jaguar is expected to reveal more such teasers as the summer launch of the new Jaguar XE nears. It is encouraging enthusiasts to follow progress using the hashtag #FeelXE.

We’ll bring you all the news as it’s revealed. For now, over to you: what do you make of the latest surprisingly revealing new Jaguar XE teaser?