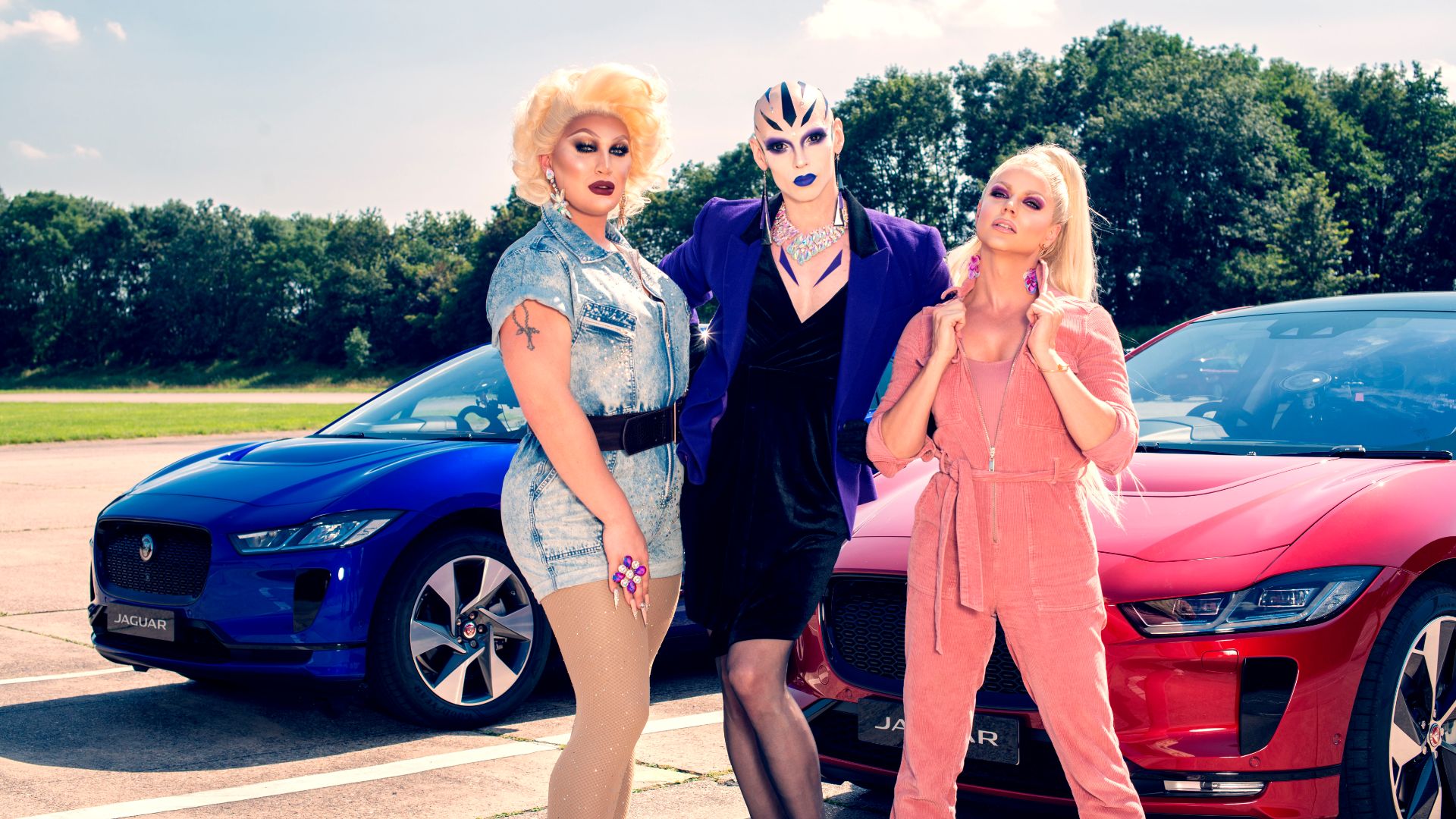 Jaguar has partnered up with Attitude magazine to launch an online mini-series with ‘the world’s most fabulous drag queens’. The aim is to raise funds for LGBTQ+ charities.

The ‘Jag Queens’ will be going head to head, racing Jaguar I-Pace SUVs. The first face-off, between Courtney Act, star of RuPaul’s Drag Race, and The Vivienne, has already taken place.

The contestants are racing a quarter-mile for the top prize of £10,000 for their chosen charity. Everyone’s a winner, though – the runner-up will be get £6,000, while the remaining contestants will each receive £2,000. 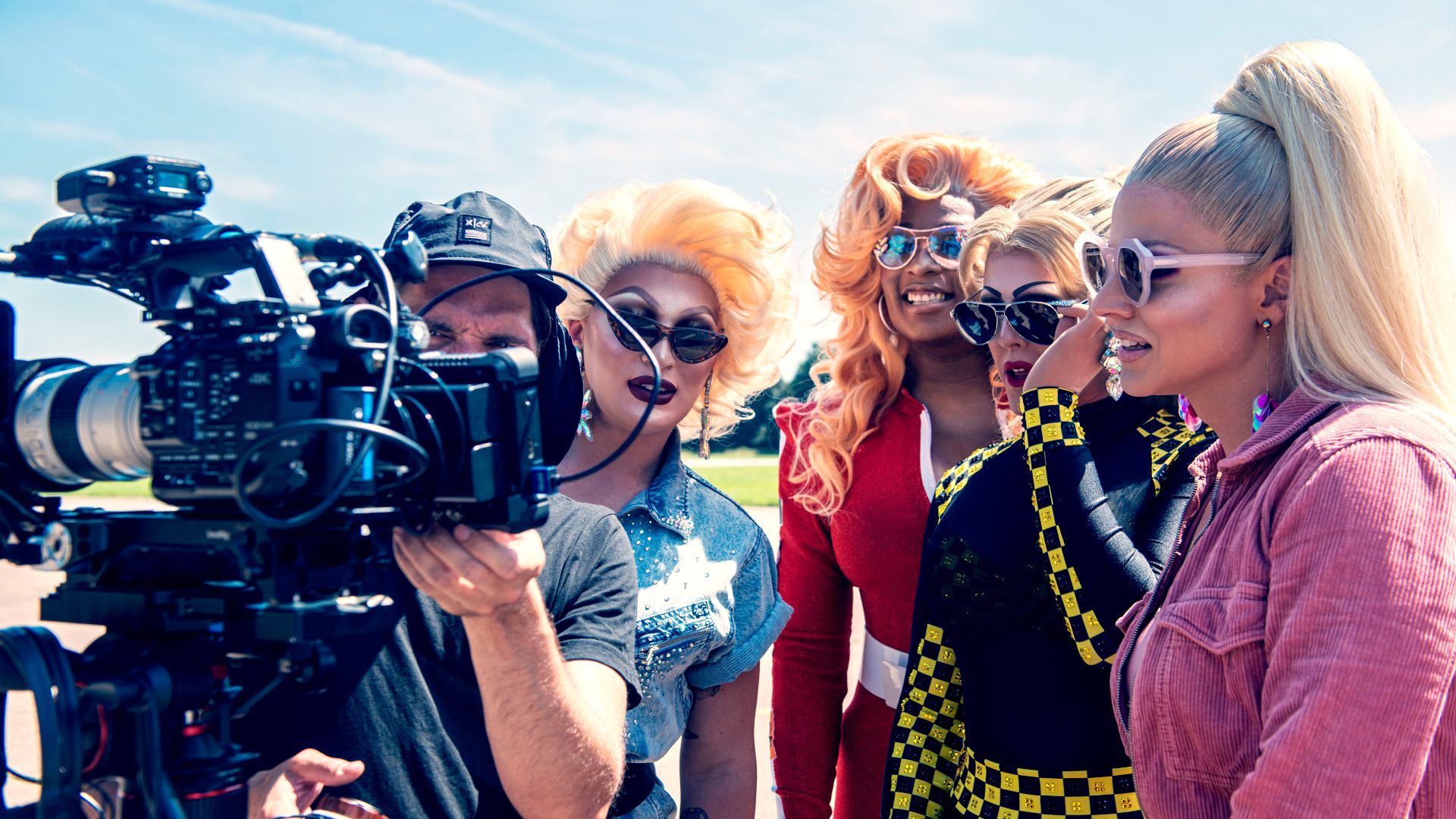 Not to spoil things too much, but the race doesn’t sound like a close one.

“I can’t tell you the exhilaration I felt when I zoomed across the finish line, but then I realised you hadn’t even started,” said Courtney to The Vivienne. “You didn’t even get to drive the car…do you even have a licence?”

“I think I misunderstood when they said it was an electric car,” said The Vivienne. “I thought you could just get in and it just went. I have a license for some things, but not driving.” 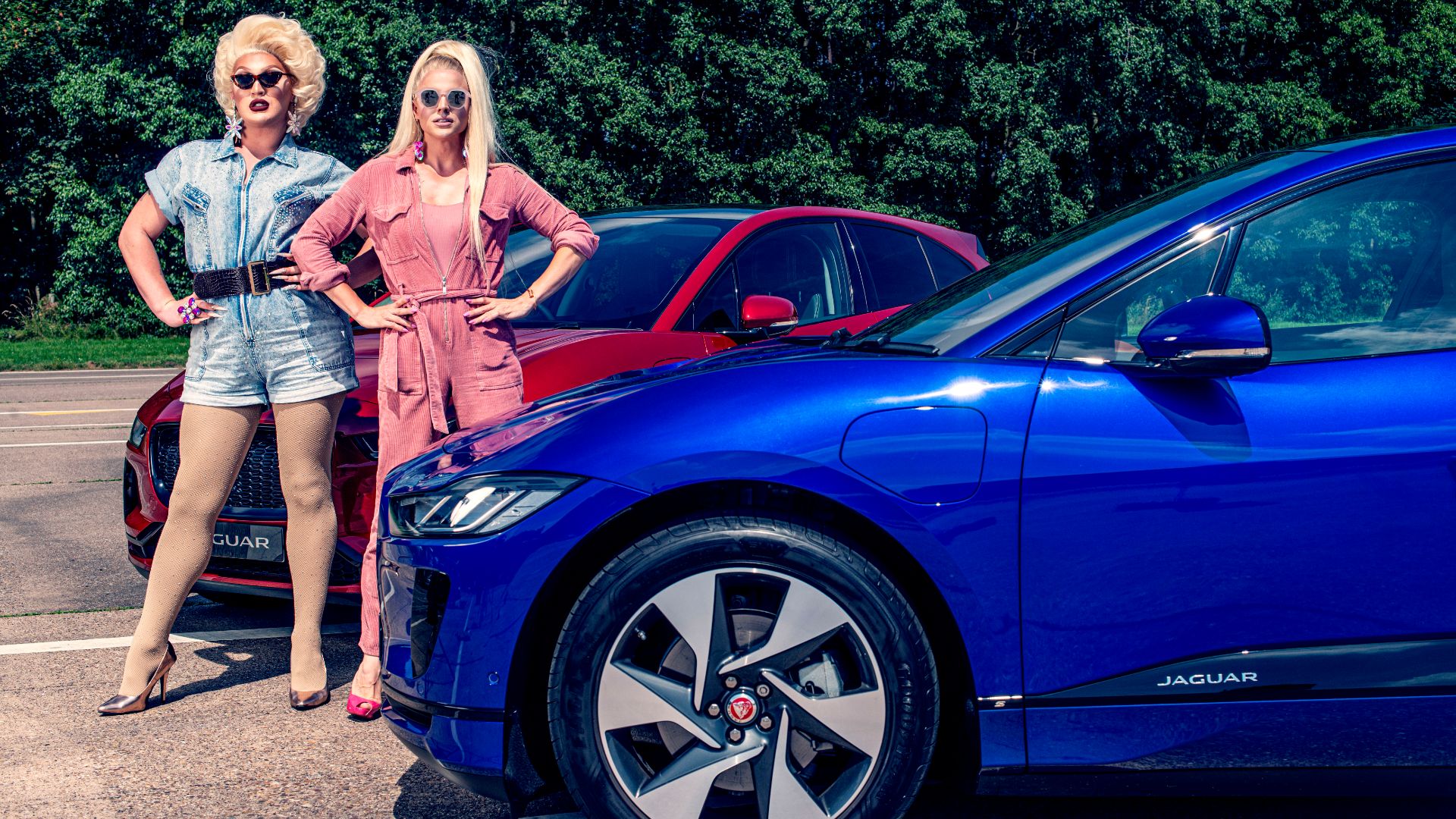 Hosted by Channel 4’s Drag SOS star, Cheddar Gorgeous, the next heat is due out on October 3 at 9am UK time. Taking part are Peppermint, also a RuPaul veteran, and Miss Tickle, a contestant on BBC Three’s forthcoming North East Premier Show Girl series.

The winner will be facing off against Courtney Act in the final heat for the overall win, due for broadcast October 7 at 9am.

The chosen charities are the Albert Kennedy Trust, Stonewall Community Foundation, Sahir House and Angle Trust. Fans can donate, with money being split equally between the four charities.