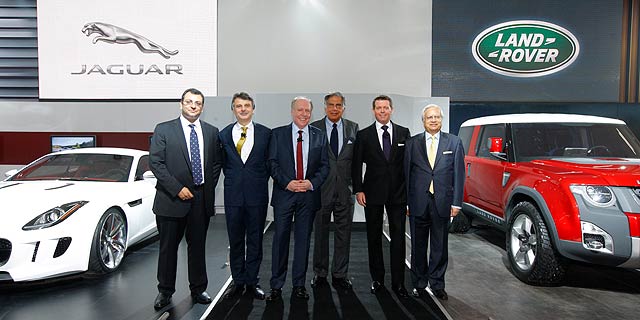 Jaguar Land Rover has reported half-year profits have broken the £1 billion barrier, with profit before tax of £1.083 billion marking a massive 42% year-on-year increase.

Profits in the last three months alone were £668 million, said the firm.

Range Rover: why it is already battling Bentley

The strong results are thanks to continued sales growth for the two British luxury car brands: sales over the past three months increases 21% to 102,644 cars – beating even the half-year sales rise of 16% to just over 197,000 vehicles.

It means half-yearly revenues topped £8.7 billion and turnover of the firm just in the last three months is more than £4.6 billion.

It’s a glittering success story that, reveals the firm, is now not solely down to strong Land Rover sales. Both the Range Rover and new Range Rover Sport have helped, but the introduction of the 2014 model year Jaguars, plus of course the new Jaguar F-type, has also helped JLR’s overall volumes and profitability.

JLR CEO, Dr. Ralf Speth explained that an “unrelenting focus on design, technology, innovation and quality has seen Jaguar Land Rover reach global consumers in more markets than ever before thanks to its most engaging product line-up.

“Our customers are at the heart of everything we do and we remain committed to exceeding expectations and delivering outstanding customer experience in all areas of our business.”

The financial results are a big boost to JLR owner Tata Motors. Sales there plunged 32.5% and the business actually reported a loss rather than a profit: it was entirely thanks to JLR that Tata Motors was able to report a big profit before tax boost.

JLR thus continues to be a very wise and profitable investment for Tata, which bought the firm from Ford in 2008 for £1.15 billion.