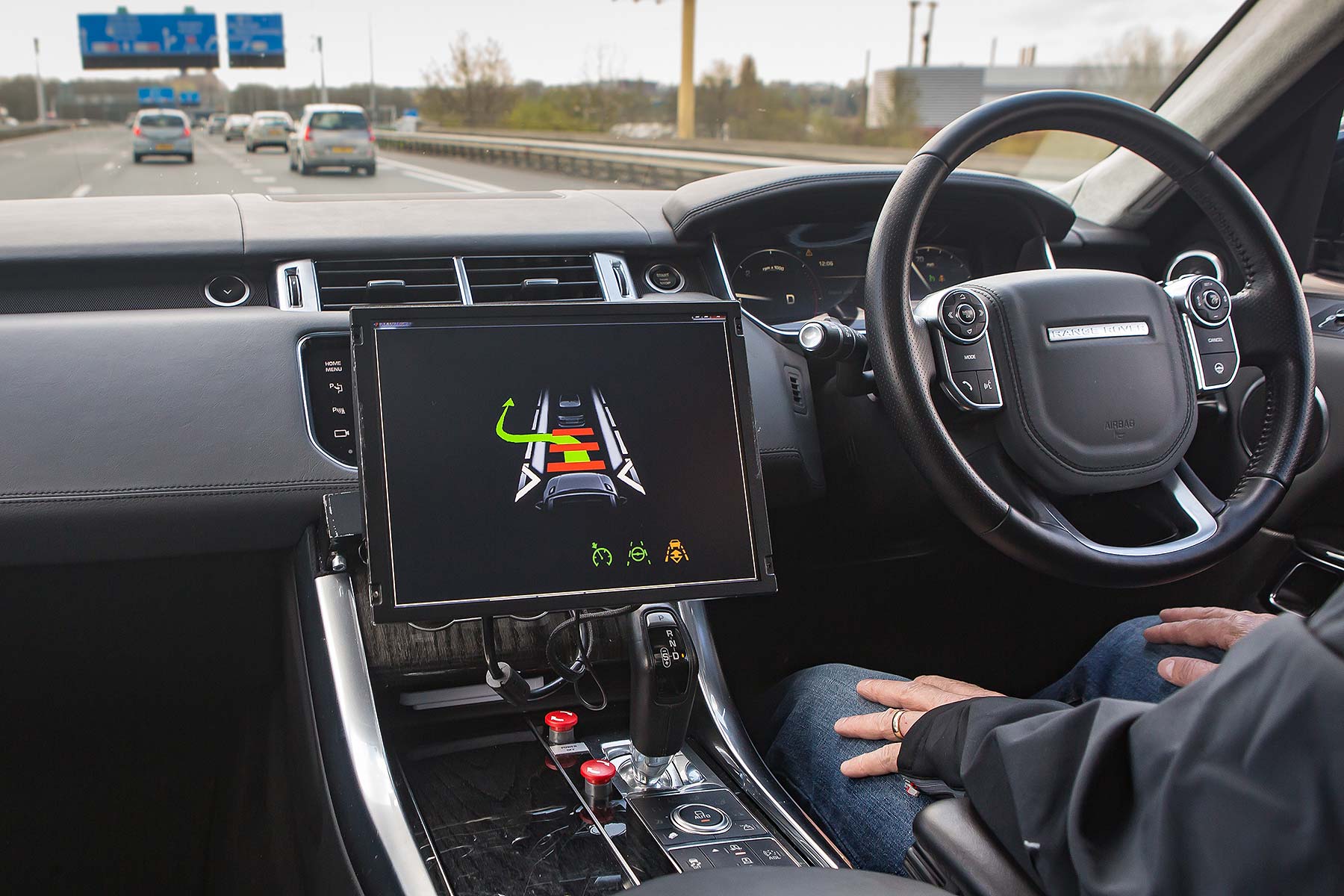 Jaguar Land Rover is developing autonomous car technology – but is not planning to use the ‘driverless cars’ description because the firm is not “looking at simply replacing the driver”.

“There is a big difference between an autonomous car and a driverless car,” said Hallmark. “We are doing both but we have no plans to replace the driver. We prefer to call it driver-focused autonomous technology rather than driverless technology.”

Because the autonomous tech will be constantly working in the background, the intelligent systems will be able to support the driver even when they’re in control, primed to help out in an emergency – a bit like stability control systems do today. An example of this is a connected car warning of a hazard around the next corner, making fast driving on twisting roads safer.

JLR will also take autonomous technology off-road, bolstering the 4×4 credentials of Land Rover. If drivers start to accept autonomous technologies, “they would not want this support to stop just because they have turned off the road,” says Hallmark.

If you use autonomous lane-keeping on a motorway, you should be able to use it for your entire journey, “even if this is via a rough track or gravel road.” JLR wants to make the self-driving car “viable in the widest range of real life on- and off-road driving environments and weather conditions”.

To assist in this, Jaguar Land Rover will begin real-world testing of autonomous technology on public UK roads to support its work at closed test tracks and off-road courses. This research and development work will again concentrate on the driver just as much as the technology.

“Our research and development will ensure drivers trust autonomous,” says Hallmark. The firm aims to develop autonomous cars that “are intuitive and mirror how the driver would react to a situation”.