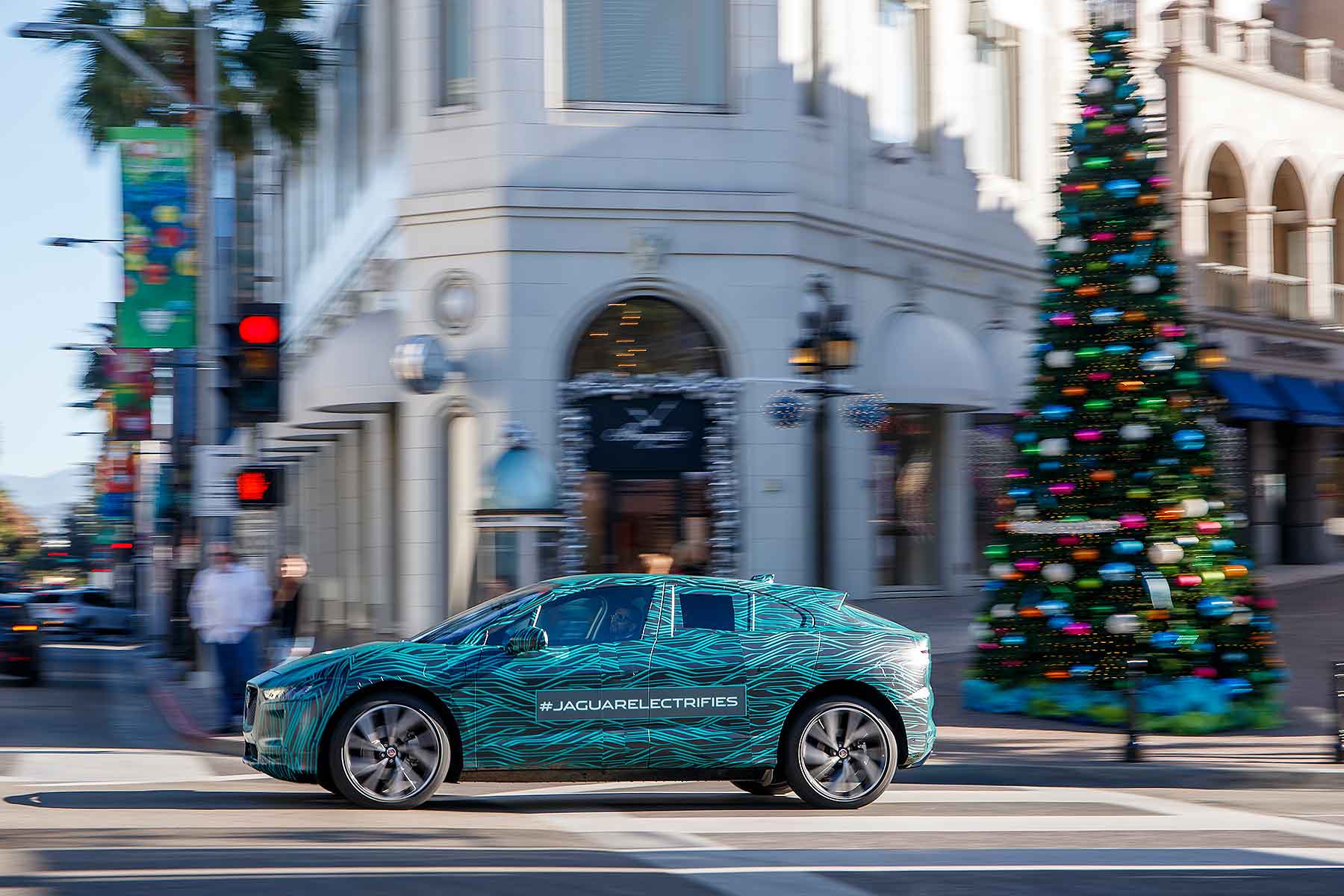 Jaguar has confirmed it will reveal prices and open ordering for its new I-Pace electric car in March 2018, as the final round of testing gets underway in LA.

The final validation tests are the last remaining assessments to be completed before final sign-off; Jaguar took the opportunity to shoot a liveried car during the LA drives – one of more than 200 prototypes used during I-Pace testing.

Jaguar’s happy to reveal one of the tests successfully completed, too: a 200-mile drive from Sunset Boulevard, LA, to Morro Bay, San Luis Obispo. Apparently this was in response to one potential customer who asked whether the I-Pace would have enough range to complete the California West Coast drive.

“After 1.5 million global test miles,” said Jaguar vehicle line director Ian Hoban, “the I-Pace is ready for production and is proven to deliver long distances on a single charge.”

He also teased the new I-Pace’s fast-charge capabilities: “Our target is a zero to 80 percent charge being achievable in a coffee break.” This could place it on a par with Tesla, whose Superchargers will charge a car to 80 percent full in 40 minutes.

Already, Jaguar says “thousands” of potential customers have pressed the “I want one” button on the I-Pace portal; many of them have simply registered their keen interest, but some have gone further and actually placed a deposit. This will guarantee “they will be at the front of the queue when order books officially open in March,” says Jaguar.

Full specifications will also be revealed in March – including the all-important question of total driving range. A Tesla Model S does at least 304 miles in base £58,200 75D guise in the UK: how will the new Jag EV compare?