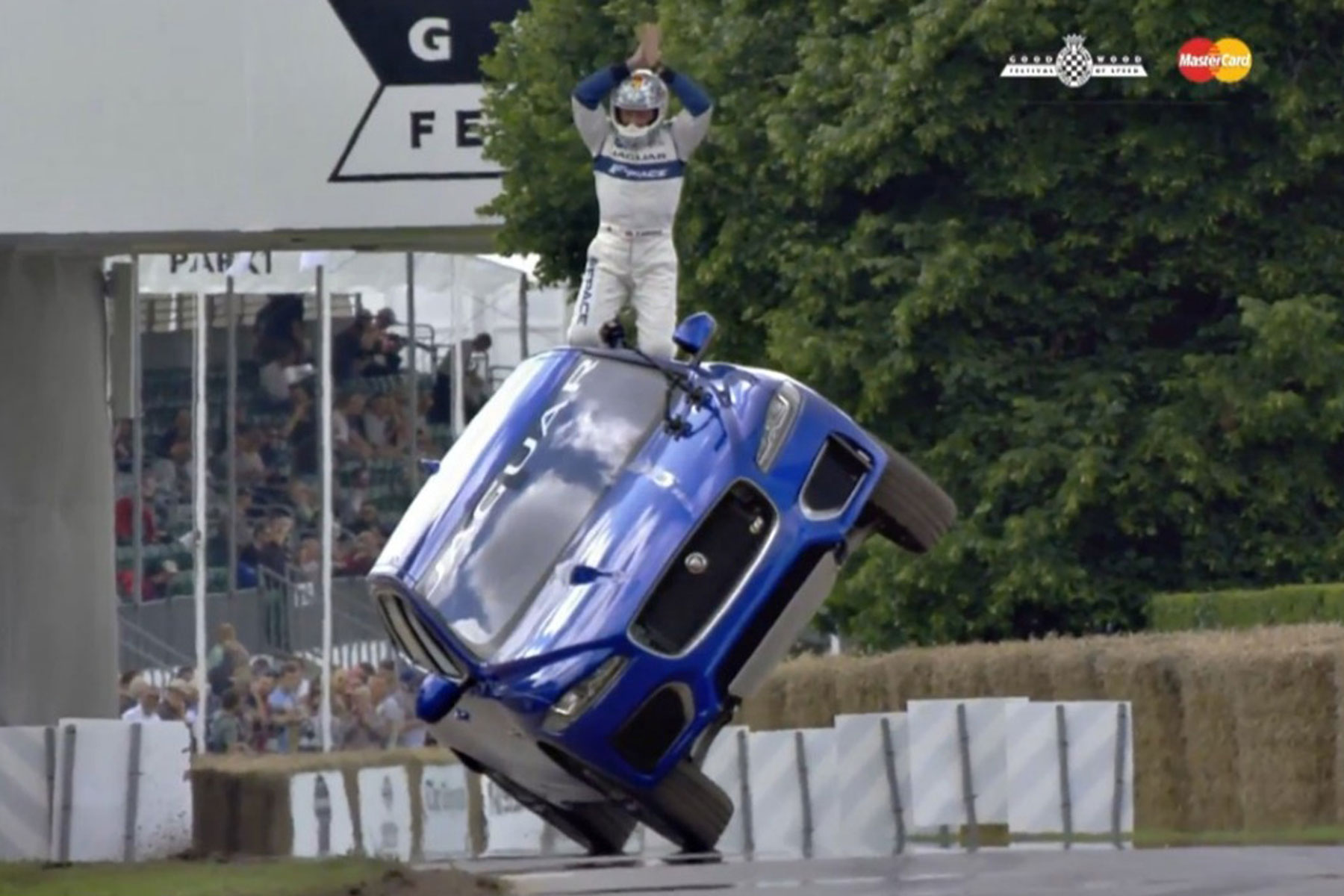 A professional stunt driver has been left red-faced after a stunt in front of thousands of people at the Goodwood Festival of Speed went wrong – leaving a Jaguar F-Pace sitting on its side.

Details are sketchy, but it’s thought the Jaguar F-Pace was being driven on two wheels up the hill at low speed before the driver lost balance and the SUV tumbled over.

Behind the wheel was professional stunt driver Terry Grant – the man previously responsible for breaking a Guinness World Record when the F-Pace was first revealed last year.

The idea was set…

…And all it looked great.

But then it all went wrong…

LOL did the Jag F-Pace just fall over? #GoodwoodFOS

Fortunately no one was hurt.