Brand-new factory-fresh E-types will again be sold by Jaguar as it completes a limited run started in the 1960s...

Jaguar is to build a limited run of six brand-new E-type Lightweights – and the firm’s first-ever ‘recreation’ will mean the full intended run of 18 lightweight E-types is finished, more than half a century after it started.

The ‘missing six’ E-type Lightweights will all use period chassis numbers allocated back in 1963, and will be hand-built in house by Jaguar craftsmen.

They will all faithfully follow the original specification, and are naturally expected to be in huge demand. The firm says that “established Jaguar collectors, especially those with historic race car interests, will be prioritised amongst those potential customers who express interest”.

Does this, rather like it does with Ferrari, indicate the preferred customers who may be favoured when it comes to confirming the deal? 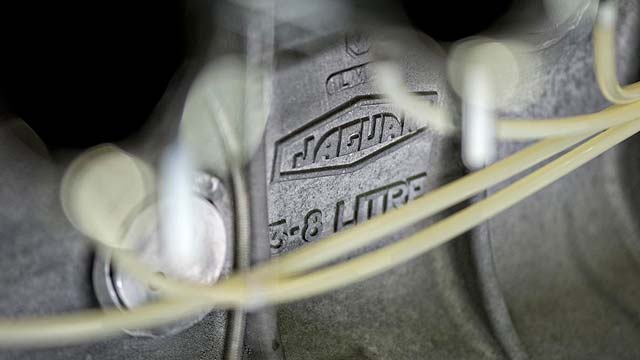 The ‘new’ Jaguar E-type lightweights will all use a 3.8-litre straight-six engine, and all weigh 114kg less than a standard E-type courtesy of the hand-formed aluminium body. There’ll also be no exterior chromework, no interior trim and the same distinctive hand-operated side windows.

Jaguar is clearly already underway producing the first car (the images below show it’s pretty advanced already, too…). The firm confirms it will make its public debut “later this summer”. More information, it adds, will be released at that point – including, presumably, the price.

Over to you: as surprising news stories go, the fact Jaguar is once again to build brand-new E-types is one of the stories of the week. What do you make of it?

BMW is ranked as the most innovative car brand

Public in UK and China rate it top, but Americans aren't so sure
Read more

Electric cars to make UK diplomats ‘greenest in the world’

The 2017 Honda Civic is entirely new – and all the better for it. But should you buy one over a Volkswagen Golf or Vauxhall Astra?
Read more

Prices of the 40kWh Nissan Leaf have been reduced by £1,650 across the range, with the electric car also benefiting from two tech upgrades.
Read more
Advice

The average electric car is driven 9,500 miles a year

The Ferrari GTC4Lusso is now available with a twin-turbocharged V8 alongside the naturally-aspirated V12. But is it a disappointment?
Read more
Car News

The latest 1,000mph, 250kW V3 electric car Superchargers from Tesla have come to Europe, with the first installed at Park Royal in London.
Read more