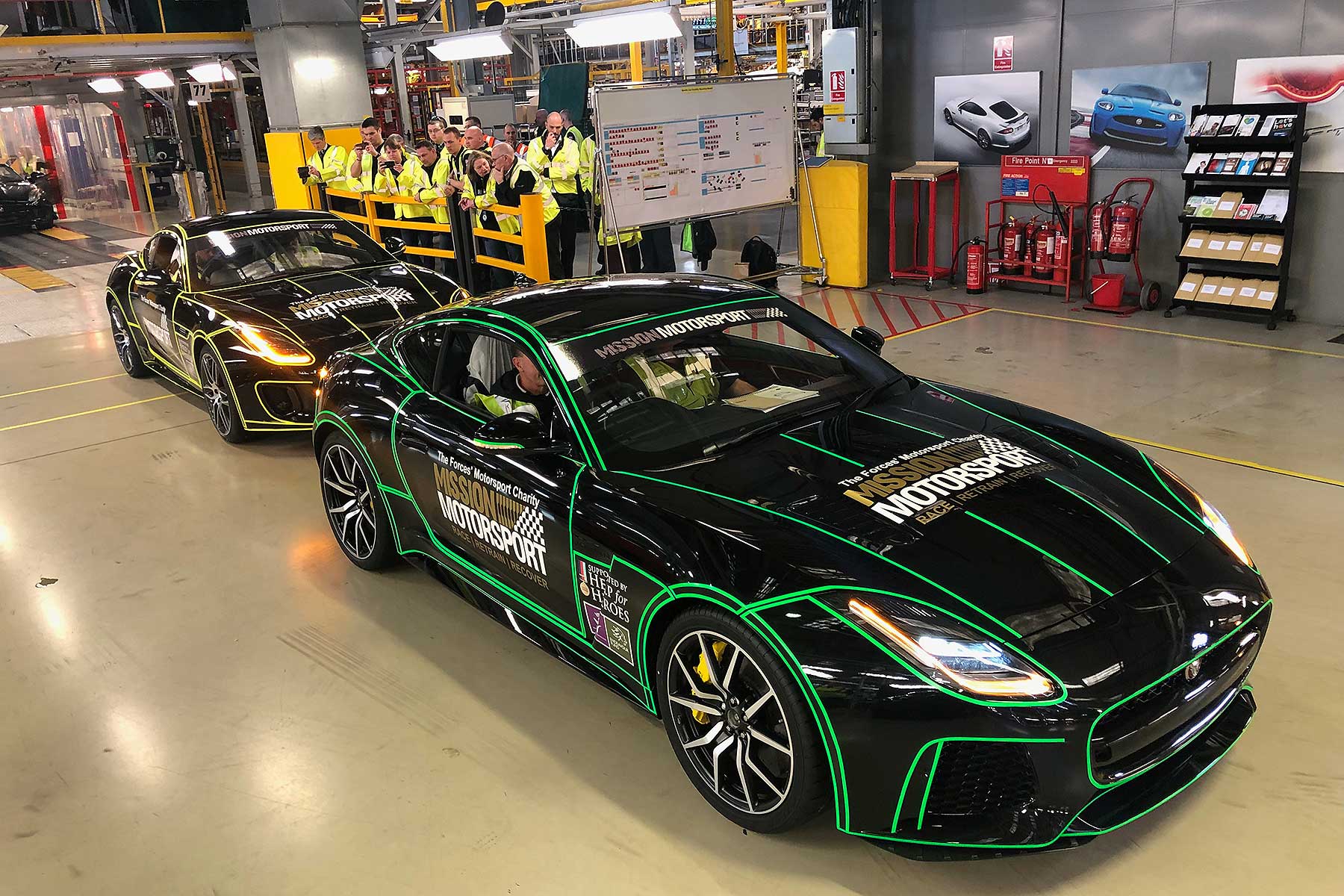 Jaguar has donated two F-Types to forces’ motorsport charity Mission Motorsport to mark Armed Forces Day today (Saturday 30 June). But the cars didn’t come entirely for free – recruits and ambassadors for the charity had to first join the production line and help build them…

Mission Motorsport will use the cars to help support rehabilitation and recovery of ex-service personnel affected by their time in the military.

Rob Lummis is JLR’s head of employee experiences. He said the two F-Types “will make an immeasurable difference to the Mission Motorsport team, enabling them to reach even more veterans who don’t know what the future holds after their discharge from the military.

“At Jaguar Land Rover we have seen the benefits a programme like this can have in awakening new horizons, ambitions and careers. We look forward to seeing the next set of beneficiaries begin their new future with us”.

Jaguar Land Rover has supported the charity since 2014 and, through its Armed Forces Engagement Programme, runs a ‘Wounded Injured and Sick’ training scheme. To date, 45 personnel have taken part – and 29 of them have since gained full-time employment at JLR. Six more now work for JLR suppliers. 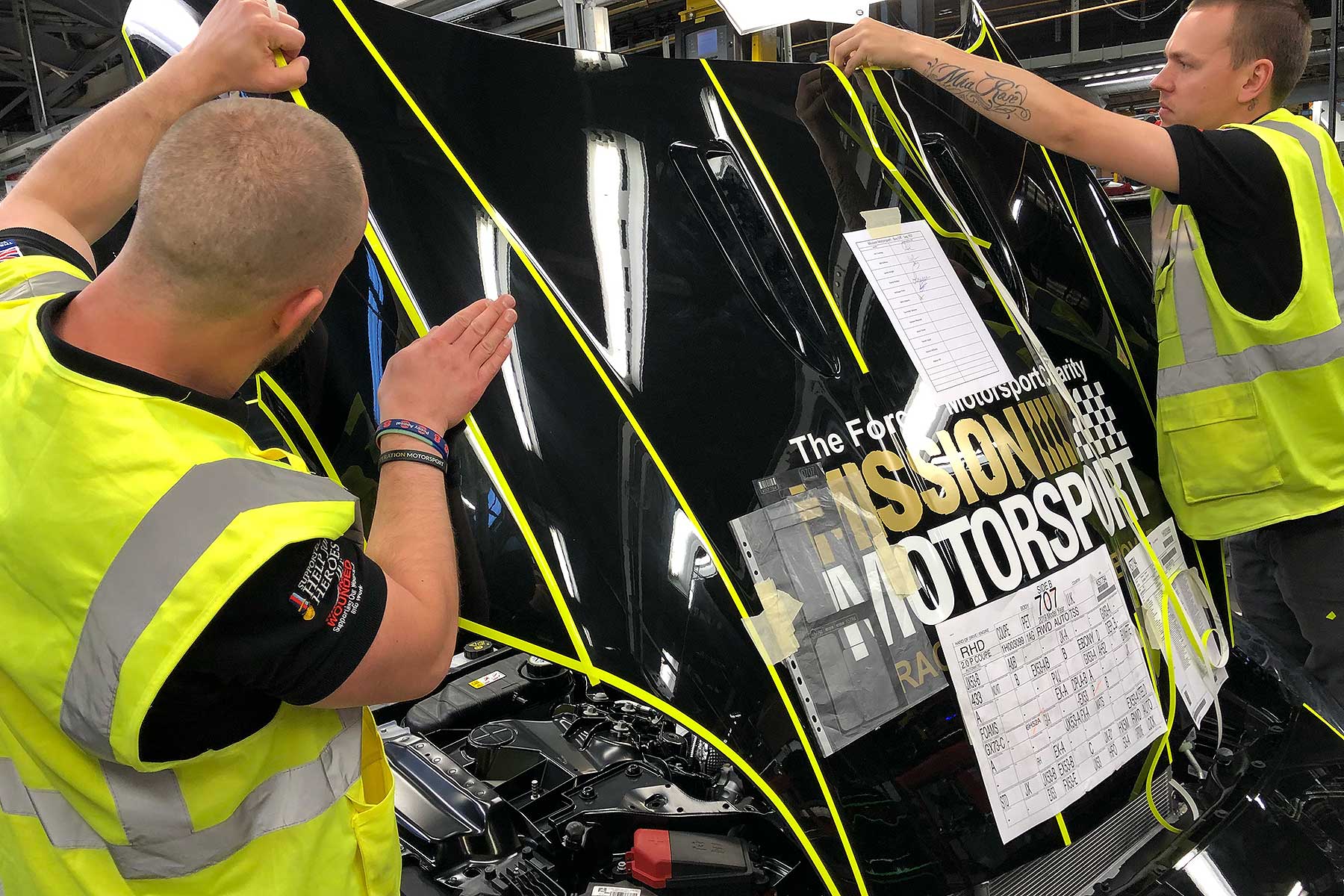 Jaco Van Bilion is one of them; he now works in the JLR powertrain division… and has also represented Great Britain at the Warrior Games, and Team GB at the Invictus games. He’s also about to start a sponsored degree. He helped build the Mission Motorsport F-Types, a 2.0-litre four-cylinder and a 5.0-litre V8 SVR.

“I did not know that my journey from Mission Motorsport to Jaguar Land Rover would be life-changing when I made that first phone call,” he said during the day.

“I left the military because of a degenerative condition and really didn’t know where to turn. Today, I’m here at Jaguar Land Rover in a job I love, with a team that support me and a bright and exciting future. It’s been quite incredible”.

“This has been an incredible gesture by Jaguar Land Rover and an extraordinary commitment to reinforce our hard work in support of those leaving the armed services.”