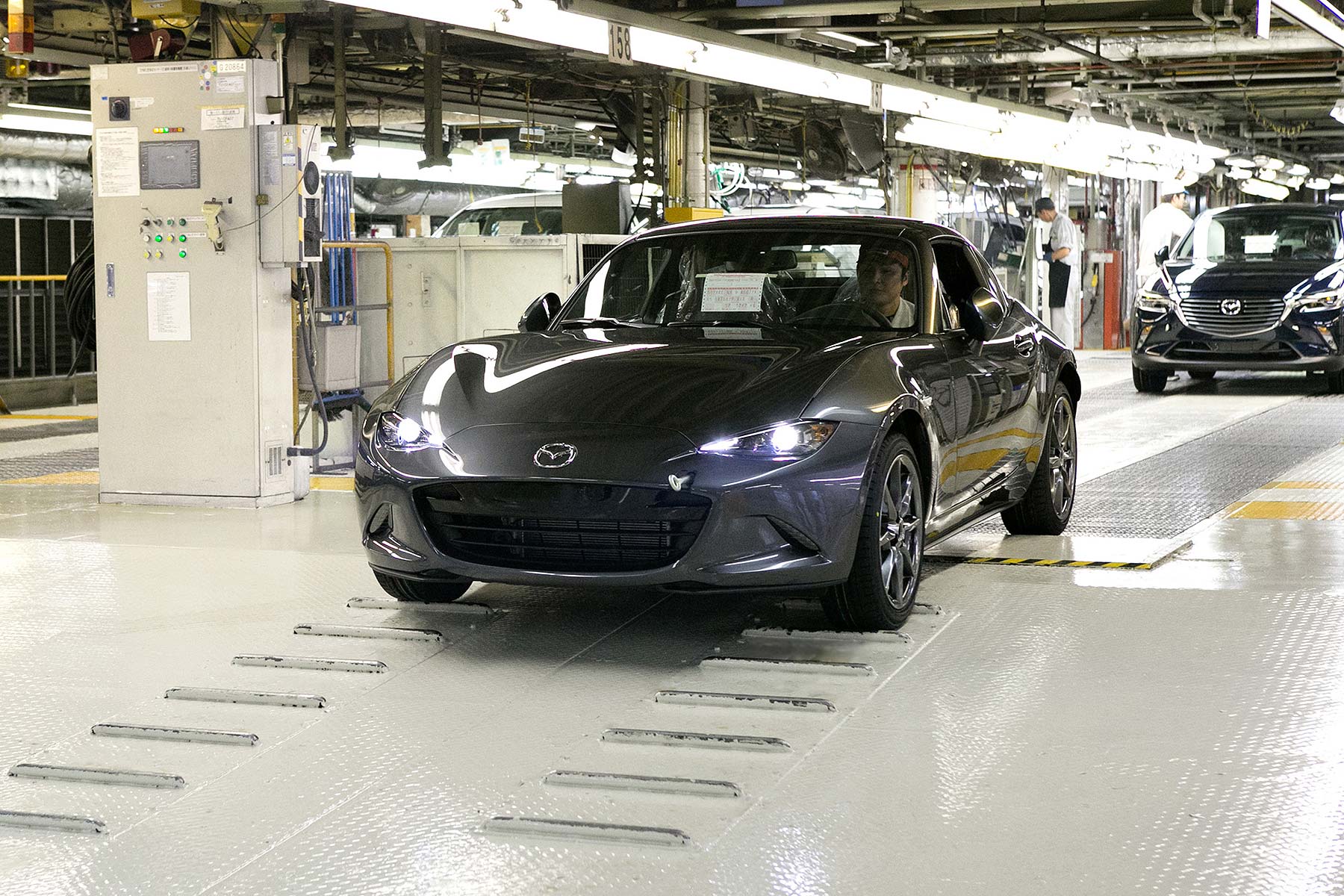 The winter coats are out, the heating is on and Mazda has finally started production of the ‘RF’ hard-top version of its popular MX-5 sports car.

Yup, the ‘Retractable Fastback’ MX-5 was first revealed at the New York Auto Show back in March – before making it to the UK for the Goodwood Festival of Speed in June. It’s now begun series production by Mazda in Japan.

The arrival of the MX-5 RF will be welcome news for owners of the previous ‘Roadster Coupe’ RC, a car which accounted for the majority of MX-5 sales in the UK.

Production of the RF started yesterday at Mazda’s Ujina Plant near its global HQ in Hiroshima. 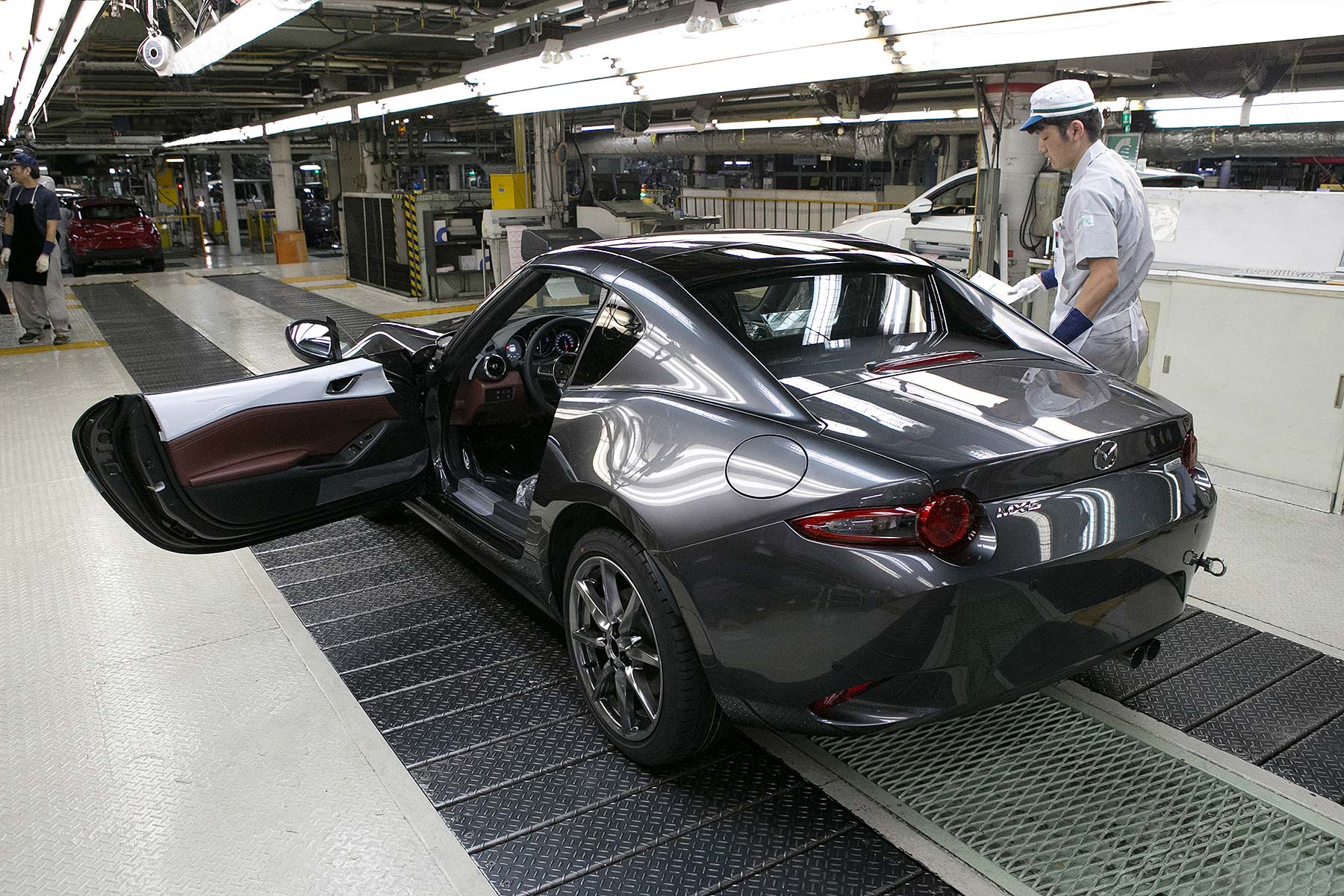 The hard-top MX-5 will be available with both the 1.5- and 2.0-litre engines, and the retractable roof can be operated at speeds below 6mph.

It’ll be more of a boulevard cruiser than the soft-top, with a six-speed automatic gearbox offered for the first time.

Extra sound deadening has been added too, and the electric power steering and suspension have been tweaked to provide a more relaxed drive.

Prices are yet to be announced for the new MX-5 RF, but expect it to cost a premium of around £2,500 over the soft-top when it goes on sale in the UK at the beginning of 2017.