Women have been a key part of the automotive industry since its very earliest days. Indeed, it was a woman who helped commercialise the world’s very first car, and although the industry remains a male-dominated one, there are many influential women holding top roles. Here, to mark International Women’s Day, we look at some of the most important women of motoring, both past and present, and their achievements.

Dare To Be Different 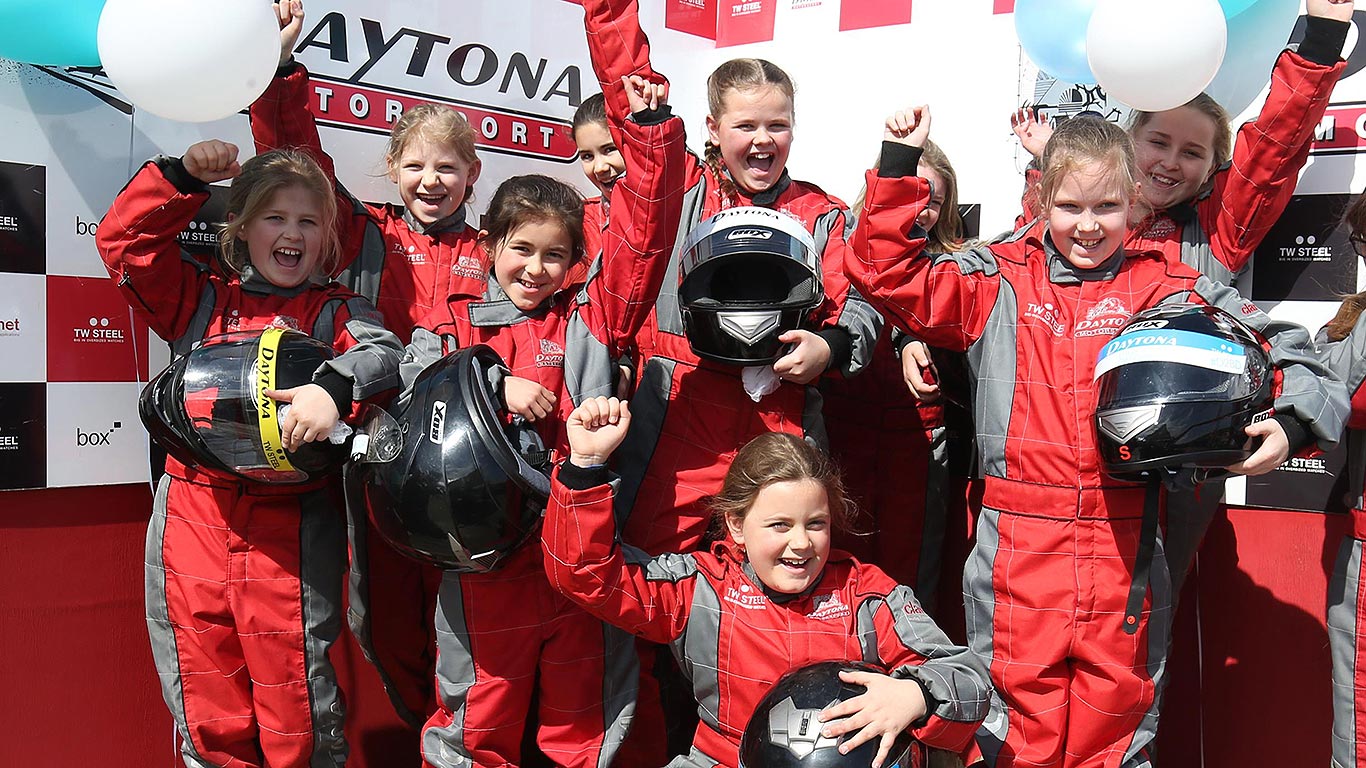 Today, there are several initiatives aimed at helping more women break into the automotive industry. There is even a motorsport scheme, pictured above, called Dare To Be Different, to encourage more women into motor racing. The industry is not without its leading lights, though. Indeed, one of the US Big Three carmakers is currently thriving under the leadership of a woman… 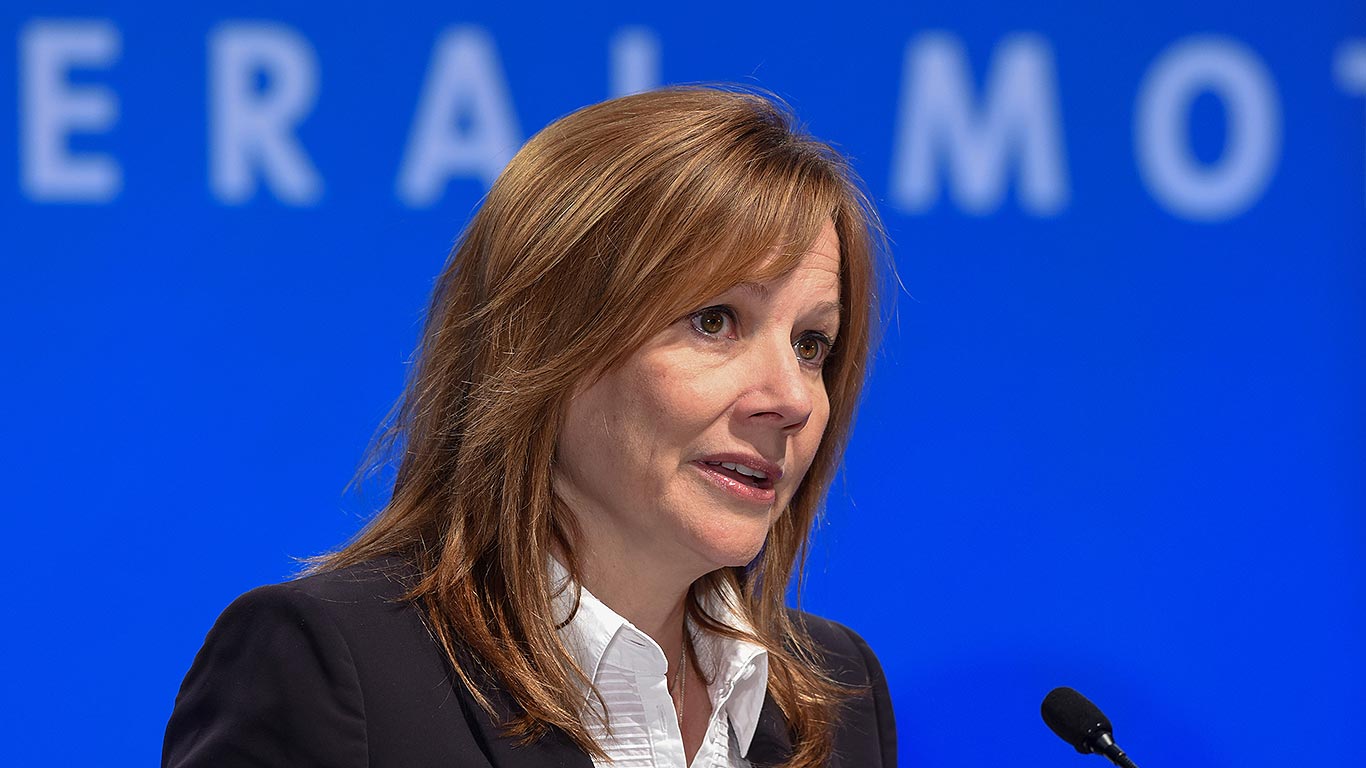 Mary Barra has led General Motors as chairman and CEO since January 2014, after previously serving as executive vice president. She has since been listed by Forbes as the fifth most influential woman in the world. She joined General Motors in 1981, at Pontiac, and later earned an MBA through a GM scholarship. Under Barra, GM’s strategy has increasingly focused on putting the customer at the center of all the company’s activities. 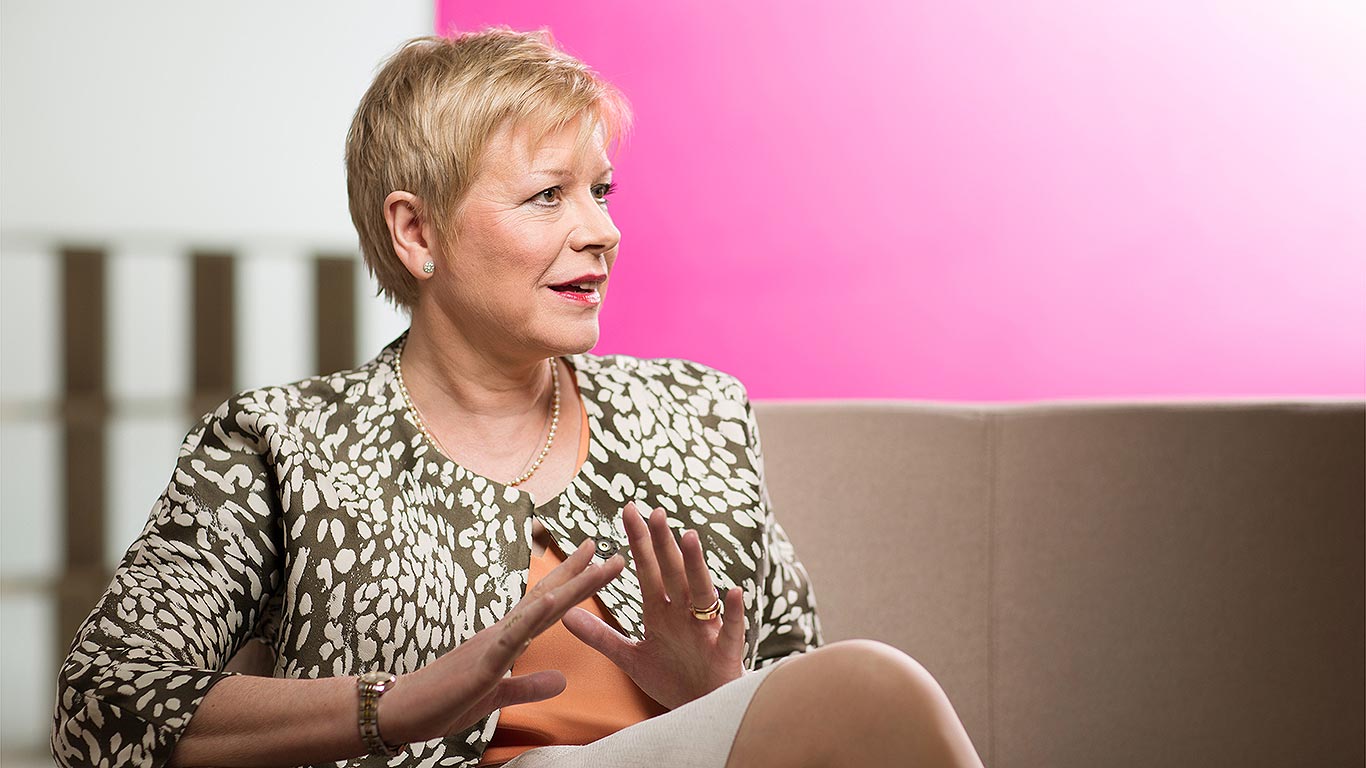 Linda Jackson is CEO of French carmaker, Citroen. She joined the company in 2005 and became managing director of the firm’s UK and Ireland operations in 2010. She then took over as CEO of the entire operation in June 2014. Jackson holds an MBA from Warwick University. Prior to joining Citroen, she worked at MG Rover. 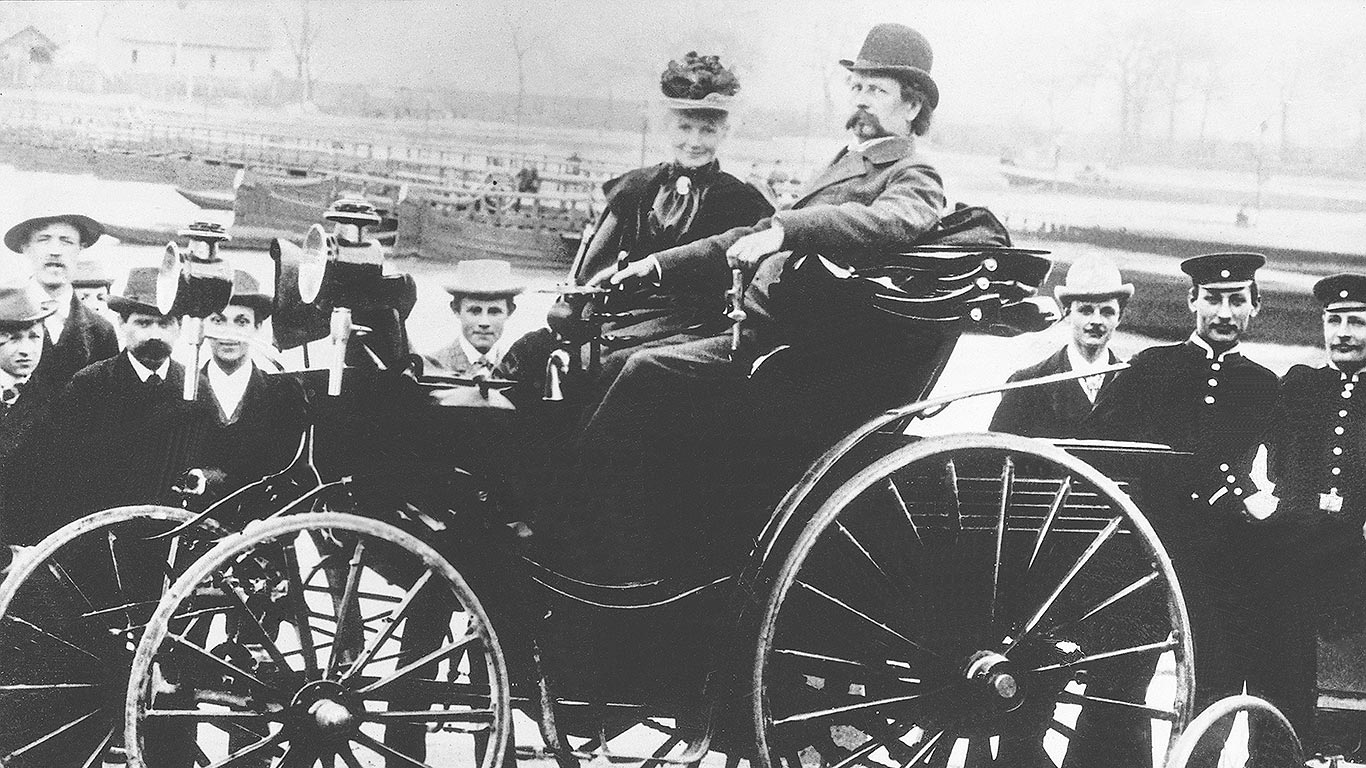 Bertha Benz was instrumental in helping make her husband Karl Benz’s innovative Benz Patent motor car a success. The world’s first car, Bertha Benz used her dowry to help finance it, provided technical support and then, when the vehicle was not receiving the publicity it ought, undertook a mammoth 65-mile drive with her two sons – without telling her husband. This was the world’s first long-distance car trip and helped prove the vehicle’s prowess to the public. She was also thus the first female driver in the world: a true pioneer. 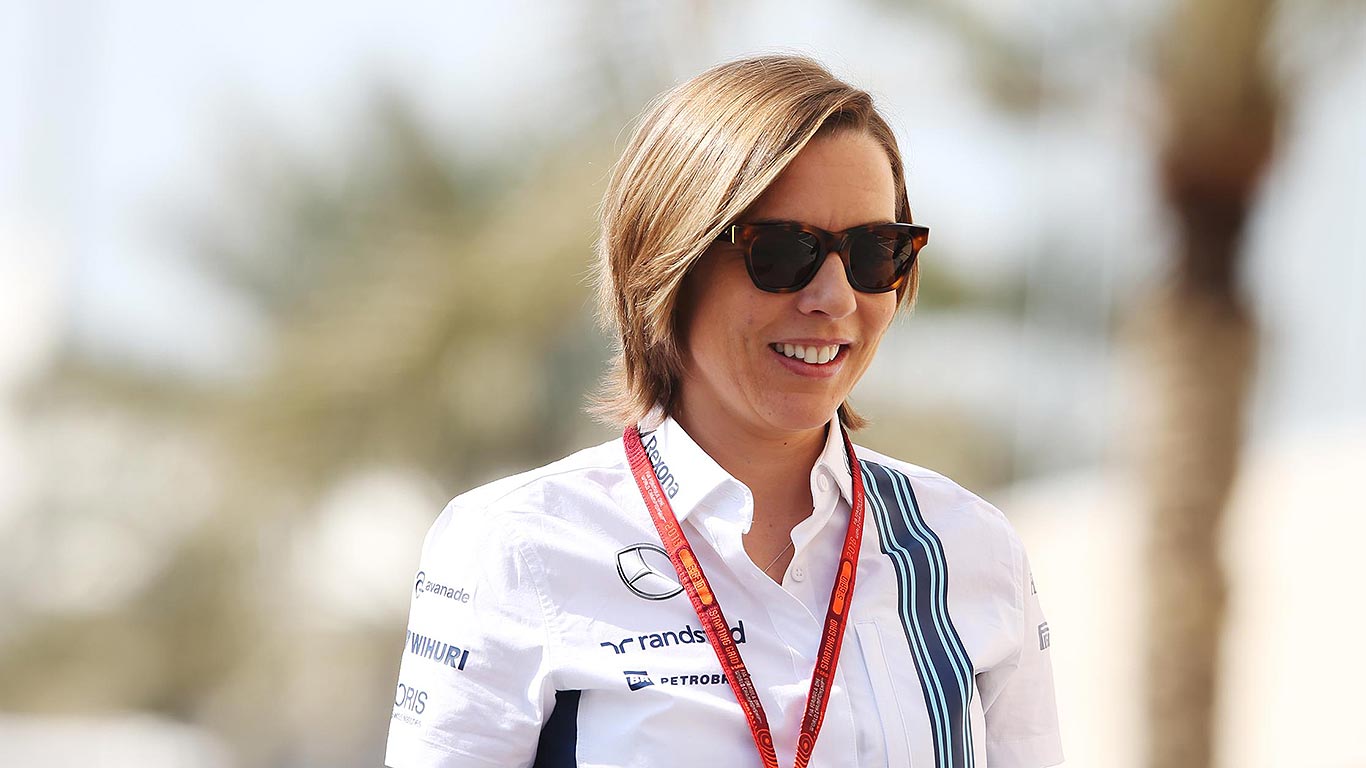 Claire Williams OBE is deputy team principal of the famous Williams Formula 1 racing team. The daughter of Sir Frank Williams, she was made an OBE in the Queen’s birthday honors in 2016. Her career began as press officer at the Silverstone racing circuit, before joining Williams as communications officer in 2002. She took over Sir Frank’s role on the board when he stepped down from the family firm, and became deputy team principal in 2013. 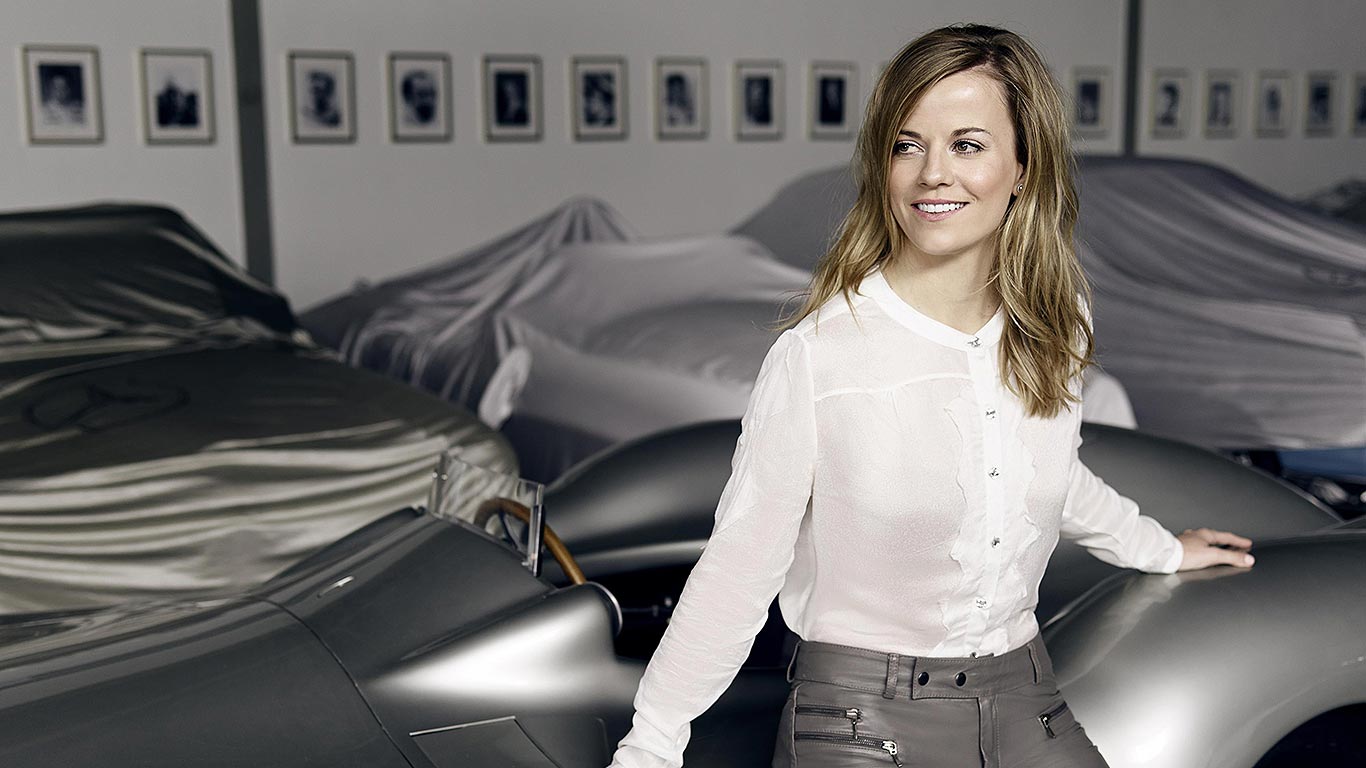 Susie Wolff MBE is a retired racing driver who progressed through the ranks to become a Williams F1 test driver in 2012. In 2014, she was the first woman to take part in an F1 event for 22 years, when she drove in the practice sessions at the British Grand Prix. A former Formula Renault, Formula 3 and DTM racer, she has since founded the Dare To Be Different initiative aimed at helping more women break into motorsport. Wolff, née Stoddart, was made an MBE in the 2017 New Years Honours list for services to women in sport. 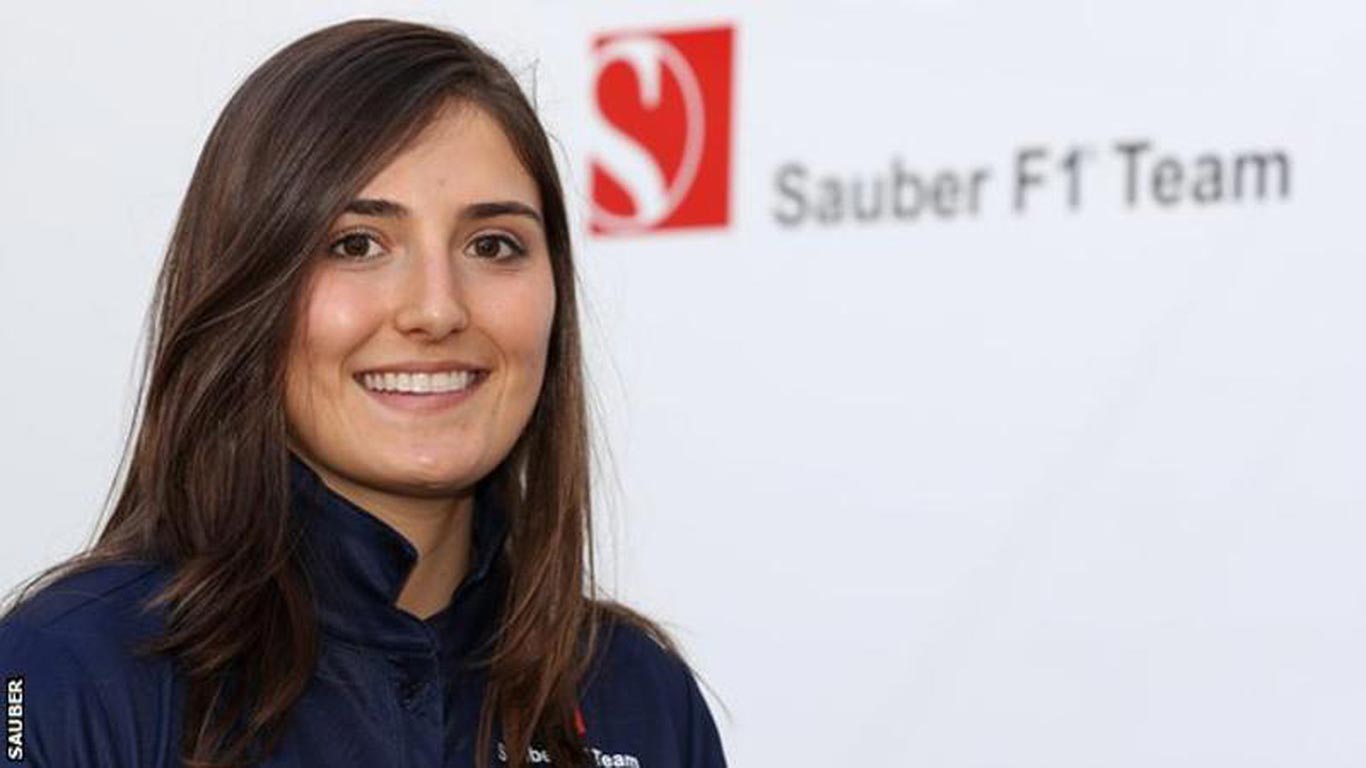 Tatiana Calderon is an up-and-coming female racing driver from Bogota, Columbia. Born in 1993, she has raced in the FIA Formula 3 series and, in 2016, moved up to the GP3 series. She continues this for 2017, but has also joined the Sauber F1 team as development driver. Calderon will carry out duties in the team’s simulator, as well as attend some race weekends. 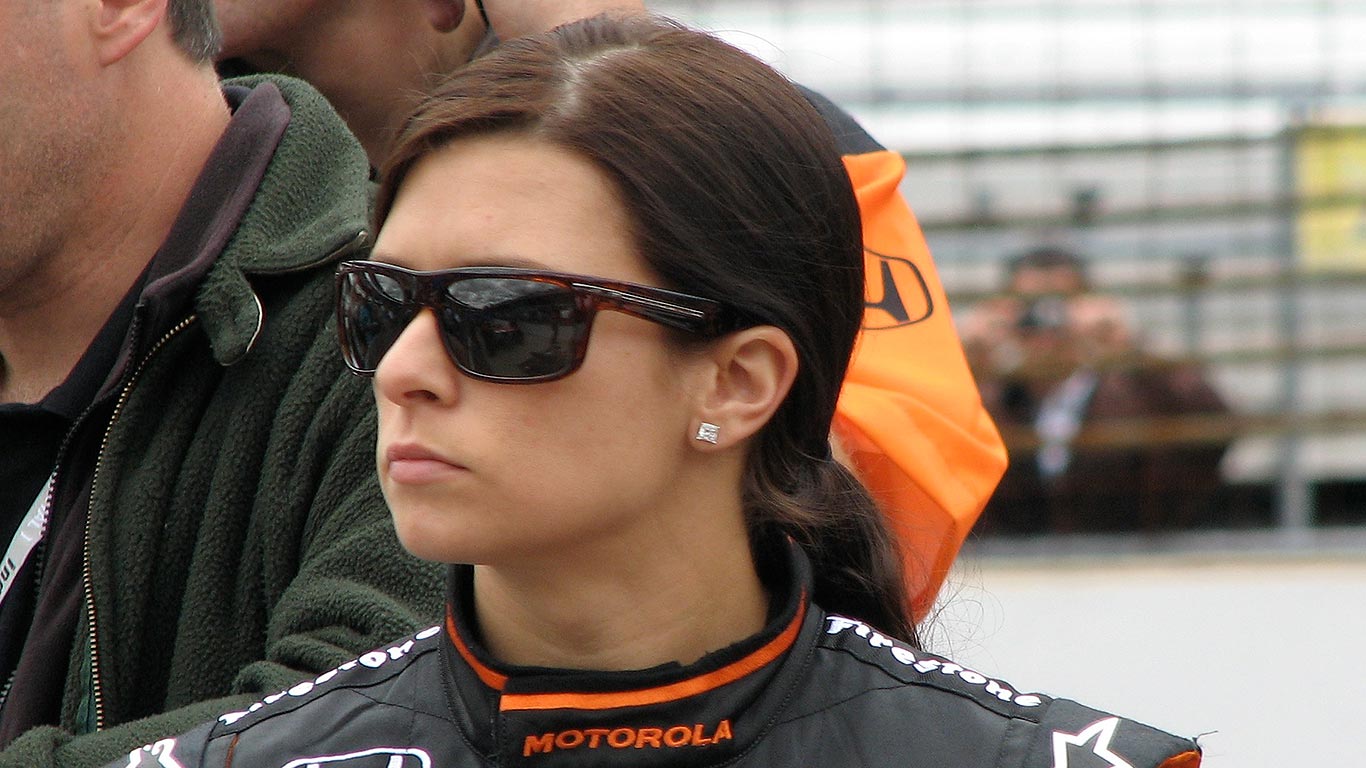 Danica Patrick is the most successful women ever to race in US open-wheel series. Career highlights include winning the 2008 Indy Japan 300 and scoring third in the 2009 Indy 500. She is also the first female to score a NASCAR Sprint Cup Series pole. A hugely consistent racer, she holds the record for most consecutive races still running at the finish in IRL. Prior to racing in the US, Patrick rose through the ranks driving in British Formula Ford. 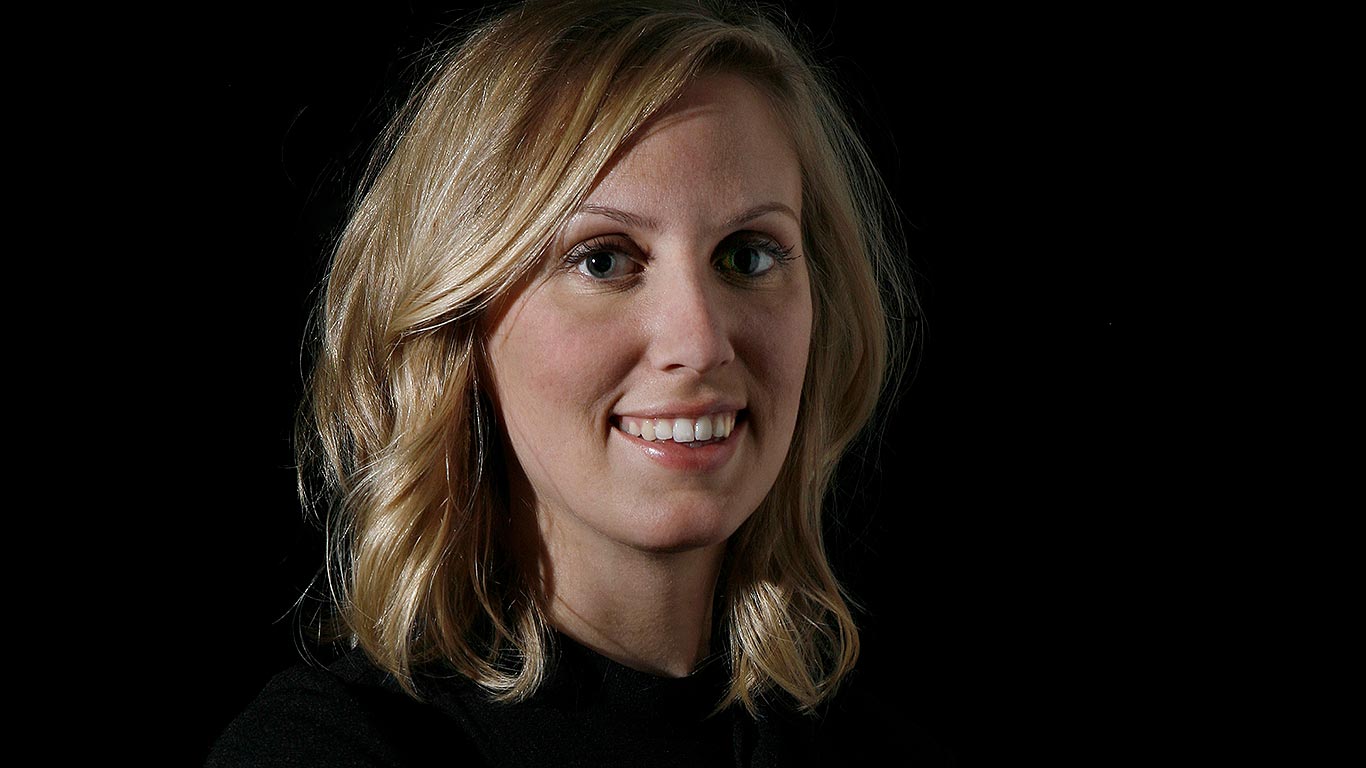 Michelle Christensen led the exterior design of the latest Honda NSX. The firm’s first female chief designer, Christensen developed her interest in cars from her hot rod and muscle car-loving father. She joined Honda in 2005, after studying at the Art Center College of Design in Pasadena. 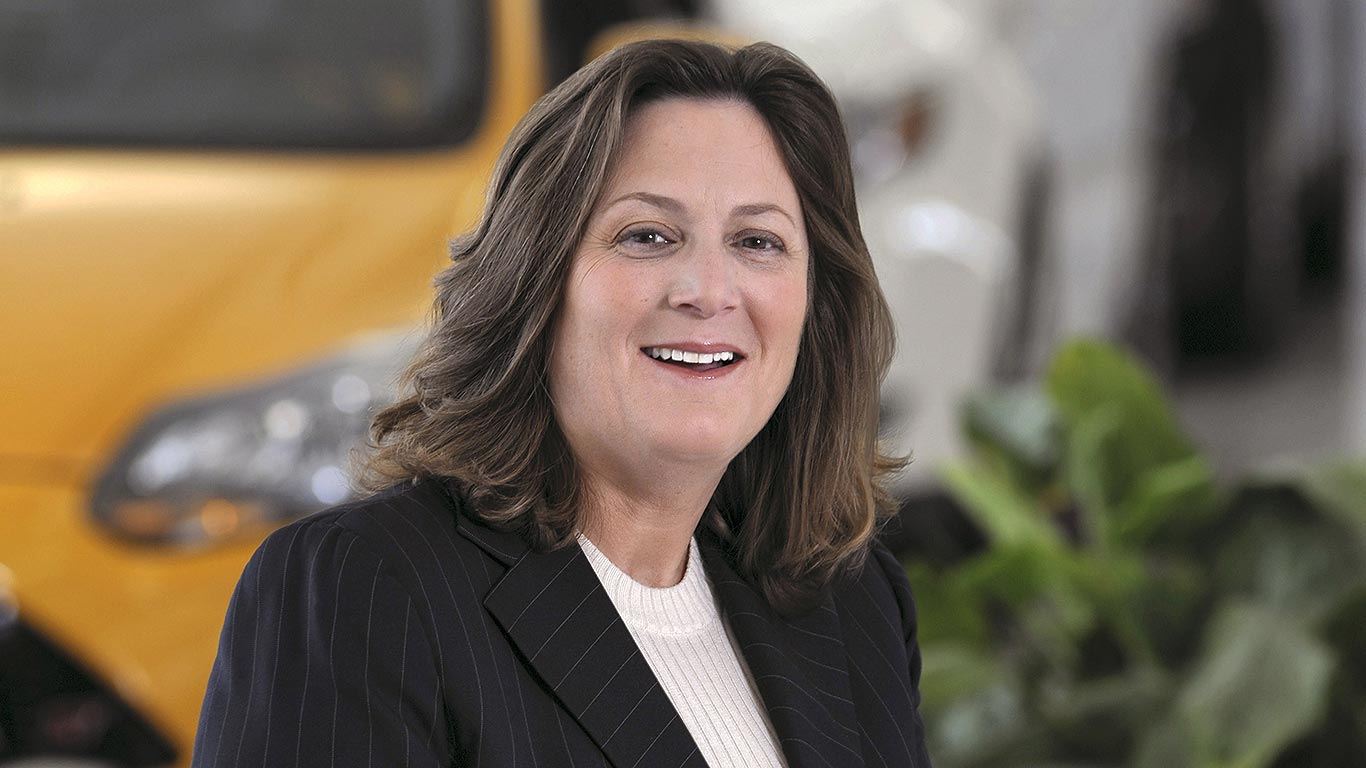 Elena Ford is granddaughter of famous Ford Motor Company president Henry Ford II, and great-great granddaughter of the firm’s founder, Henry Ford. In 2013, she became a vice president of the company and is currently its director for global marketing. She is the first female Ford family member to hold a significant leadership position at the company. 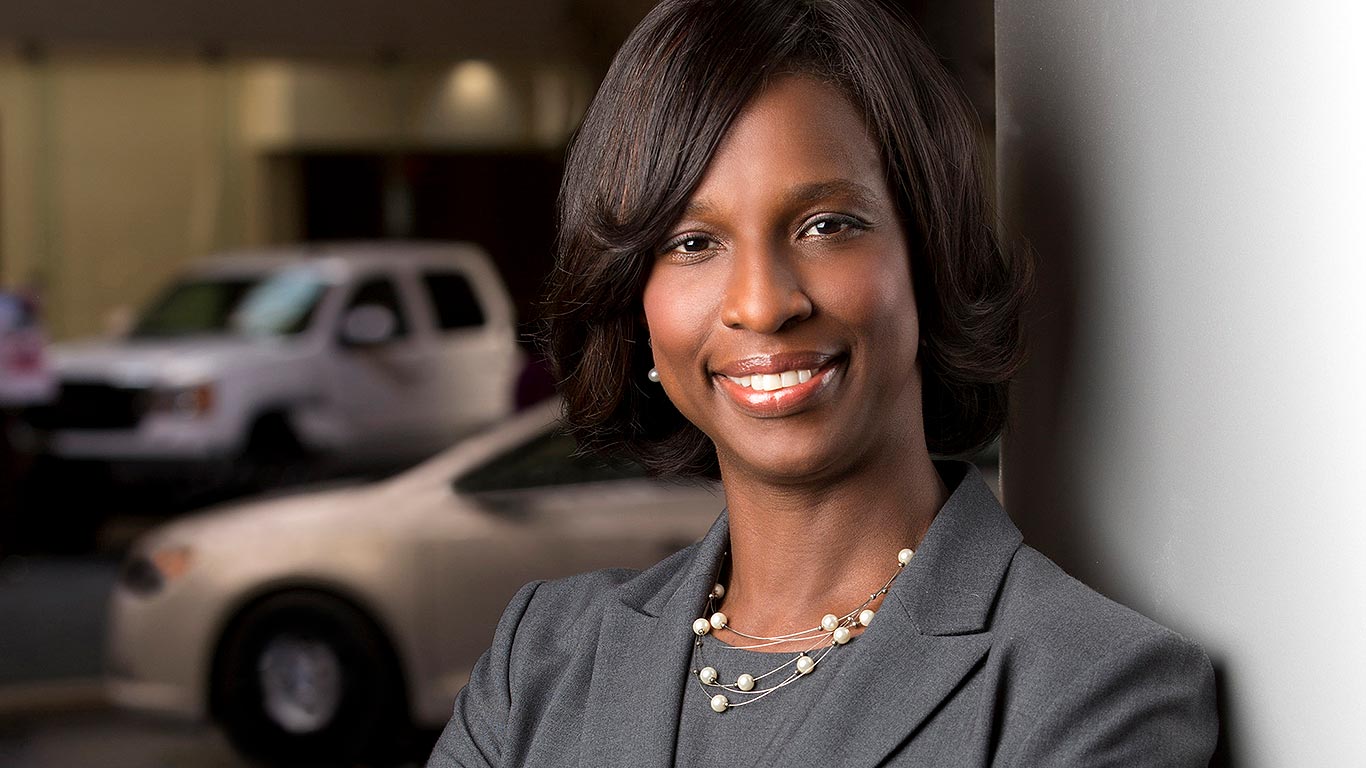 Alicia Boler Davis is executive vice president for global manufacturing and labour relations at General Motors. An MBA holder, Boler Davis joined GM in 1994 at the Warren, Michigan facility. Over the years, her positions across manufacturing, engineering and product development took on increasing responsibility. Today, she is a member of the GM executive leadership team, reporting to CEO Mary Barra. 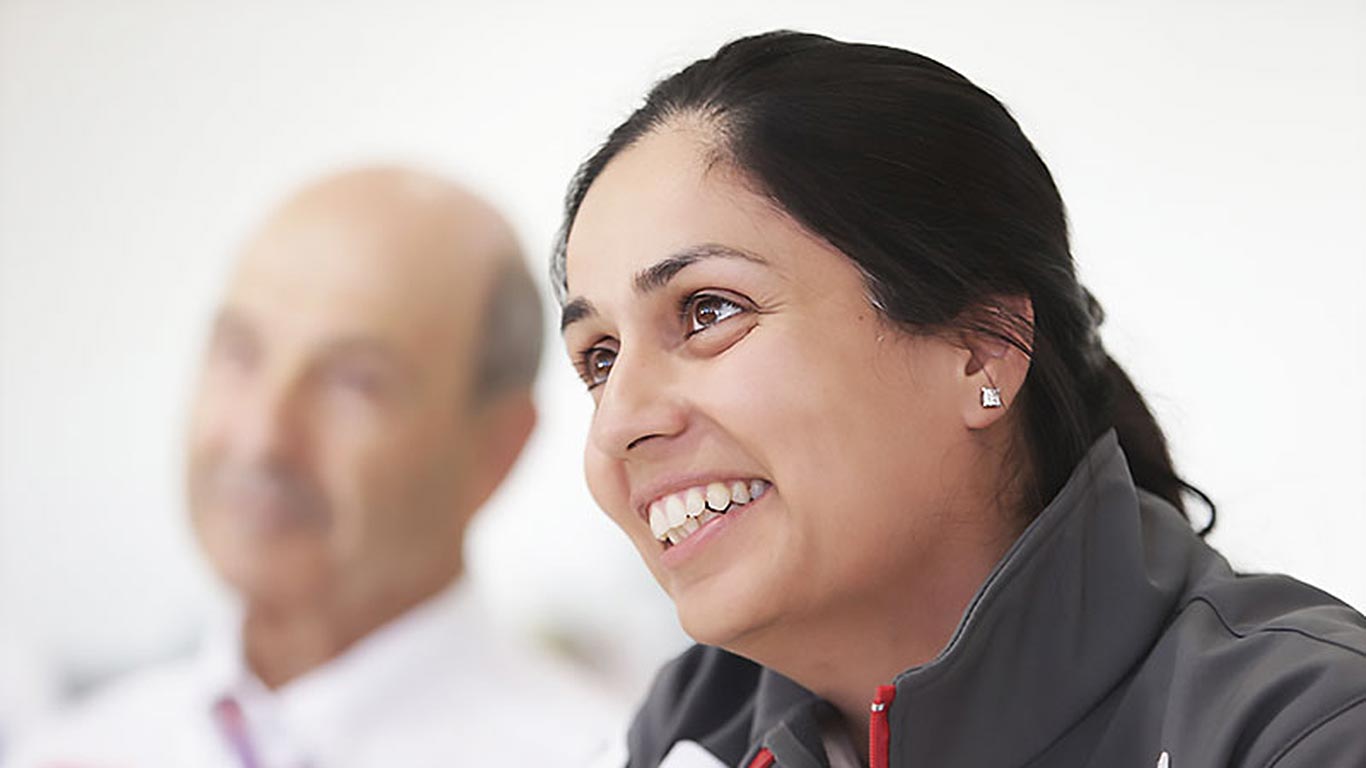 Monisha Kaltenborn was Formula 1’s first female team principal. She was appointed CEO of Sauber in 2010 and, when team founder Peter Sauber retired in 2012, took on the top job. She has a master’s degree in international business law and, prior to joining Sauber, she worked for the UN. Following a difference of opinion with the team’s new owners, she left in 2017 “by mutual consent”. 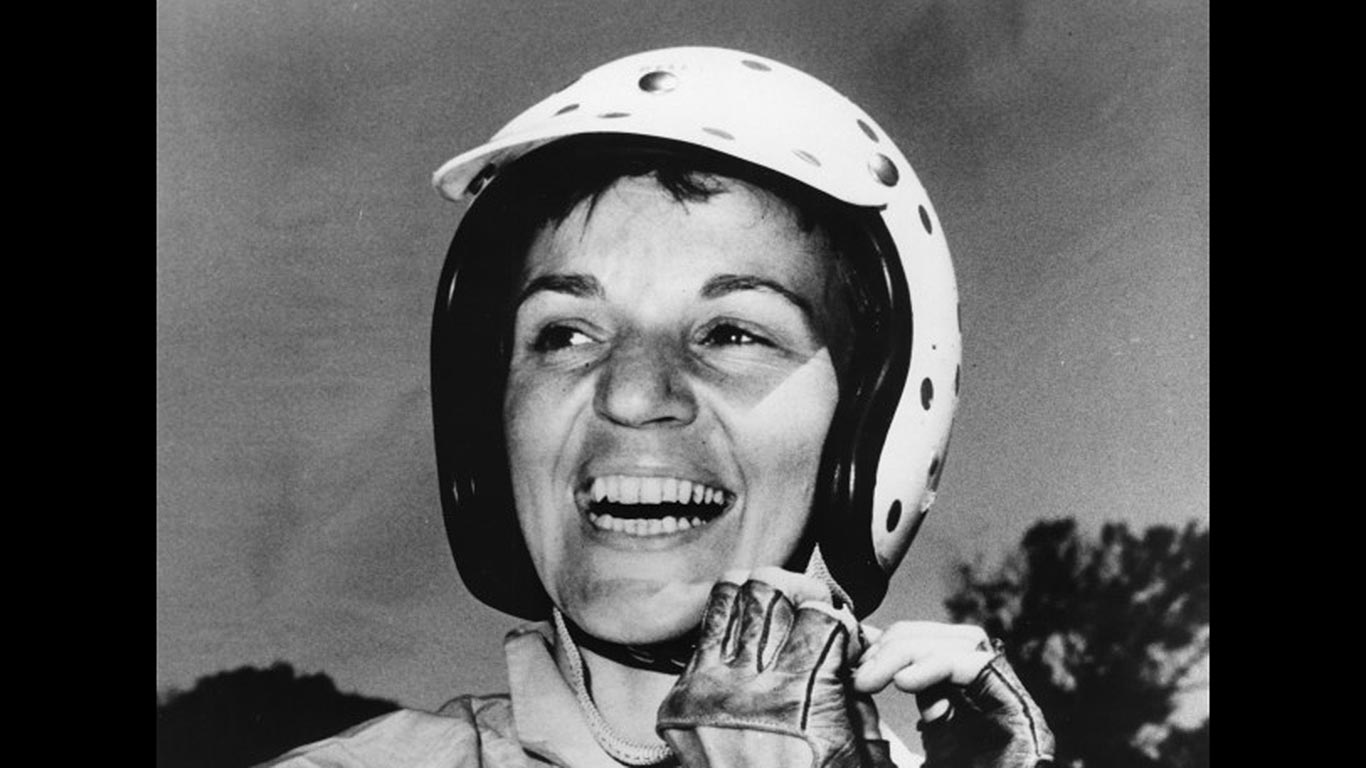 Denise McCluggage was a pioneering American racing driver, journalist and photographer. After getting her first newspaper job, she bought an MG sports car that she began racing, later swapping it for a more powerful Jaguar XK140. She raced throughout the 1950s and 1960s in blue riband events, both in the US and Europe, before retiring from professional motorsport in the late 60s to become editor of Autoweek. 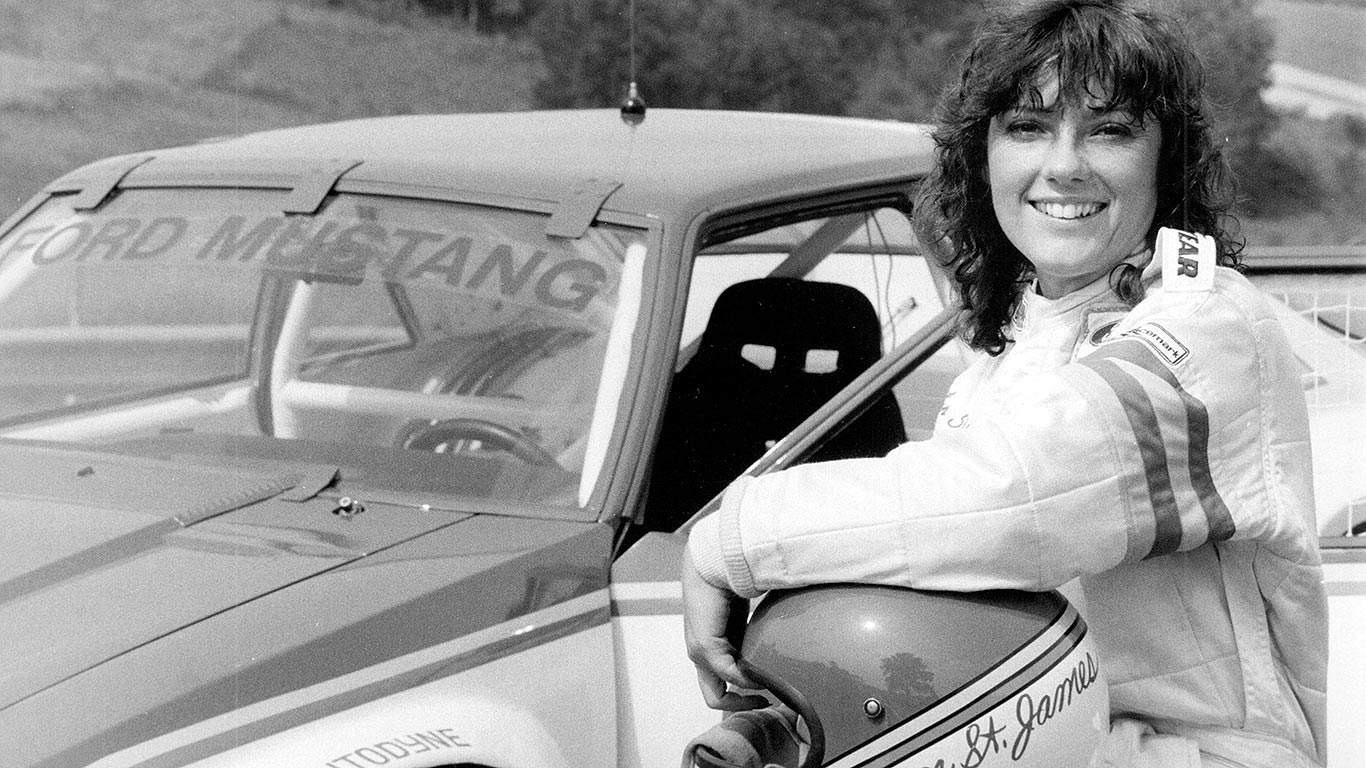 Lyn St. James was an open-wheel racing driver, and one of nine women to qualify for the Indianapolis 500 – and the first to win the Rookie of the Year prize. A racer in both CART and IRL, St. James has also won the 24 Hours of Daytona twice, and the 12 Hours of Sebring once. She has also raced at the 24 Hours of Le Mans and the Nürburgring 24 Hours. She remains involved in motorsport, working for NASCAR. 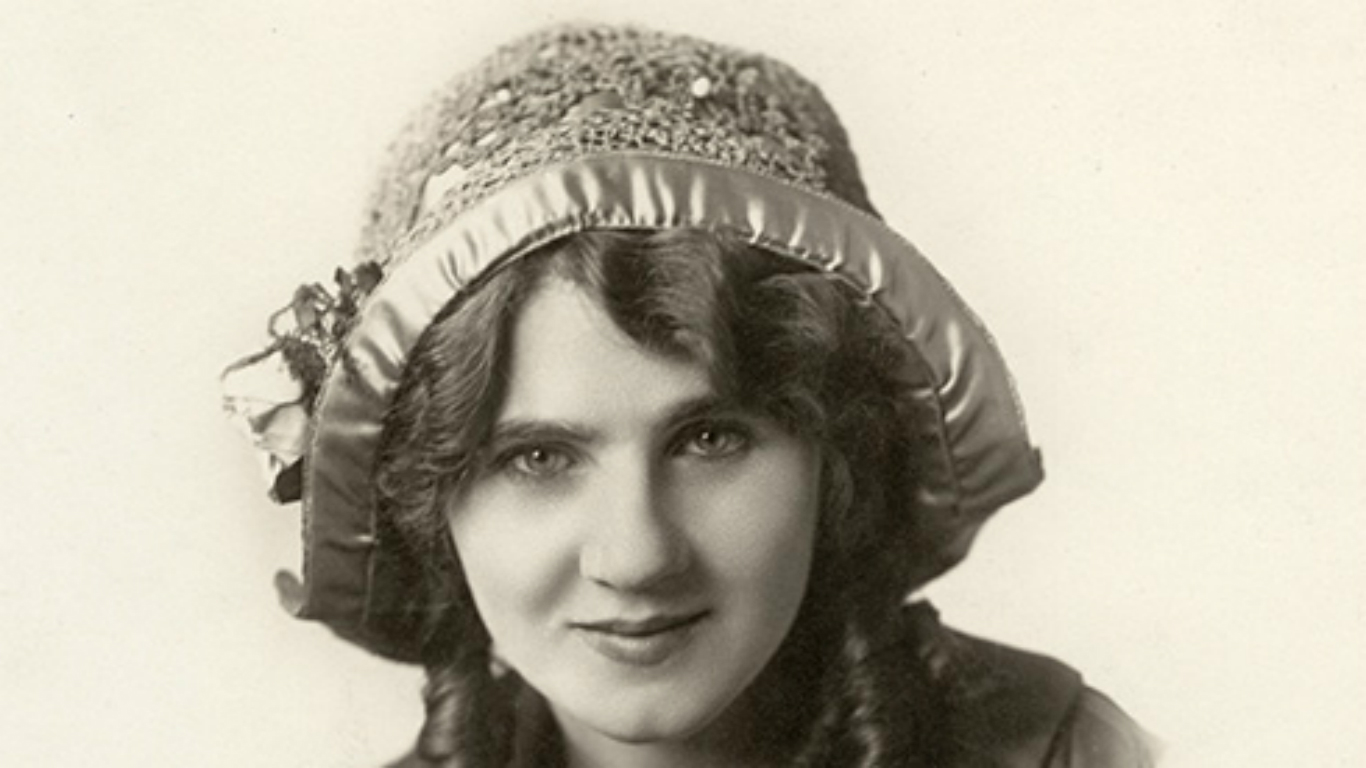 Florence Lawrence was the world’s first bona fide movie star, but is famous in automotive circles for, along with her mother Charlotte Bridgwood, inventing both the turn signal and the rear stop signal. They also invented the electric windscreen wiper, but didn’t patent any of their inventions, sadly. She lost her fortune in the Wall Street Crash and tragically took her own life in 1938. 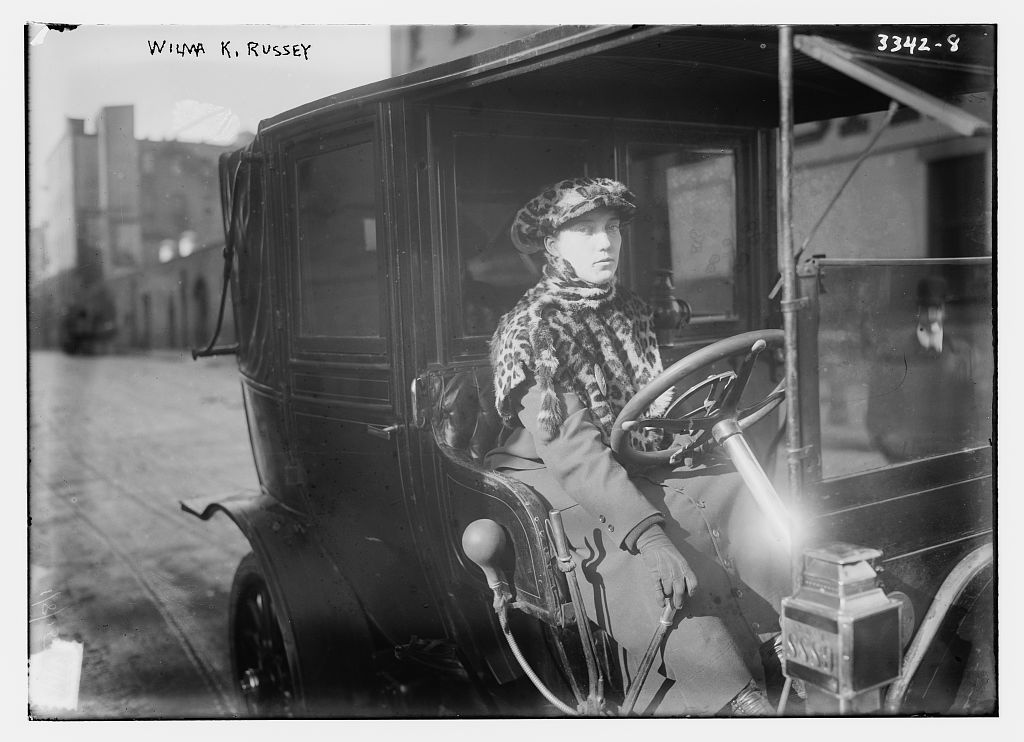 In 1915, Wilma K. Russey was the first woman to be licensed as a New York taxi driver. Contemporary reports say crowds stopped as she took to her cab for the first time – after first showing a policeman her chauffeur’s licence entitling her to drive. She drove in style from day one; legend has it, she received a tip from her first customer because of her remarkable leopard-skin hat. 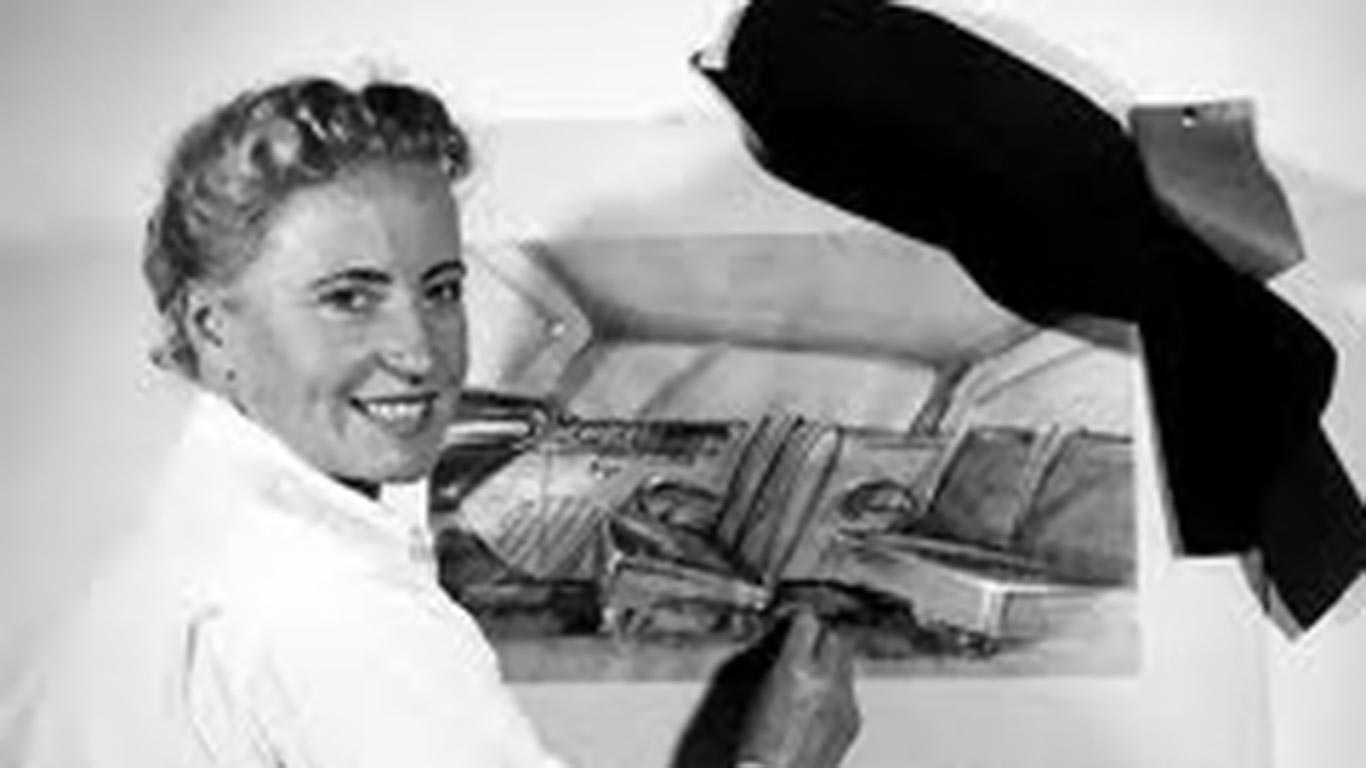 Helene Rother was the world’s first female automotive designer, joining General Motors in 1943. She was an interior design specialist and also addressed the Society of Automotive Engineers, of which she was a member. Today, she is considered a pioneer for women working in the automotive industry. 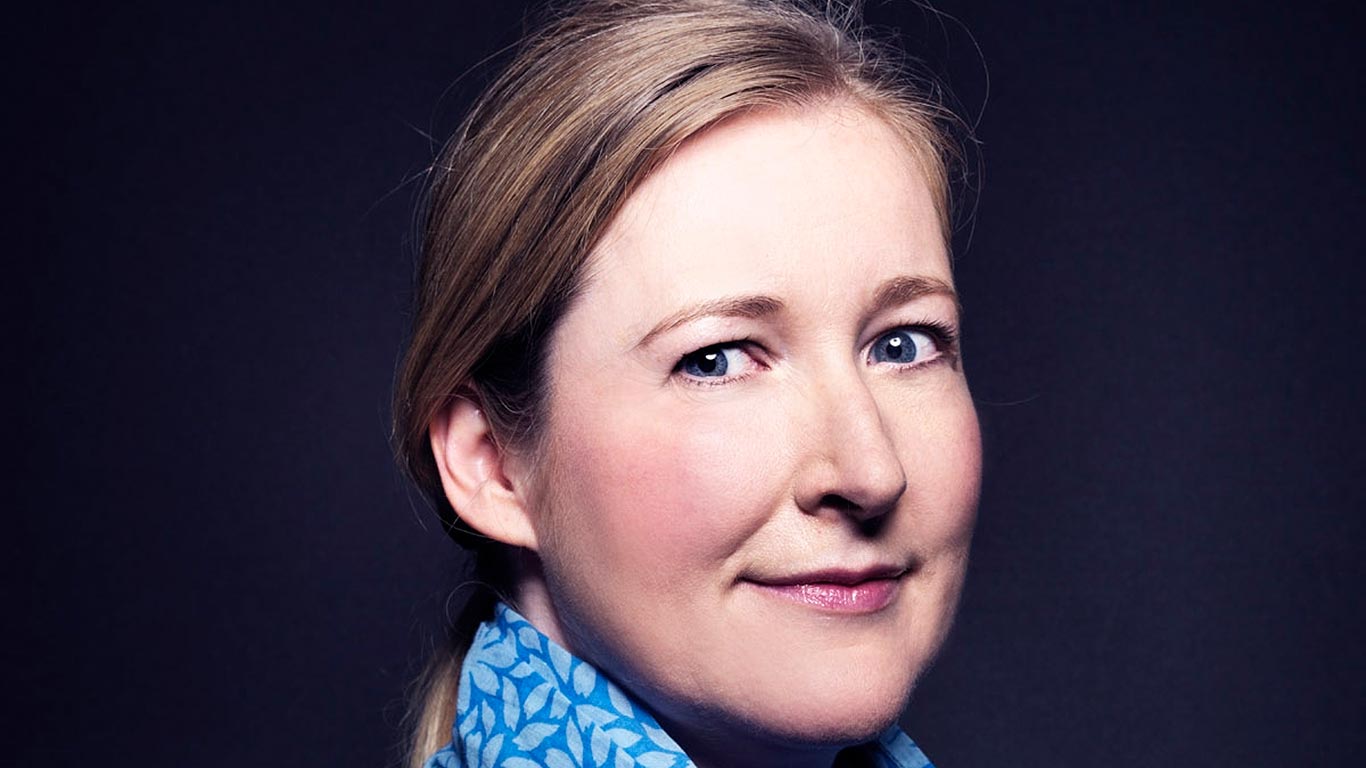 Fiona Pargeter is a board member for Jaguar Land Rover, and its head of global PR and communications. Pargeter can often be seen at motor shows, introducing new models, and most recently helped launch the Range Rover Velar to the world. She reports directly to the company’s CEO, Dr Ralf Speth. 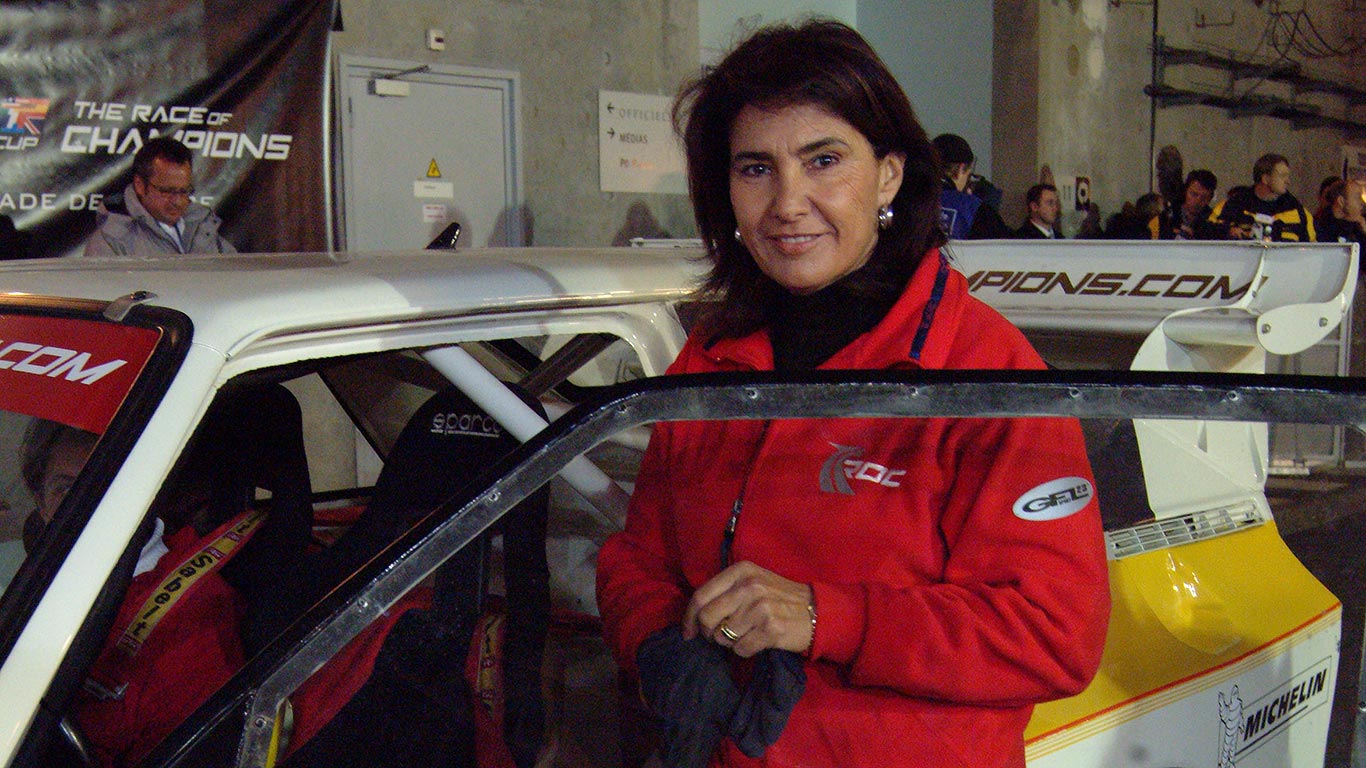 Michele Mouton is a former rally driver who became the first woman to win a round of the international world rally championship, driving an Audi Quattro in 1981. She won further rounds in 1982 and only narrowly missed out on the overall title to Walter Röhrl. Since 1988, Mouton has organised the annual Race of Champions event. 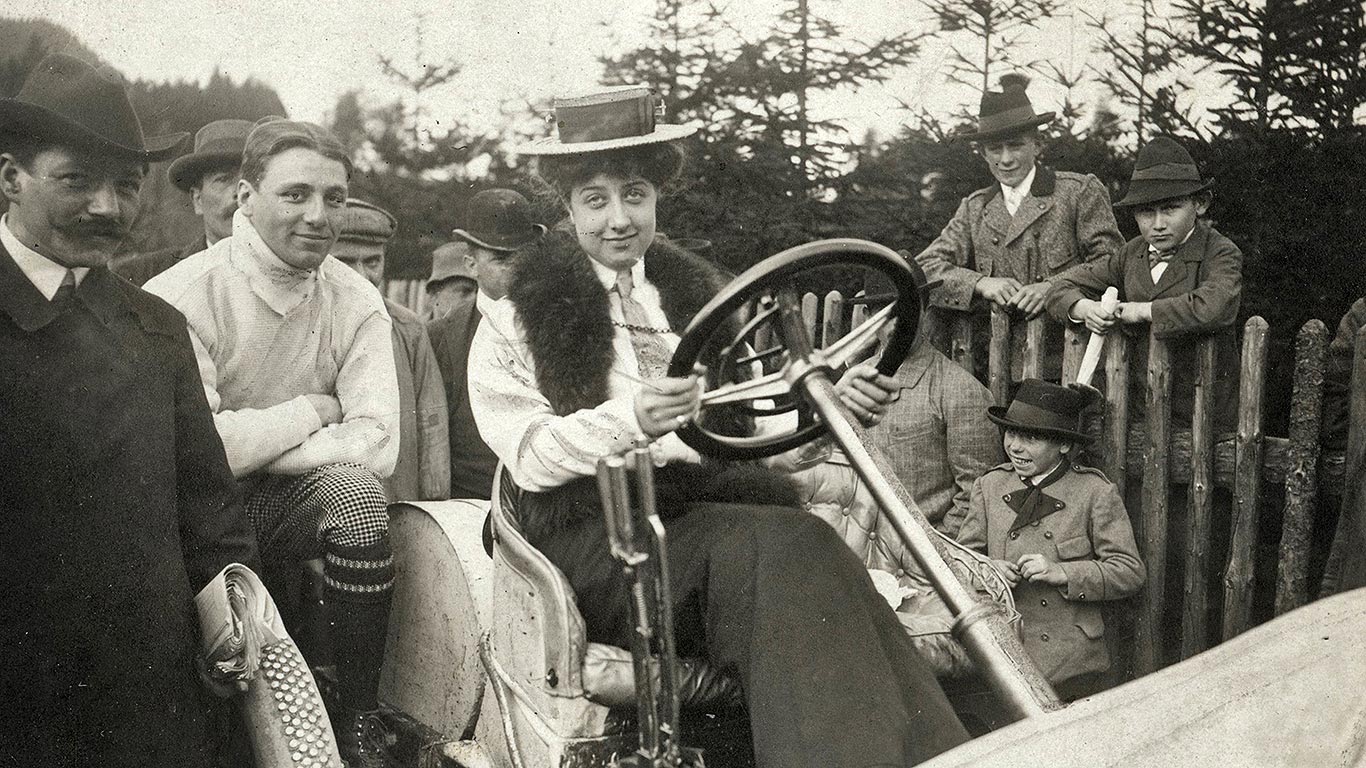 Mercedes Jellinek is the women who gave her name to one of the most famous automobile companies in the world. Born in Vienna in 1889, she was the daughter of Austrian businessman Emil Jellinek, who was an early automotive pioneer. He soon made contact with the Daimler motor company and, by 1900, had sold 34 of its cars on the Cote d’Azur. The firm developed an all-new car in 1900 and named it Daimler-Mercedes, Jellinek’s business acumen ensuring good press coverage and strong sales. The Mercedes car brand was born.