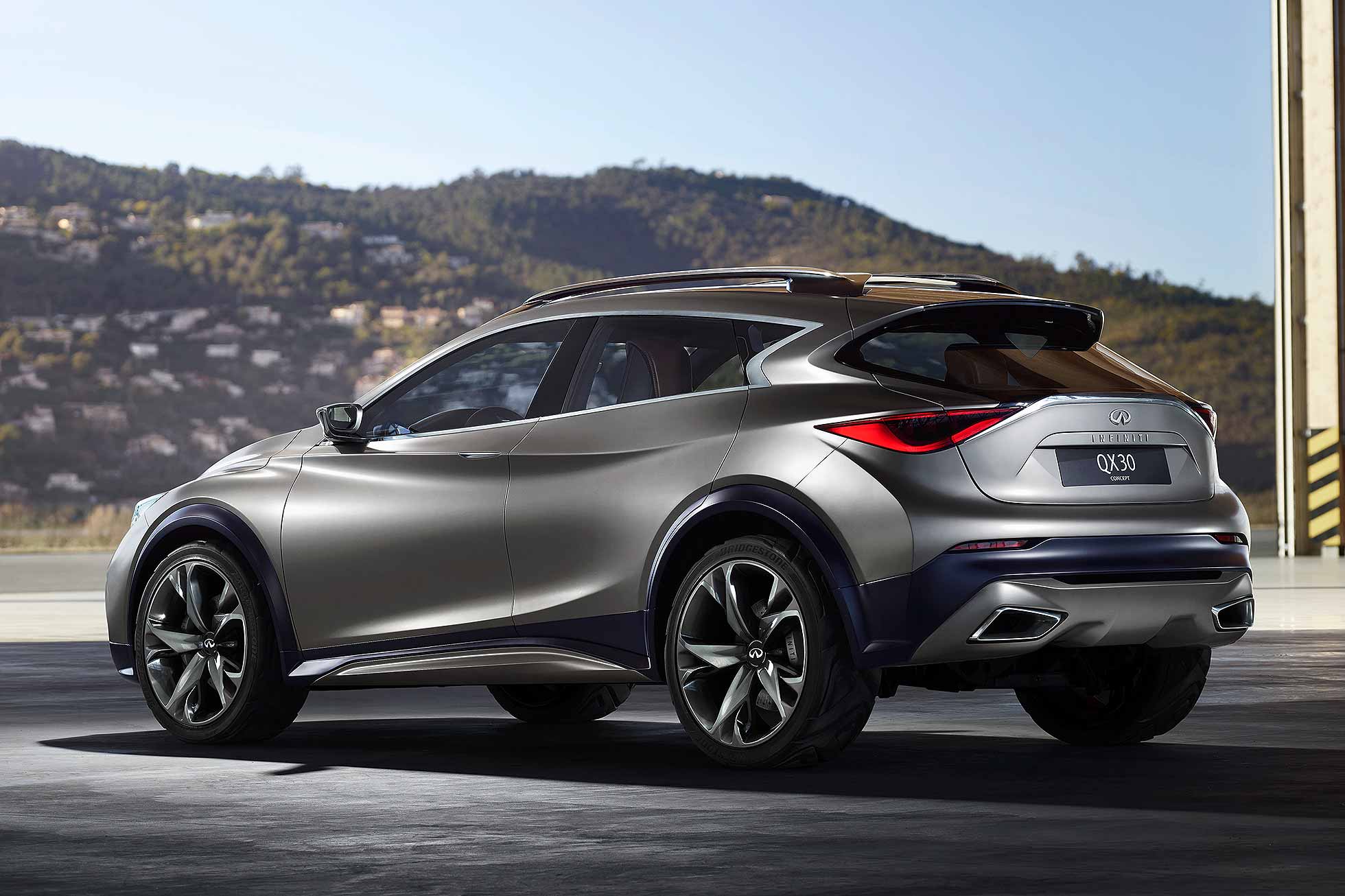 Infiniti has revealed the first image of its new compact SUV, ahead of the QX30 Concept’s public debut at the 2015 Geneva Motor Show.

Set to compete in the booming premium crossover sector dominated by the Range Rover Evoque, it will go up against models such as the Audi Q3, BMW X1 and Mercedes-Benz GLA. It’s thus a crucial new car introduction for Infiniti.

As now seems to be a prerequisite for such cars, the Japanese firm says it combines “the sleek lines of a coupe with the distinguishing features and higher stance of a crossover”.

30mm taller than the Q30 Concept compact hatch, the QX30 will again use Mercedes-Benz underpinnings – this time, they’ll be taken from the GLA rather than the A-Class.

As such, although the firm isn’t revealing any technical information at this stage, we can assume the production version will have a broad range of turbo petrol and diesel engines, mainly in front-wheel drive guise with four-wheel drive for more expensive models.

It’s the QX30 Concept’s styling that’s the focus at this stage, though. Design director Alfonso Albaisa says it’s been designed to let people drive in and out of the city “without worrying about nicks to the chromework”. Enter tougher bumpers, skid plates and beefy aluminium detailing.

“The QX30 Concept design conveys a sophisticatedly gritty sense of strength and durability, but tough doesn’t mean rough. We’ve retained a sense of artistry throughout, even in the most functional of parts.”

Also note the roof rails: they extend inwards at the rear, giving rear passengers ‘sculpture’ to peer through when looking out the panoramic glass roof.

Look out for more official details when the QX30 Concept is revealed on March 3.