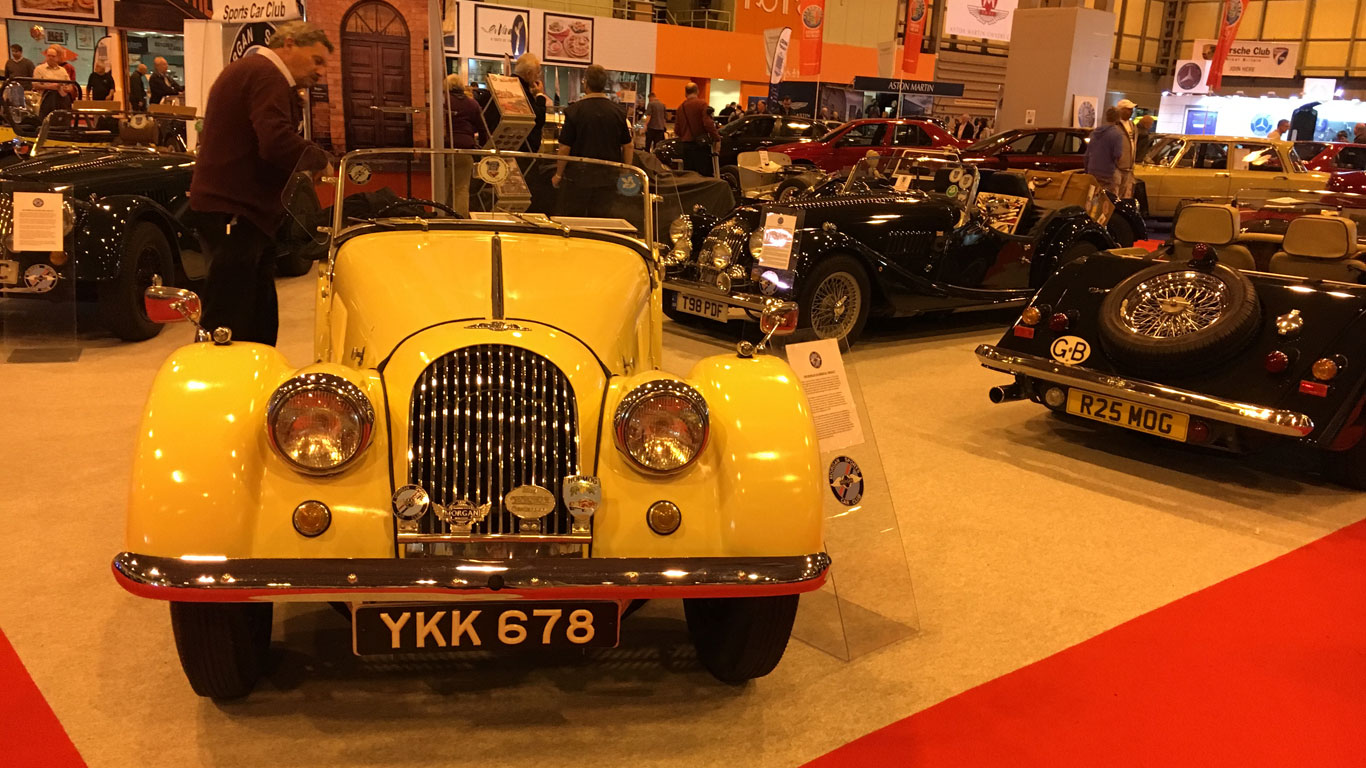 This weekend, the NEC played host to the Classic Motor Show, the self-proclaimed “biggest and best classic car show in the UK”. We sent our man Andrew to Birmingham and asked him to take photos of his favourite cars. Here’s what caught his eye… 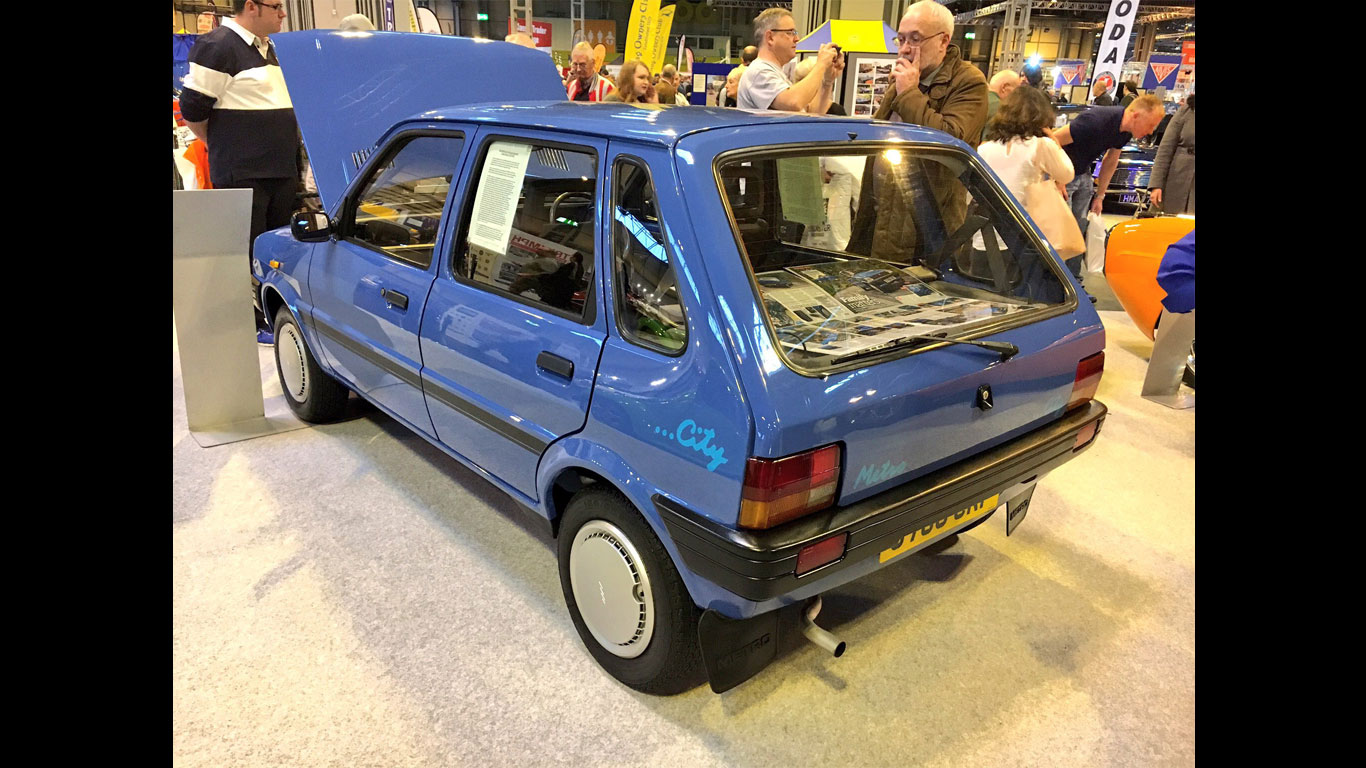 We kick things off with this delightful Austin Metro City, which was awarded the Pride of Ownership trophy at this year’s NEC Classic Motor Show. It belonged to the late wife of James Cribb, who restored it in her memory. 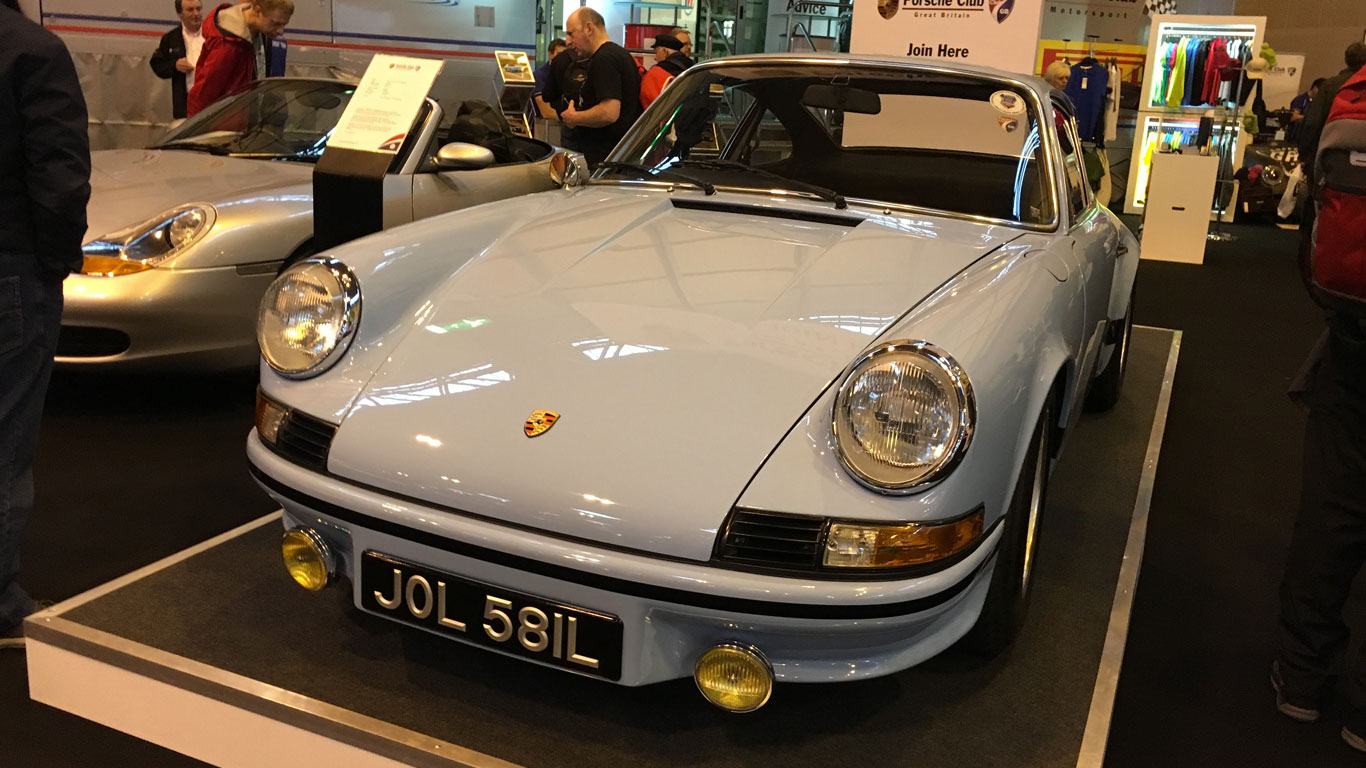 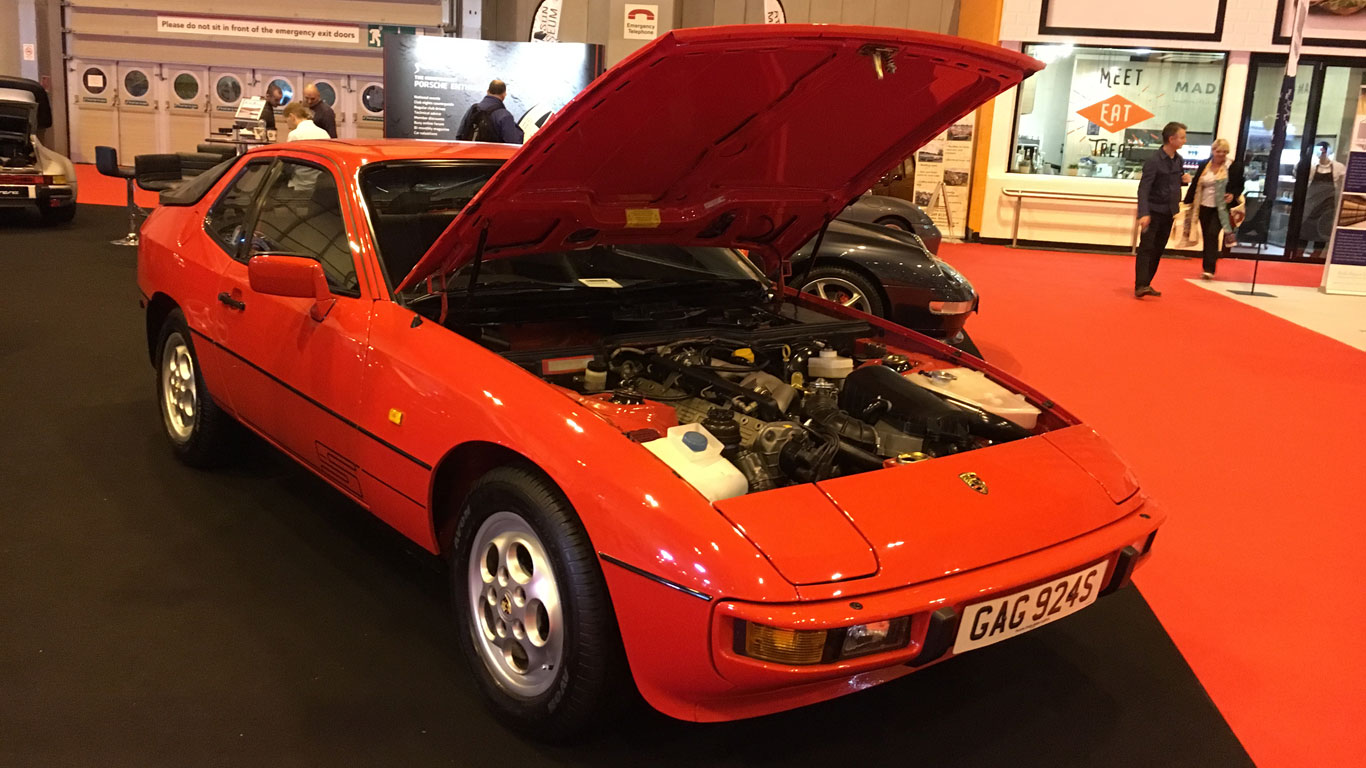 Speaking of desirable Porsche models: this 924S is fresh from a restoration at a Porsche dealership. This year, the Porsche GB Restoration Competition celebrates the anniversary of the first front-engined Porsche. Finally, the 924 is being accepted as a bona fide classic car. 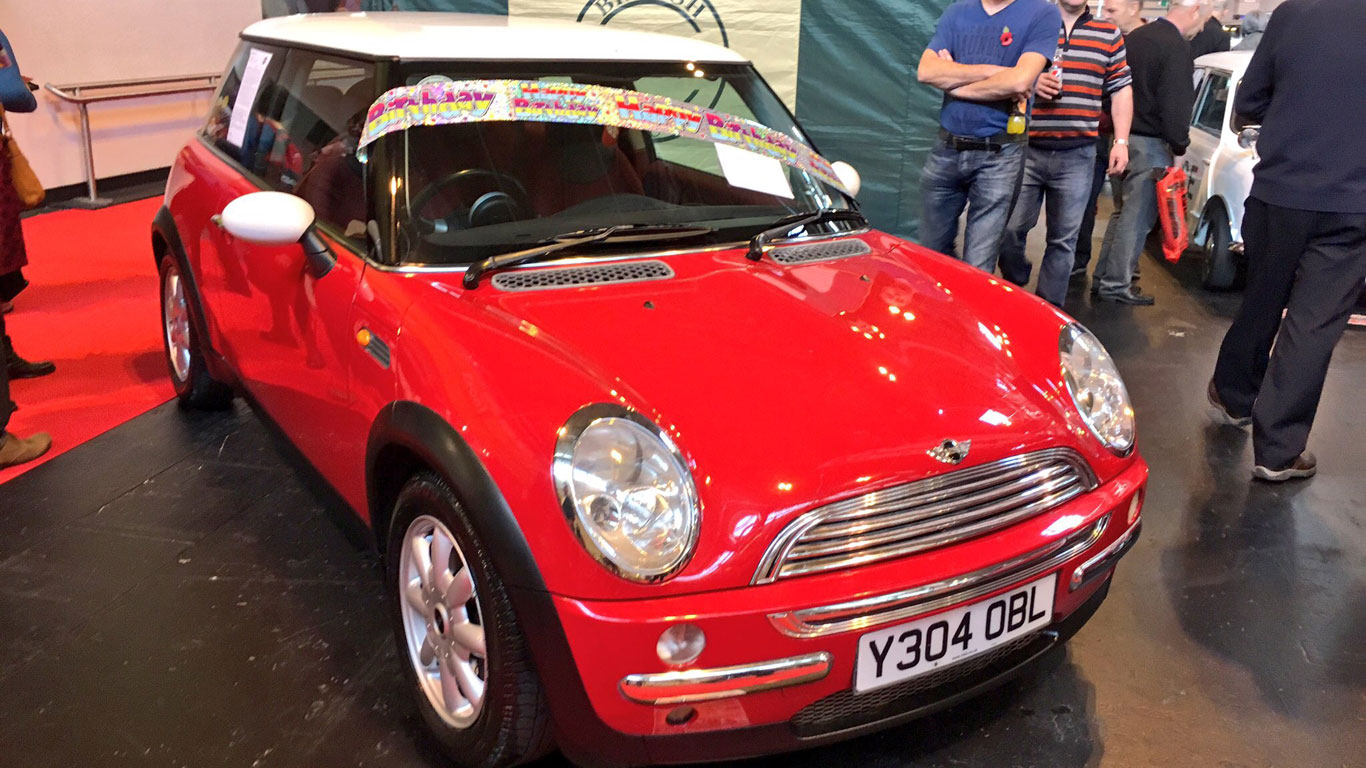 What’s this – a modern MINI at a classic motor show? Ah yes, but the tide is turning and folk are beginning to accept the original BMW MINI as an important car in the history of the British car industry. This is an ex-press car and one of the earliest survivors of its kind. It has covered around 140,000 miles and was rescued from a used car dealer by a MINI enthusiast. 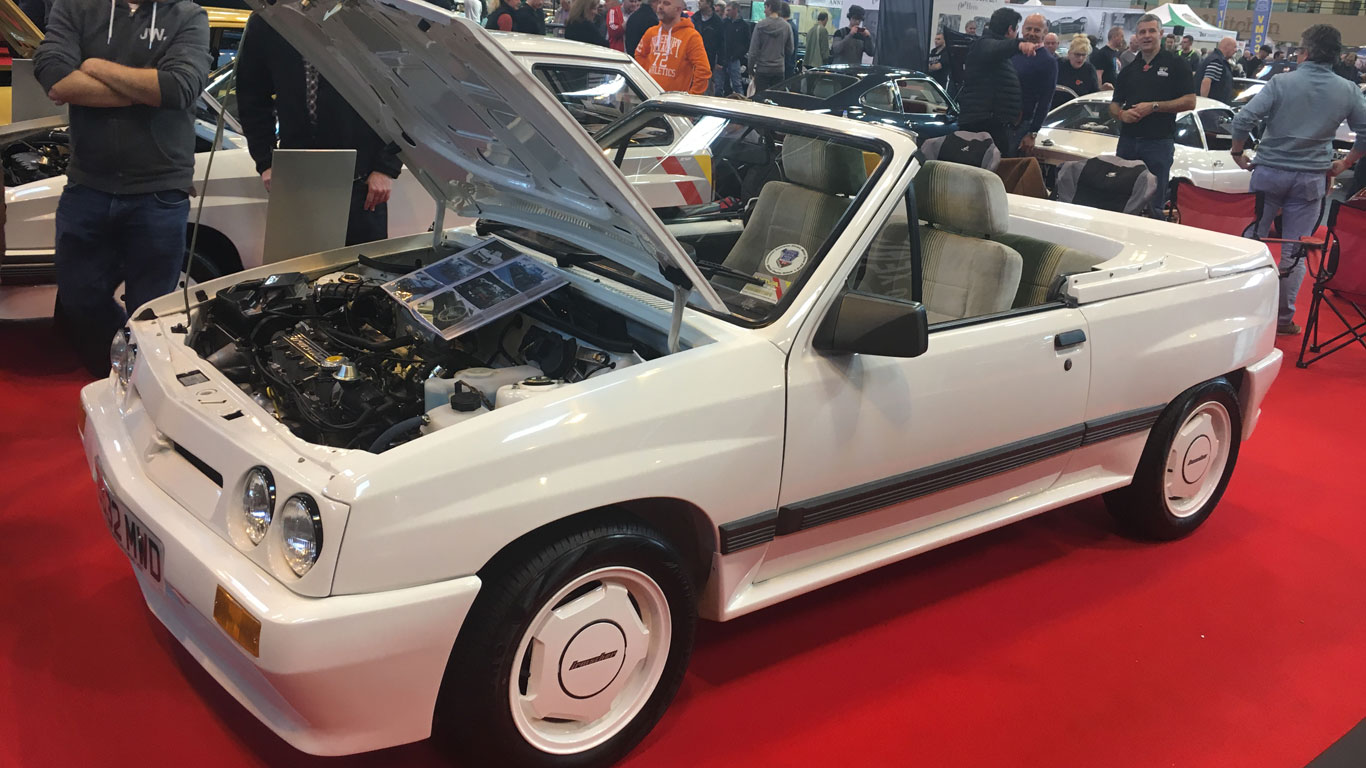 And now for something completely different. In 1984, Irmscher UK teamed up with Vauxhall to produce the right-hand-drive Nova Spider. Two Nova 1.3 SRs were registered and driven to the Irmscher factory in Russelsheim and this car was known as ‘England 1’.

The Irmscher Spider was the only topless Nova recognised by Opel and Vauxhall, and six were registered in the UK. Only five remain, two of which are in a roadworthy condition, making this example one of the rarest cars on show at the NEC. 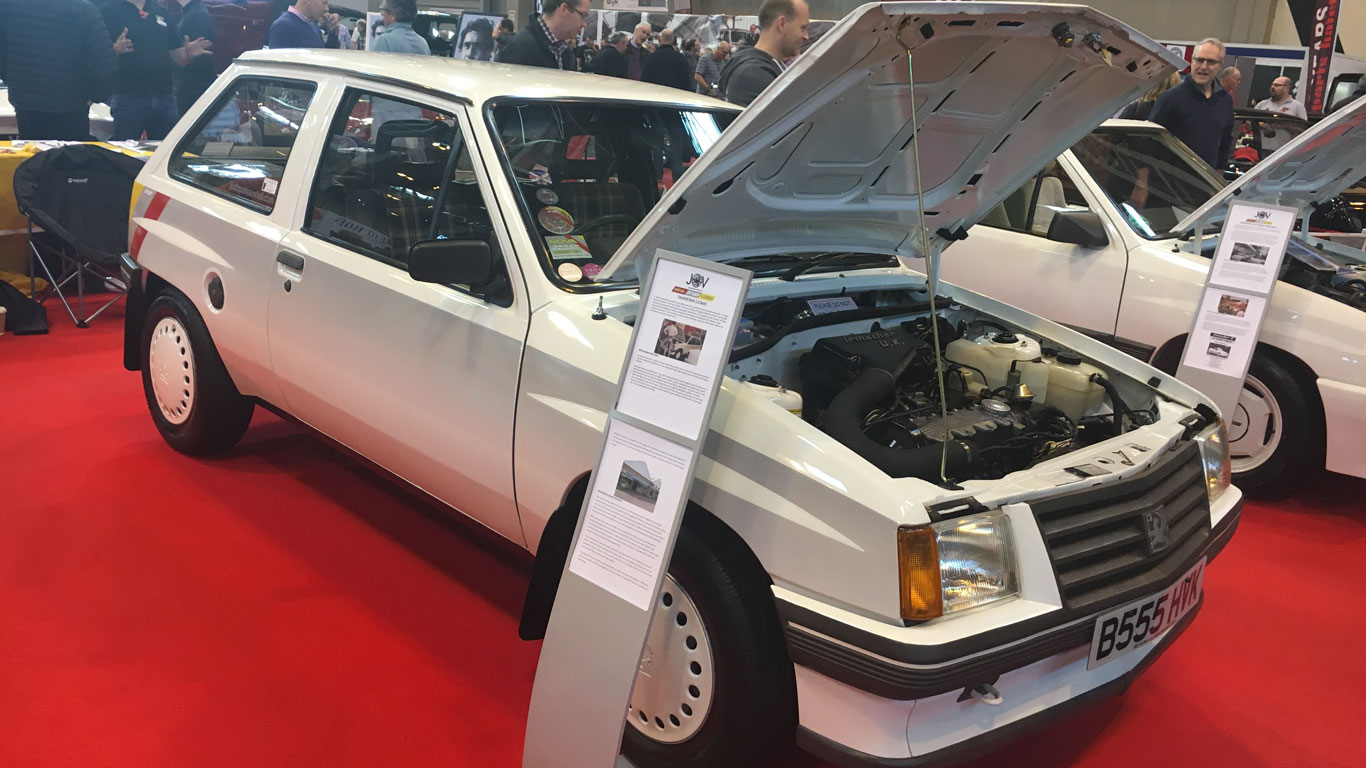 This Nova should look a little more familiar. It’s a 1985 Nova Sport, one of the coolest special editions of the 1980s. It was powered by a 1.3-litre engine and treated to a host of tasty upgrades. Note the blistered wheelarches, which remain one of the best design elements to come out of the 80s. 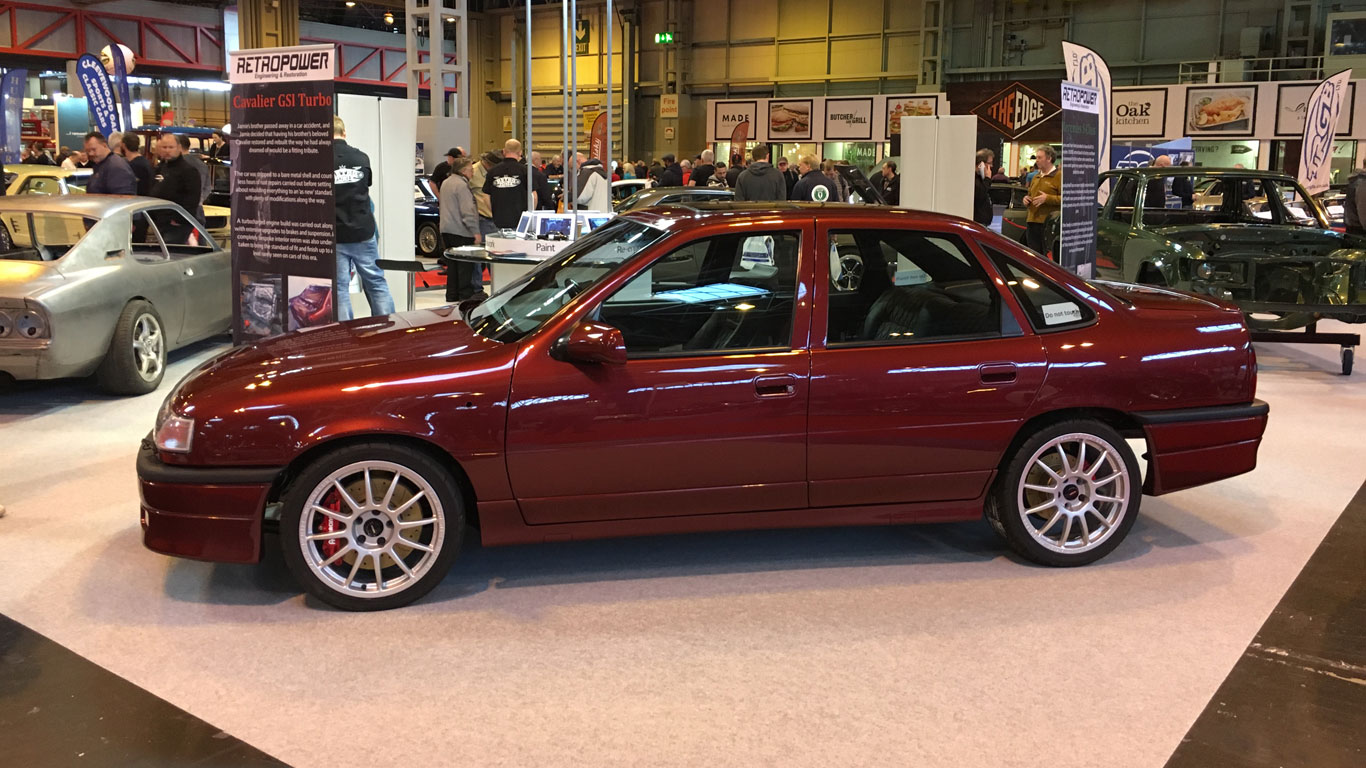 We’re not done with our Vauxhall love-in, as this immaculate Cavalier GSI certainly caught our attention. Some might argue that the Mk3 Cavalier shouldn’t be seen at a classic motor show, but we beg to differ. In its day, this was the choice of many high-flying reps charging up and down the motorways of Britain. 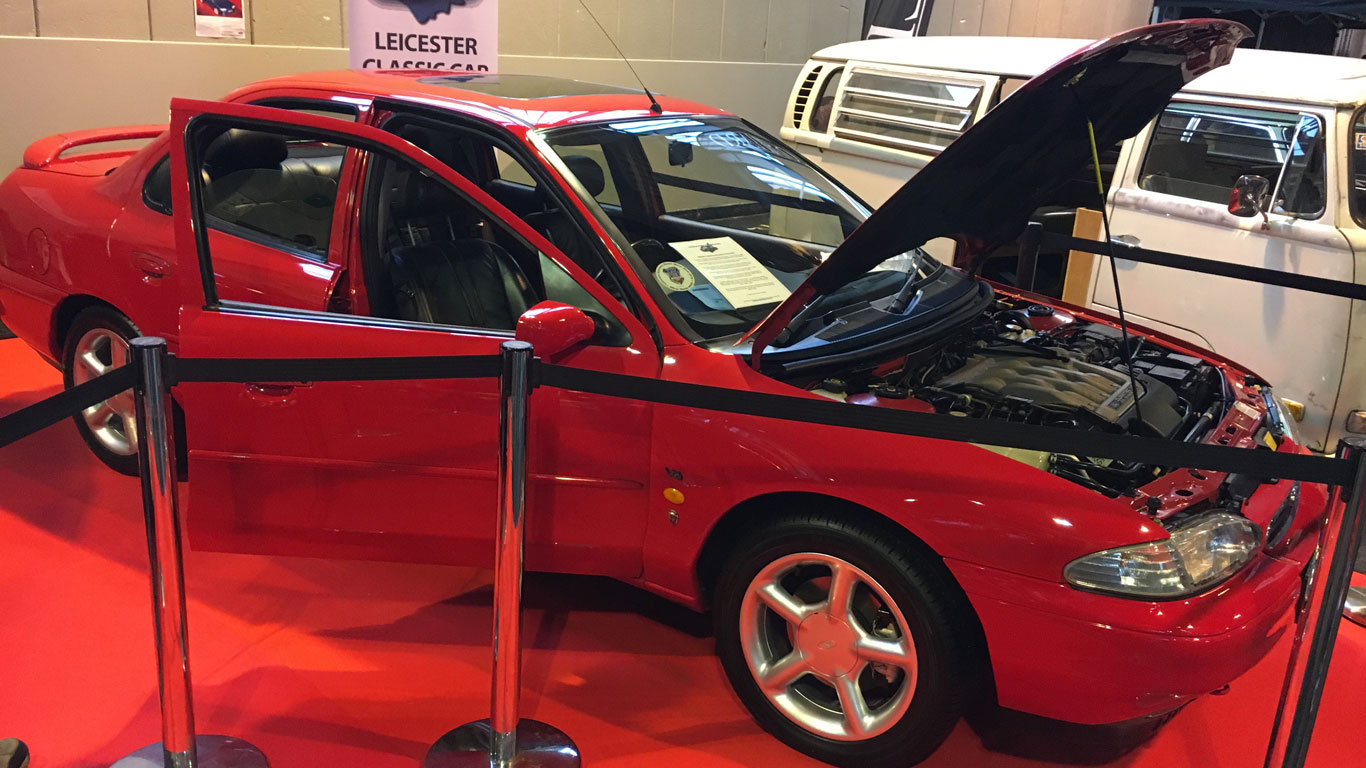 Another car on the cusp of classic greatness: the Ford Mondeo Ghia V6. This car has it all, including superb dynamics, a terrific 2.5-litre V6 engine and the desirable Ghia spec. The want is strong for this Mondeo. 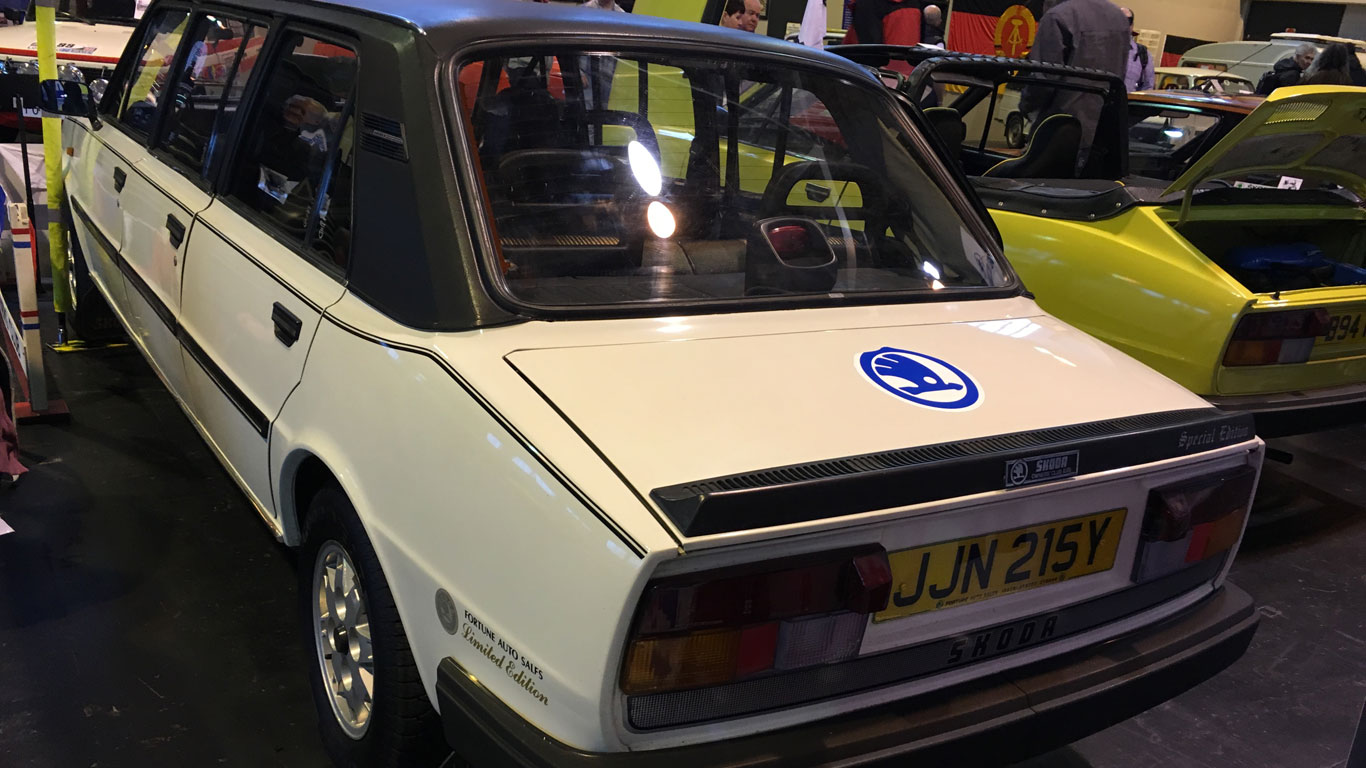 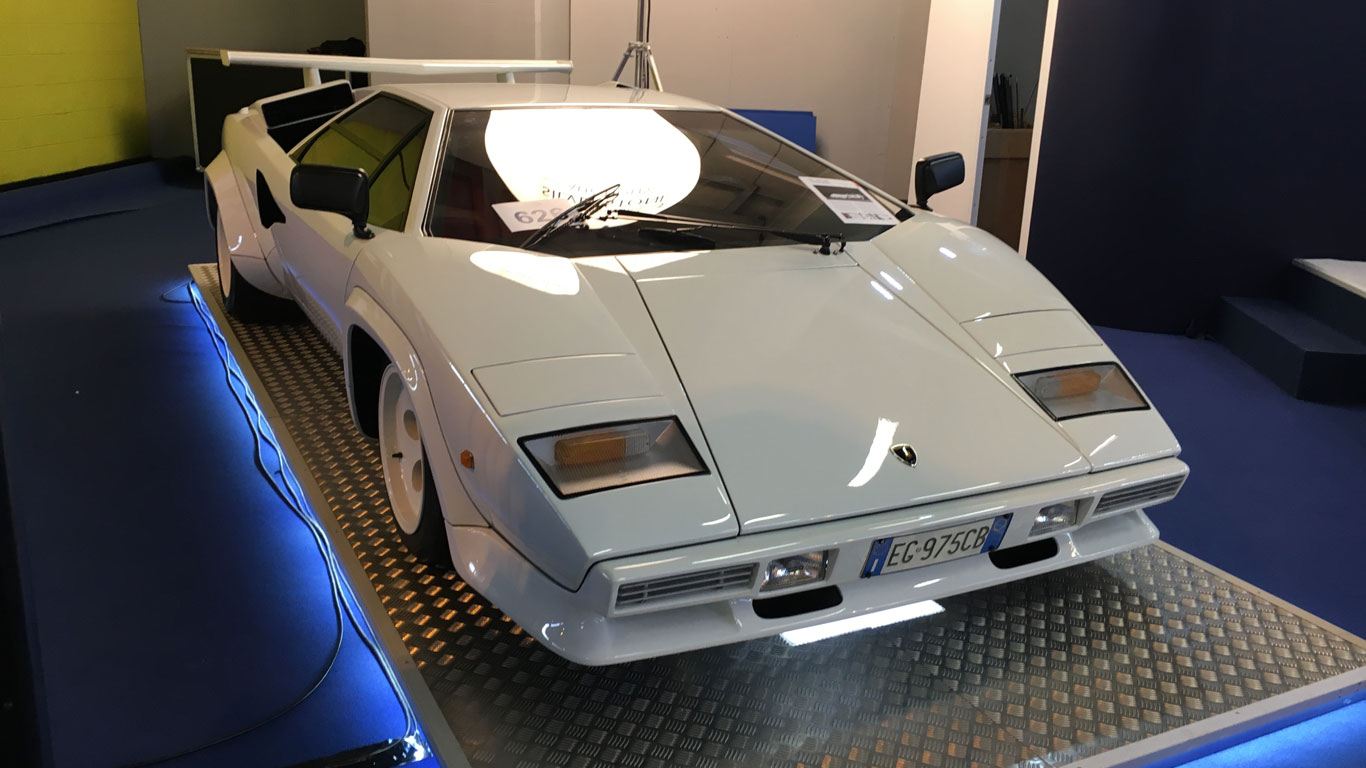 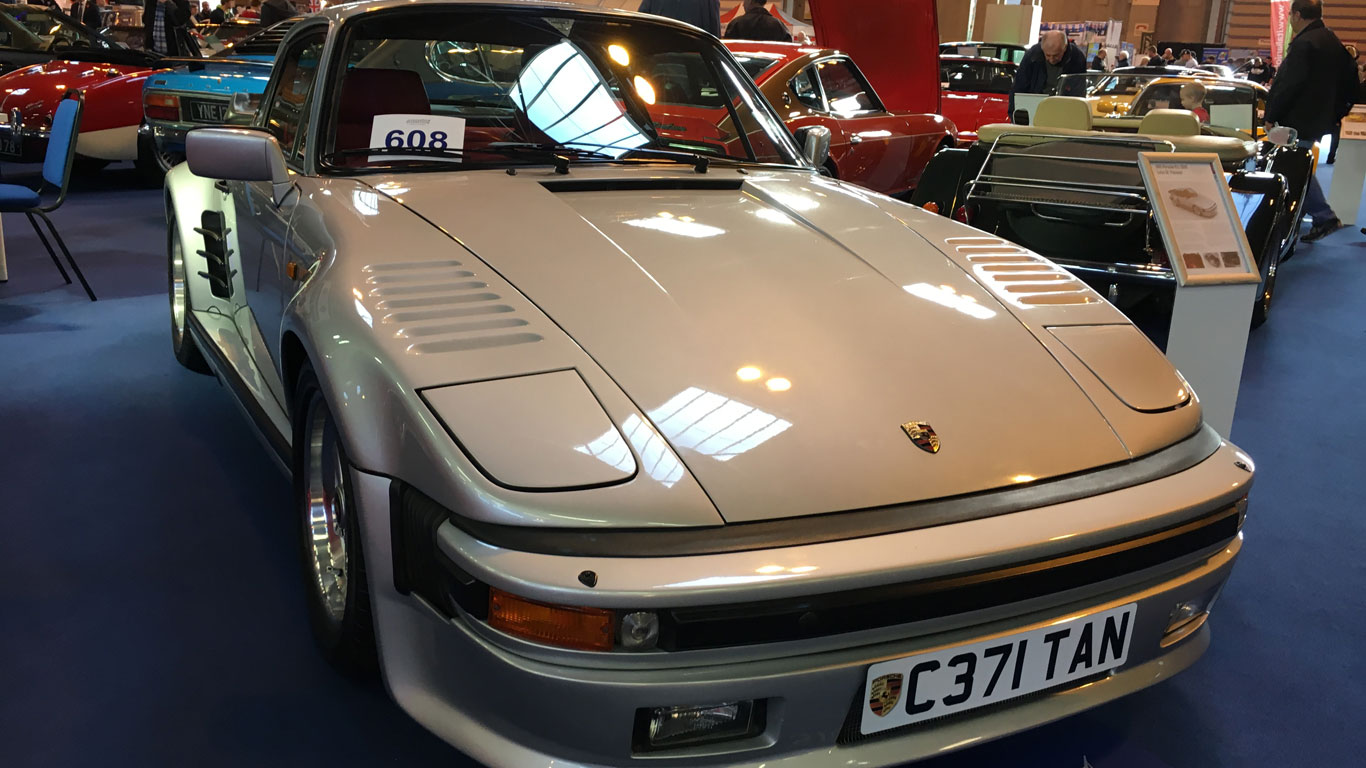 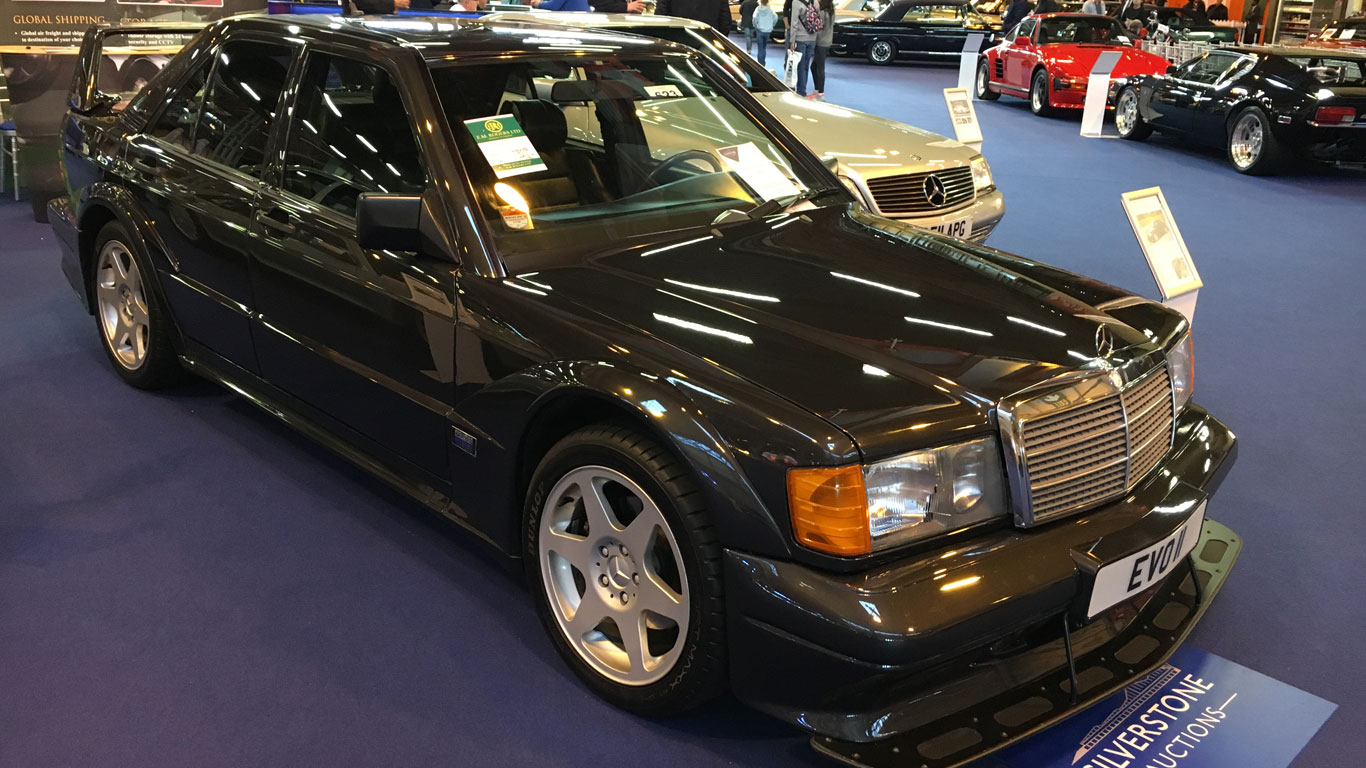 As for this ‘Autobahnstormer’, it sold for £120,375. A massive fee to match its massive rear wing.