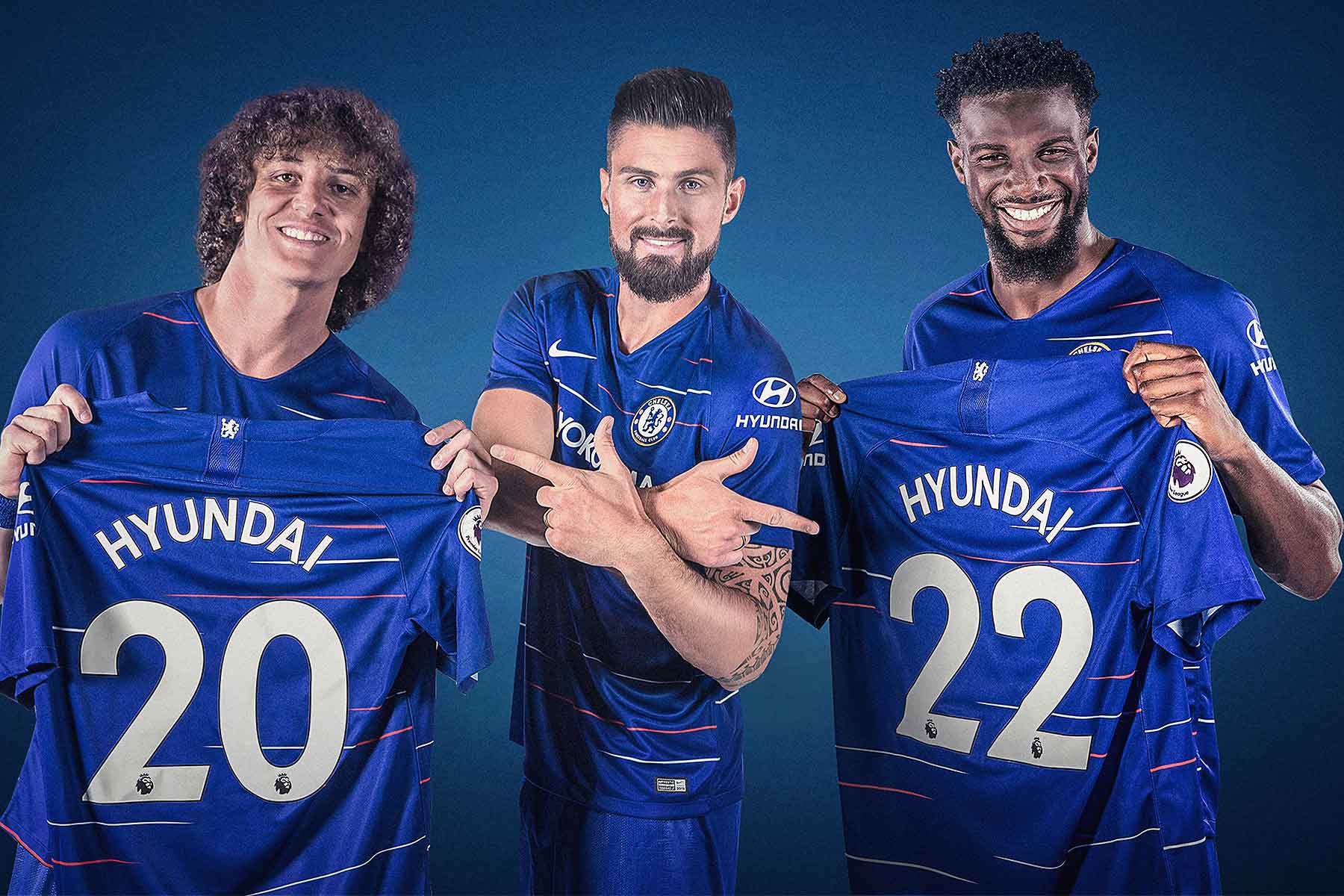 Hyundai has become the official global automotive partner of Chelsea Football Club, in a five-year deal that will see the firm’s logo feature on the sleeves of the team shirt in all domestic competitions.

It’s Hyundai’s first foray into UK football, after being the official World Cup automotive partner since 1999.

We won’t just see the Hyundai logo on the shirt sleeves, either. It will feature prominently on Stamford Bridge’s matchday LED perimeter signs, car displays at the club and umpteen other types of media and digital content.

We are now the Official Sleeve Partner of @ChelseaFC. RT the news for a chance to win tickets to The Blues’ first home game of the 2018/19 Premier League Season. #ForTheFans UK Only T&Cs Apply https://t.co/q7K7Kd06Pk pic.twitter.com/lGdWlQ6pyG

What do you have to do? Keep an eye out for any @hyundai_uk tweet with the hashtag #ForTheFans between 11-17 June, and retweet it. That’s it.

We’ll see the Hyundai logo on the team shirts for the first time on July 23rd, when Chelsea play a friendly in Australia against Perth Glory. Over the next five years, adds Hyundai, it’s going to work with Chelsea to “develop a range of initiatives and benefits for the club’s supporters, as part of its ambition to bring ease to mobility and make football more accessible to fans”.

What we want to know is, when’s the fleet of (sort of) Chelsea-blue i30 N hot hatches being delivered to the players?