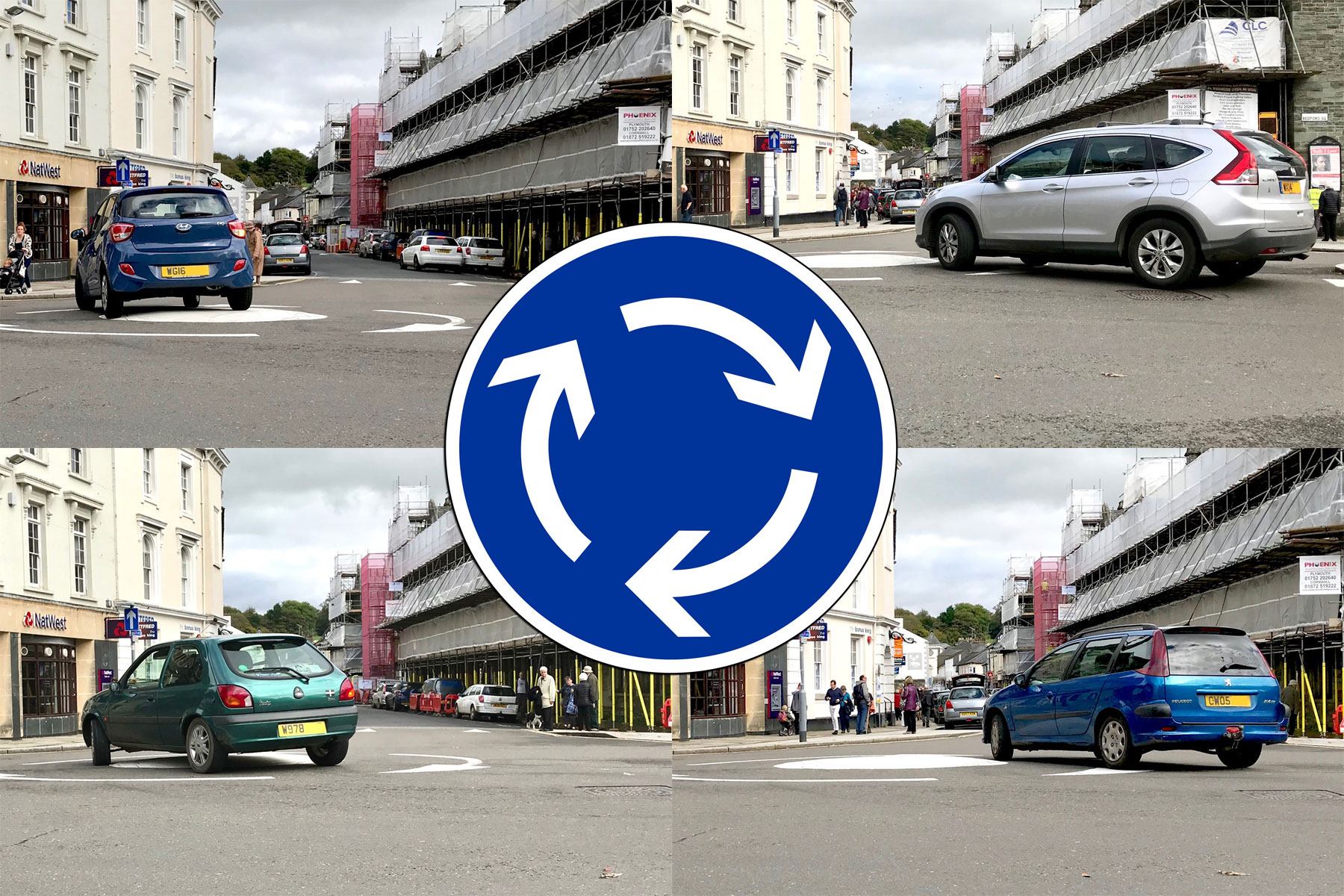 Motorists in Tavistock, Devon, are being told to stop misusing roundabouts by the town’s police officers.

According to a report in the Tavistock Times Gazette, a campaign has been launched to crack down on dangerous driving, which follows a number of near misses. Local PCs and community support officers will be monitoring the town’s flat and mini-roundabouts, contacting drivers who flout the rules of the road.

“A lot of people don’t observe the rules of roundabouts,” said a police spokesperson. “We have seen a number of near misses and we have been observing people and are going to be sending out letters to anyone we see doing this with words of advice.

“We want people in Tavistock to start observing the rules of roundabouts.”

According to a local source, the two main problem areas are the A386 at the junction of Plymouth Road and Brook Lane, along with the mini-roundabout at the junction of West Street, Duke Street and Drake Road, outside the town hall.

Rule 188 of the Highway Code is clear on the use of mini-roundabouts: ‘Approach these in the same way as normal roundabouts. All vehicles MUST pass round the central markings except large vehicles which are physically incapable of doing so.’

Tavistock’s police officers have had enough, adding: “The problem is people seem to think it is OK. We’ve had people doing it in front of us. There’s a real cross-section of people doing this too, young people through to older people. We want to make people understand that roundabout discipline still counts on flat roundabouts.”

75% of Tavistock drivers unable to circumnavigate a roundabout 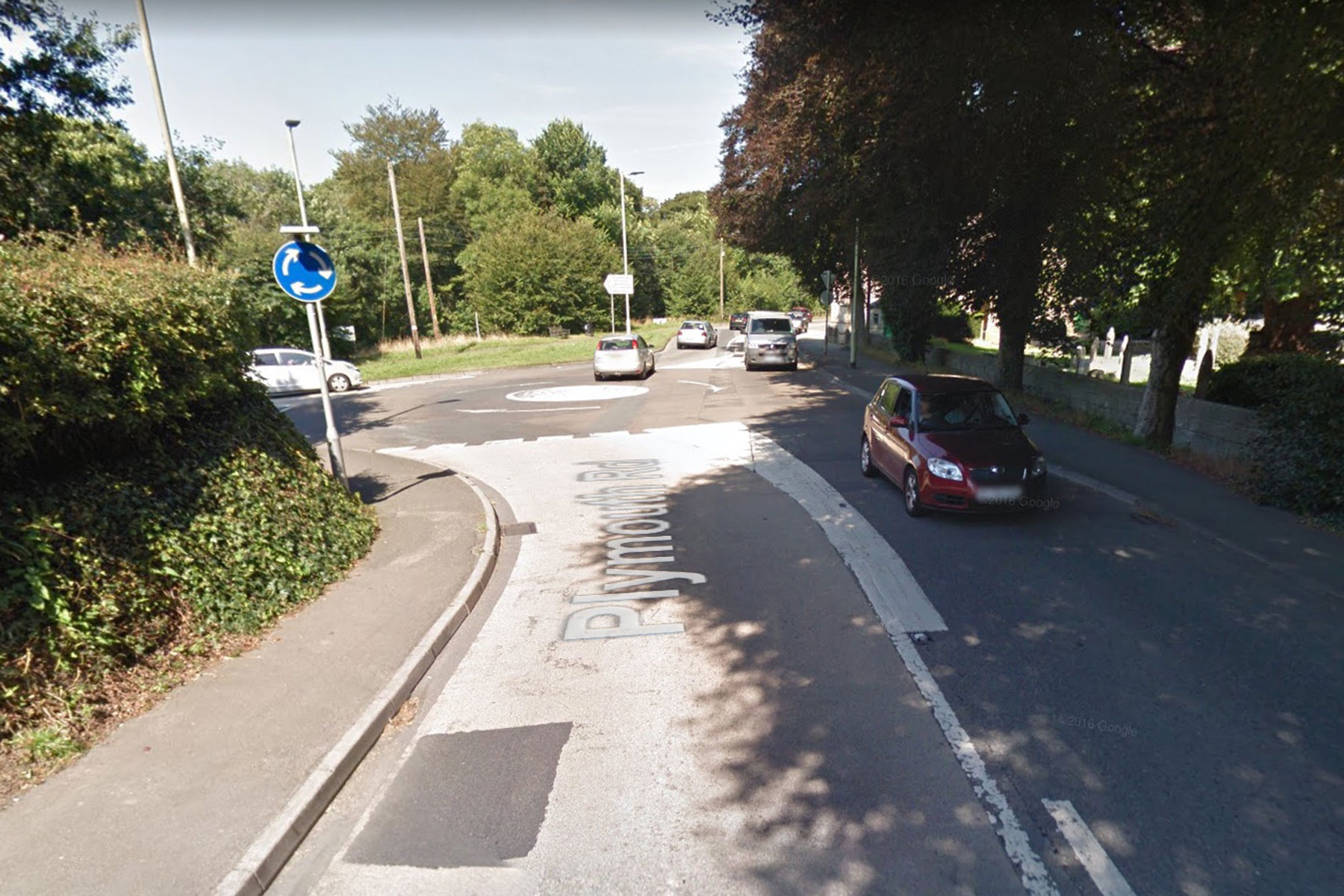 It didn’t take long for us to find evidence of the blatant disregard for roundabout etiquette. A quick look on Google Maps revealed this Ford Focus going straight over a mini-roundabout on Plymouth Road, blissfully unaware of the camera car following along behind.

Figuring that this could be a one-off, we headed to Tavistock in search of proof that the town’s people are in fact a model of good manners, sticking to the letter of the law.

Sadly, the reverse is true. In a five-minute spell, a staggering 15 of the 20 cars turning right from Bedford Square into Duke Street failed to circumnavigate the mini-roundabout. That’s a failure rate of 75%.

One driver in a Nissan Micra had the cheek to ‘toot’ a pigeon as he drove the wrong way on the roundabout. Will nobody think of the Columbidae?

The wrong way on a roundabout *and* being aggressive to a pigeon. Tut, tut. pic.twitter.com/pSV0lu31ei

Determined to paint Tavy’s drivers in a better light, we nipped across town to the roundabout at the junction of Plymouth Road and Brook Lane.

In just 60 seconds, a total of 15 cars emerged from the Plymouth direction. Of these, 11 drove over the roundabout, with four observing the rules of the road. Again, that’s a failure rate approaching 75%. The town’s police officers will be writing an awful lot of letters…

What are your thoughts on Tavistock’s clampdown on roundabout abusers? Is it a minor misdemeanour or a dangerous act that needs to be nipped in the bud? Are people misusing roundabouts in your hometown? Let us know via the comments or send in your own dashcam evidence. To paraphrase Alan Partridge, stop doing roundabouts wrong.

>NEXT: 3D crossings trialled in Iceland