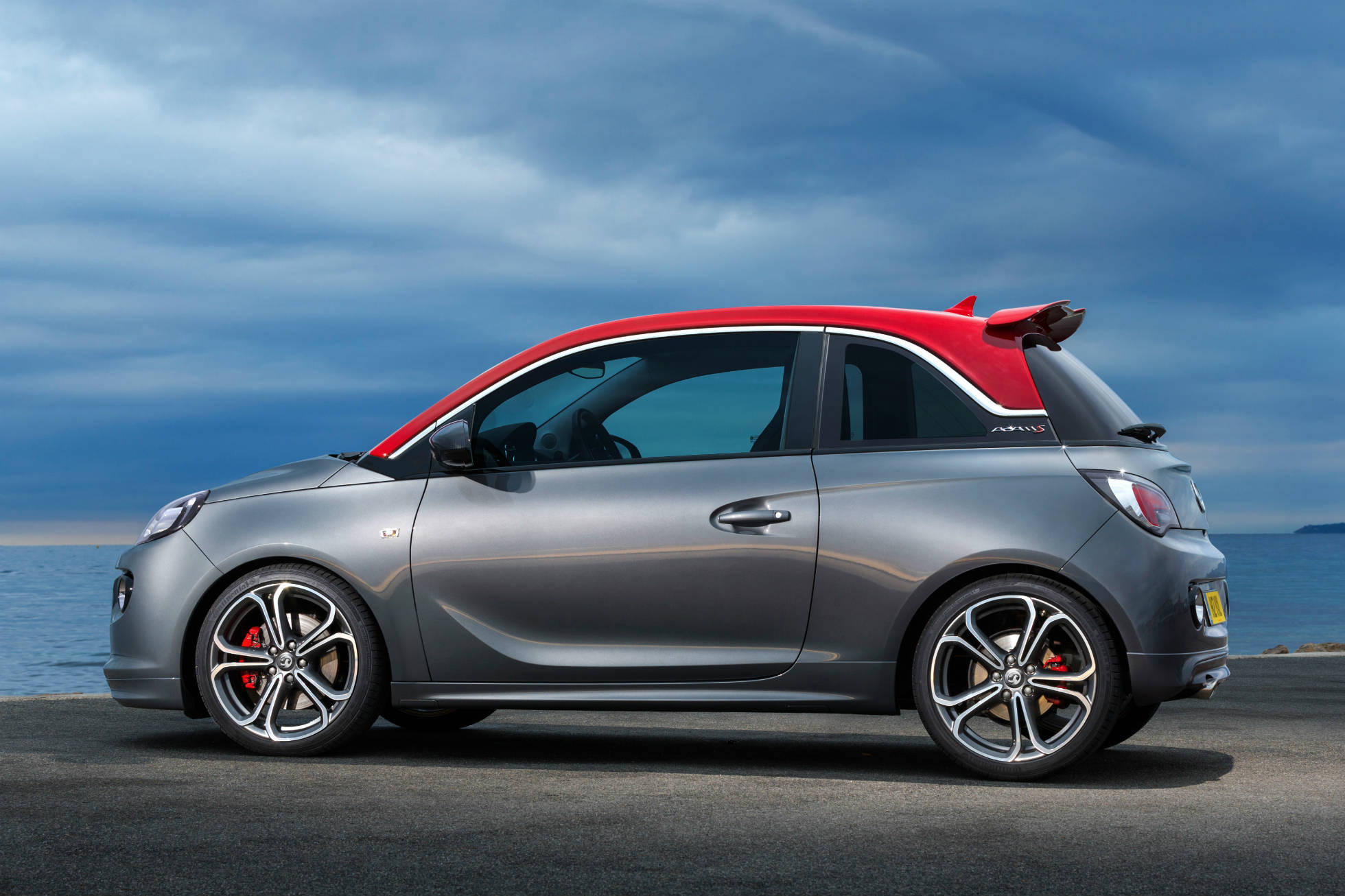 Unveiled at the 2014 Paris Motor Show, the range-topping Vauxhall city car will be named the Adam S in European markets – but in the UK the decision was made to change the name to avoid confusion with previous base-spec models.

Powered by a turbocharged 1.4-litre engine that produces 150hp, the Vauxhall Adam Grand Slam is set to take on the pricer Abarth 595 Turismo. The Fiat 500-based Abarth starts at £17,990, but boasts 160hp.

Vauxhall says its Adam Grand Slam will hit 62mph in 8.5 seconds, and reach a top speed of 124mph.

For £2,000 more than the current top-of-the-range Adam Black and White editions, it’s not just a warm 1.4-litre engine you get for your money. The Adam Grand Slam comes with a front lip spoiler, side sill moldings and bolder exhaust tailpipe to beef it up over the regular model.

And, in typical Adam fashion, the Grand Slam will be available in a choice of ten colours and four different roof combinations.

Orders are now open for the Vauxhall Grand Slam, with deliveries to UK customers starting in March.