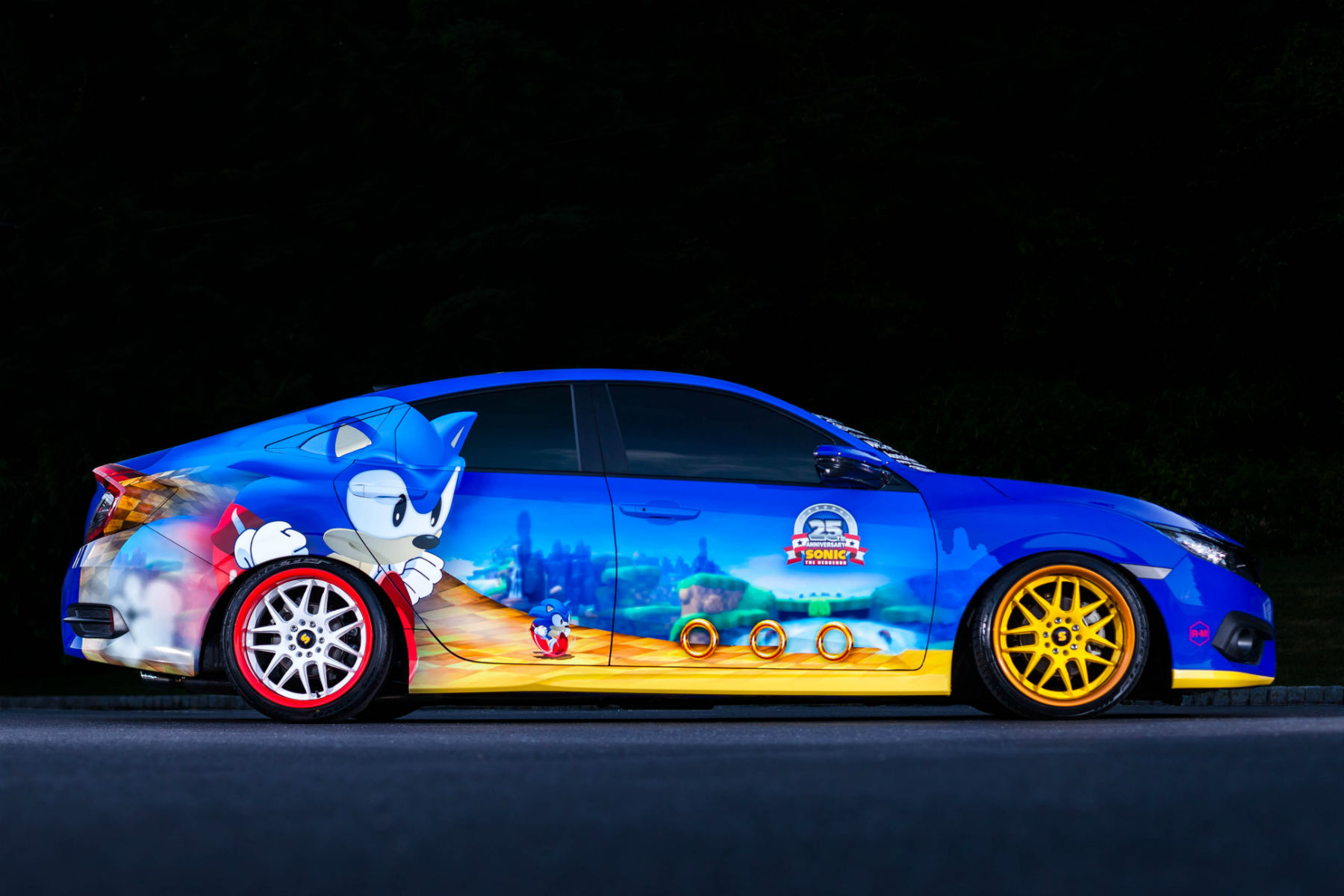 Sonic the Hedgehog is 25 years old this year (yes, really) – so Honda has created a little birthday present for the spiny blue mammal by creating it a one-off Civic.

Talking of wheels, the front and rear ones are different colours. The red rears represent Sonic’s infamous shoes, while the gold fronts mimic the gold rings he chases in the game.

We haven’t seen any pics of the interior, but Honda tells us it features bespoke front and rear seats with Katzkin Blue Leather and custom Sonic the Hedgehog 25th Anniversary embroidered logos.

Luggage space is hampered, as the boot is filled with a very 1990s sound system – consisting of two subwoofers, a pair of amps and a 32-inch TV for gamers to play retro Sonic games.

“What better way to showcase the incredibly sporty performance capability of the 10th generation Civic than by pairing it with gaming industry’s ultimate athlete – Sonic the Hedgehog,” said Honda’s US PR manager, James Jenkins.

“As the fan-favourite game and character celebrates his 25th anniversary on the scene, we hope that all Sonic fans – those who remember playing years ago and those who continue playing today – rejoice in his all-new ride, as much as we enjoyed creating it.”

We’re not sure Sonic would have chosen a Honda Civic as his ride, but you’ve got to admit – it looks kinda cool.