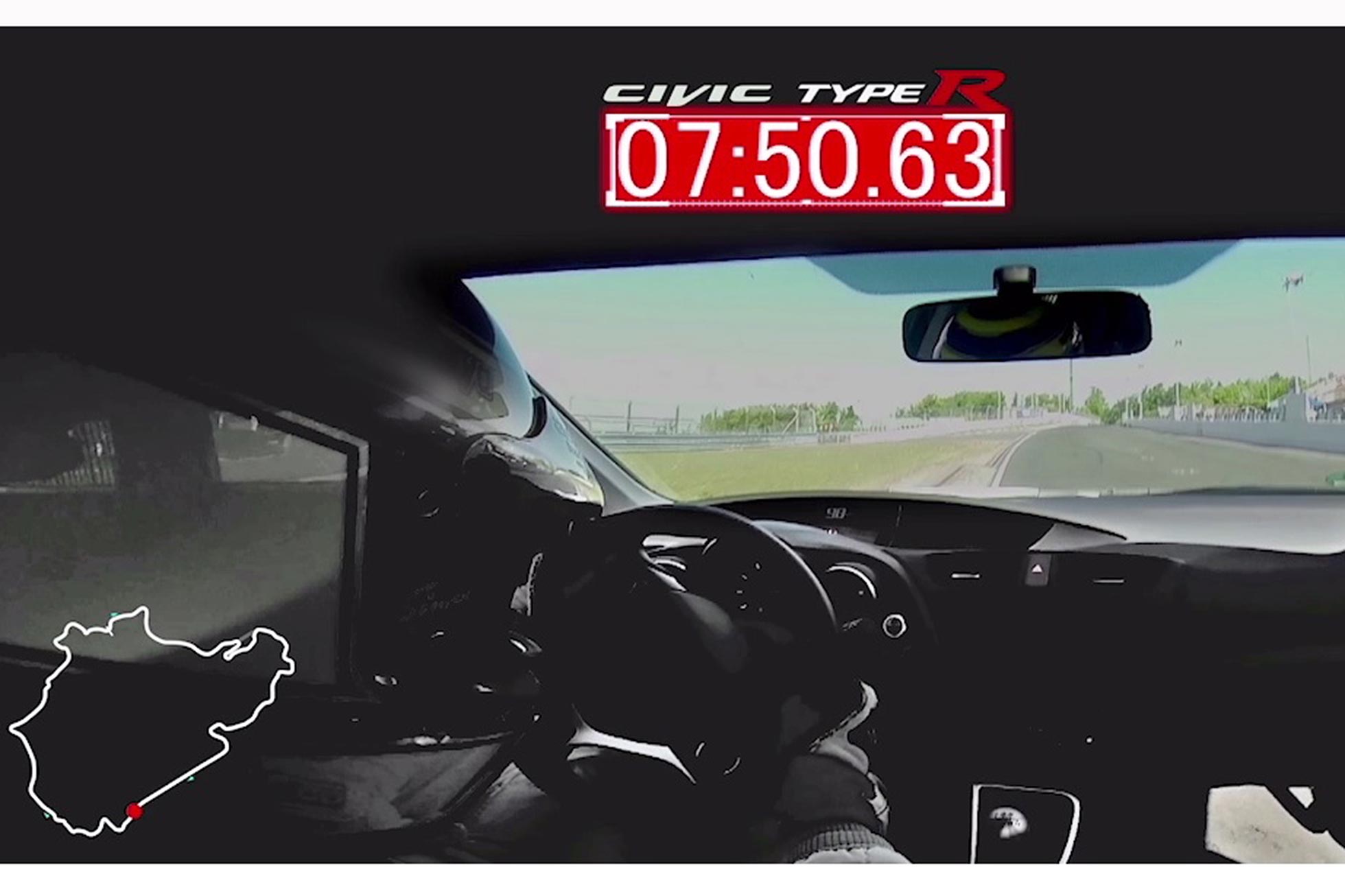 Honda actually set the time last May, and the firm confirmed it was a development car but is identical to the production version going on sale for £29,995 in the summer.

It did have a roll cage installed, but this was non-structural: chief engineer Yagi-san revealed to us it was actually mounted on rubber bushes to not interfere with the structural rigidity.

Because the roll cage is a weighty thing, Honda removed the air con, in-car entertainment system and front passenger seat to offset the weight increase.

All other areas – engine tune, suspension, exhaust, brakes and aerodynamics – are the same as the production car.

The firm adds that it’s going back to the Nurburgring this summer, with a showroom-ready Civic Type R – to ensure it can officially claim the fastest lap record for a front-wheel drive production car.

Unless rivals from Renault and SEAT get in there first, that is…

A right-hand drive 600LT Spider in Chicane Grey is the 20,000th car to be built at the McLaren Production Centre in Woking.
Read more

From modified monstrosities to tastefully tweaked performance cars, SEMA has something for everyone
Read more

Tyre failures caused more than 30 deaths on UK motorways in 2016. Well over 20 of them could have been avoided
Read more

The Valkyrie AMR Pro track-only hypercar has the performance of a Le Mans prototype, too
Read more