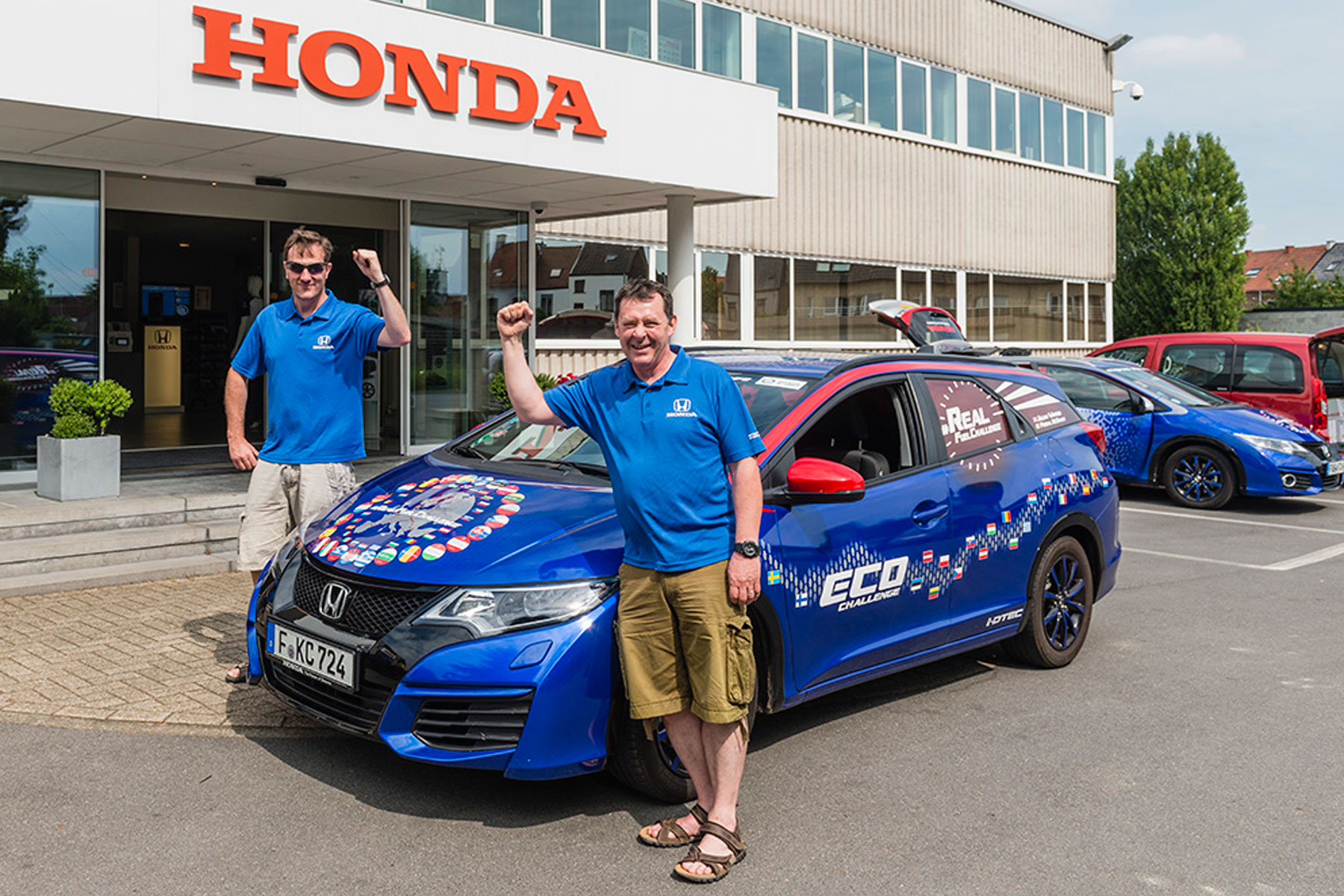 Honda has broken a Guinness World Record by driving a diesel Civic Tourer on a 8,387 mile road trip through Europe – averaging an incredible 100.31mpg.

Over the trip, the pair refuelled nine times at a total cost of £459, averaging 932 miles over each tank of fuel.

The team started their challenge in Belgium on 1st June, navigating the continent in a clockwise direction. They returned to their base on 25th June having beaten the Tourer’s quoted efficiency of 74.3mpg by more than 25%.

In the process, they broke the Guinness World Record for ‘Lowest Fuel Consumption – all 24 contiguous EU countries’, with their progress monitored by tracking equipment and a range of evidence – from photographs to independent witness signatures.

McGrath said: “It was tough, but we really enjoyed it, and setting this new Guinness World Records title has made all of the hard work worthwhile. This was a huge team effort so I’d like to thank everyone involved for all of their commitment and support. After spending so much time behind the wheel Julian and I are just happy to be back behind our desks for a while!”

The car was standard in every respect with fuelling carried out at regular petrol stations. Tyres were inflated to the recommended pressure.