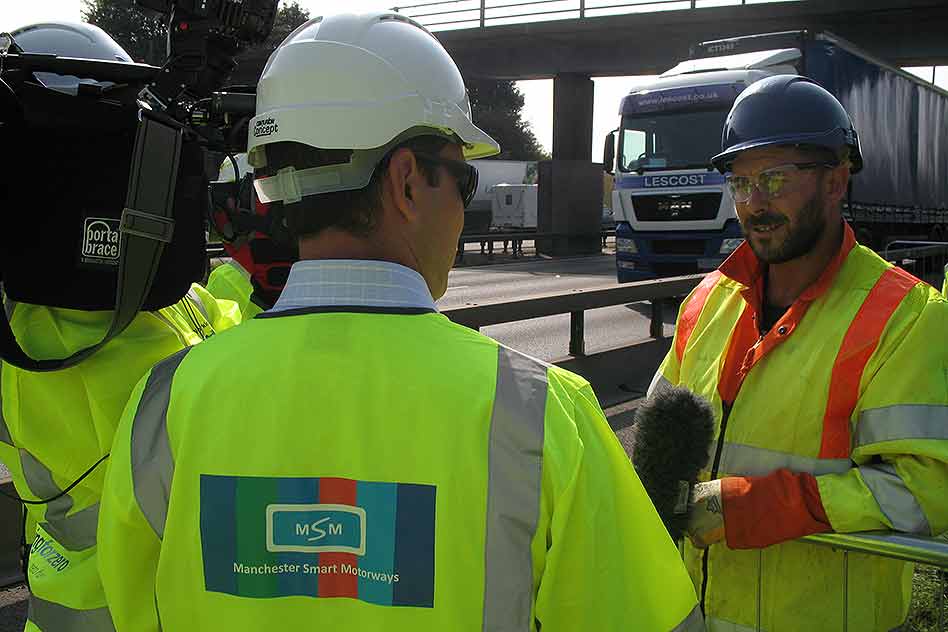 Construction giant Balfour Beatty has given its support to an initiative currently underway by the Highways Agency to protect road workers.

The Road Worker Safety campaign aims to cut the number of workers injured or killed while building or maintaining Britain’s roads: between 2009-2013, eight workers died and 317 were injured while working on motorways or major A-roads.

The Highways Agency campaign aims to show motorists the risks faced by road workers, usually operating just metres from traffic, and Balfour Beatty workers are the latest to speak out.

Gordy Smith works on the M60 Smart Motorway Scheme in Manchester. He said: “Most of the public are aware but there are a few that don’t seem to care and it’s those we want to speak out to.

“We want them to be aware of their speed and to cut it down for safety’s sake. Nine times out of ten they’re going from A to B and want to get there as soon as possible.”

That’s no excuse to speed, added Balfour Beatty Highways Services Director Ian Spellacey, who said to drivers: “Do not risk lives and wreck families for the sake of a few seconds saved on your journey.”

The Highways Agency has issued six top tips for driving safely through roadworks:

It has also produced a video to highlight the issue.