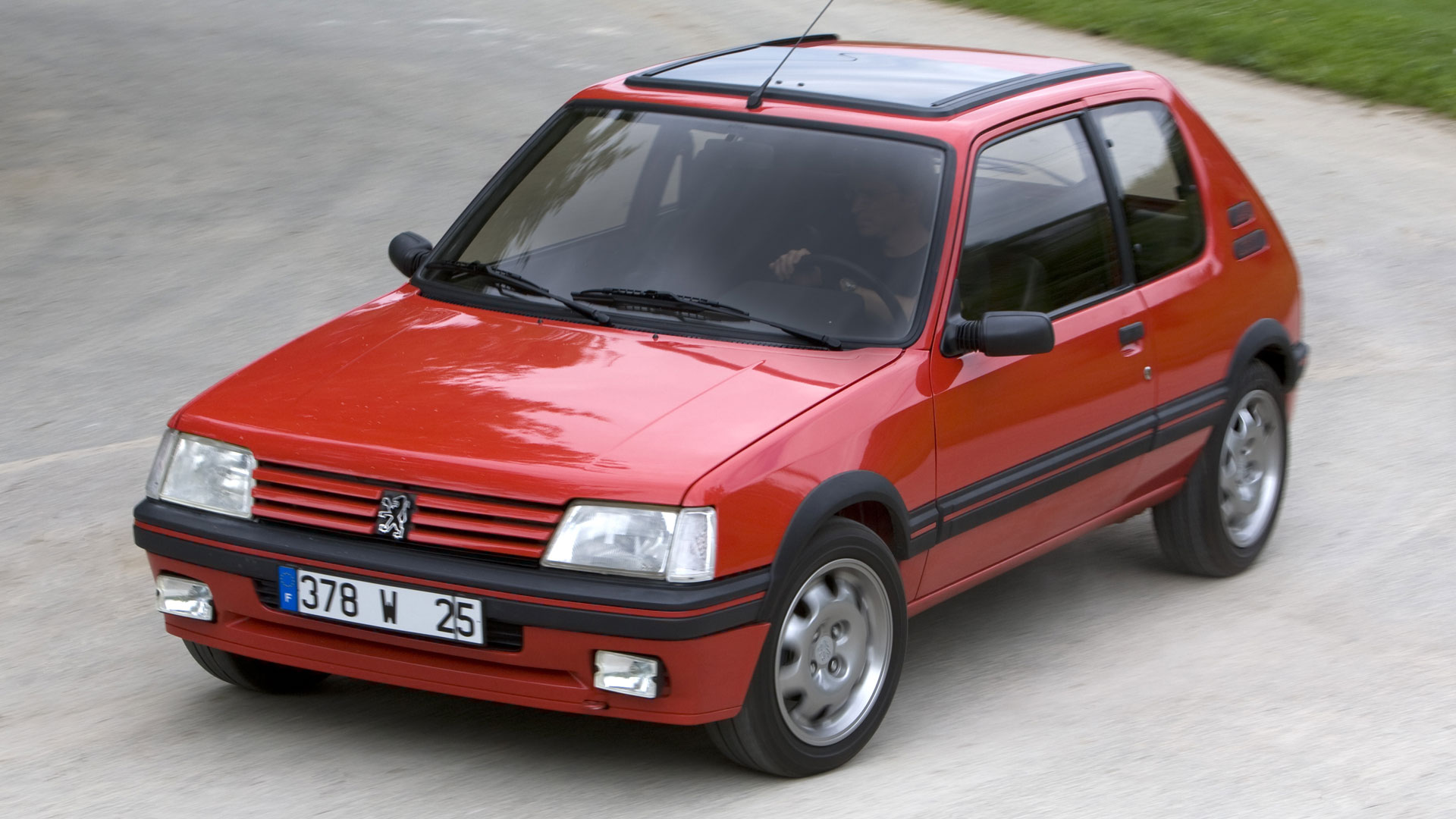 Hagerty has insured one or two collectable cars in its time, so the company stands at the forefront of the recent surge in classic car values. Which is why we asked the insurance experts for a list of hot hatches that have skyrocketed in value. In other words, the automotive hooligans you wish you had bought when prices were still sensible. Some of the cars stretch the definition of a hot hatch, but when the classics are this good, who are we to argue? Valuations are sourced from the Hagerty Price Guide or Classic Cars magazine, with the percentage increase based on the average values in January 2014 and January 2019. 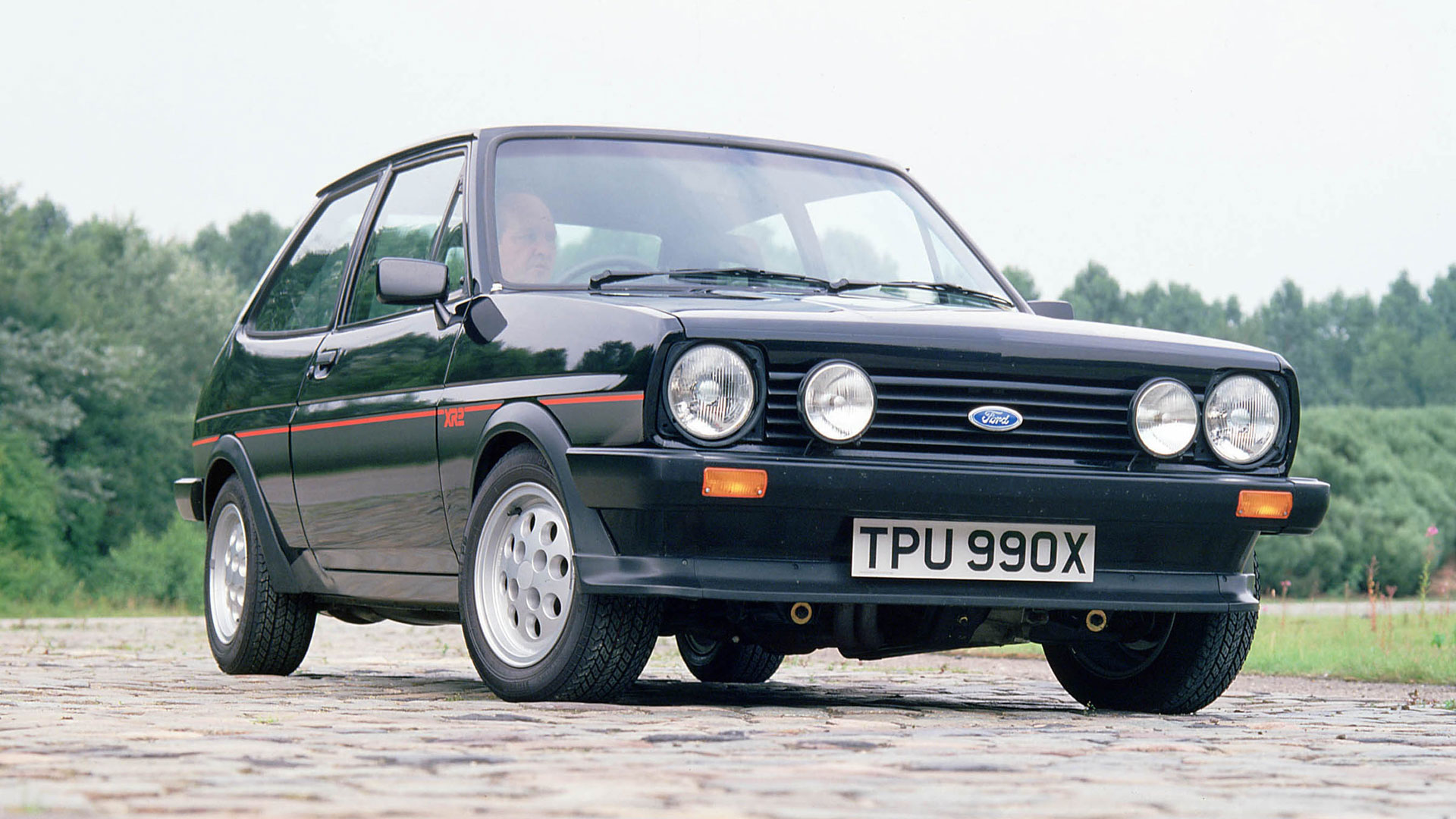 Fast Ford fans have a lot to thank the Special Vehicle Engineering department for. Having kept the Capri on life support by developing the 2.8 Injection, the team also created the Escort XR3 before distilling the magic into a fun-size package. The result was the Fiesta XR2 – the first properly hot Fiesta and the object of desire for countless young drivers passing their test in the early 80s. Nearly four decades on, the drivers might be older, but their love of the XR2 hasn’t gone away, which is why prices have risen from £3,363 in January 2014 to £6,175 in January 2019.

Hagerty’s John Mayhead says: “Entering the UK market in December 1981, the Fiesta XR2’s 1.6L Kent Crossflow engine, spoilers and alloy wheels made an immediate impression. With the lowest average current value in our list, the Ford Fiesta XR2 is still an attainable classic, but values are rising.” 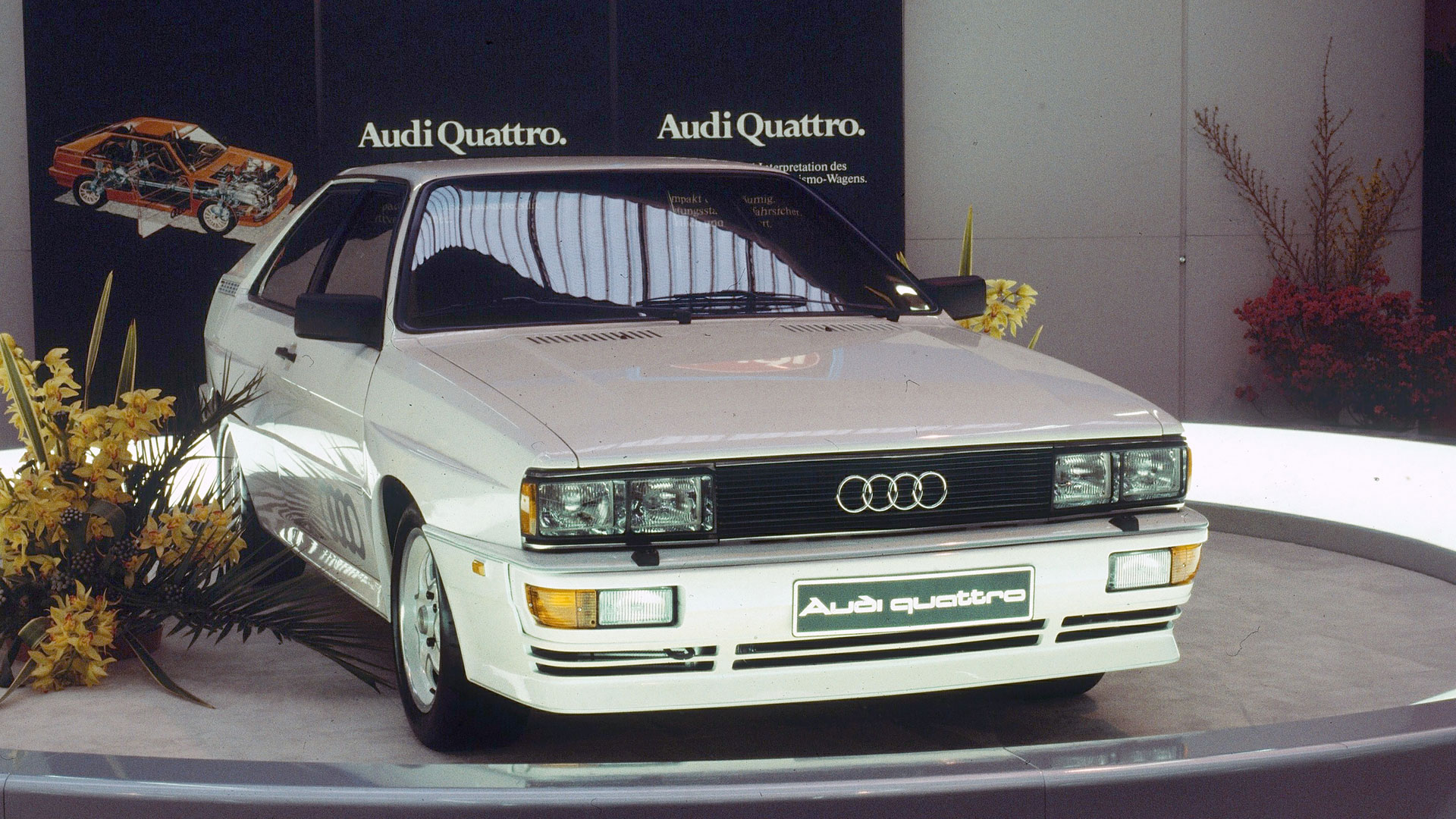 As much as we like the good people at Hagerty, we’re struggling with the definition of the Audi Quattro as a hot hatch. It’s a little like Mercedes calling an estate car a ‘shooting brake’ or a four-door SUV with a sloping roof a ‘coupe’. Five years ago, you’d have spent around £11,375, but today that figure stands at £23,425.

Hagerty’s John Mayhead says: “The first version of the Quattro mated the 2,144cc 10v engine with Audi’s permanent four-wheel drive, putting out 197bhp and propelling the car to legendary status. Does it qualify as a hatchback? As it has a hatch at the back, we think it does…” 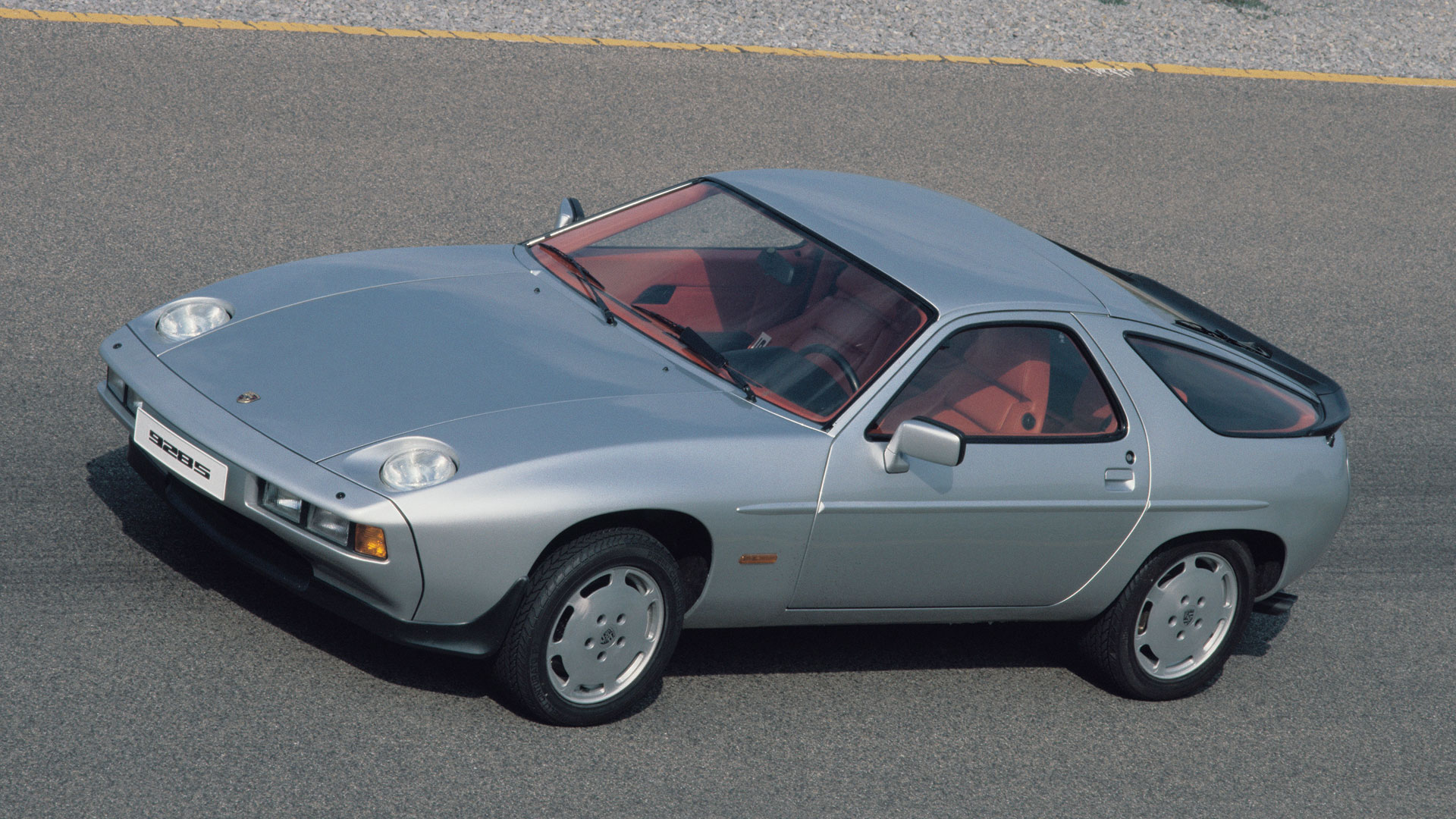 Here we go again – another car that stretches the definition of a hot hatch, but at least the Porsche 928 has a glass tailgate. The 928’s stock has been rising for a while, with enthusiasts remembering it as a fine grand tourer as opposed to a sports car that failed to replace the 911. In 2014, you might have found a 928 S for a smidgen over £10,000. Today, you’d pay for £22,525 for the same car. As Cher once gargled, if we could turn back time…

Hagerty’s John Mayhead says: “The Porsche 928 S combines a 4.7-litre (later 5.0-litre) engine with an almost perfect weight distribution, a spacious cabin, useful hatchback and Porsche’s usual superb build quality. For years though, they were sneered at by purists who looked no further than the front-mounted, water-cooled engine. Things have changed; RM Sotheby’s have just sold a low-mileage, top-of-the-range 928 GTS for a shade over £121,000.” 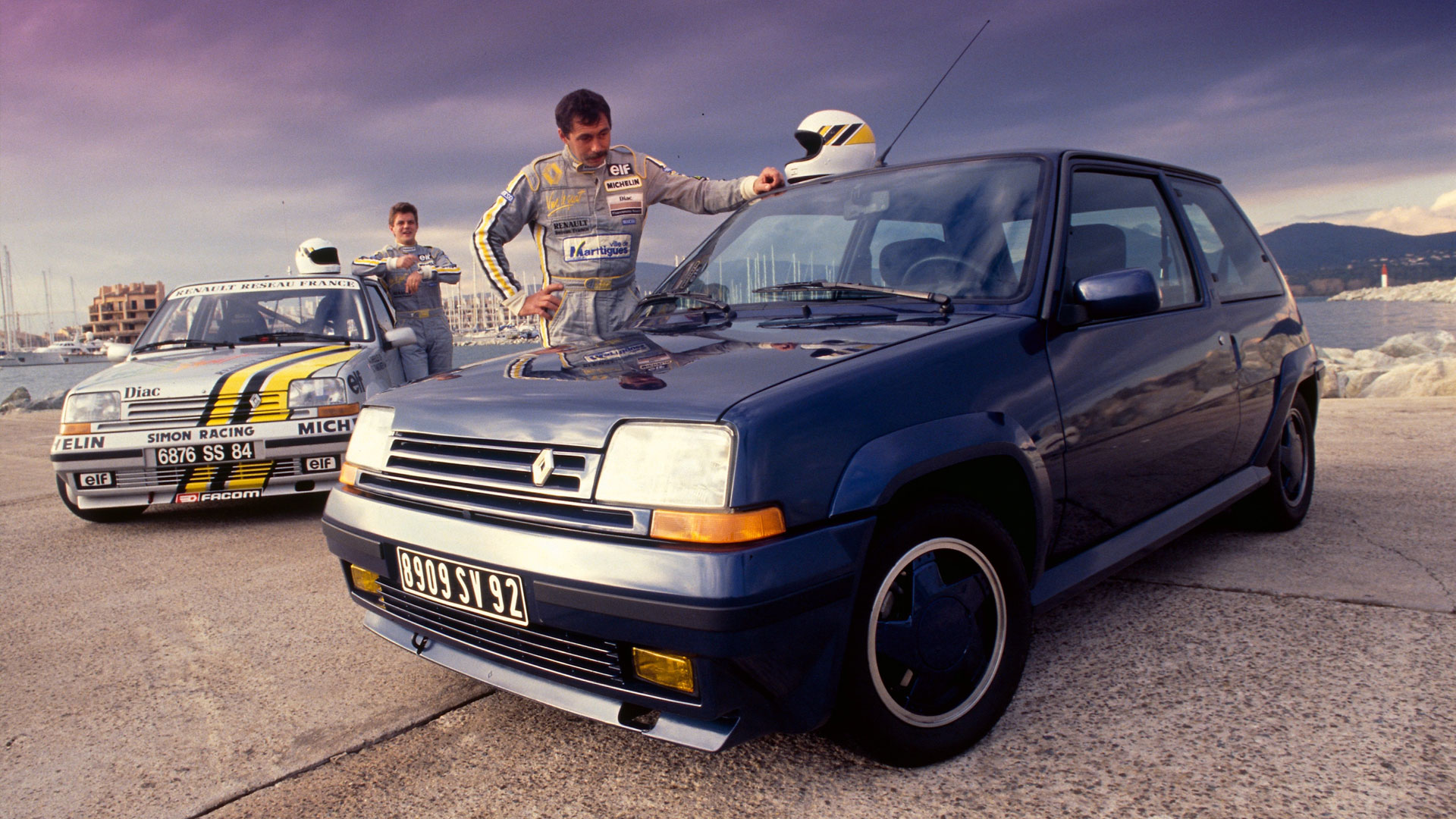 In the 1980s, the Renault 5 GT Turbo flew out the showrooms, before flying into a hedge backwards when the driver ran out of talent. In fairness to the poor, unsuspecting driver, there was little you could do when the turbocharger decided to make an appearance mid-corner – it was a case of hanging on and waiting for your date with a hawthorn bush. Rarity has played a part in the 130 percent increase in values, up from £3,487 in 2014 to £8,025 today.

Hagerty’s John Mayhead says: “When Renault decided to create a hot hatch version of their ubiquitous Renault 5, they didn’t mess about. Not content with adding a Garrett T2 turbo to force 115bhp out of the 1.4L engine, the suspension and styling were also overhauled, smashing its main rivals in performance terms.” 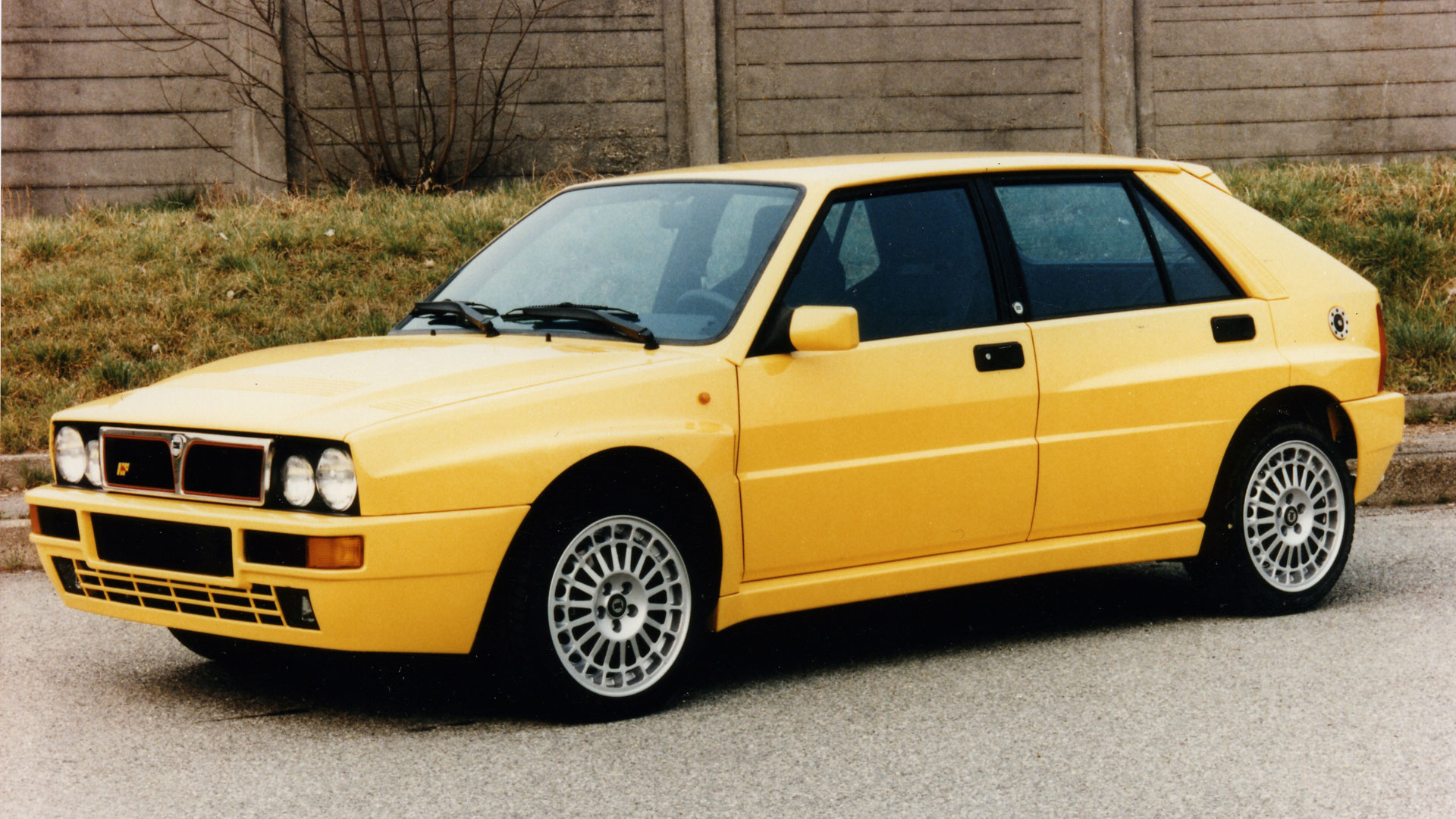 Hands up if you remember the days when you required the use of four digits to stick a price on the windscreen of a Lancia Delta Integrale. And hands up if you’ve kicked yourself in the shin so many times, you’re left with a permanent bruise. From £9,438 in January 2014, you’ll need to part with at least £25,000 to secure the same car today. Insert reference to two famous Johnny Hates Jazz songs – Shattered Dreams and Turn Back the Clock. 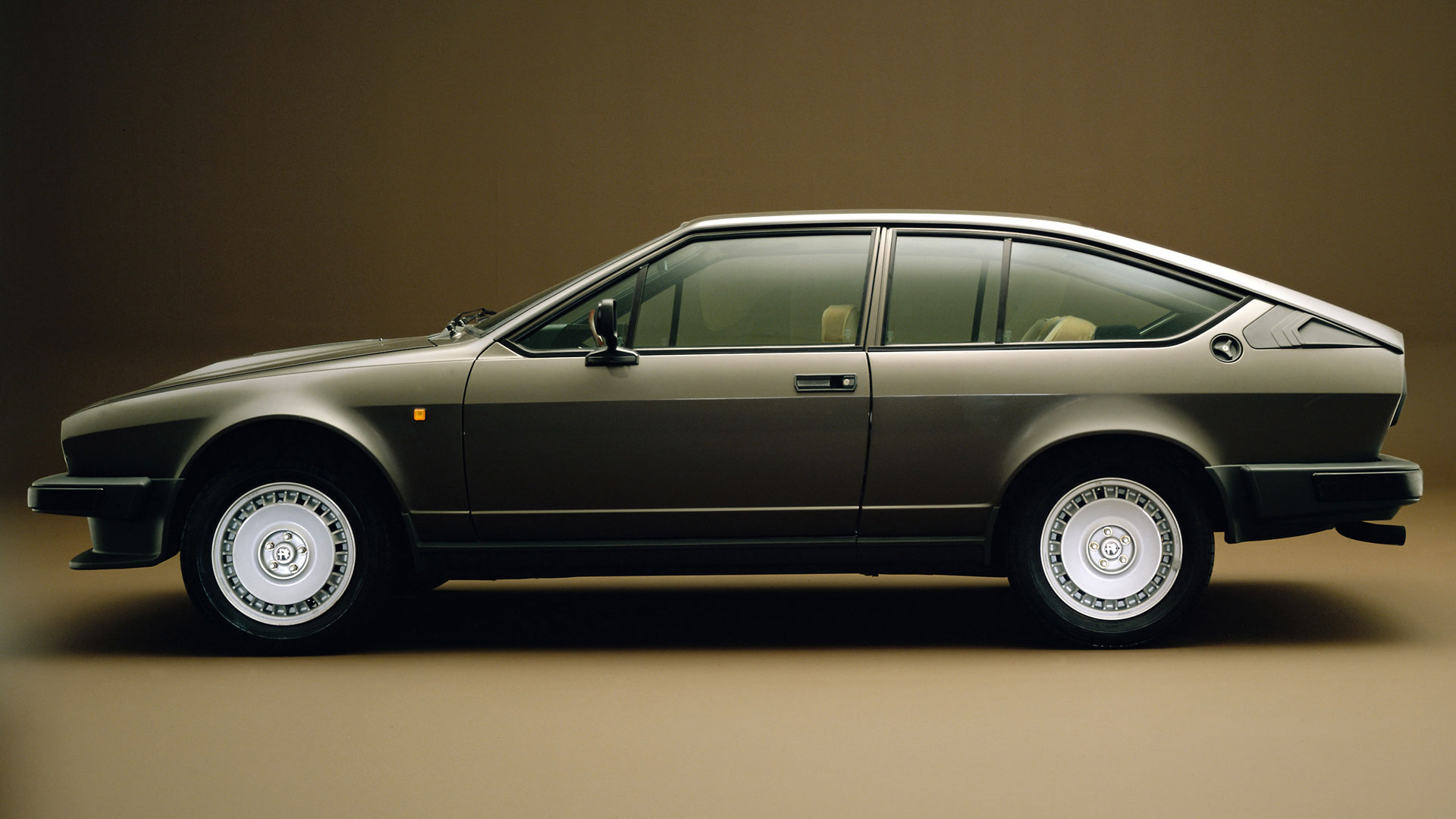 Hagerty’s John Mayhead says: “With the now legendary Busso V6 engine in 2,492cc form, the fastback Alfa GTV6 is still a head-turner, especially when close to the redline. Rust was always a problem but many of those that survived are now being properly restored. One to watch.” 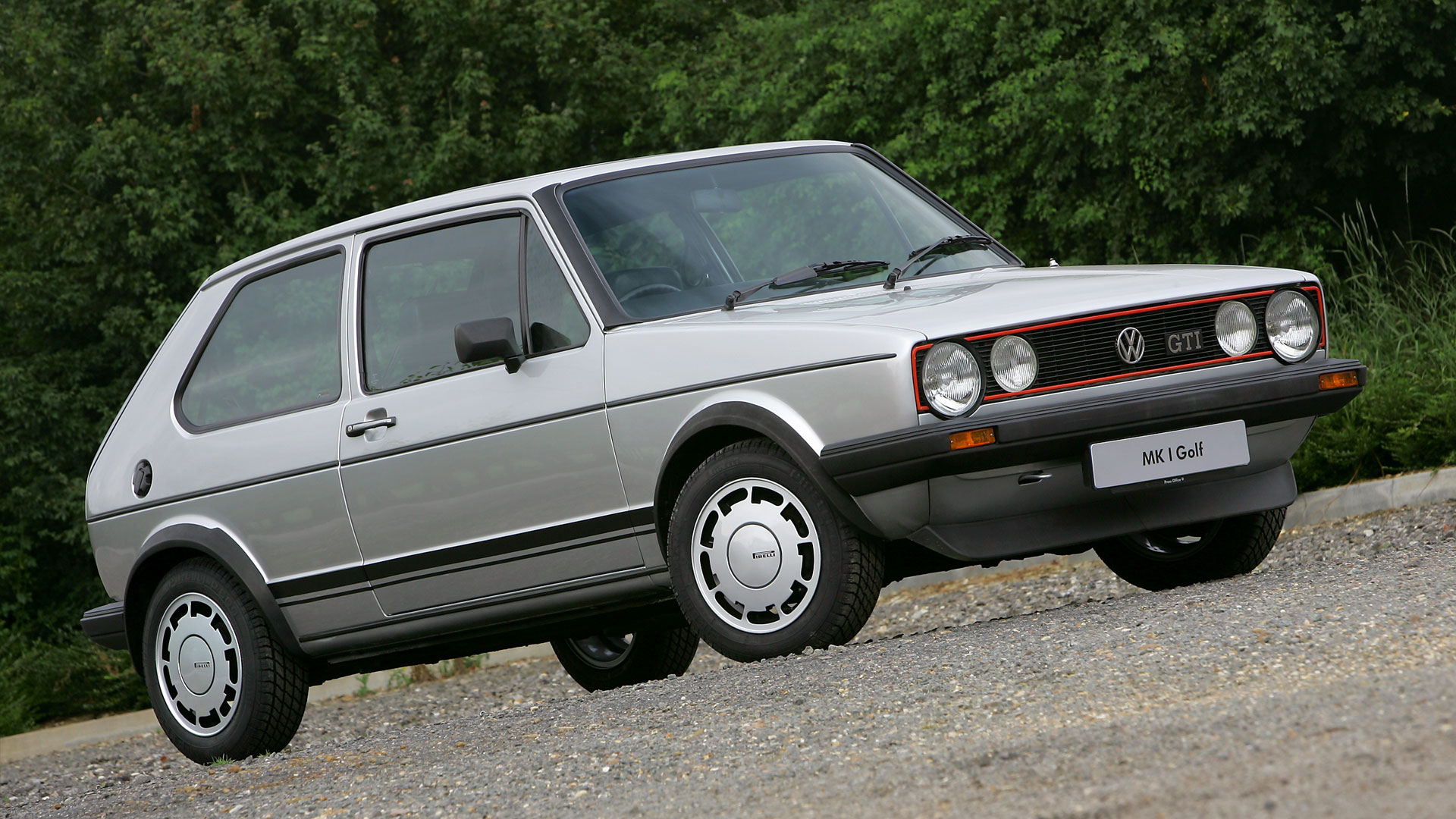 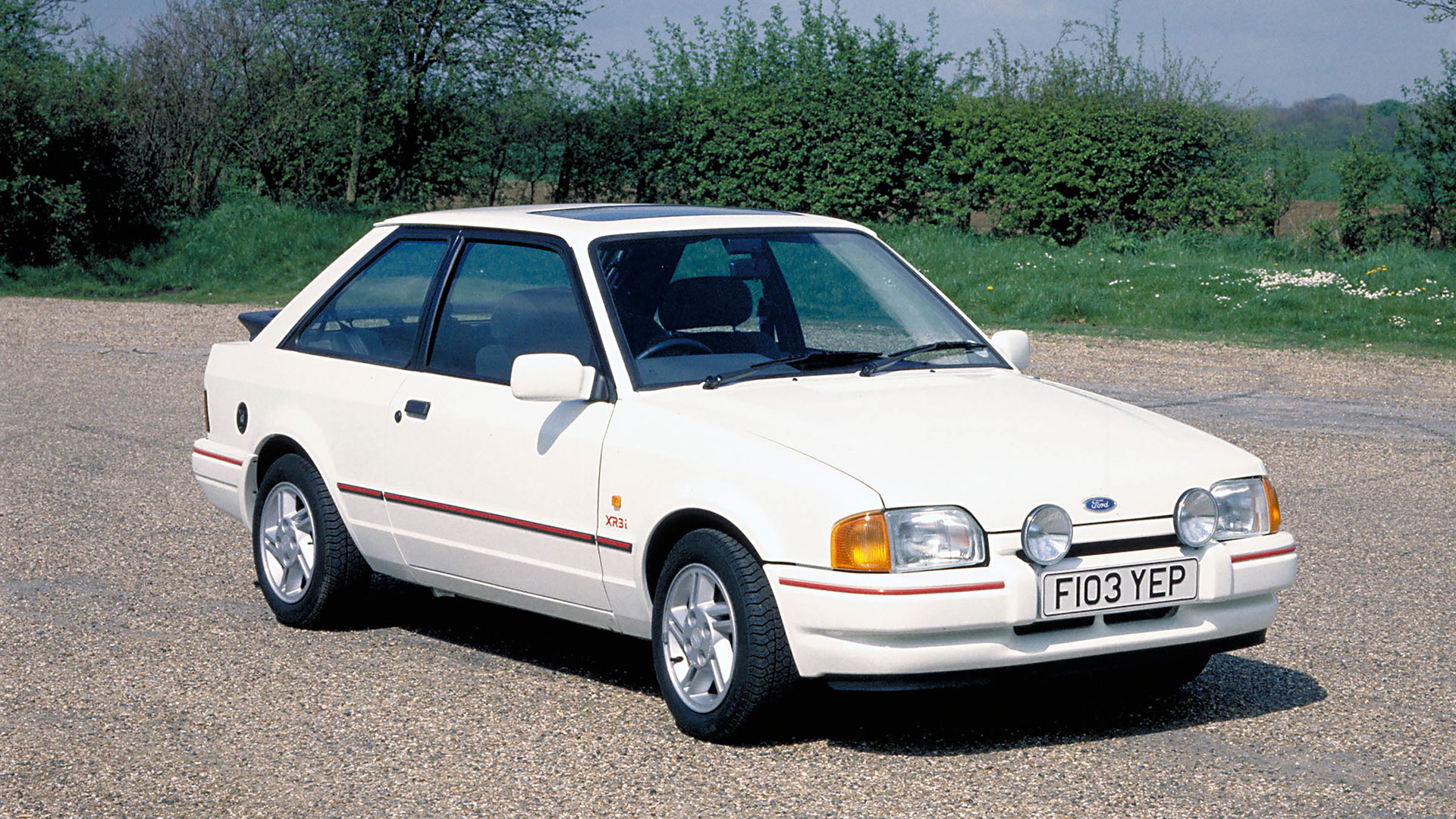 We’re huge fans of the Ford Escort XR3i, but it was never the sharpest hot hatch on the market. But it did have many things on its side, most notably the superb styling, a proper hooligan attitude and running costs that were no more expensive than a regular hatchback. You may have spent the 90s and 00s justifying your love of the XR3i, but today it’s one of the most sought-after modern classics in the country. The price in 2014: £3,500. The price today: £12,225. Feel free to continue sobbing.

Hagerty’s John Mayhead says: “Ford’s answer to the Golf GTI first emerged as a carburettor-fed sports hatch, but in October 1982 the fuel-injected Escort XR3i was unleashed. With a 1,596cc OHC engine it had a top speed of 120mph and cool trim including black window surrounds, sports seats and a two-spoke steering wheel. Now they’re cool once more.”

This will come as no surprise to anyone who has had half an eye on the classic car market, because the Peugeot 205 GTI is one of the hottest tickets in town. Values have shot up 286 percent, with Hagerty issuing a guide price of £16,150. Given everything that’s happening in 2019, the question is: can the classic car market sustain these inflated prices? Watch this space.

Hagerty’s John Mayhead says: “Nimble, quick and smart, the original French hot hatch is now legendary. A few years ago, these could be bought for peanuts, then, in 2017 prices started to rise, one 205 GTi even achieving £38,475 at Silverstone Auctions.”

Well, would you ‘Adam and Eve’ it? Although the MG Metro Turbo isn’t the most valuable car here, the percentage increase is by far the highest, eclipsing the 205 and the Escort. Unveiled in October 1982, and facelifted two years later, the Metro Turbo spent a long time in the classic car wilderness, hamstrung by its iffy build quality and general apathy. But today, this British pocket rocket is worth just under £13,000 – an amazing figure considering it was valued at just £2,765 in January 2014.

Hagerty’s John Mayhead says: “Austin entered the hot hatch fray in 1983 with their Metro Turbo, controversially (for some) badged as an MG. Developing 93bhp from the 1,275cc A-Series engine blown with a Garrett T3 turbo, the car wasn’t the most powerful, but combined with the tiny dimensions of the car, it was quick. Prices have risen equally quickly in the last few years – the car is our list’s highest riser in percentage terms.”