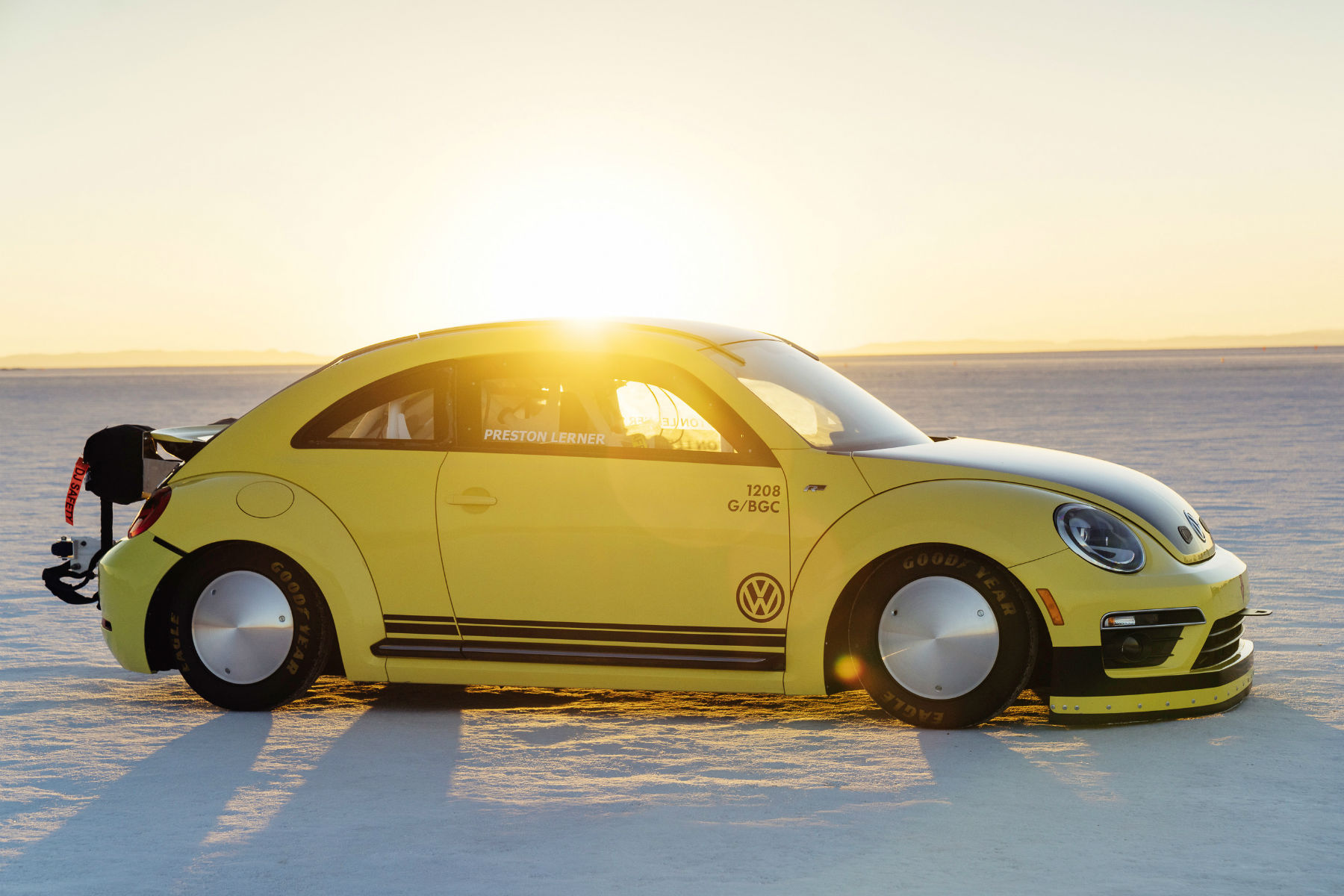 The Volkswagen Beetle’s blobby shape doesn’t make for the best high-speed Autobahn stormer – but that hasn’t stopped VW engineers creating a one-off that can hit more than 200mph.

Named the Beetle LSR (for Land Speed Record), it uses a 2.0-litre turbocharged engine and is good for 205mph – confirmed not on the Autobahn, but on Utah’s Bonneville Salt Flats. That’s where all the land speed records are set – and where Brit motorbike racer Guy Martin fell off his bike during a 300mph run this weekend.

The 2.0-litre TSI Beetle isn’t exactly standard. A new turbocharger was fitted, along with different pistons, camshafts, connecting rods and a modified cylinder head. The result? A whopping 550hp and 421lb ft of torque. 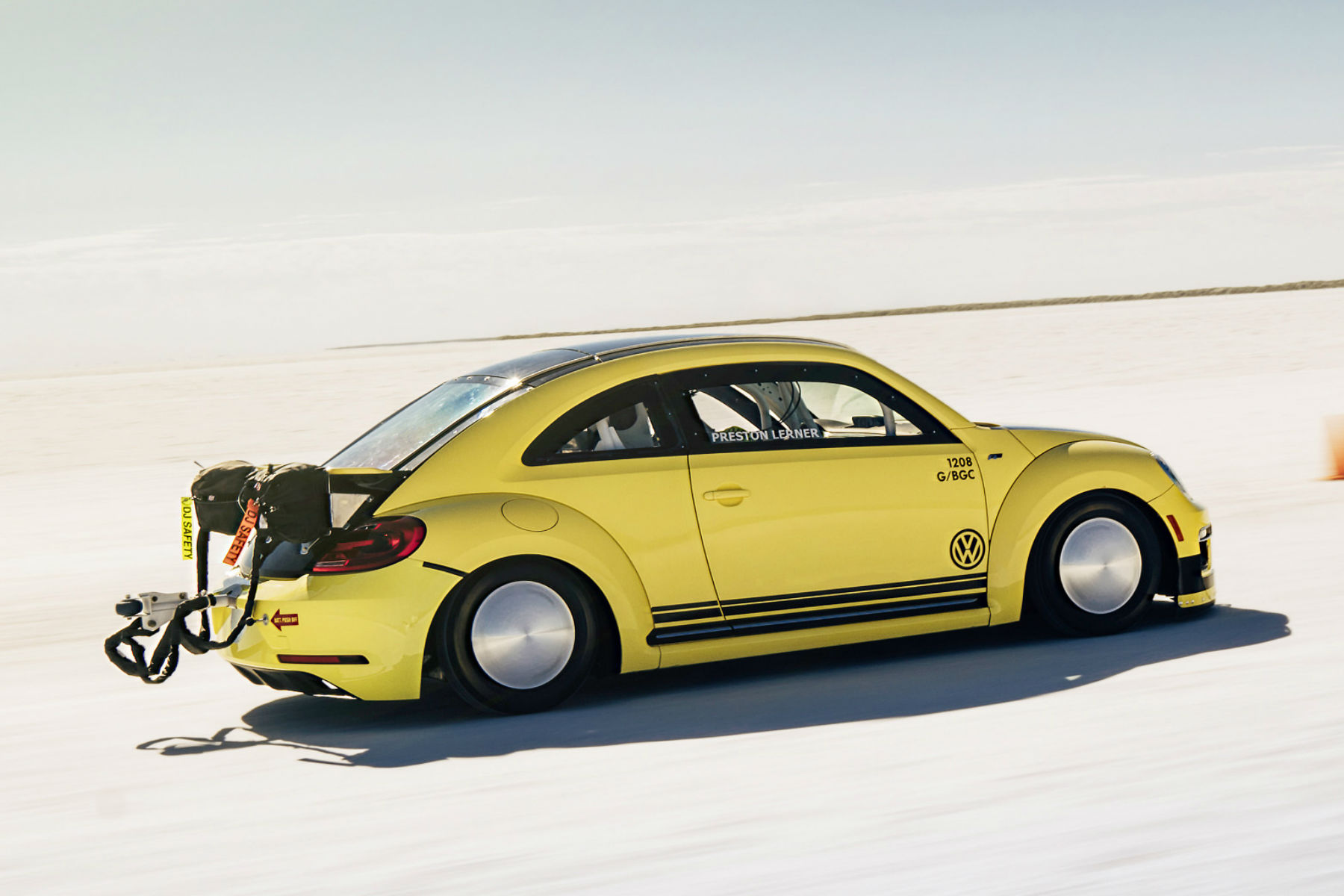 Special wheels and tyres were also fitted to help with traction on the salt, along with a limited-slip diff. A full rollcage protects the driver, along with a race seat and five-point harness, and a fire extinguishing system.

Of course, when you’re covering more than 200mph along the salt flats, you could do with some serious brakes – two parachutes are used to scrub off speed.

The LSR is officially the fastest Beetle ever – with the record set at the Utah Salt Flats Racing Association’s official driving record event.