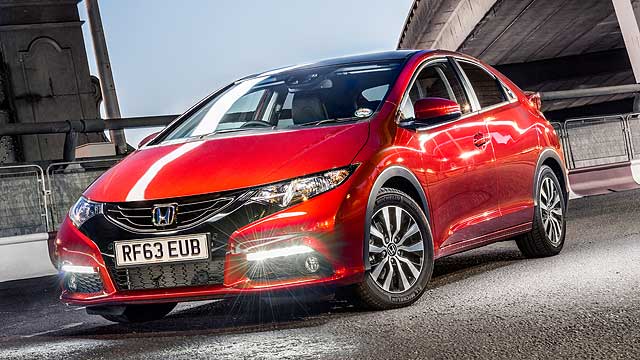 Honda’s reputation for building bulletproof cars is legendary: the firm is now further enhancing ownership peace of mind AND offering a bargain deal package in an eye-opening new offer.

The British-build Civic can now be purchased with Honda’s ‘FIVE’ care package included for free. Normally costing £500, it lasts for five years and includes servicing, warranty and roadside assistance. Saving buyers more than £1,300 over the next half-decade, Honda says 9 in 10 buyers already go for it.

Not only is FIVE included for free, Honda’s also put together an attractive finance package. The entry-level 1.4-litre S model will cost just £209 a month on a three-year PCP – and you’ll pay 0% in interest too.

Only 15% of buyers go for the 1.4, mind – half of Civic customers go for the 1.6 i-DTEC diesel instead. Good job that’s eligible for this deal too then, costing from just £239. Never has £20 a month been better spent.

Leon Brannan, head of cars at Honda UK said: “We’re confident that such low monthly payments coupled with low and manageable running costs will add even further to the appeal of the Civic.”