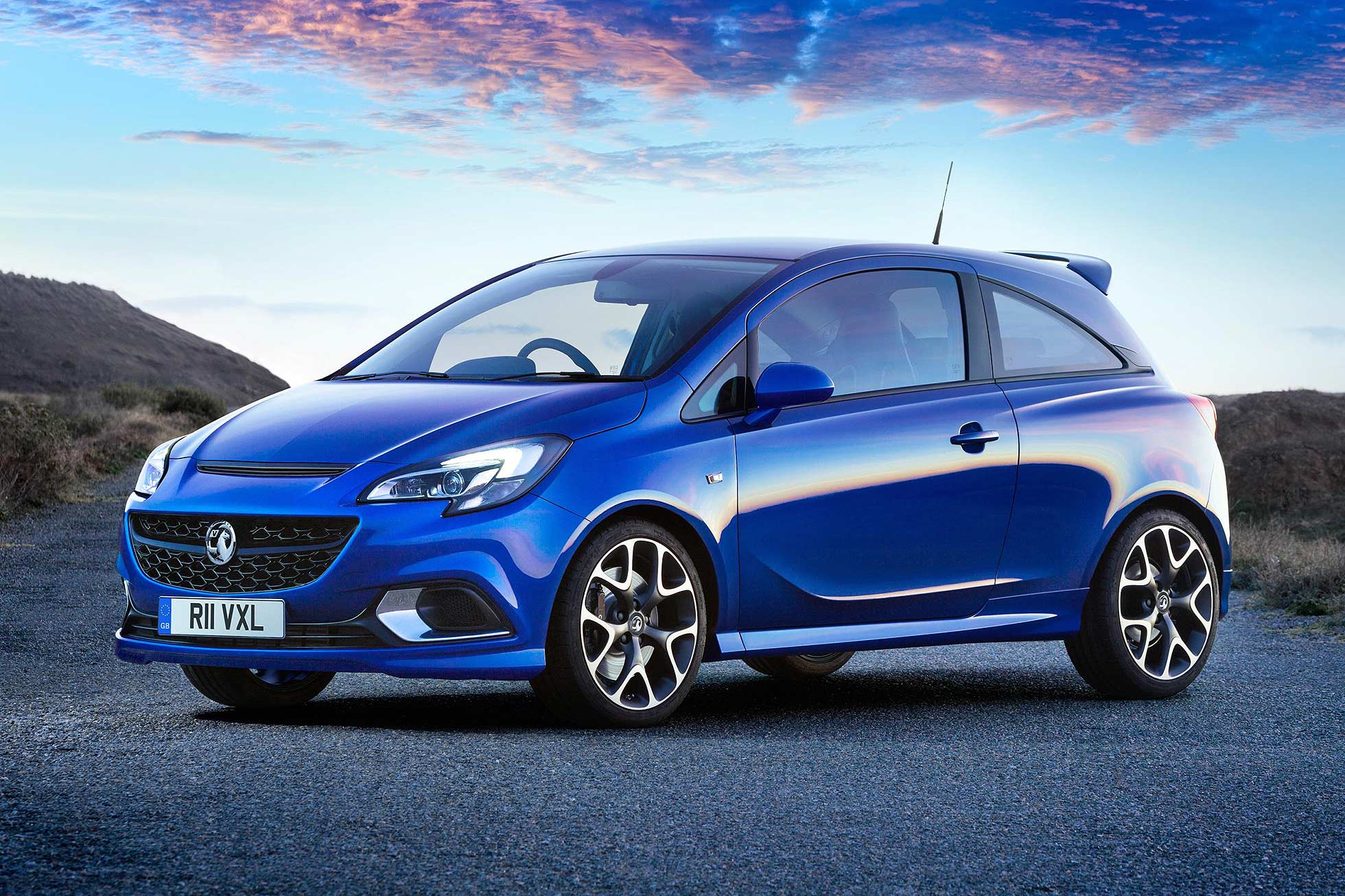 Vauxhall has revealed first images of the bold-looking new Corsa VXR ahead of its world debut at the 2015 Geneva Motor Show in March.

Sadly, it’s barely any more efficient – 37.7mpg combined is about 10mpg off rivals such as the Ford Fiesta ST and Renaultsport Clio 200 Turbo: 174g/km CO2 is similarly unimpressive.

Vauxhall still believes it will “raise the bar for small, fast hatchbacks” though – because of the way it handles. Impressively, the new Corsa VXR introduces Koni adaptive dampers as standard, sector-unique technology that the firm is very proud of. 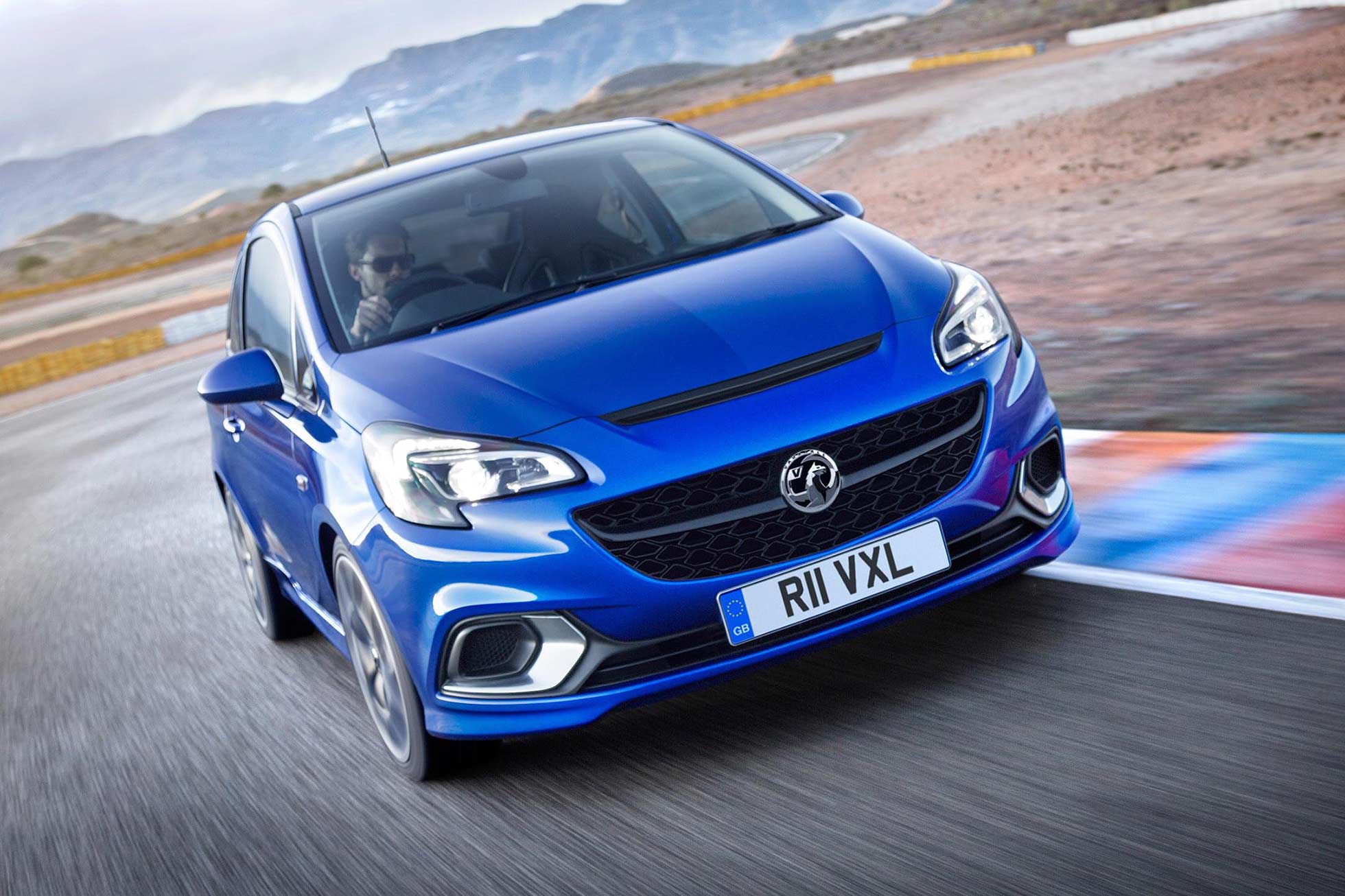 There’s also two-stage ESP, including a track mode that fully disables it, and a Competition mode that disables the traction control but keeps the stability systems active.

Vauxhall even offers an optional Drexler limited-slip differential, as part of a Performance Package that ups the standard 308mm front brakes to 330mm Brembo anchors, and fits larger 18-inch alloys over the standard 17-inch rims. 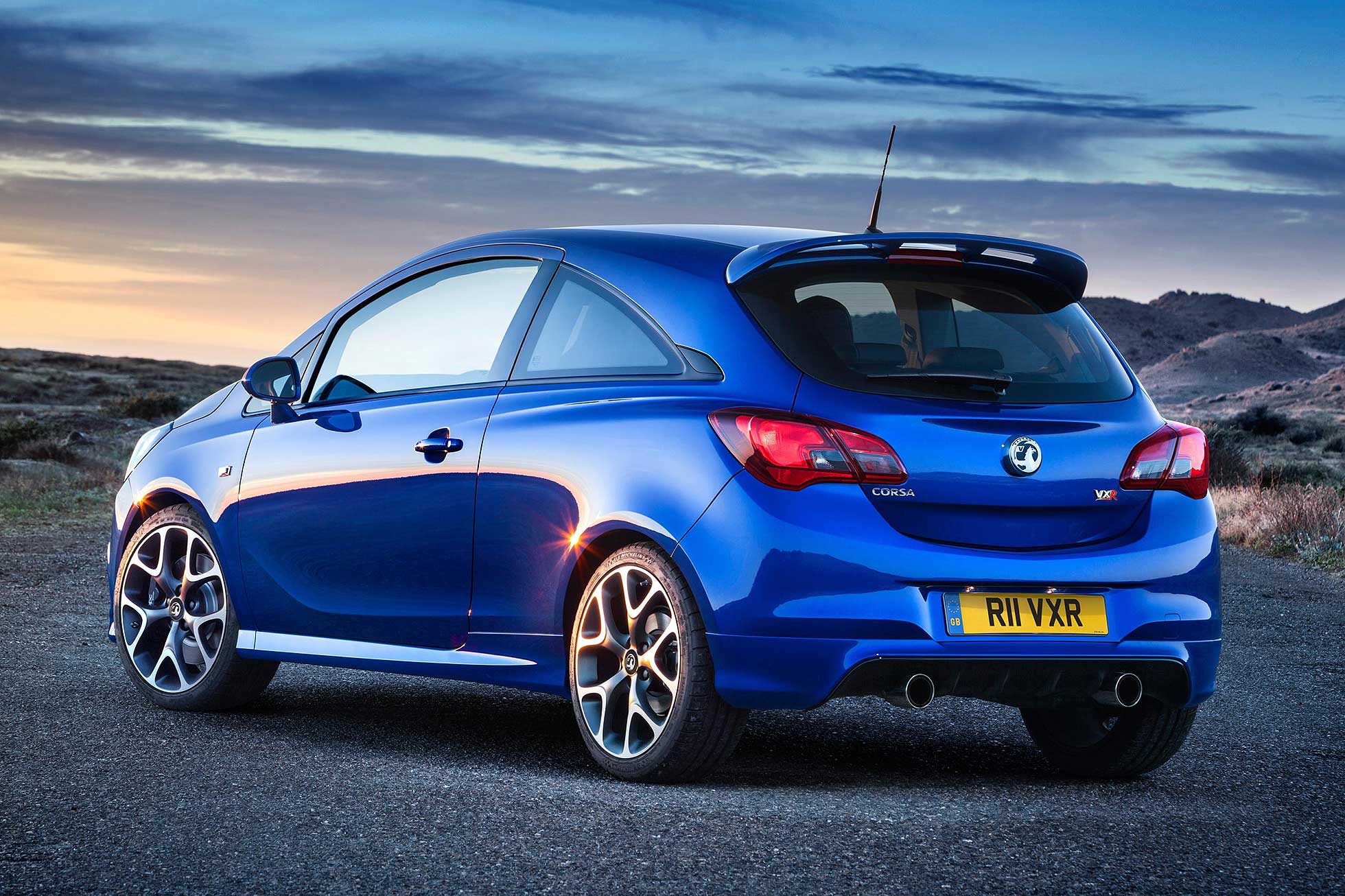 The 2015 Corsa VXR has a bold new look, with large front air intakes, aluminium detailing and a supercar-style air scoop below the bonnet. There’s a rear spoiler that is functional – it “provides meaningful downforce” says Vauxhall, rather than just cutting lift – and street kudos is enhanced by twin Remus exhausts.

Six colours are offered, including a unique-to-VXR Flash Blue. 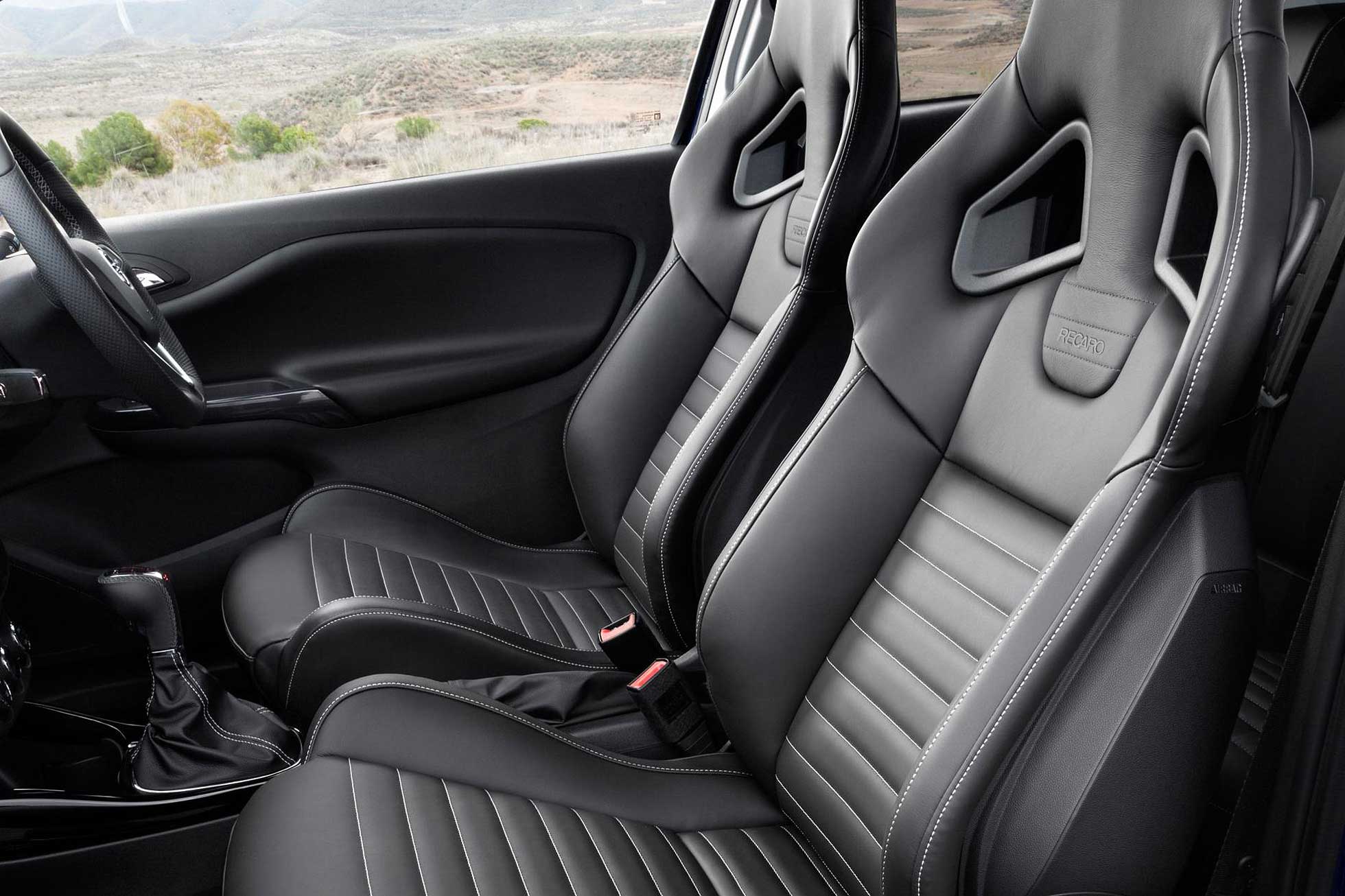 Inside, there are Recaro seats, a flat-bottom steering wheel plus plentiful VXR detailing. IntelliLink infotainment that pairs with Apple iOS and Android smartphones is also standard.

Vauxhall hasn’t yet revealed prices for the new Corsa VXR, but has confirmed it will go on sale in the UK from May, following its Geneva debut.