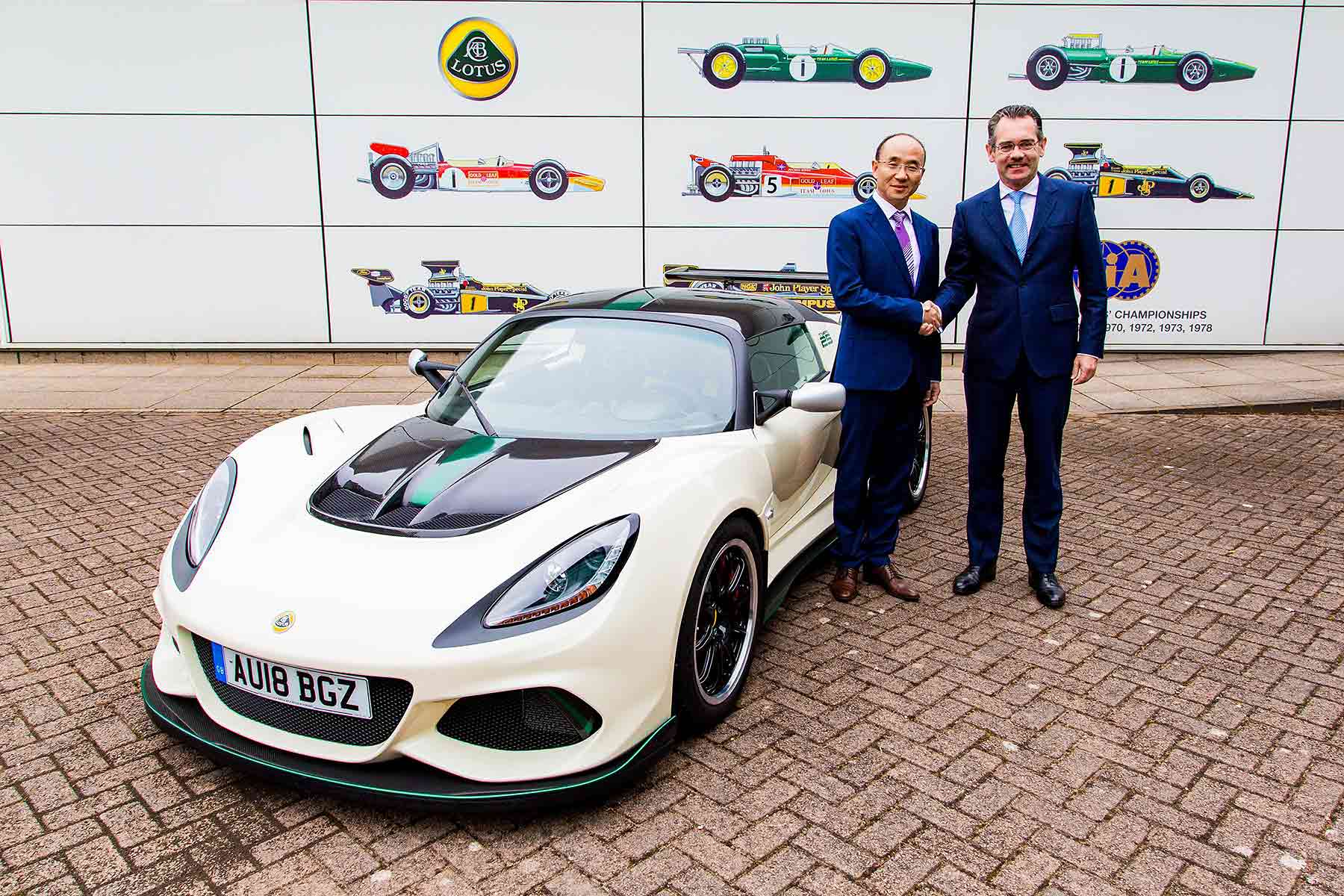 For the past four years, popular Luxembourger Jean-Marc Gales has led a turnaround in the fortunes of Group Lotus – culminating in the firm being purchased by Chinese giant Geely, the company overseeing the current ascendancy of Volvo.

The changes are effective immediately.

Gales is not departing completely, though. He will remain involved with the company, serving as chief strategic adviser to Lotus Chairman, Daniel Donghui Li.

The chairman said of his former CEO and now adviser: “Jean-Marc has stabilised and turned Lotus to profitability for the first time in the iconic brand’s history with new industry leading products and unique business models since joining the company in 2014.

“Lotus is poised for the next phase of growth under Feng Qingfeng’s leadership, where its expertise in lightweight materials and sport cars-engineering will form part of the wider expansion of Geely ‘s automotive portfolio.”

The new CEO, who it seems will be known as Mr. Feng, said he was “honoured to have been appointed to lead this iconic British sports car group.

“With Geely’s global synergies and total support I am confident that Lotus has an exciting opportunity to achieve its full potential as a luxury sports brand, based around its engineering legacy and its future product pipeline.”

Gales leaves a company that’s been saved, stabilised and now set for significant expansion under its new owner. Its 2017 profit was the first time it had ever made money, on the back of a 10 percent sales increase to 1,600 cars. With an SUV in the pipeline, the future seems bright.