Racing stripes have been making cars go faster for near-on seven decades. The go-faster stripe goes back to the Briggs Cunningham C-2R Le Mans car of 1951, with designer Peter Brock credited for the stripes making the transition from the track to the street. Here are 25 of our favourites from Europe and the United States, plus a bonus offering from South Africa. What stripes would you add to the list? 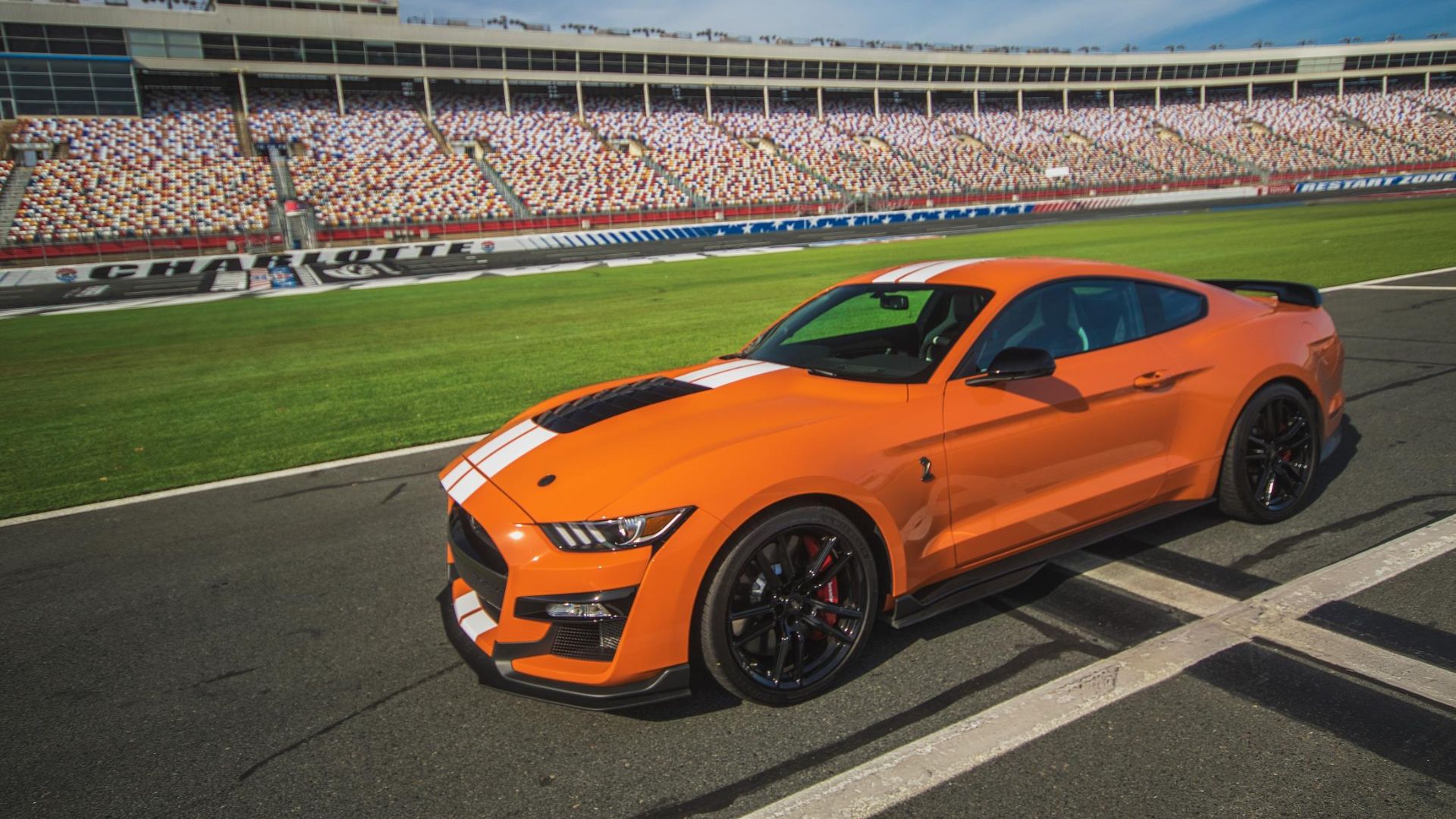 We start with the Ford Mustang GT500. This is probably the most hardcore be-striped car on sale today. With over 760hp from its 5.2-litre supercharged V8 engine. Ford’s affectionate nickname for the unit is ‘Predator’. Consider those stripes well and truly earned… 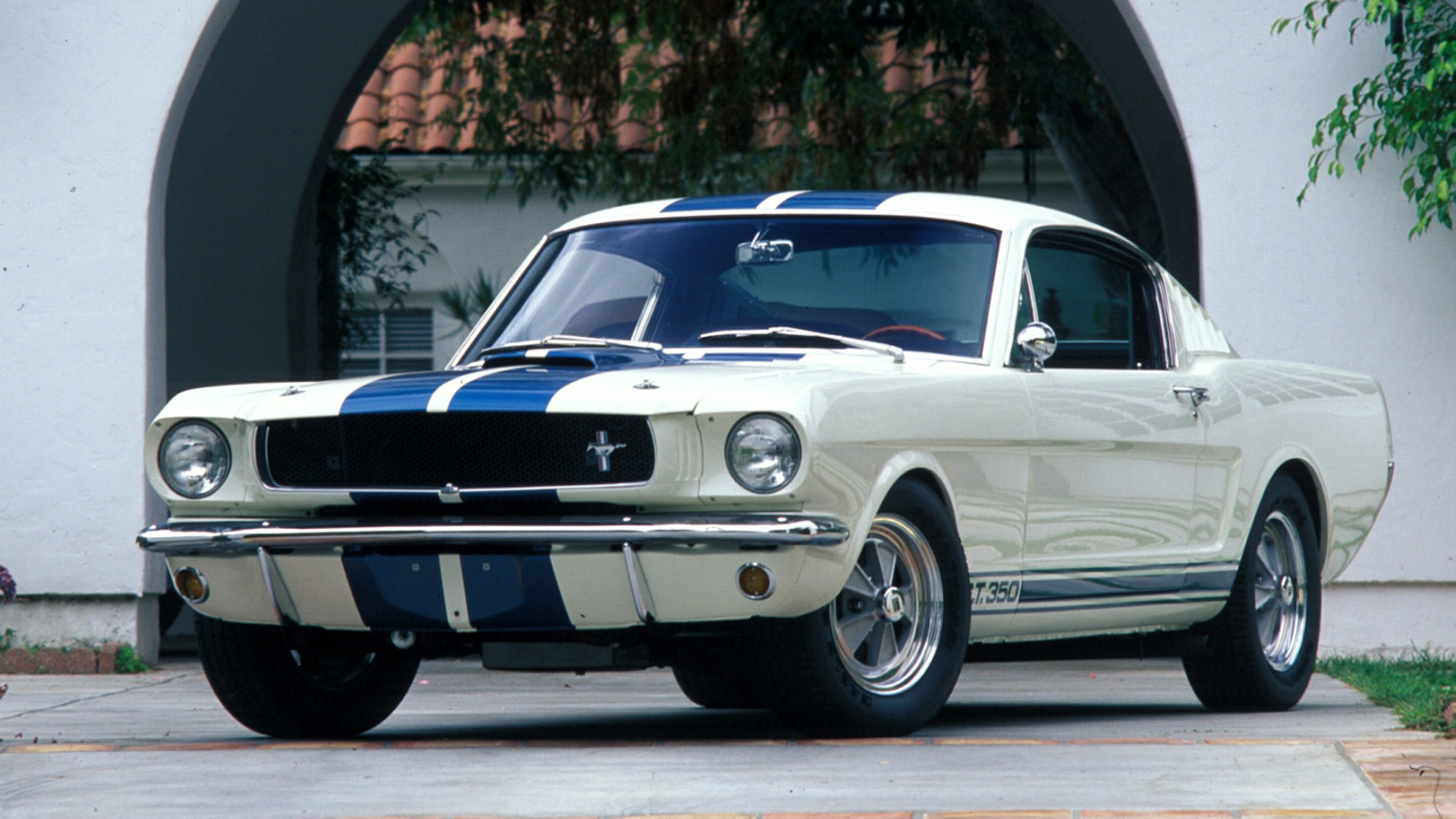 It was a Mustang that first brought racing stripes to the road. Peter Brock was working at Shelby American when he was tasked with creating a competition look for the Shelby Mustang GT350 without the use of badges or bespoke body panels. He kept things simple by using GT40-inspired stripes along the side of the car, plus a pair of 10-inch wide ‘Le Mans stripes’ running from front to back. Many of the Wimbledon White cars were delivered without the stripes, with dealers fearful of run-ins with the cops. 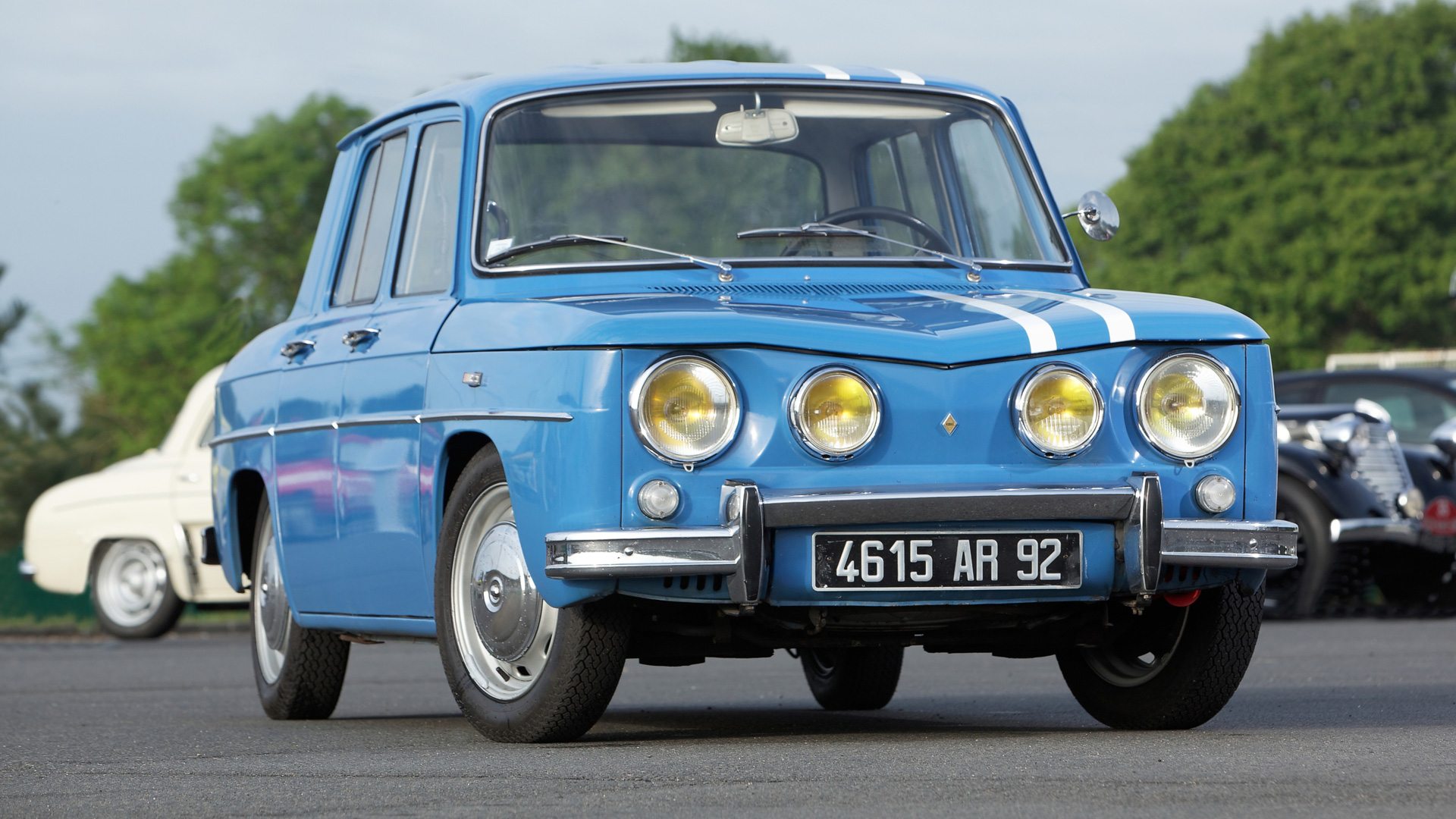 It didn’t take long for the Europeans to buy into the potential of go-faster stripes. Unveiled at the 1964 Paris Motor Show, the Renault 8 Gordini sported a pair of white stripes on its Bleu de France paintwork. Racing stripes were used to equally good effect on the Renault 12 Gordini and future hot Renaults. 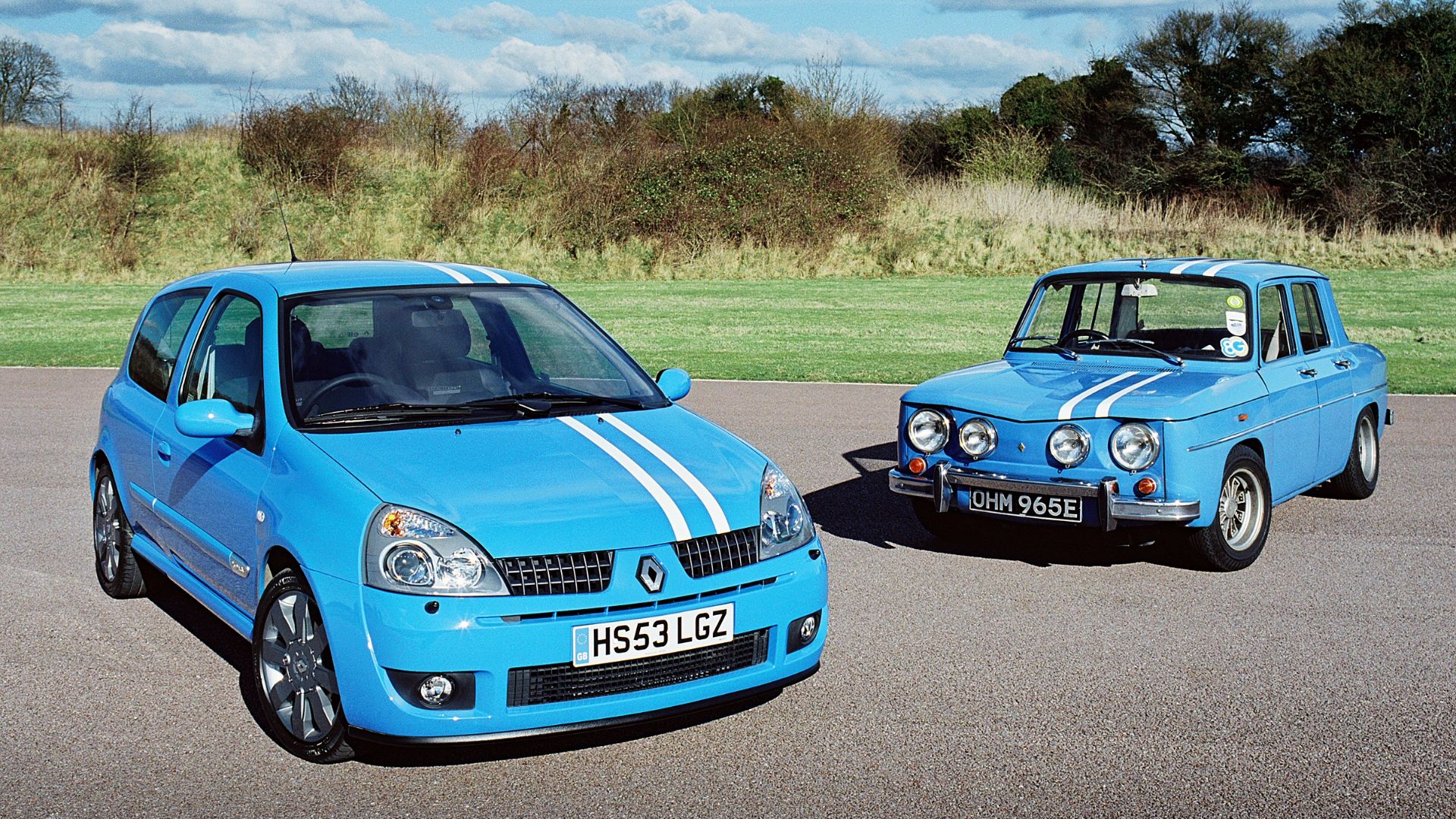 The best of which, arguably, was the ballistic Clio 182 of the early 2000s. With 182hp and weighing just over a tonne, the scrappy little Renault Sport could also be specced in a rather arresting ‘Gordini Blue’. Jeremy Clarkson drank the racing-striped Gordini Blue 182 Kool-Aid on an episode of Top Gear in 2003. 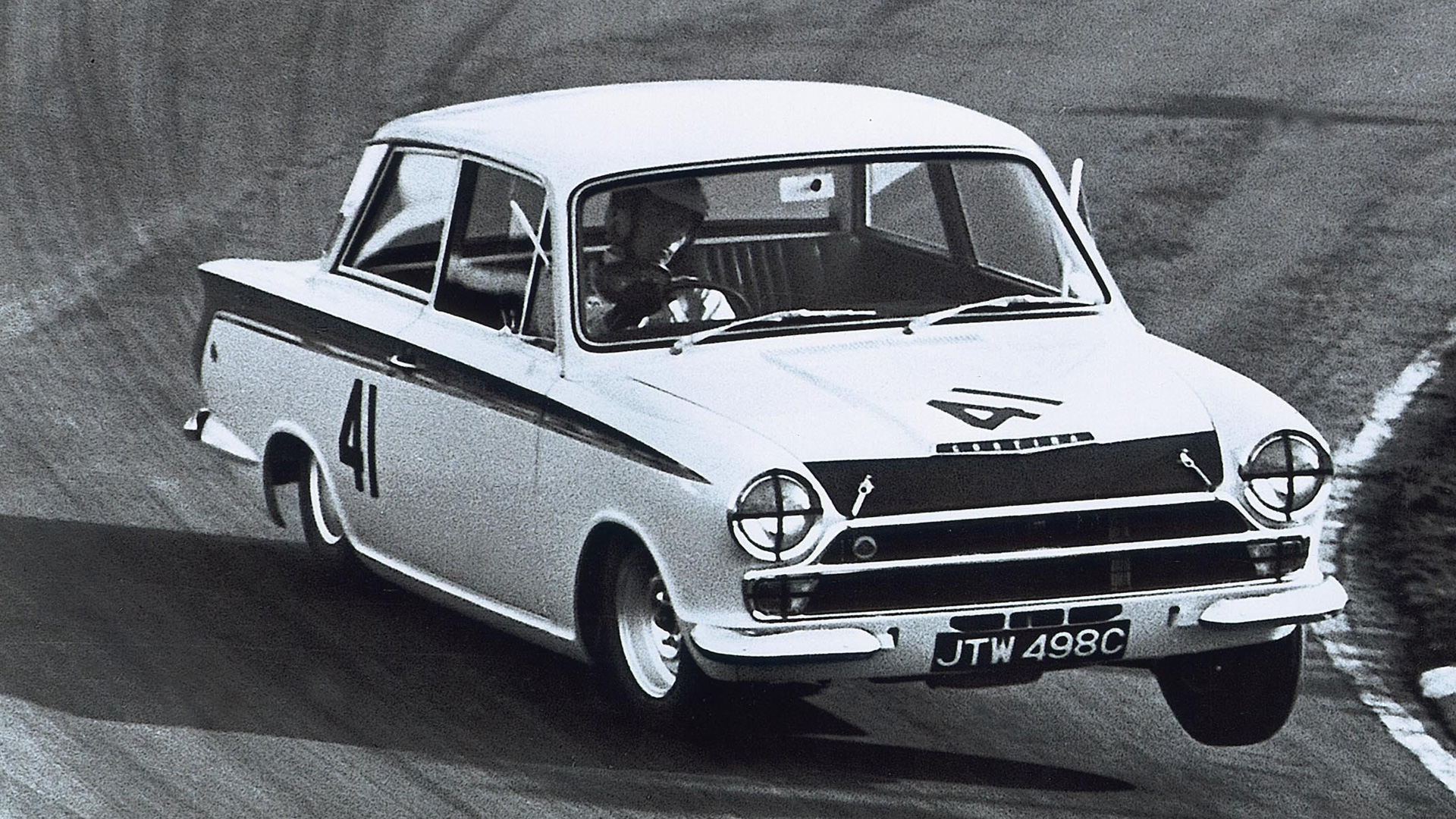 The Ford Lotus Cortina was one of the earliest examples of a Q-car, with Autocar labelling it “inconspicuous and deceptive in its speed and acceleration” and that the “neighbours would hardly be impressed unless they were keenly informed”. The clues are there, though, not least the evocative green stripe extending from the front wing to the back of the car. 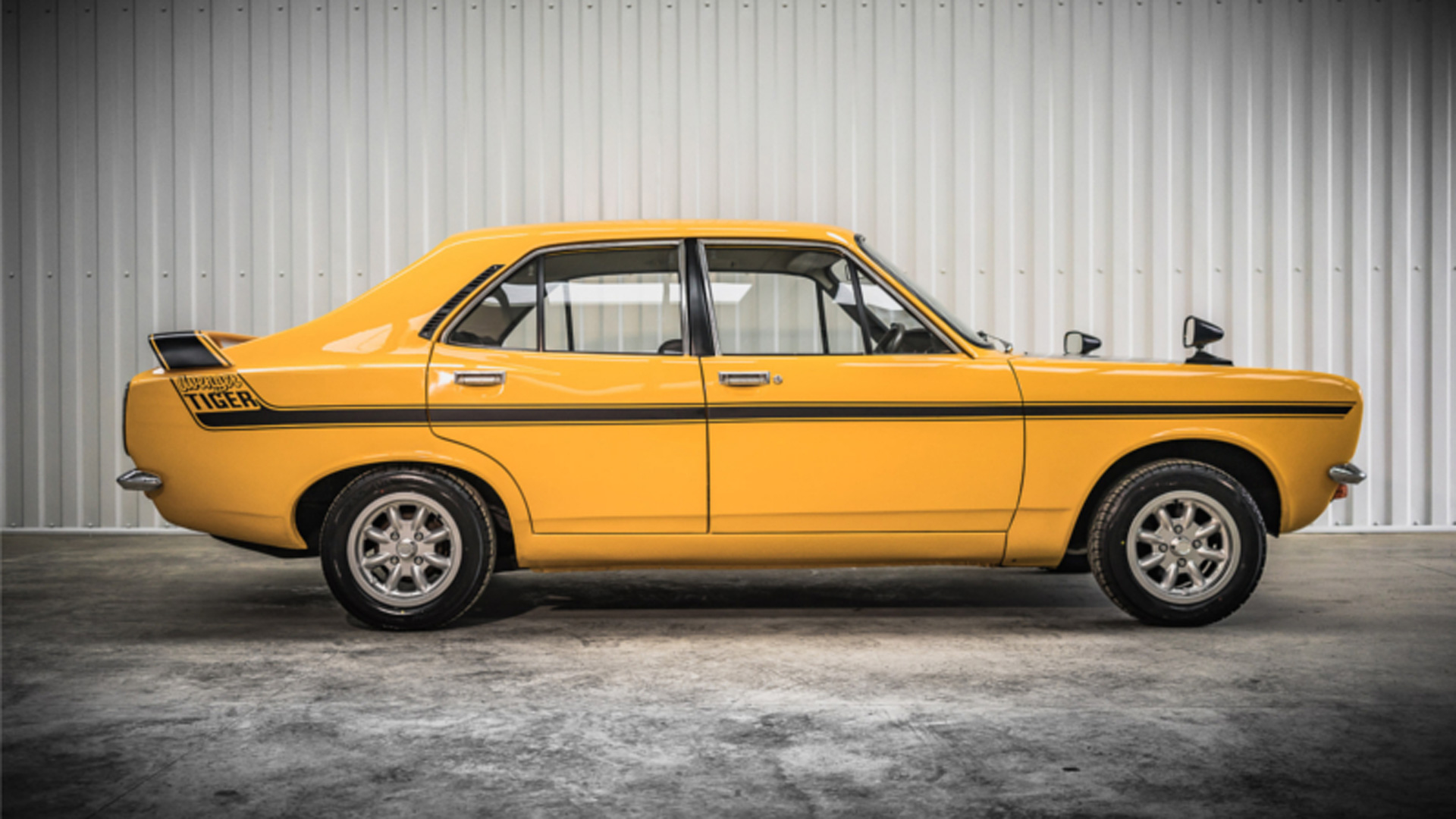 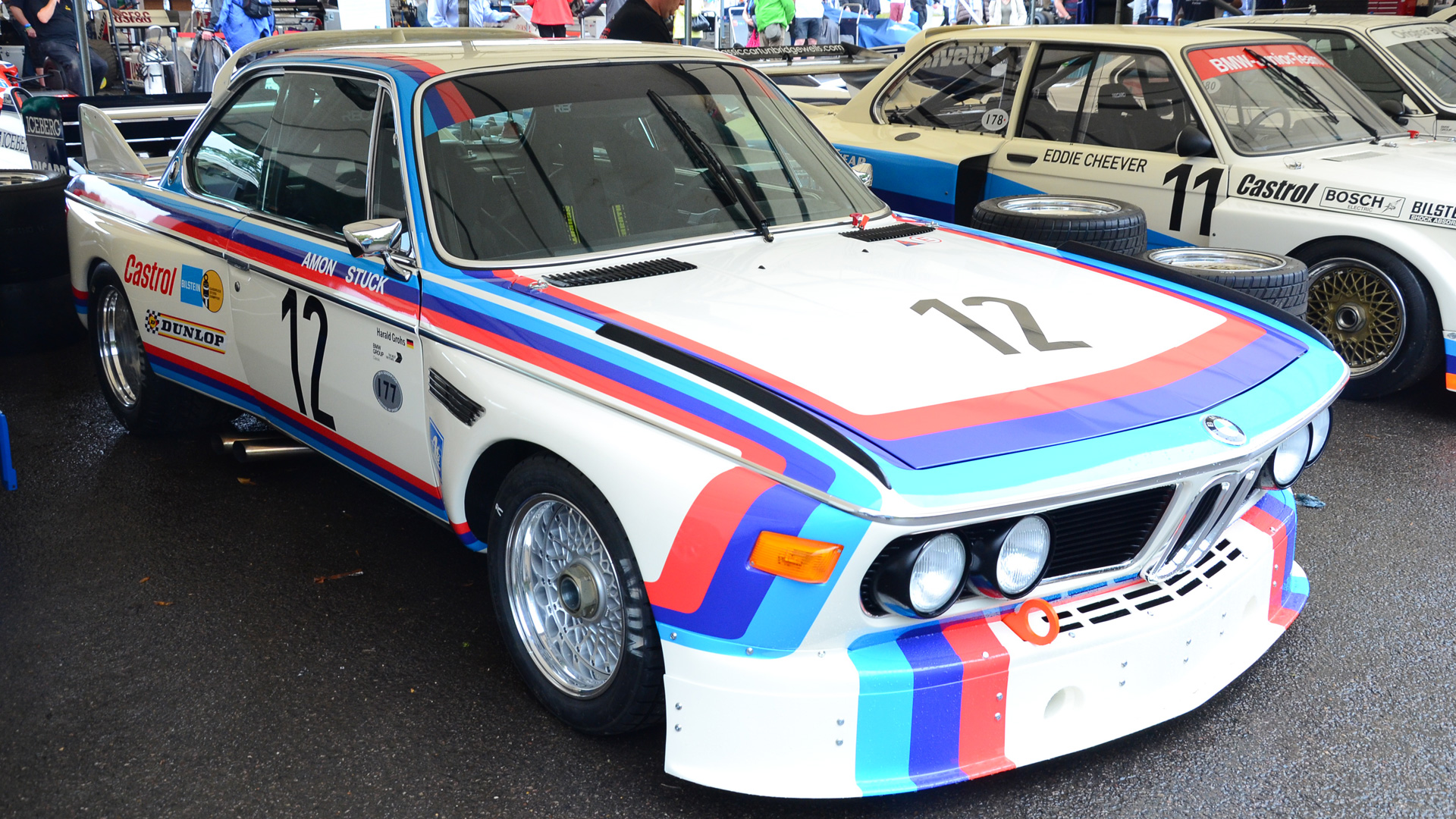 Ford dominated the 1972 European Touring Car Championship, winning 13 out of the 16 races in the season. BMW responded with the upgraded 3.0 CSL of 1973, with absolutely nothing left to chance in the pursuit of giving Ford a bloody nose. The result is one of the most iconic cars of the 1970s and a jaw-dropping paint job. 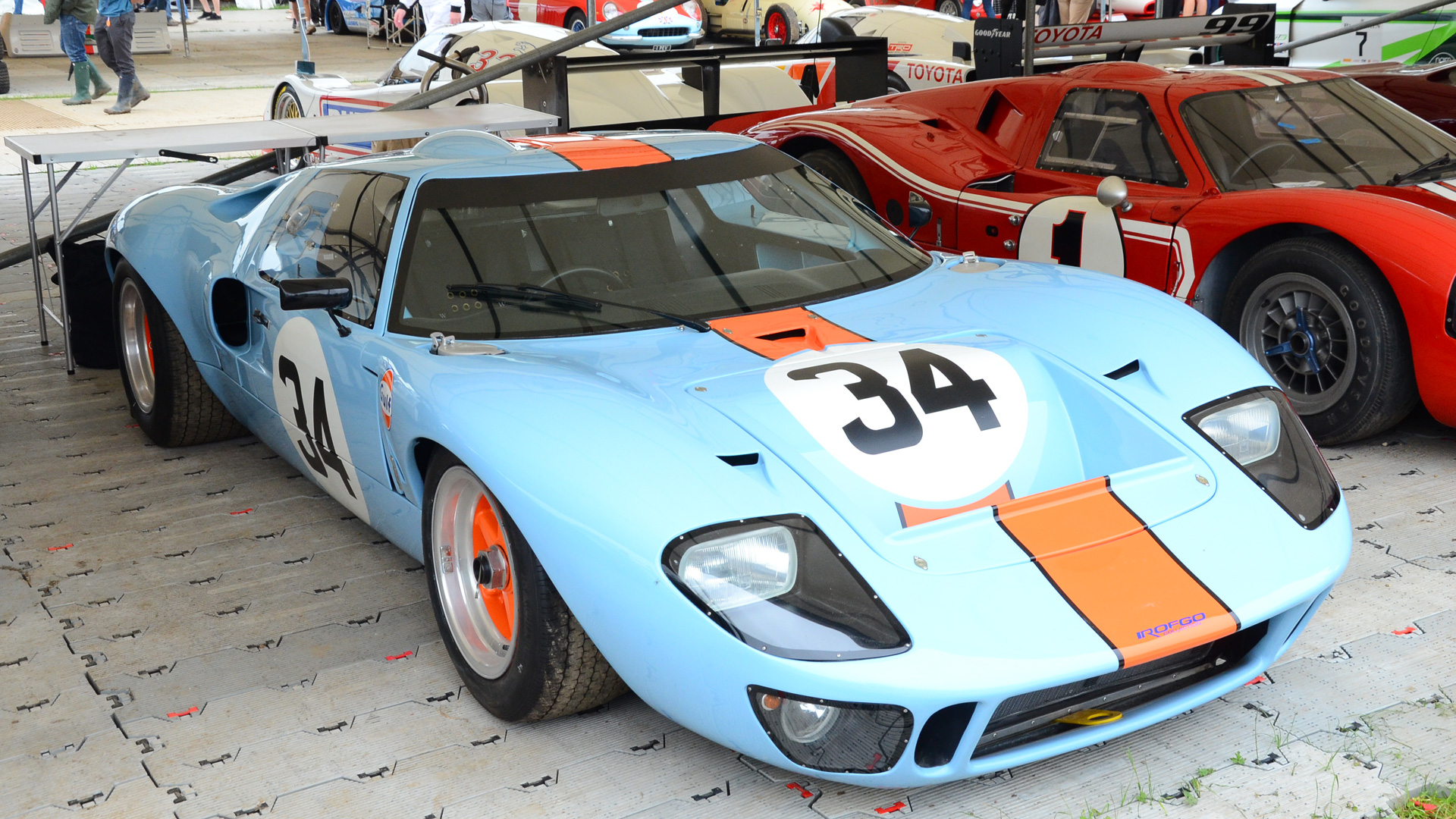 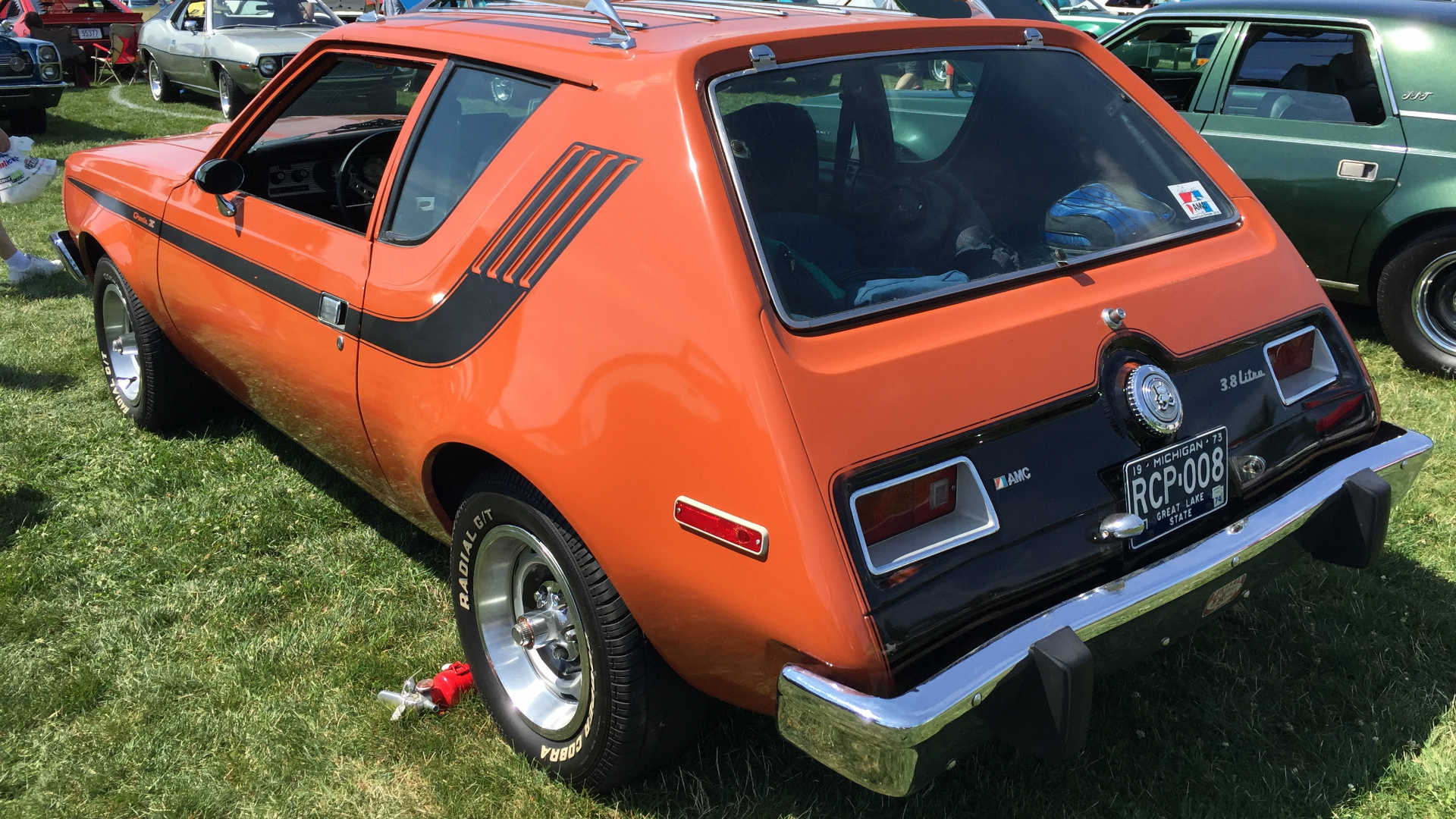 Not many cars were designed on an airline sickness bag, but that’s not the only reason to love the AMC Gremlin. The ‘hockey stick’ go-faster stripe introduced on the Gremlin X in 1974 is a triumph of simplicity and 70s charm. 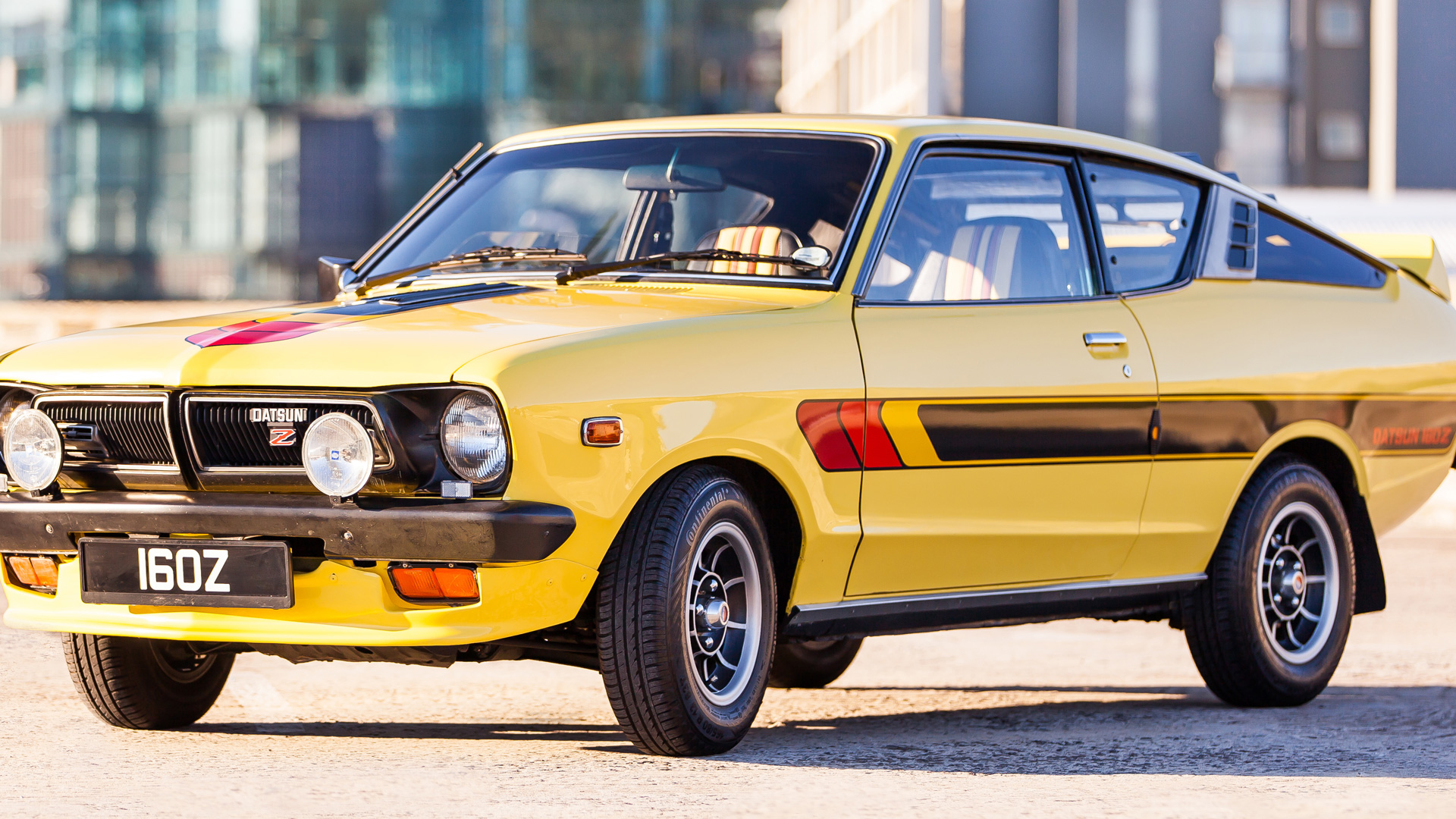 The Datsun 160Z was designed and built at Datsun’s plant in Pretoria and featured a yellow paint job and decals inspired by the 280Z Zap Edition. 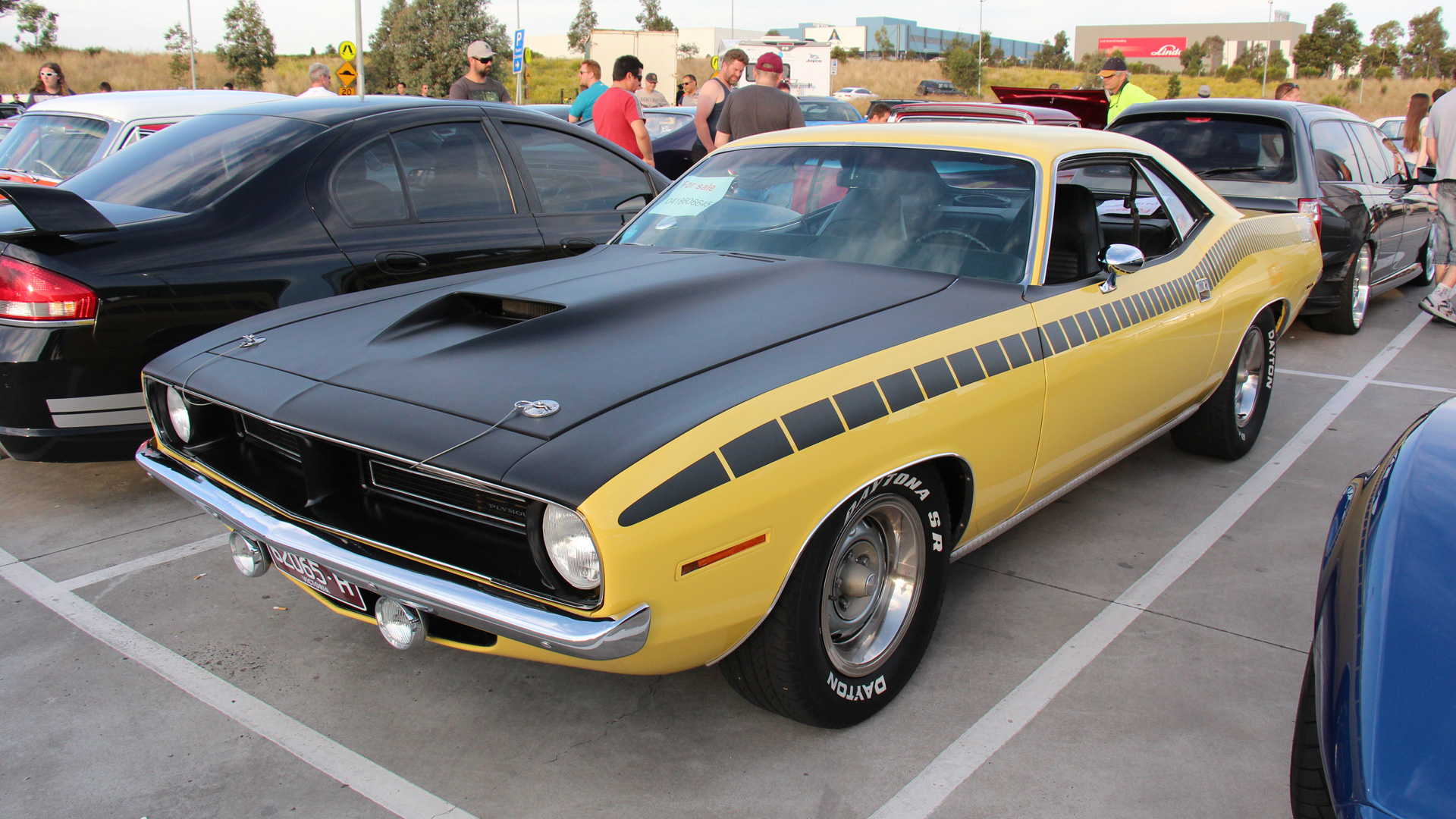 The ‘strobe’ stripes were unique to the AAR Cuda, but as Paul Zazarine points out in his book Barracuda and Challenger, they created problems for Plymouth designer Milt Antonick. “We asked ourselves, how in the world we were going to figure this out for 3M? One of the guys in design was a genius in math, and he calculated a four percent increase in block size from segment to segment.” 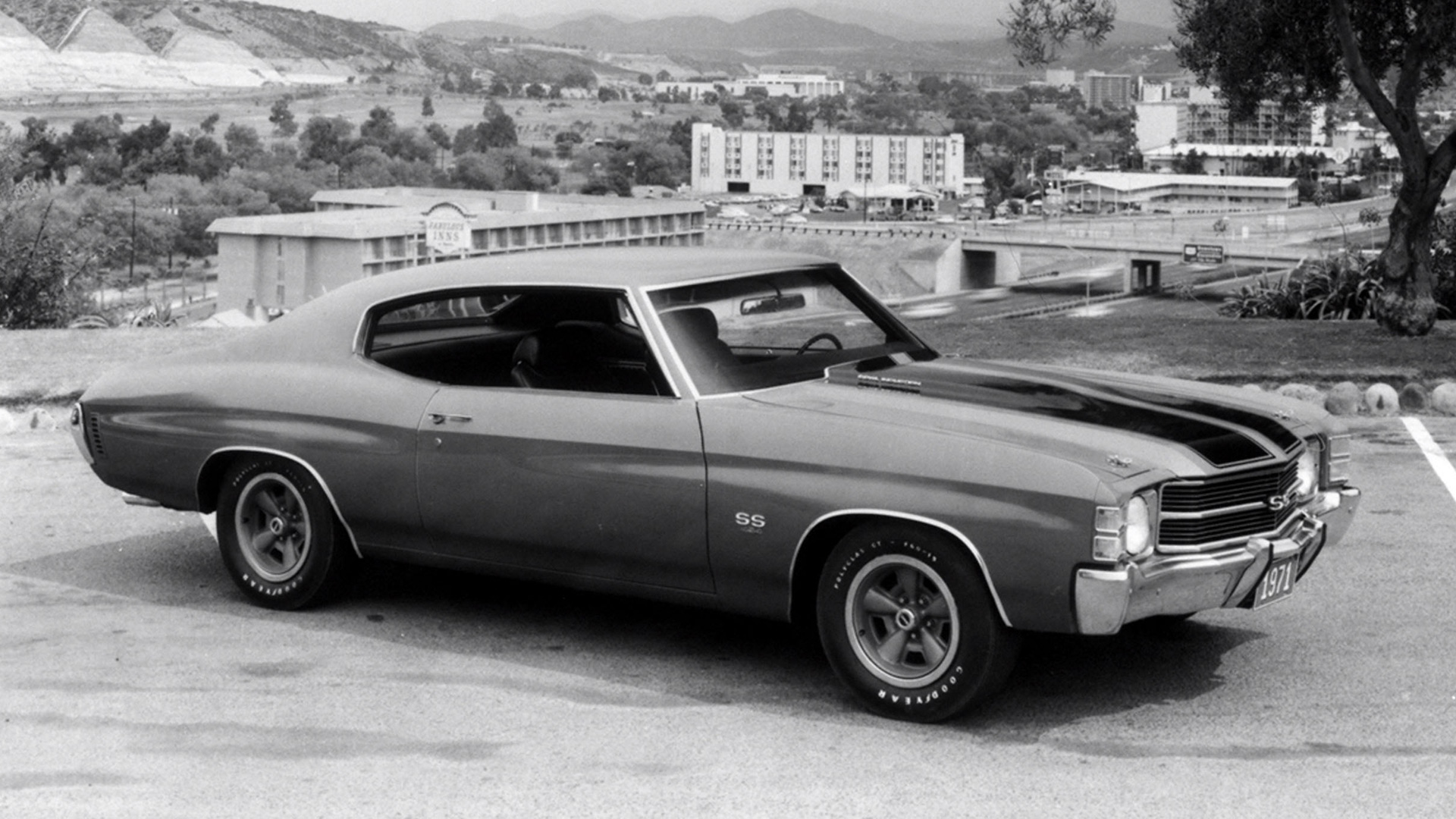 In the case of the Chevrolet Chevelle SS, less is most definitely more. Even though the SS lost some of its lustre in later life, the optional bonnet stripes hinted at more power. And that’s the point of go-faster stripes. 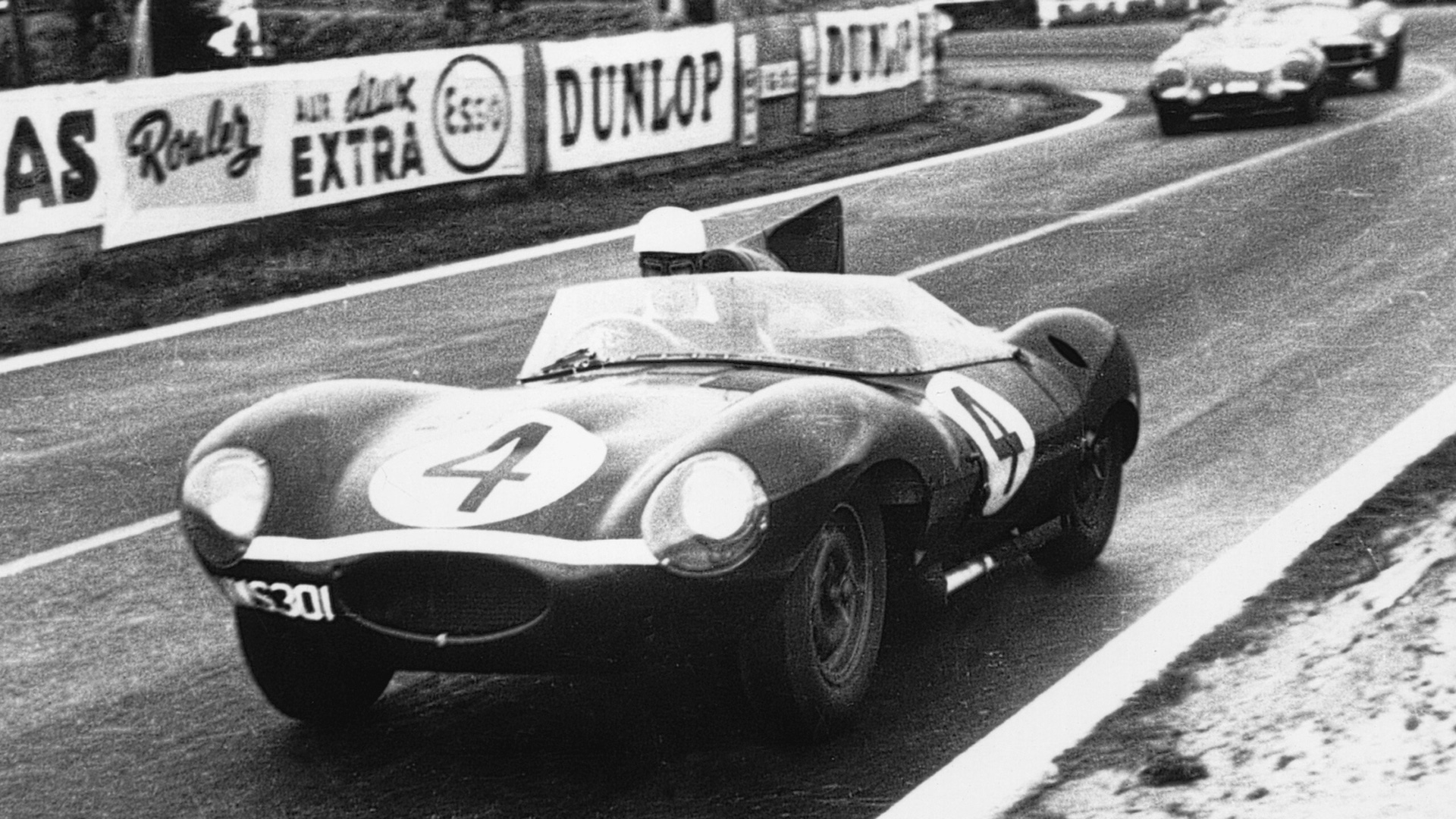 Although, in the case of the Ecurie Ecosse Jaguar D-Type, stripes can also serve a purpose. The cars featured lateral nose stripes – arranged in lance-corporal, corporal and sergeant military style – to make it easier for the pit crew to tell them apart. 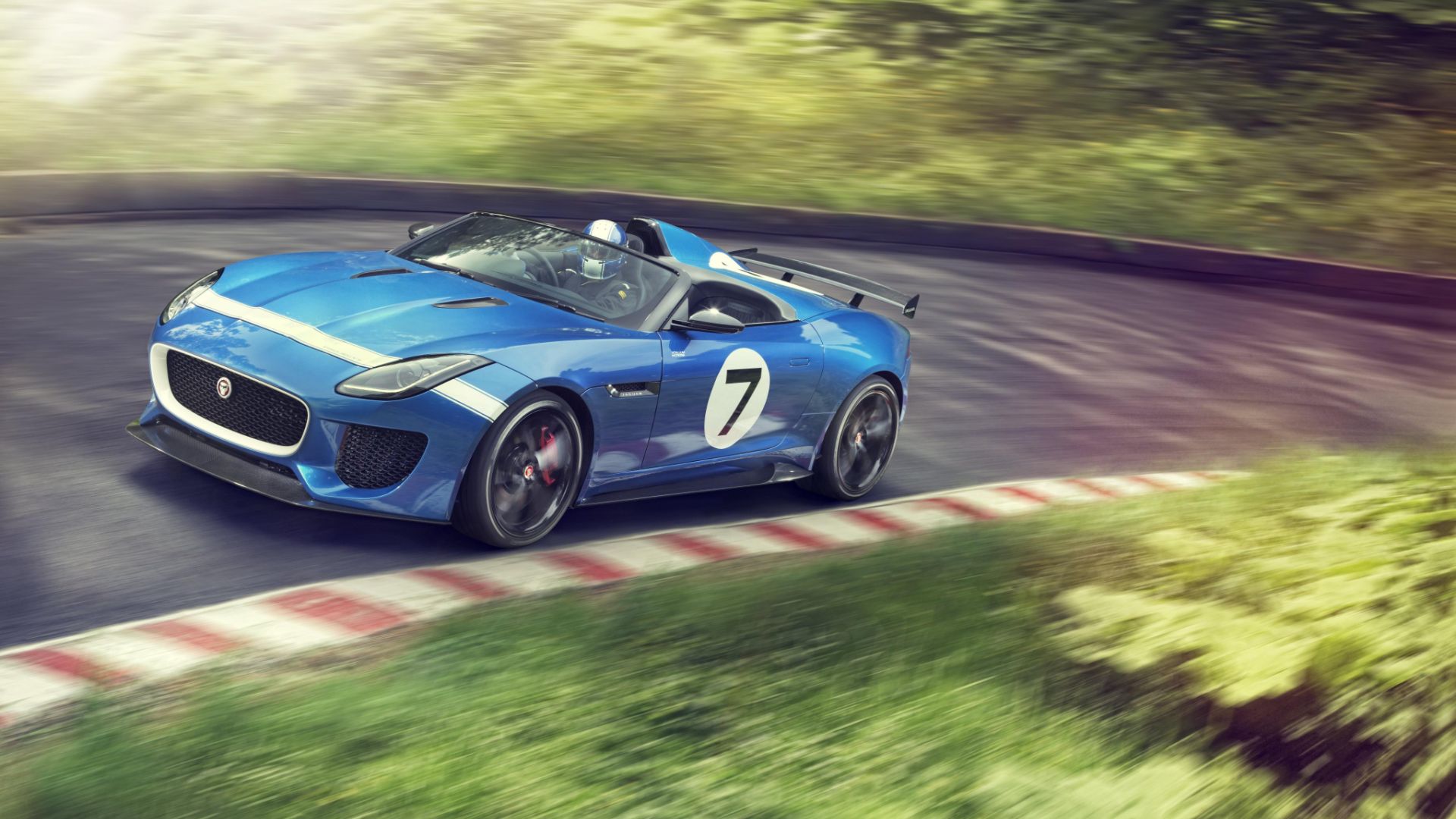 Jaguar paid homage to its priceless classic racer with a hardcore speedster variant of its F-Type sports GT. Like the D-Type, it featured a signature ‘hump’, though it’s unclear as to whether this is of any aerodynamic benefit like it was on the D. Unlike the D-Type, it utilises a roaring 5.0-litre supercharged V8, which is good for near-on 600hp. 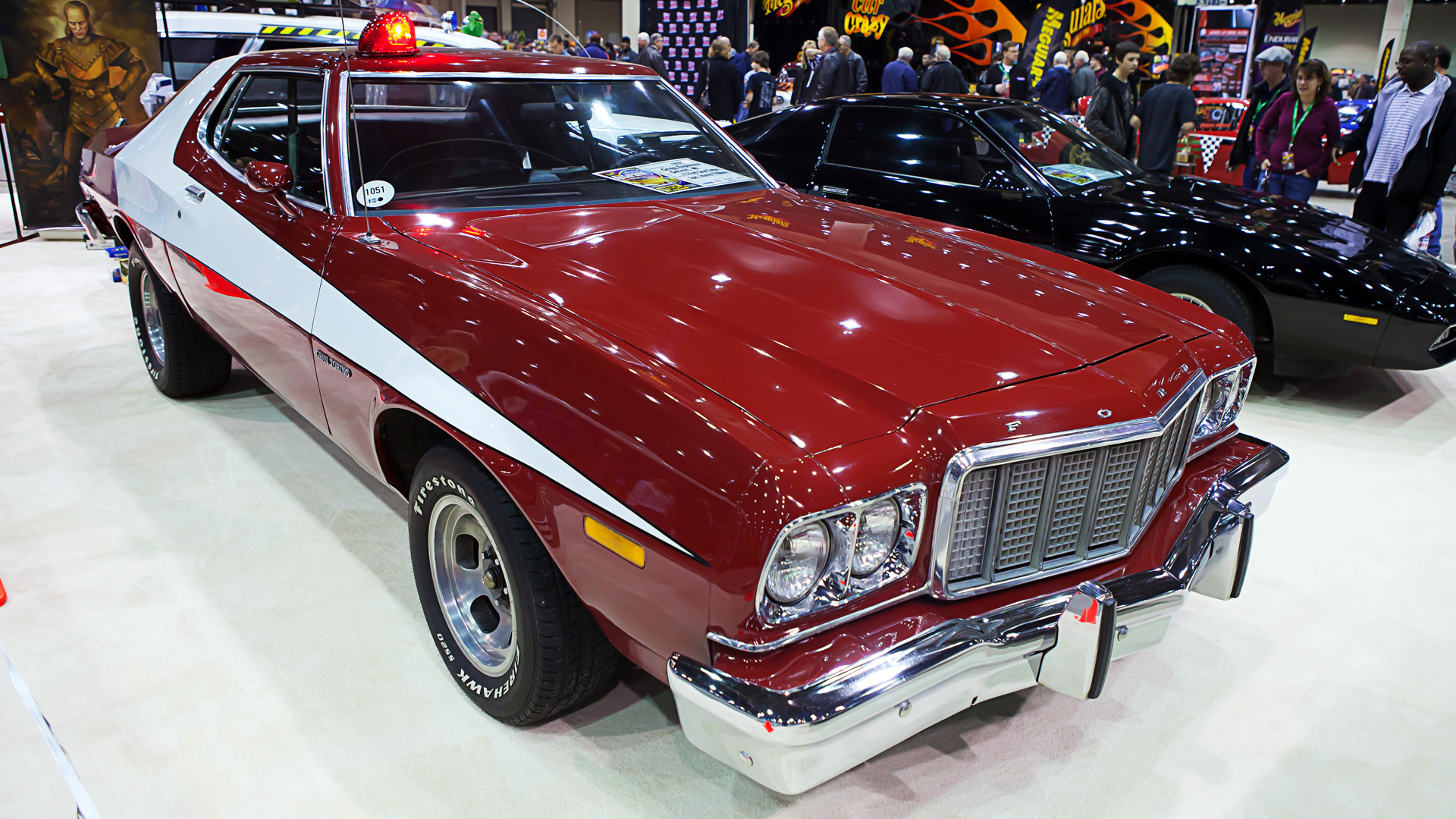 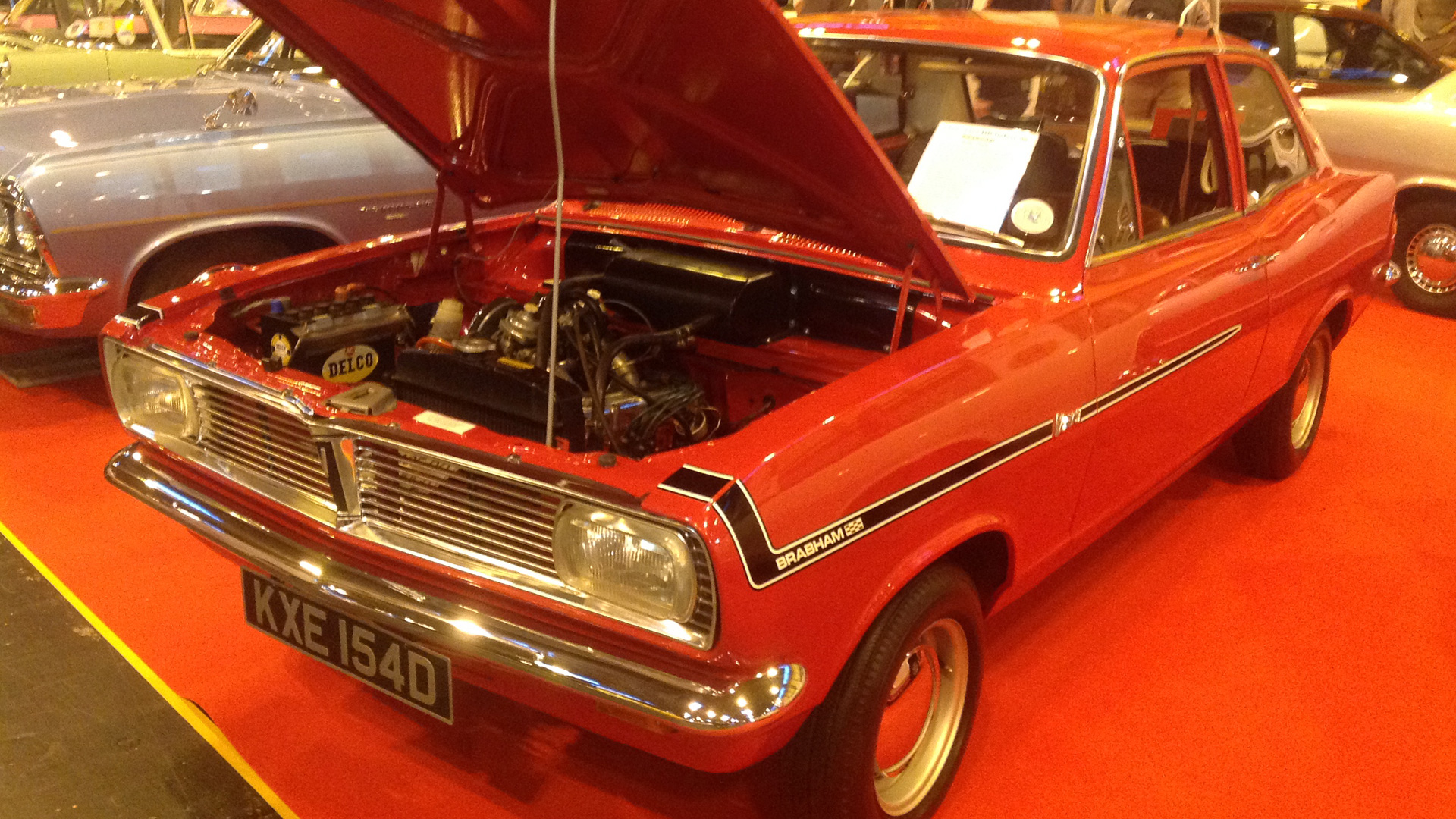 In truth, the Brabham version of the Vauxhall Viva didn’t quite live up to its illustrious name, but it did feature some nice stripes. It was almost like a reverse of the Lotus Cortina, with the stripes running forward from the middle of the door and across the front edge of the bonnet. 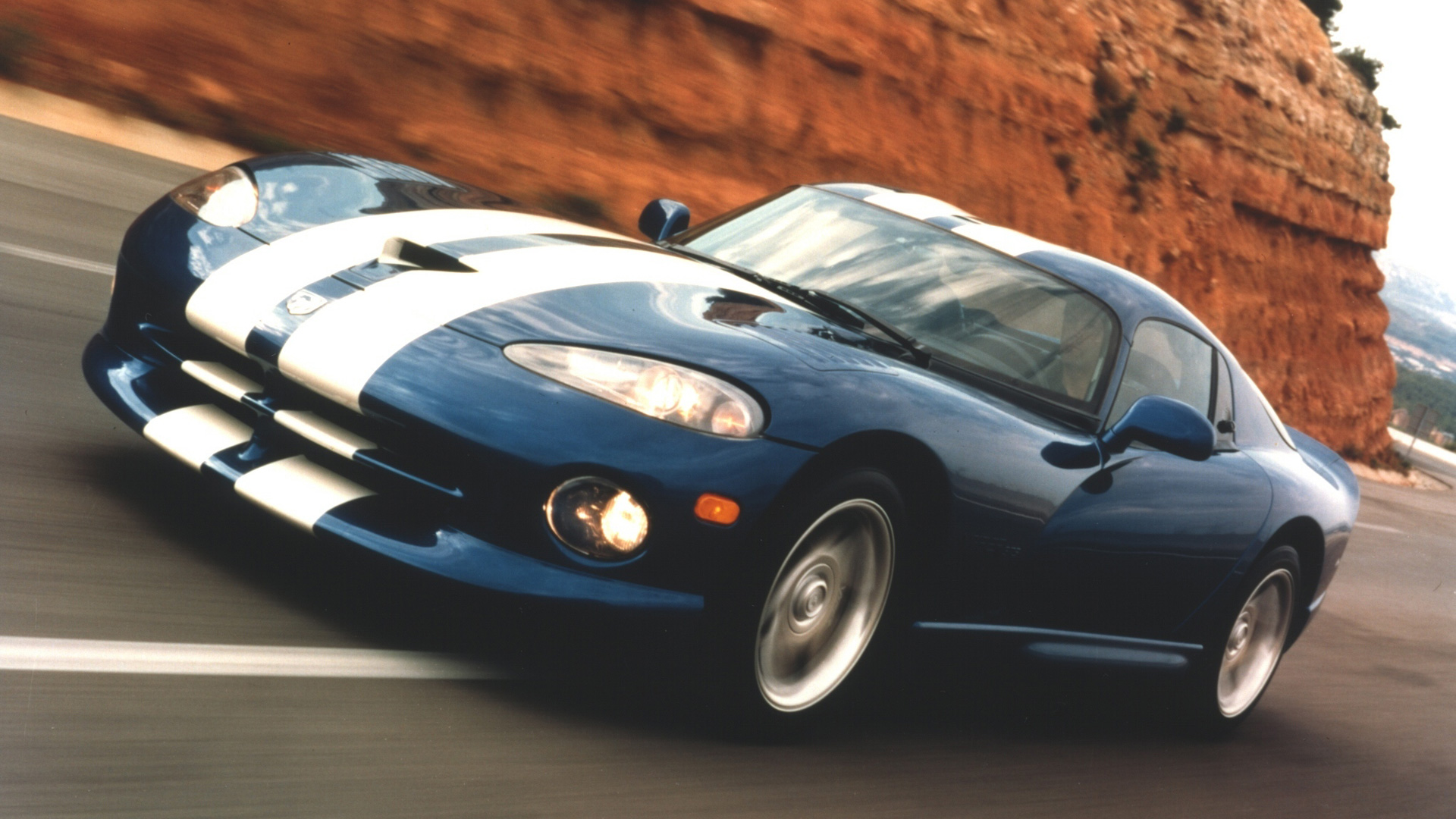 The Viper introduced a whole new generation to the joy of stripes, which is why it secures a place in this gallery. Don’t agree? Don’t write in, it’s just for fun. 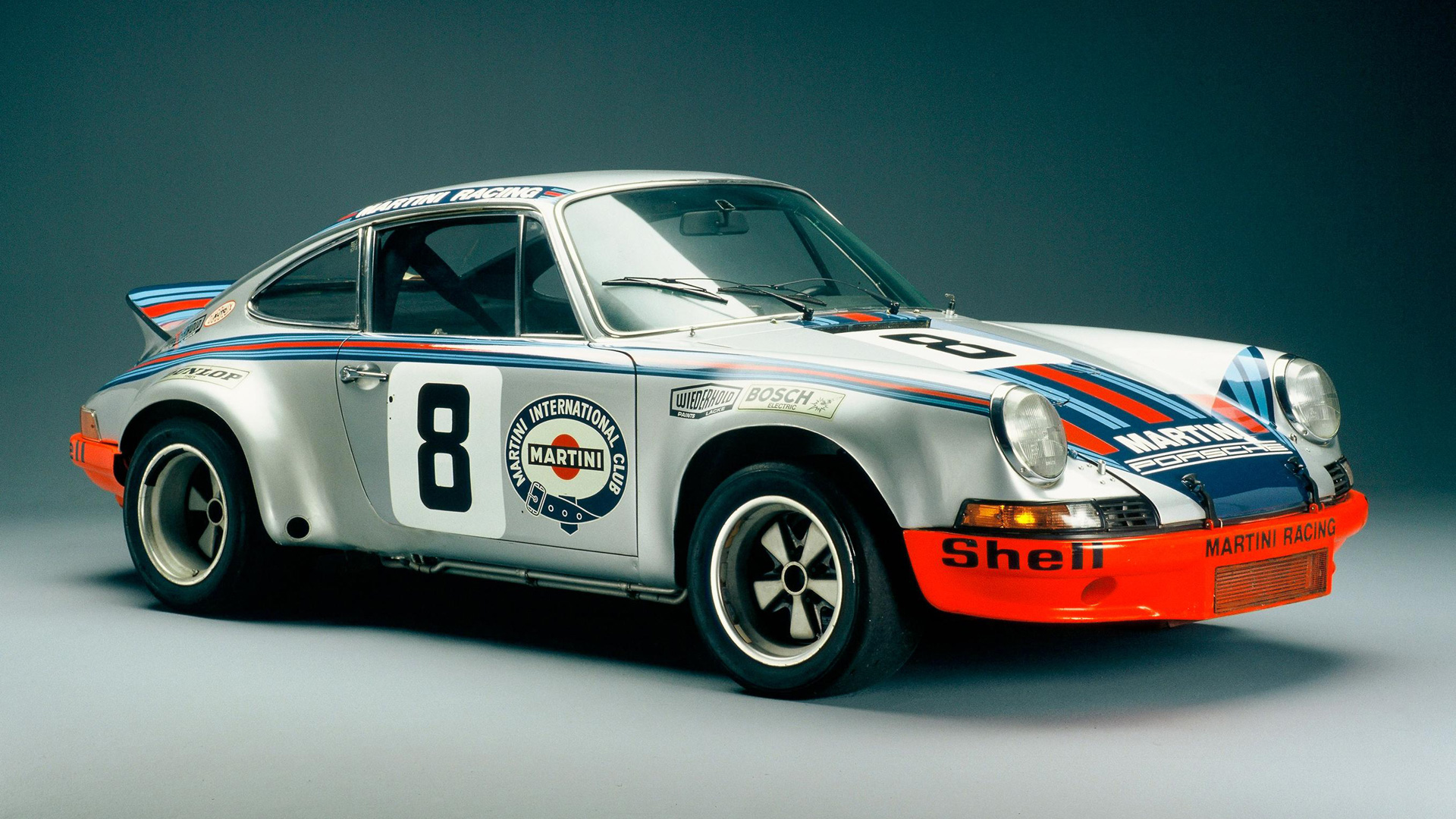 In common with Gulf Racing, the Martini Racing Porsche 911 RSR is a prime example of sponsorship and stripes working in perfect harmony. Feel free to save this image to use as your smartphone background. 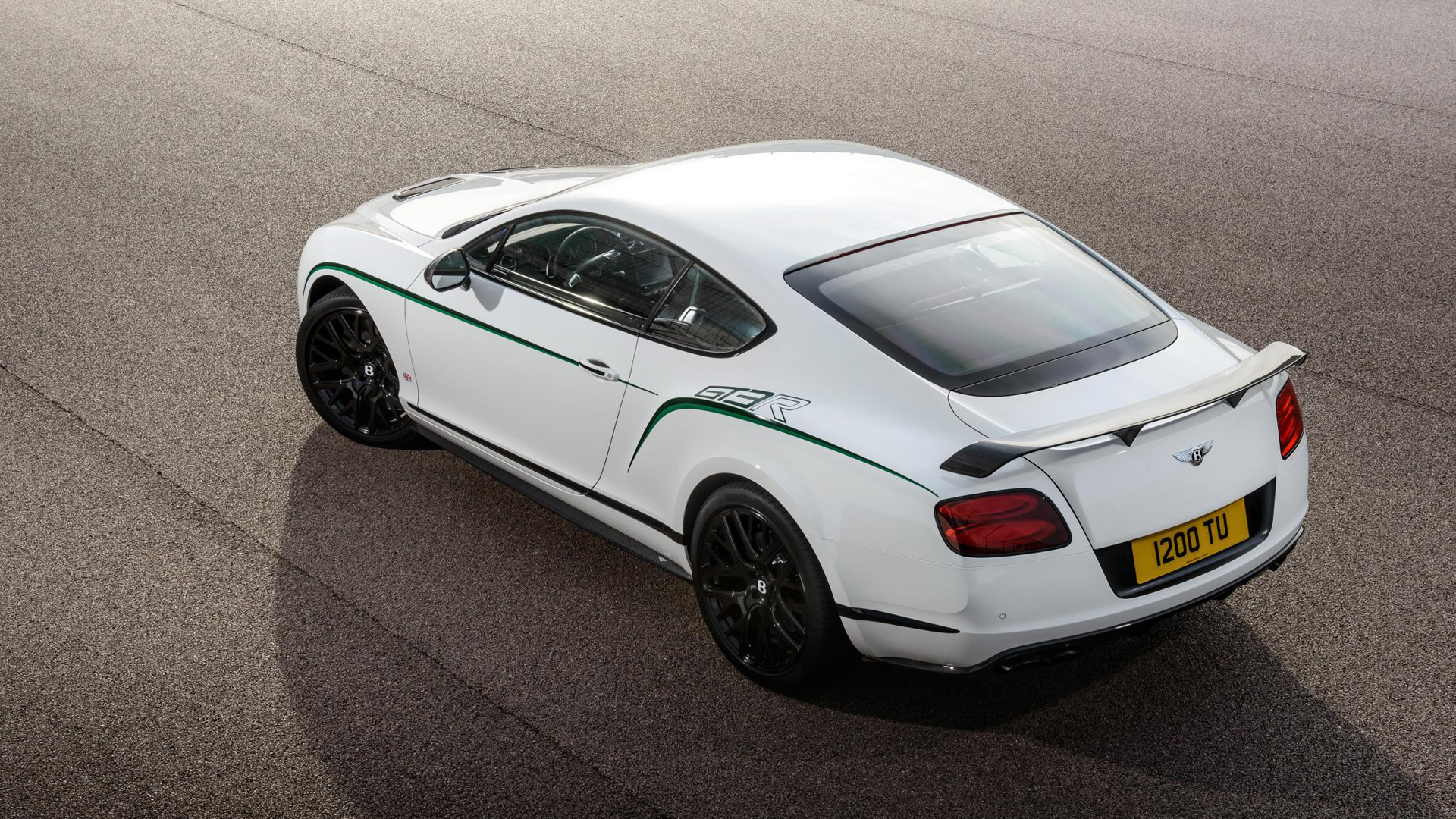 Bentley is celebrating its 100th anniversary, so we felt obliged to include one of its go-faster models. We’re sure Woolf Barnato would approve. 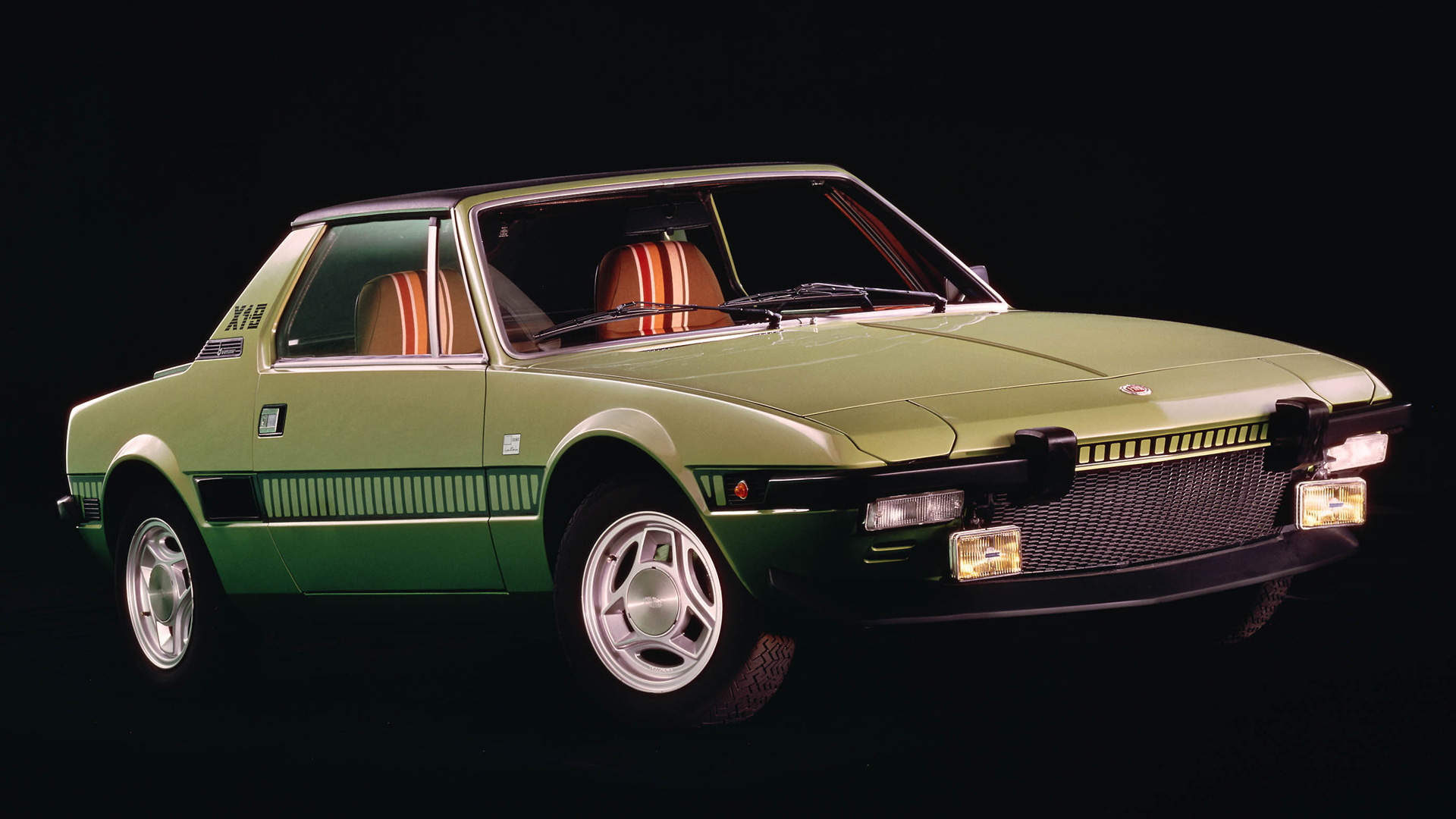 In 1977, Autocar said the ‘ladder’ go-faster stripes were “rather gaudy”, but we beg to differ. Note the way they link the front of the car with the cooling vents and beyond them to the rear. The more you look at the Bertone masterpiece, the better it gets. Heck, even the seats feature go-faster stripes. 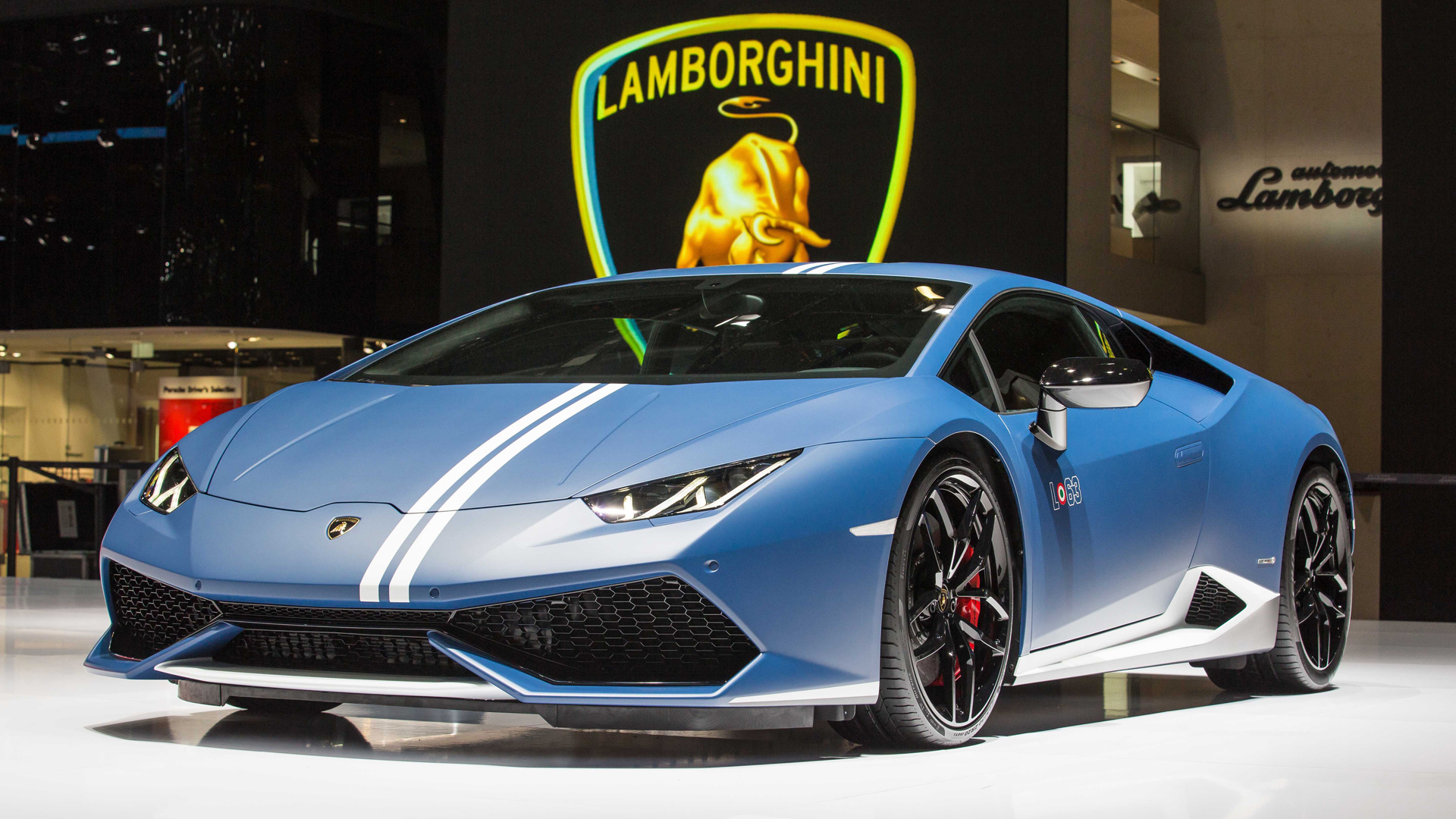 Designed to pay tribute to the world of aviation and aeronautics, the Lamborghini Huracan Avio featured a double stripe – in white or grey – running along the roof and down the bonnet. Because even 610hp supercars need go-faster stripes. 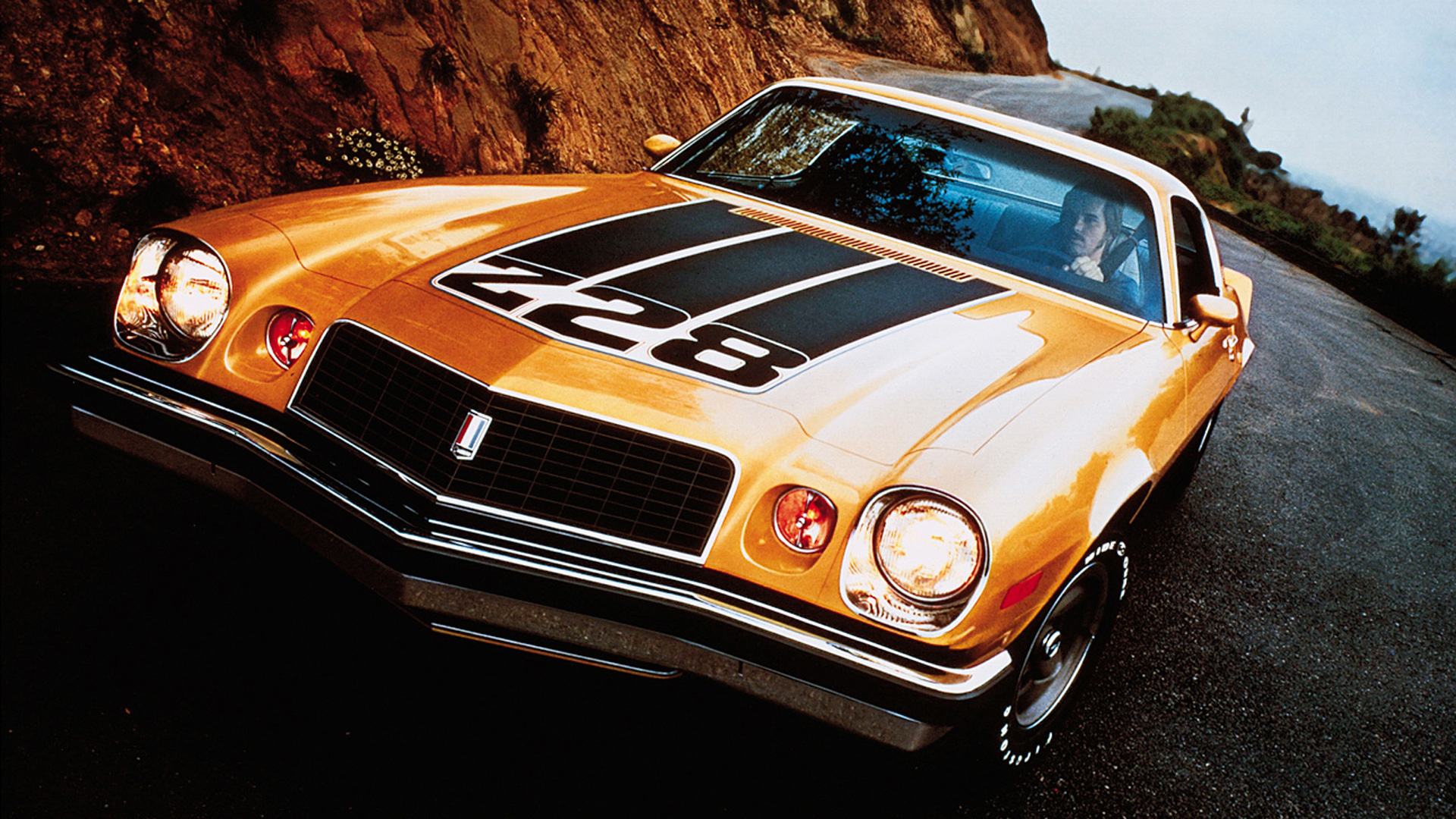 There would be riots on the streets if we didn’t include a Chevrolet Camaro, so have some of this triple-striped Z28 goodness. You can almost smell the aftershave. 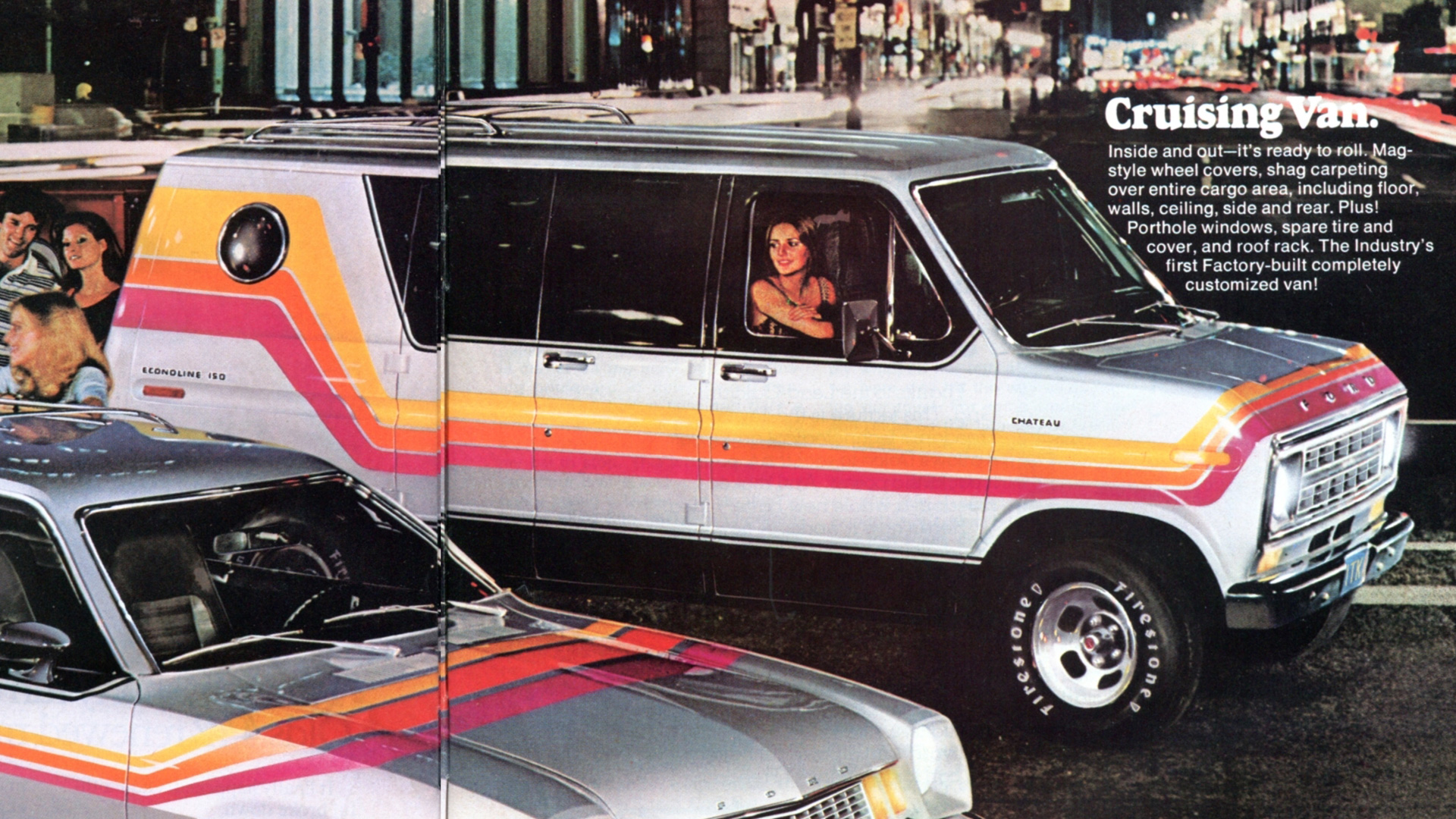 B.A. Baracus might not agree, but we reckon this is the best example of a van sporting a set of go-faster stripes. “Inside and out – it’s ready to roll.” 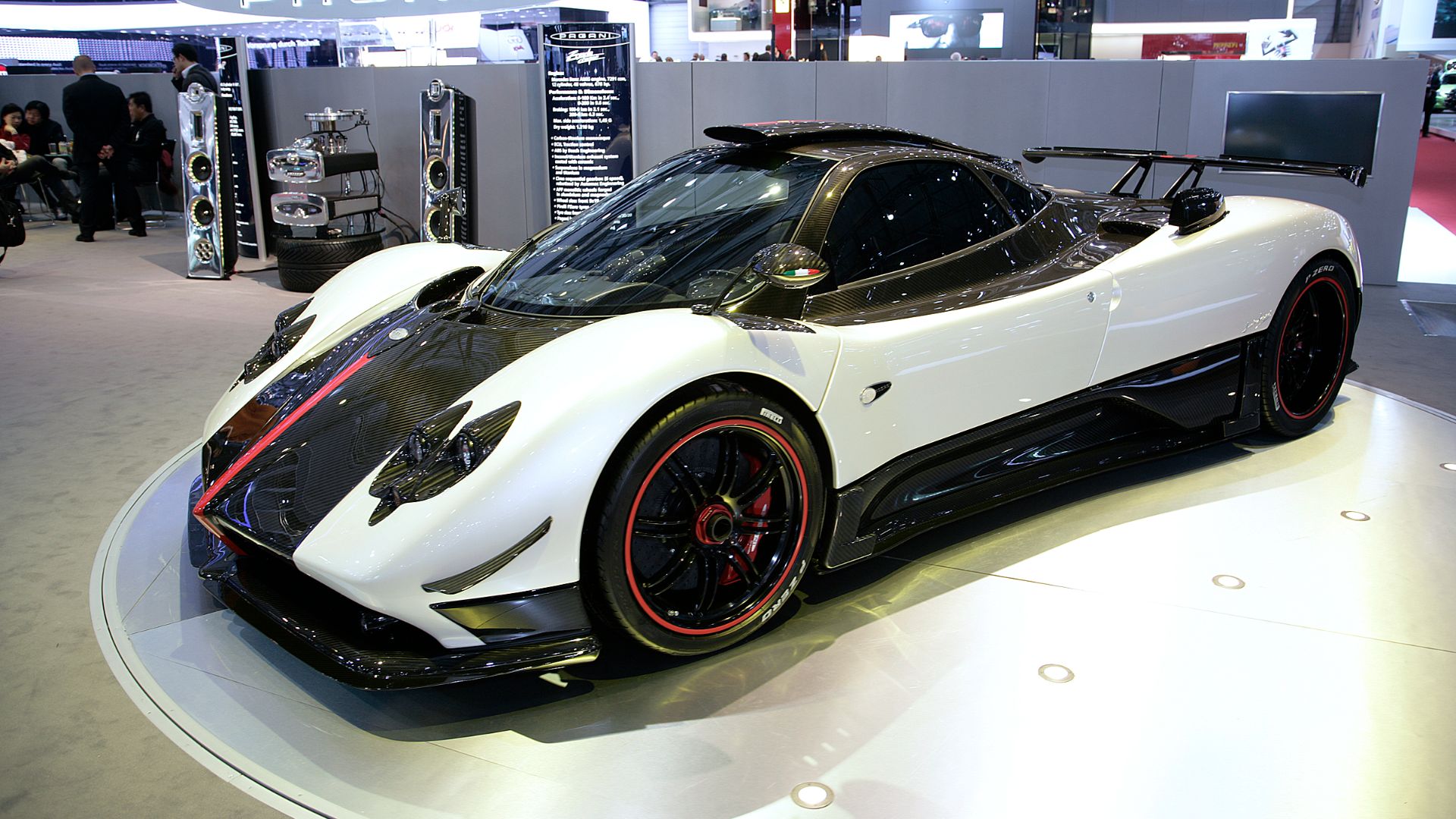 The Pagani Zonda – any Pagani Zonda – was never in need of any extra clues for passersby as to its performance potential. Nevertheless, the five-off limited ‘Cinque’ of 2009 wore a big red stripe down its centre, splitting the exposed carbon fibre. Is it elegant? No. Is it subtle? Most certainly not. And that doesn’t matter one bit. 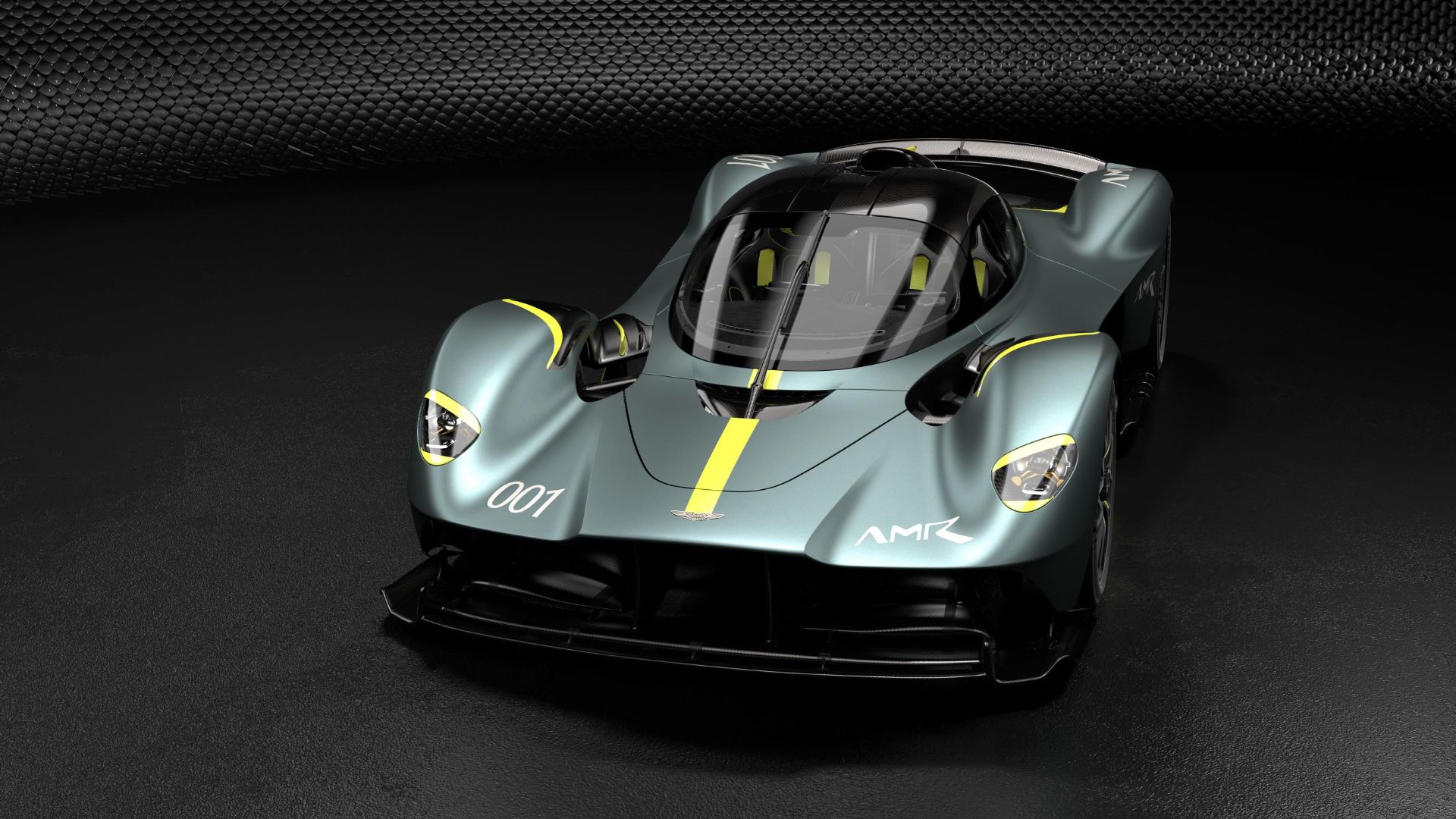 One car that’s going to need its stripes, given it’s going racing in September in the WEC, is the Aston Martin Valkyrie. Wait, of course it doesn’t need them. It’s got a 11,000rpm V12 and over 1,000hp. Still, for the moment, it’s probably the coolest be-striped car of the decade, and will likely remain so.