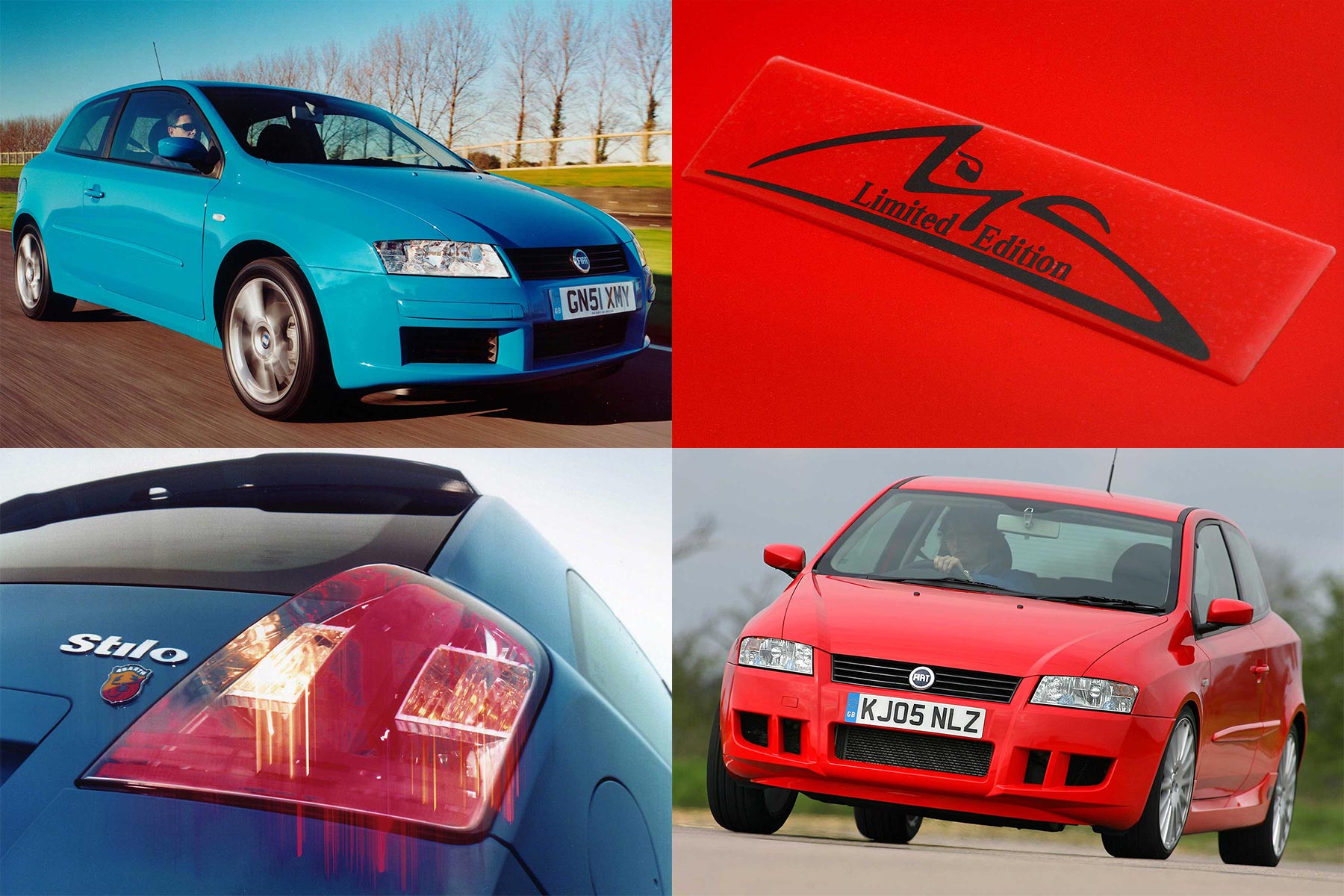 A couple of years back, a finance brokerage by the name of Sanford C. Bernstein published a list of Europe’s 10 biggest loss-making cars.

The cars were all made between 1997 and 2013, their calculations producing a fascinating list of losers. Top of the pile was the tiny Smart ForTwo, which at that point appeared to have lost Daimler, its makers, £3.35bn euros.

In the number two slot was the Fiat Stilo, produced from 2001-09 and a car that burned 2.1bn euros-worth of its maker’s money. 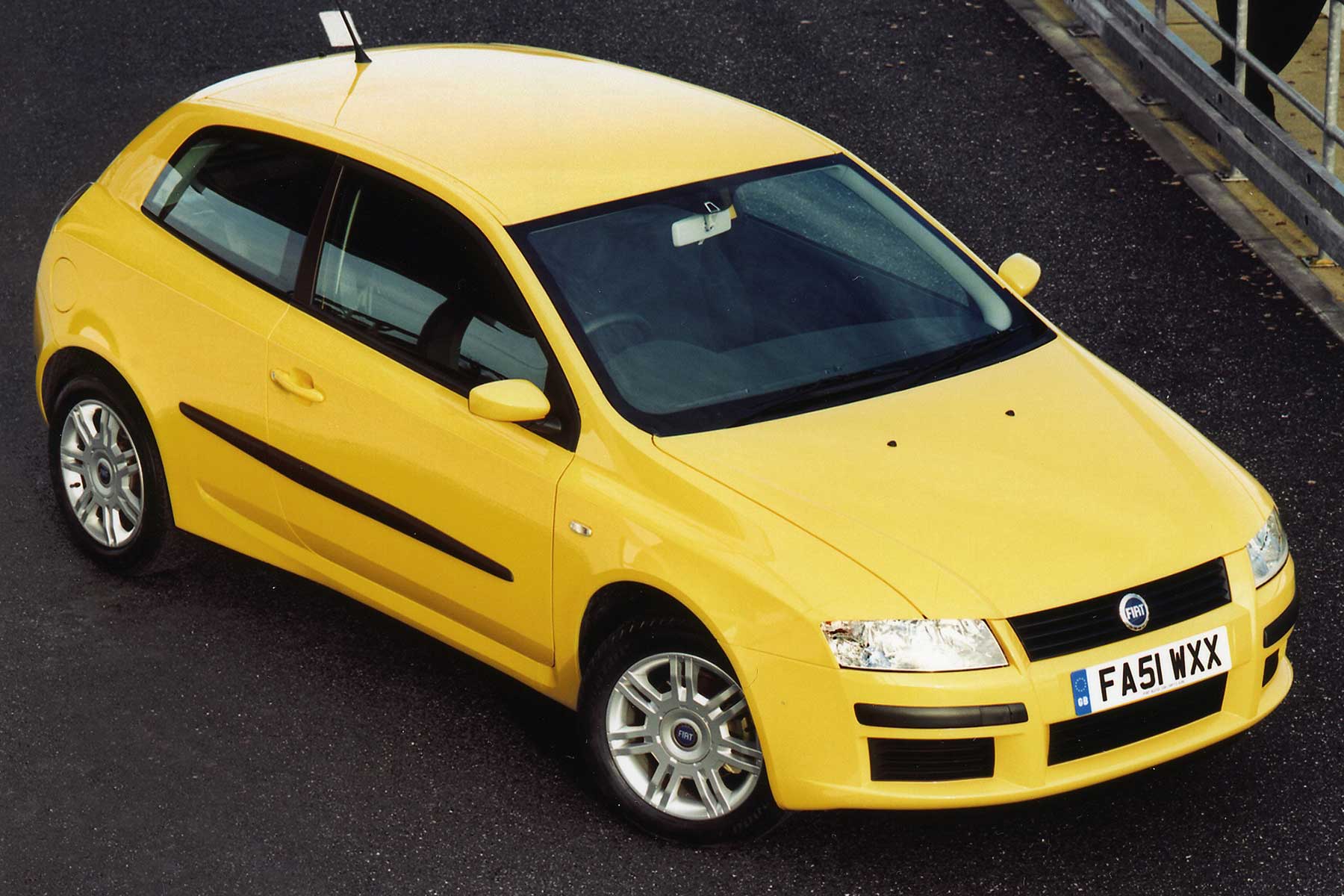 The rest of this fine array of automotive hardware will be reserved for subsequent Great Motoring Disaster stories. For now we’ll linger over the sorry device that was the Stilo. In fact, it was three cars, the three-door decidedly more stylish than the deliberately dull five door – we’ll come to the dullness later – these two later joined by the Stilo Multiwagon estate.

Though a troubled car, the Stilo was the descendent of an impressive if disappointingly rust-prone machine born 32 years earlier. The 1969 Fiat 128 may not look very exciting today, its three-box silhouette simple enough that it could have been drawn by a child, but this was a modestly radical car back in 1969.

It was front-wheel drive, its engine transversely mounted as in the Mini that part-inspired it. But unlike the Mini, its gearbox did not sit under the engine to share its oil, but was positioned at the end of it, a layout that would be followed by almost every front-drive hatchback that has come since.

In fact, the 128 wasn’t the first car to use this layout, Fiat first trying the mechanicals on the Autobianchi Primula, Autobianchi selling mostly in Italy and France. The thinking was that if there were reliability troubles, they wouldn’t damage the Fiat brand, which sold cars in vast numbers.

Anyway, the Primula functioned without trouble, clearing the way for the 128, whose crisply revvy engines, tidy handling and generally enthusiastic personality won it a huge following, despite its neatly detailed but decidedly ordinary shape. Fiat won the 1970 European Car of the Year award for its troubles too.

Why is all this relevant to the Stilo? Because Fiat’s first 21st century small front drive family car was by then the fourth model aiming to emulate the 128’s success, the Strada, Tipo and Bravo/Brava having not quite managed it. And that had a bearing on the way the Stilo turned out.

So did the Bravo and Brava, which had plenty going for them when they debuted in 1995. The three-door Bravo and five-door Brava benefited from quite significant styling differences, the Bravo memorable for its large rear lamp clusters – pioneering then, if commonplace today – and its neatly pretty styling.

The Brava shared the same front section, but its rear was distinguished by a slightly tub-like lower tailgate and taillamps composed of three stacked ellipses per side. That looked even more radical, although the Brava was not quite as visually pleasing as the Bravo. It was also aimed at buyers who were almost depressingly conservative in their shopping habits, as revealed by Fiat’s subsequent research data.

Still, the duo got off to a good start, aided by appealing if slightly quirky interiors, decent enough manners and some rather moribund competition. But the honeymoon faded when another car with highly distinctive taillights appeared in 1998, the Ford Focus arresting not only for its red and orange identifiers but for the fact that it was way, way better than any Ford of this size that had been before. Not to mention all of its competition.

The Focus hit the Fiat hard, as so did the Mk4 Golf, whose unbelievably high cabin quality made the Italian car’s interior look cheaply finished despite its imaginative sculpting. Couple this onslaught to the fact that buyers didn’t much like the Brava’s back-end (although millions loved the weird new Focus), and Fiat reckoned it knew what it had to do for Project 192, the Barvo/Brava’s replacement. 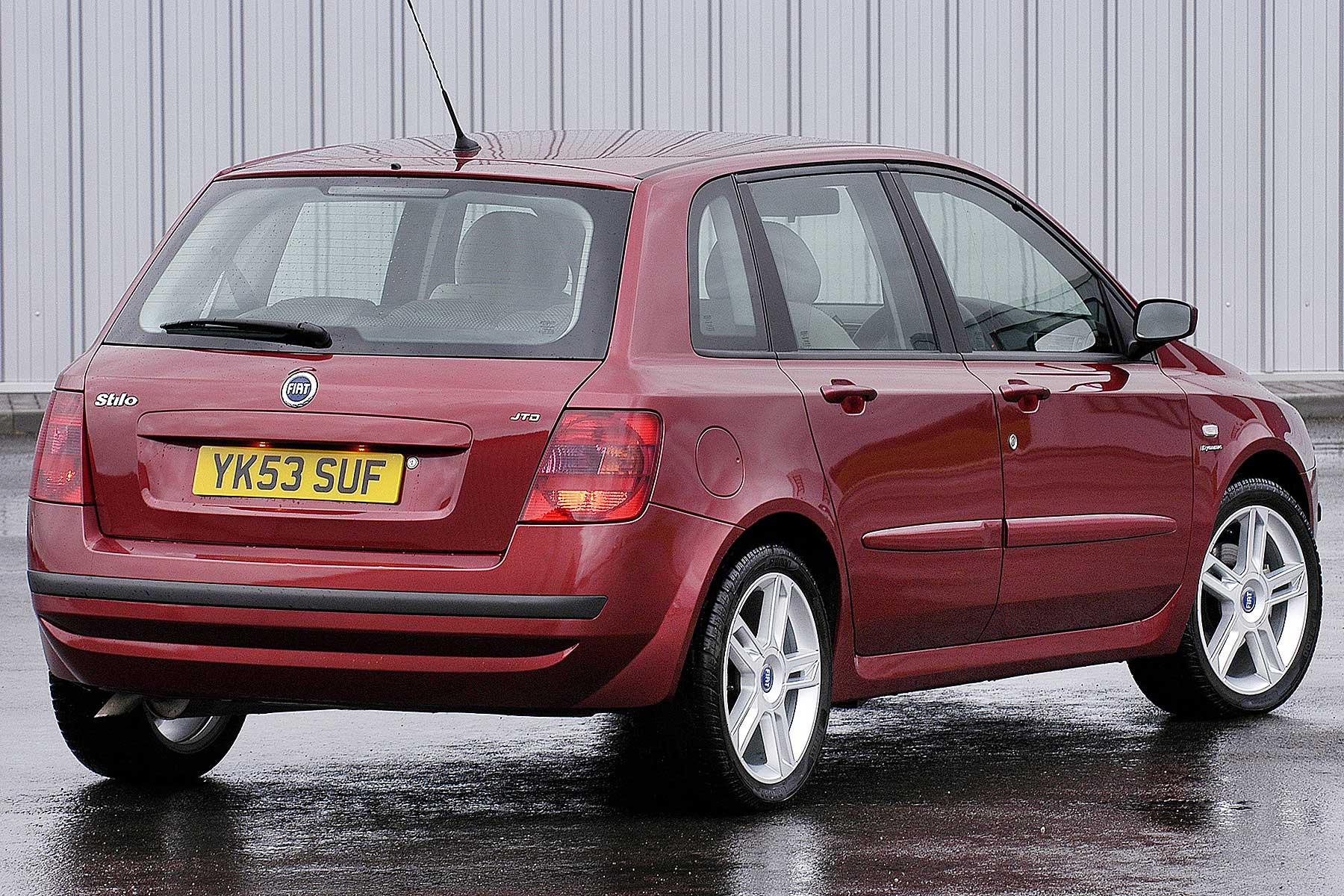 A sexily styled three-door it would keep, but this time the five-door would be decidedly more rational, functional and useful. The aim was to provide it with many of the convenience features of an MPV, this task eased by a new modular platform enabling it to be usefully taller and longer than the three-door.

You sat higher in it, making it easier to get in, its split rear seats slid back and forth and its front passenger seat folded forward. That was for long loads or a chaise longue, Fiat’s press kit optimistically reckoned, its occupant presumably lighting up to muse on why they were reclining there. 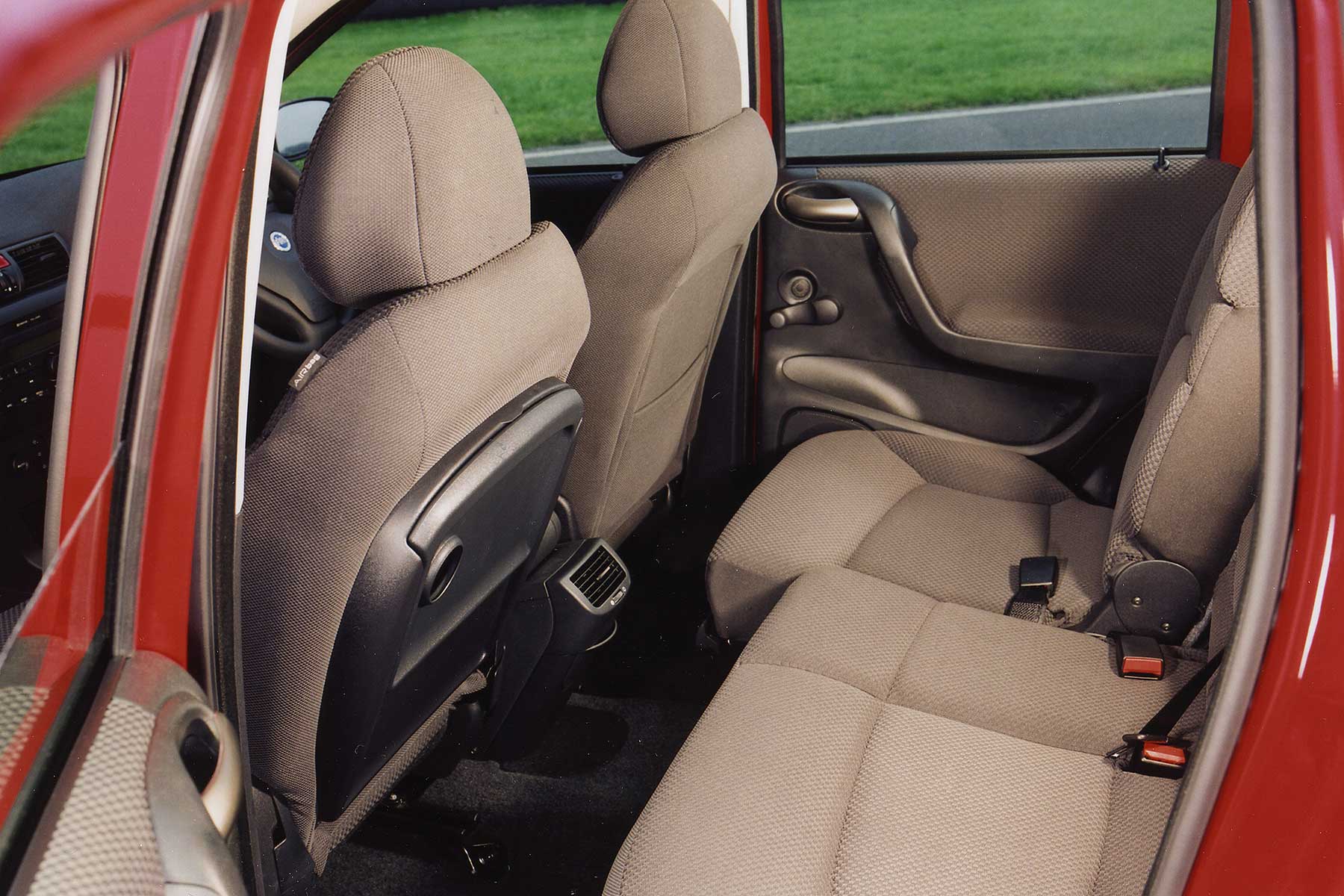 Less indulgently, there was also a drop-down table in the rear for scribbling kids. All of which made the five-door Stilo five-door a pretty versatile thing.

But that was nothing to the effort that Fiat put into its equipment, starting with a telematics system called Connect. This concierge service was well ahead of its time, and in this class so was the ultimate 7in colour sat nav screen, and the four lower-grade infomatic systems on offer.

Mobile phone connections, internet access, sat nav and the ability to play MP3 files were advanced stuff for a car in this class in 2001. 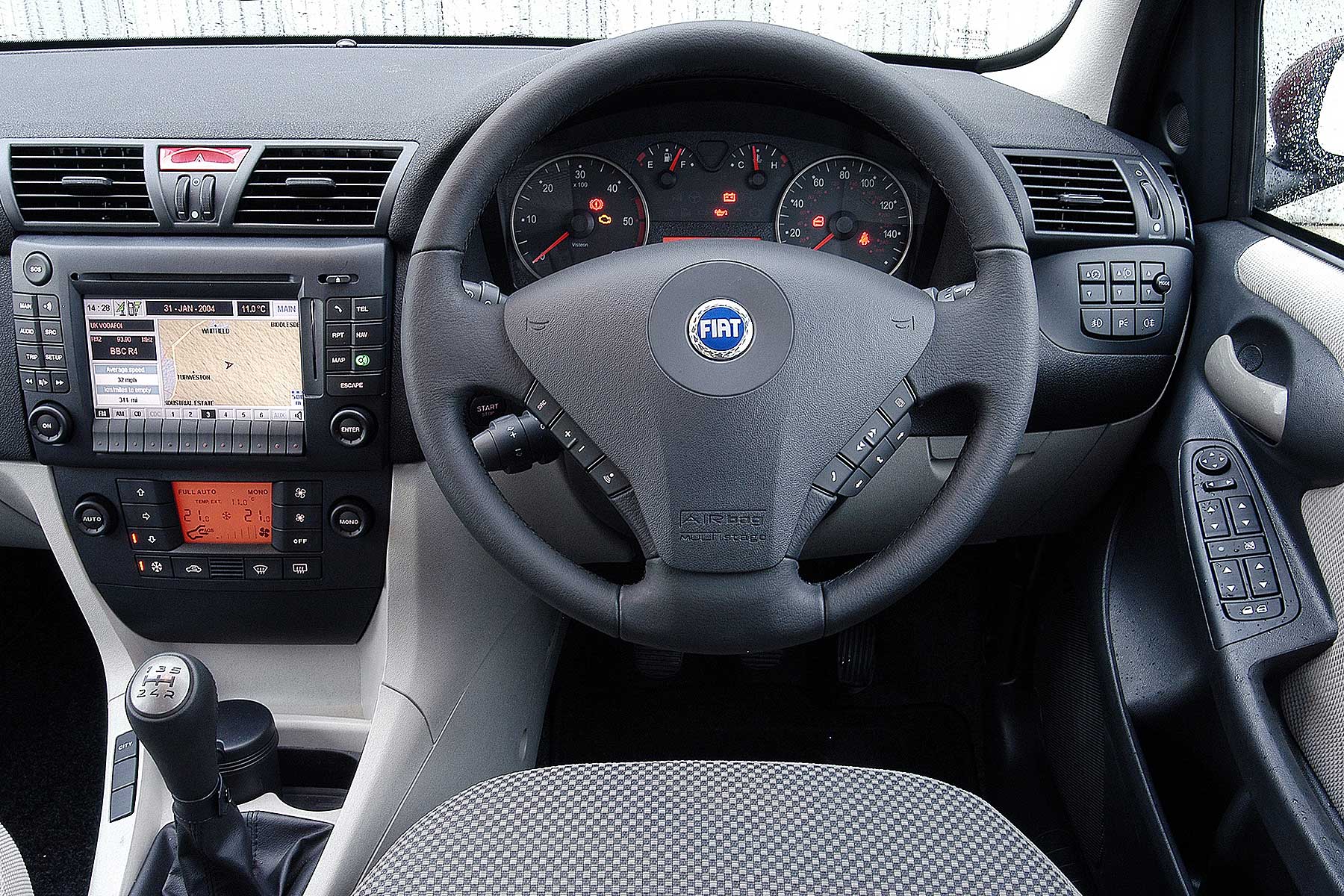 The Stilo could also be had with a so-called skyroof, a series of glass louvres electrically tilting skywards, radar-governed cruise control, electric front seats, climate control with a digital LCD display, eight airbags and more.

Fiat’s product planning logic looked impeccable. Its modular platform allowed it to develop two kinds of car for relatively modest extra investment, and it was bang-on with its view that connectivity was about to invade the car’s cabin.

Trouble was, the Stilo five-door looked about as exciting as a bag of flour, and that made the idea of spending indulgent sums optioning it unappealing. It just wasn’t that kind of a car. And though the three-door appealed, especially with its pleasingly blocky taillights, it wasn’t quite as temptingly bold as the previous Bravo.

The Stilo’s black, grey and gloom cabin wasn’t especially tempting either. This despite Fiat spending a heap on a soft-feel facia that was certainly a comfortingly pliant thing to prod, but had the texture of ancient petrified wood. And much of the hardware hanging around it was disappointingly low grade.

Driving the Stilo was a low-grade experience too, especially after a Focus. It was a little too heavy, its rear axle had been was an unsophisticated twist beam rear axle rather than the Brava’s independent set-up and its smaller engines lacked zest. 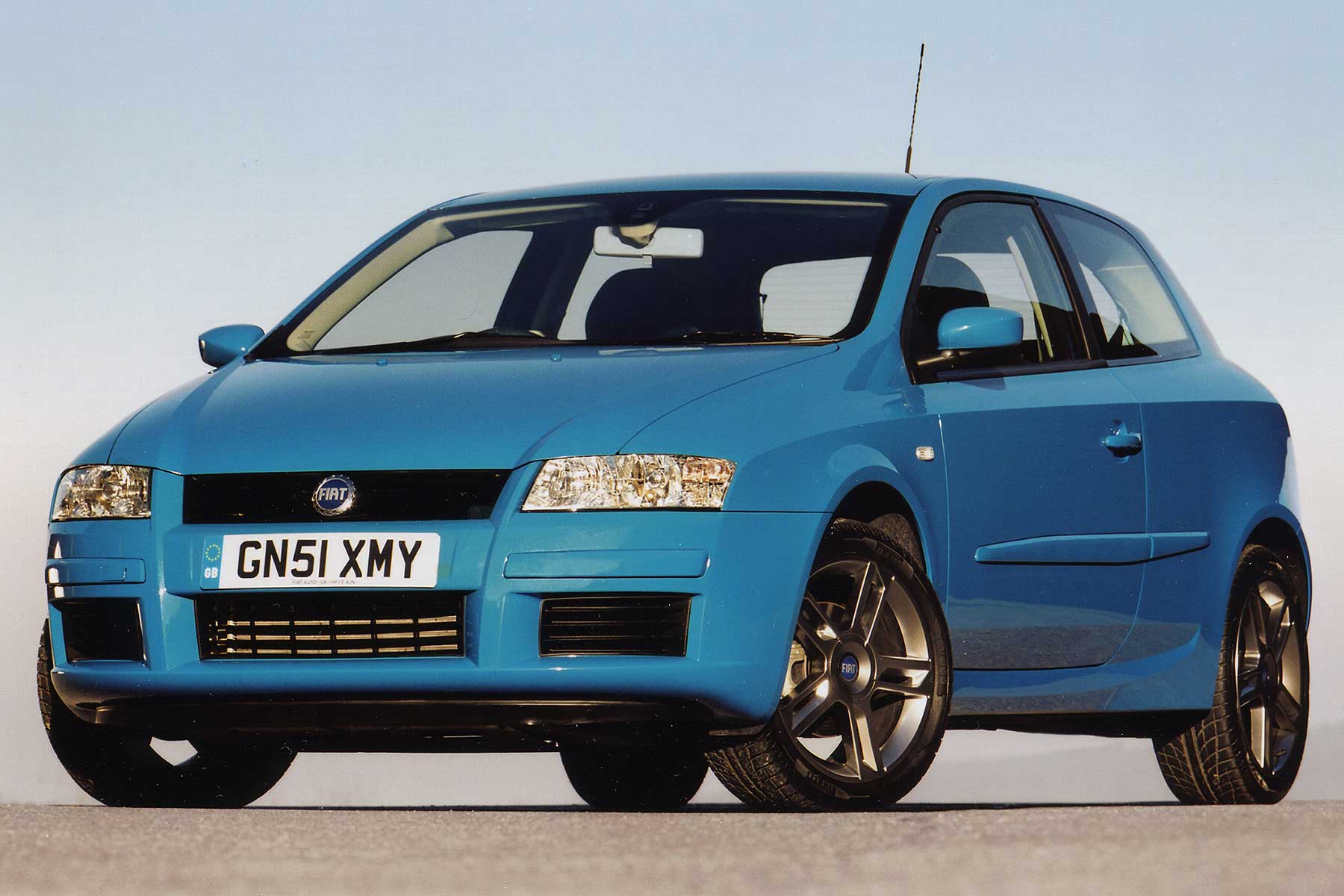 Frustratingly for enthusiasts, the warm hatch 2.4 litre five cylinder three-door Abarth, actually quite a cool thing in the right colour, could only be had with a Selespeed automatic that made its user look like they were driving in clogs.

Because Fiat had driven deep into a pile ‘em high, sell ‘em cheap strategy in many markets, Britain included, buyers simply wanted the boggo versions and an irresistible price to go with it. Which meant that the long options list mostly went unticked.

To this day I have yet to see a Stilo with a Skyroof, nor any of the myriad intermediate Connect systems. And the radar-controlled cruise was soon deleted for misreading the road ahead.

Sales bombed across most of Europe, although the three-door didn’t do badly. But by the time Fiat offered the Abarth with a manual gearbox the moment had passed, even a fanciful Michael Schumacher limited edition part-engineered by Prodrive failing to heighten its appeal. 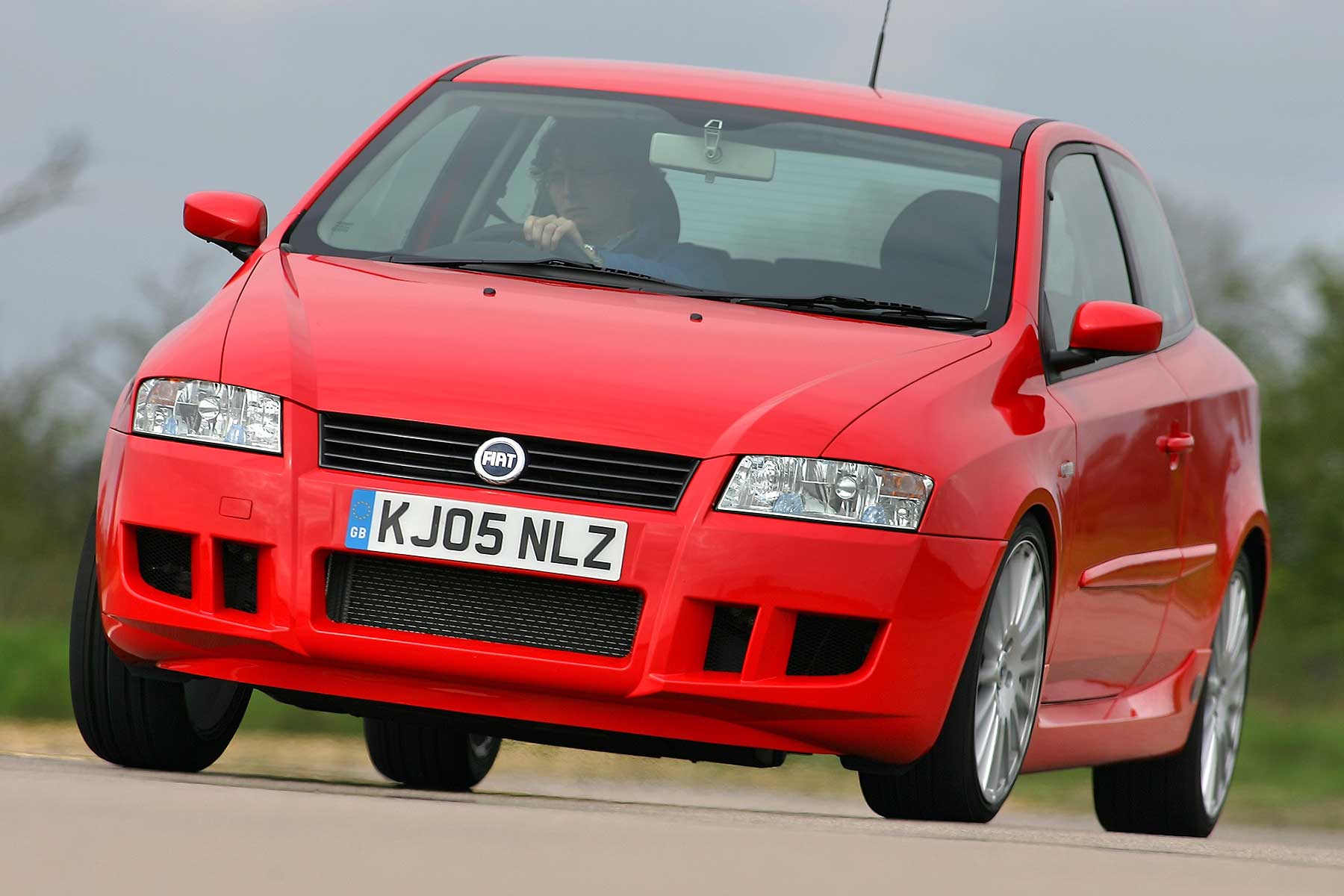 The Stilo fell so far short of its sales projections that Fiat even offered a struggling MG Rover the chance to use the platform and some of the company’s manufacturing capacity to produce its ultimately mythical new medium car.

Fiat sold 767,000 Stilos during its nine-year run, many of those in Brazil where it enjoyed a three-year afterlife, one version unconvincingly badged ‘Attractive’. It’s not a number that compares well with the 3.1m 128s built between 1969 and 1985.

The tragedy of the Stilo is that a lot of deep thinking and money was sunk into this project, either in the wrong areas, or with the wrong execution. But the worst failing, and the one that usually kills the chances of any car, was that the five-door Stilo had no style. And that was the version that was supposed to bring home the bacon.