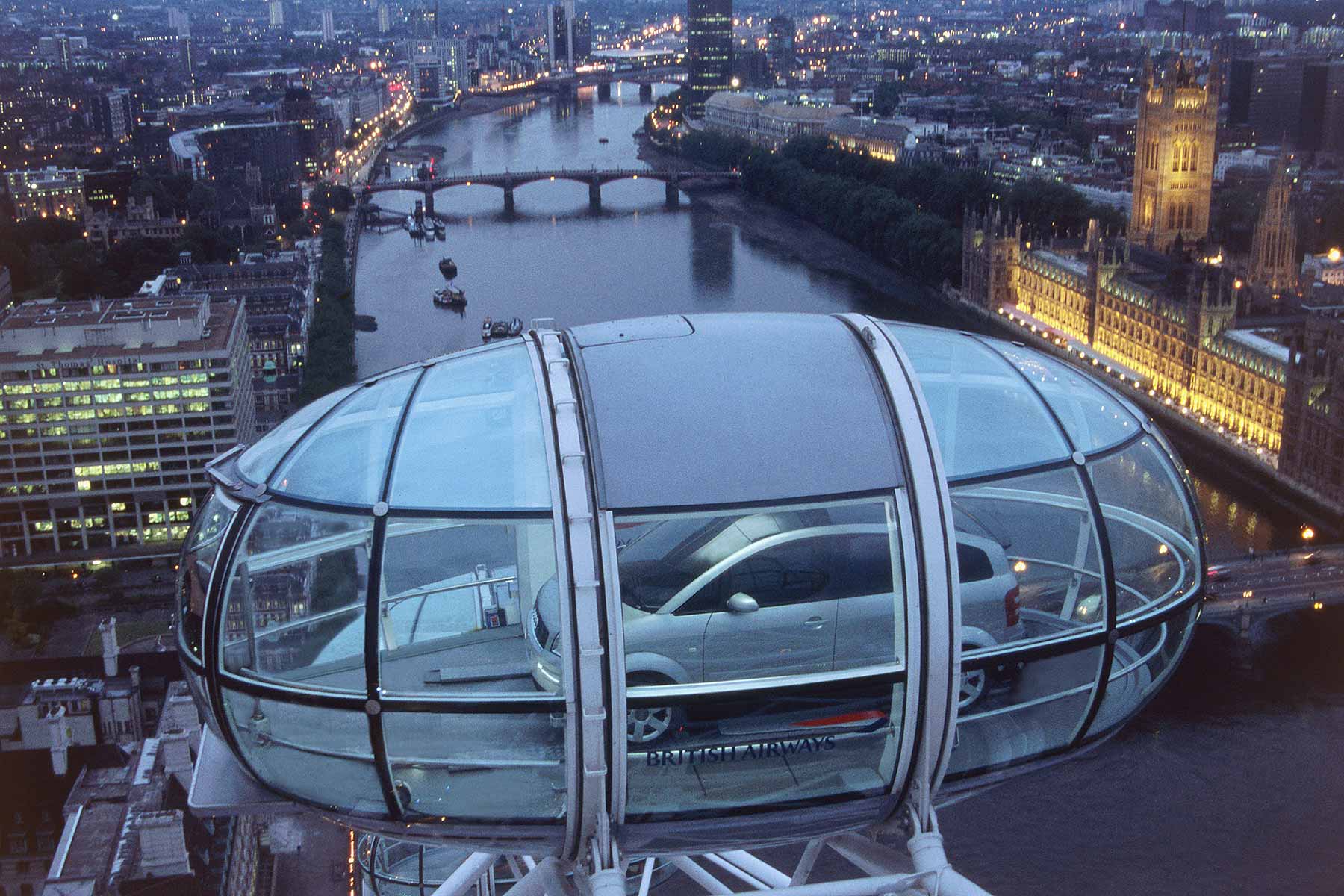 An advanced, lightweight aluminium body structure. A super-slippery silhouette to cheat the wind. A drop-down front panel allowing access to essential servicing items – this sounded like the sportscar of tomorrow.

But the Audi A2 was a five-door hatchback, and a tall one at that, its outline dangerously close to a sensible-shoes people carrier’s, its most powerful engine a 1.6 litre of 110bhp.

It was also brave, brilliant and if you’re thoughtful about design and its functionality, deeply appealing. The A2 was also a car years ahead of its time. 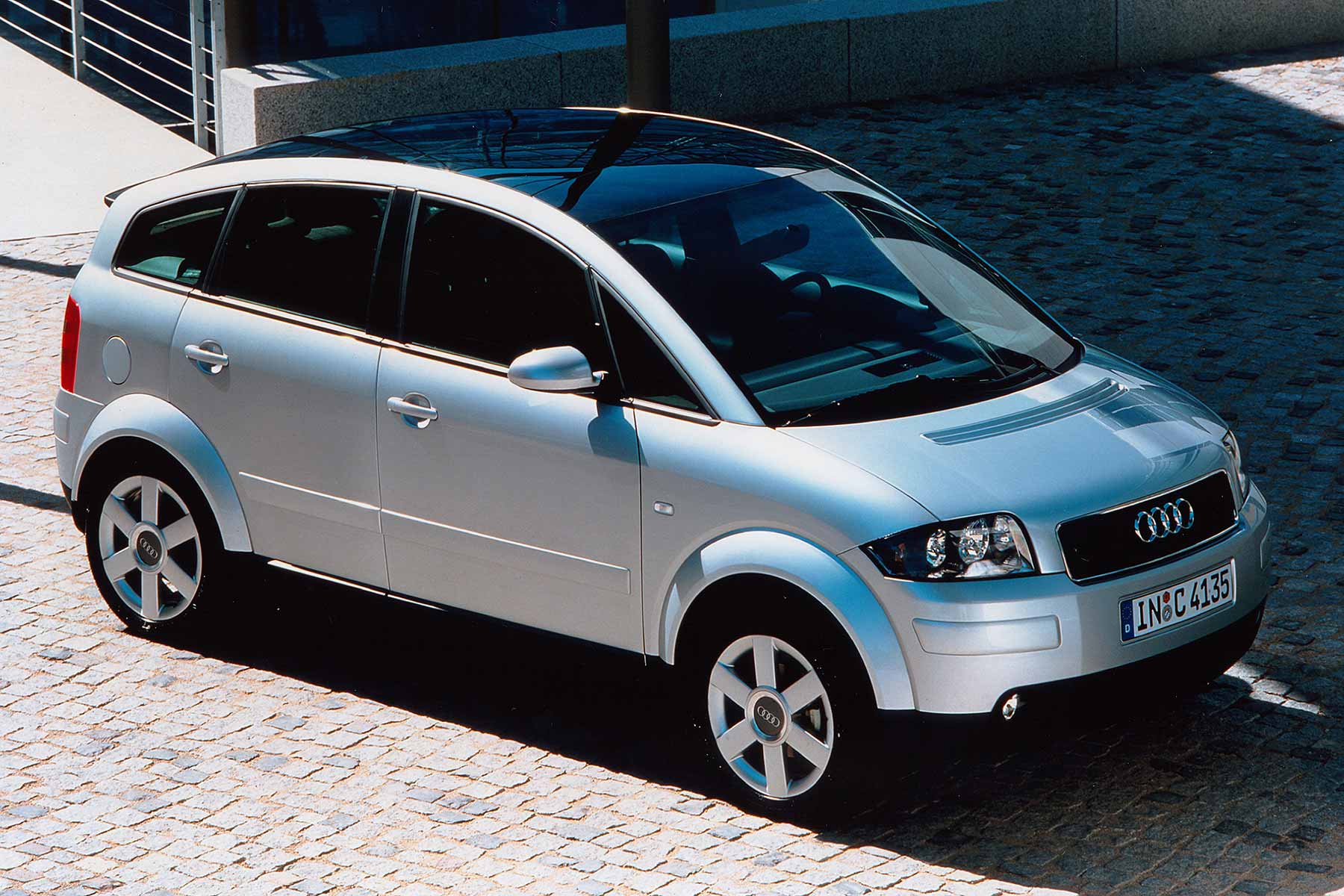 That sounds like the copy from an Audi A2 advert, but it really was. The A2 emerged in 1999 (it’s pictured above at launch), but was built around the engineering obsessions of today, namely light weighting, a low drag coefficient, highly efficient engines and a suite of lesser economy boosters ranging from intelligent alternators to low rolling resistance tyres.

None of which obstructed its functionality. Unlike most ultra-aerodynamic cars you didn’t strike your head on the roof when you were trying to get in, its boot wasn’t so tiny that you needed to take a light weighting approach to packing and you could even turn your A2 into a van by extracting its removable rear seats. 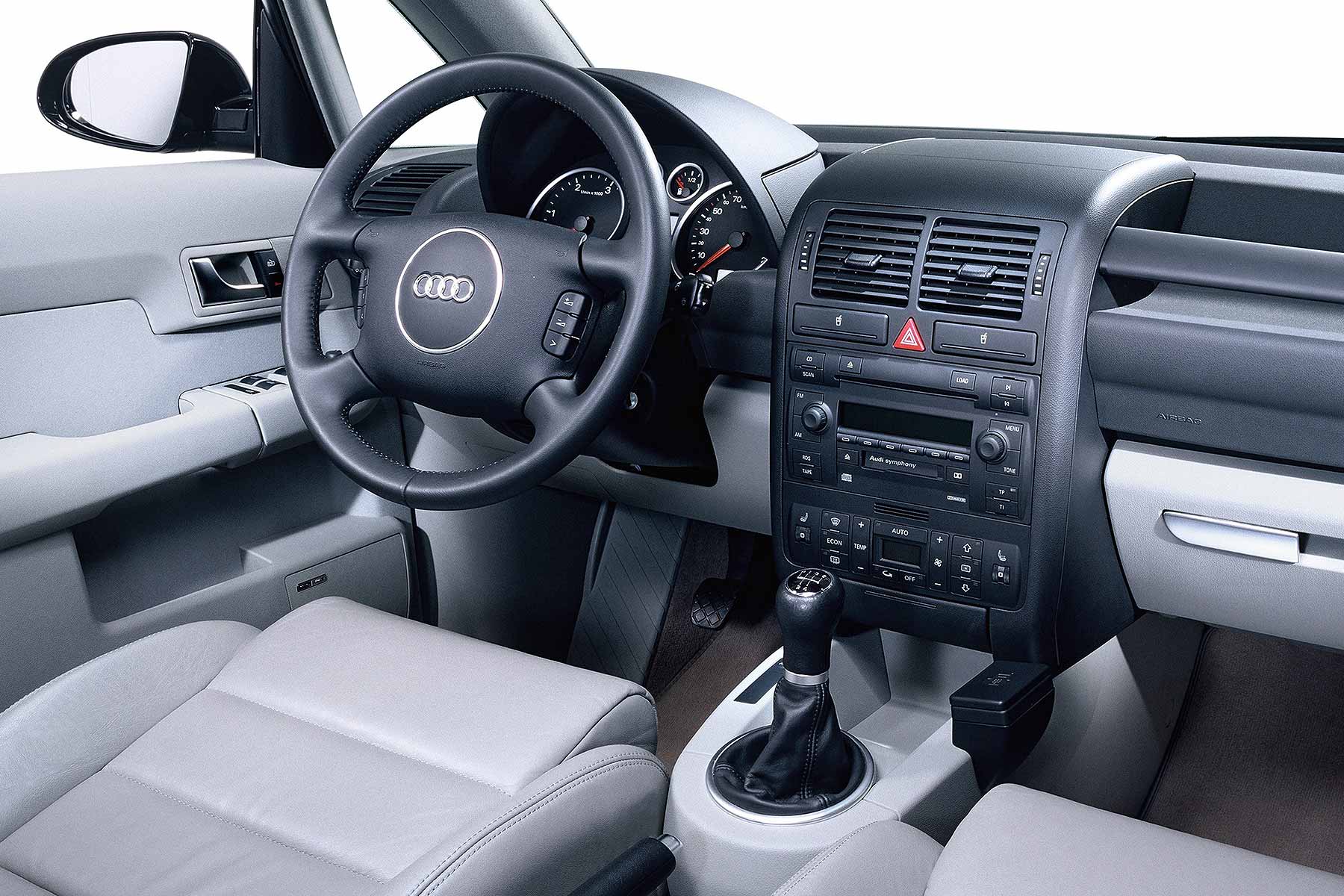 Mind you, Audi was rather mean with these, providing only two in the rear as standard, no doubt in the interests of weight-saving, the fifth place being optional. Which was consistent with Audi’s fairly sparse approach to equipment too, much of it extra. 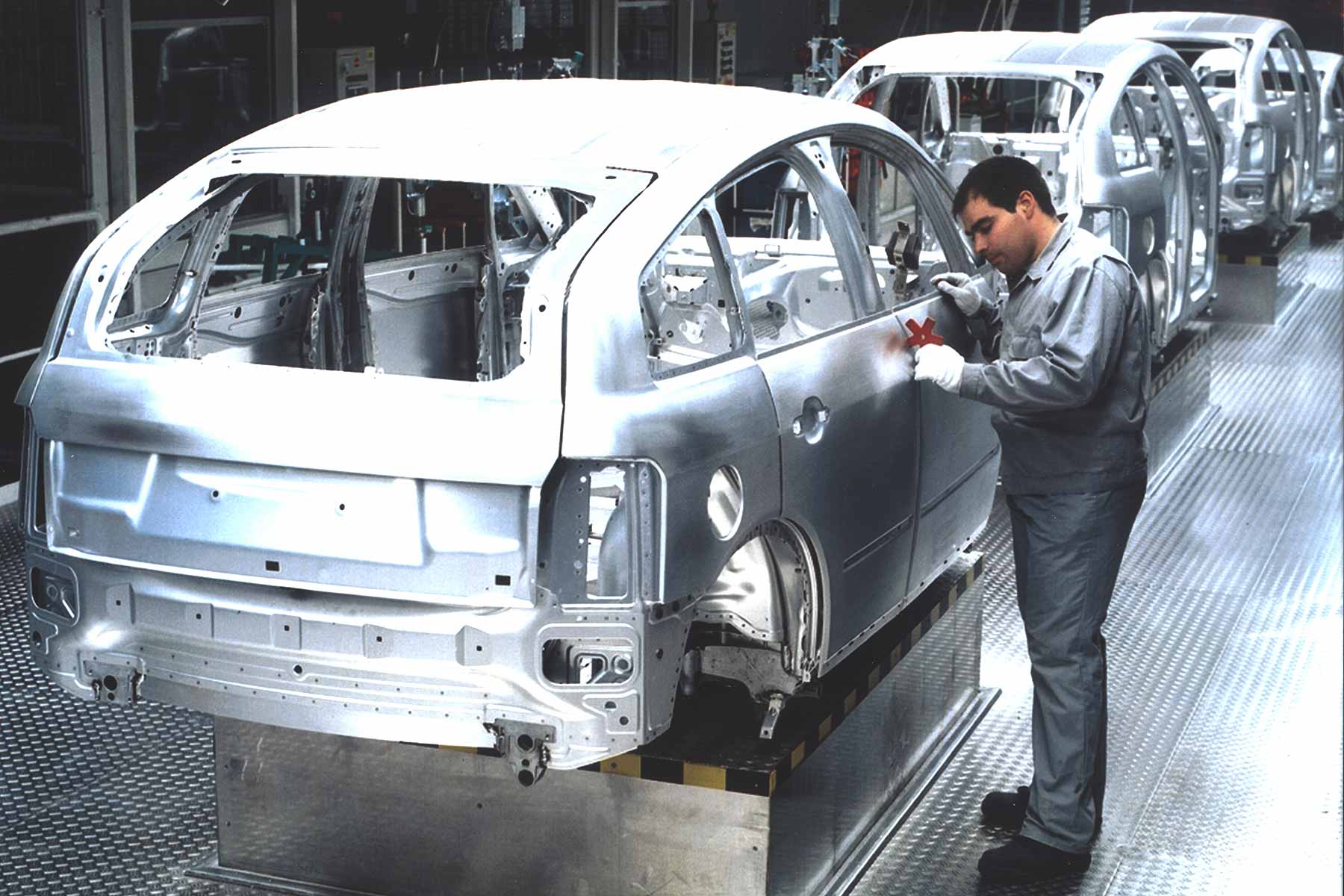 Still, no point in undoing the good work done by the body engineers, who had designed a shell that was 43% lighter than the steel equivalent, enabling the lightest A2 to weigh in at an impressive 895kg (bantamweight in modern car terms).

A Cd (aerodynamic drag factor) as low as 0.25 for the least wind resistant versions – that’s a number only just being reached today – and some economical engines produced the kind of fuel efficiency car companies are chasing now, the 1.4 petrol good for 45mpg, the diesel’s consumption in the 60s.

The 1.4 diesel was a three cylinder, its charming throb also ahead of the times – and for some markets (not ours, sadly) Audi built so called three litre 1.2 version, the three litres referring to the car’s potential 3 litres/100km, 94mpg fuel economy. Its 81g/km CO2 emissions sounded like a number from this decade rather than the last, too.

Power steering and air conditioning were stripped out to save fuel, the three litre’s economy further boosted by low rolling-resistance tyres, direct-injection, an automated manual transmission, stop-start and lightweight suspension, although this high-tech kit made for an expensive car. 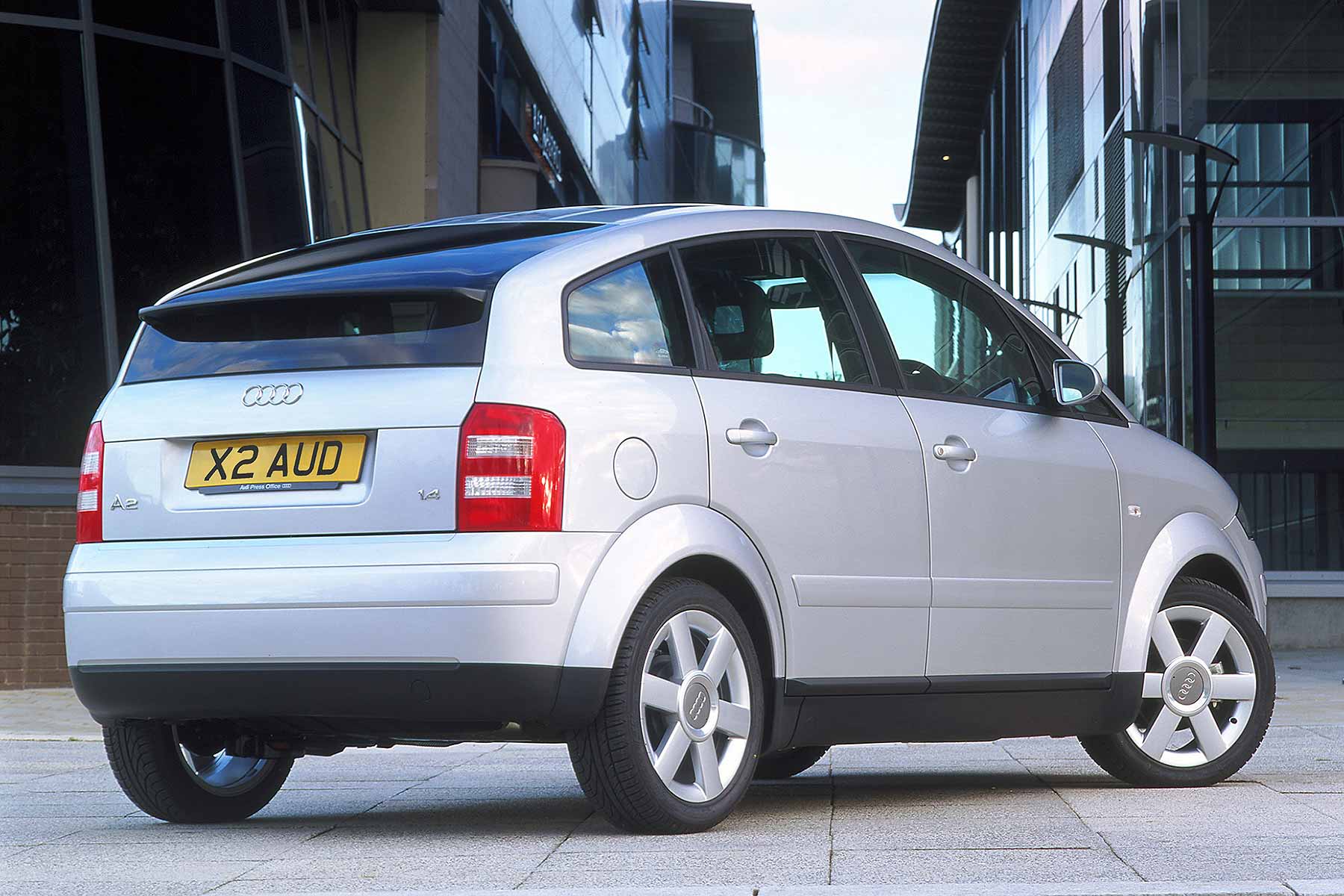 If the three litre A2’s money-saving economics were dubious for owners, the economics of the entire A2 project were disastrous for Audi. The company is alleged to have lost £4000 on every A2 sold, partly because its light alloy body was expensive to make, but also because the company sold nowhere near the numbers intended.

During its shortened six-year life 176,377 found buyers, this a poor contrast to the one million or so A Classes that Mercedes sold. The A2’s high price didn’t help and nor did its flaws, although there were less of these than the Mercedes presented. And A2s didn’t fall over at the sight of an elk, either.

But the A2 had a few issues, and seeing out of it was one of them. The big distance from the driver’s eyes to the A pillars sometimes made it hard to see past them, while the abruptly curved tailgate glass distorted a rear view further impeded by a spoiler and tinted glass. Water-repellant tailgate glazing didn’t compensate for the missing rear wiper, either.

The A2’s other big issue was its ride, which had you wondering whether you really wanted to save fuel that badly, and whether the A2’s engineers had inflated its tyres to 100psi in a misguided quest for economy. It was expensive to repair after a crash, too, a factor that has sent many to an early rendezvous with the crusher. 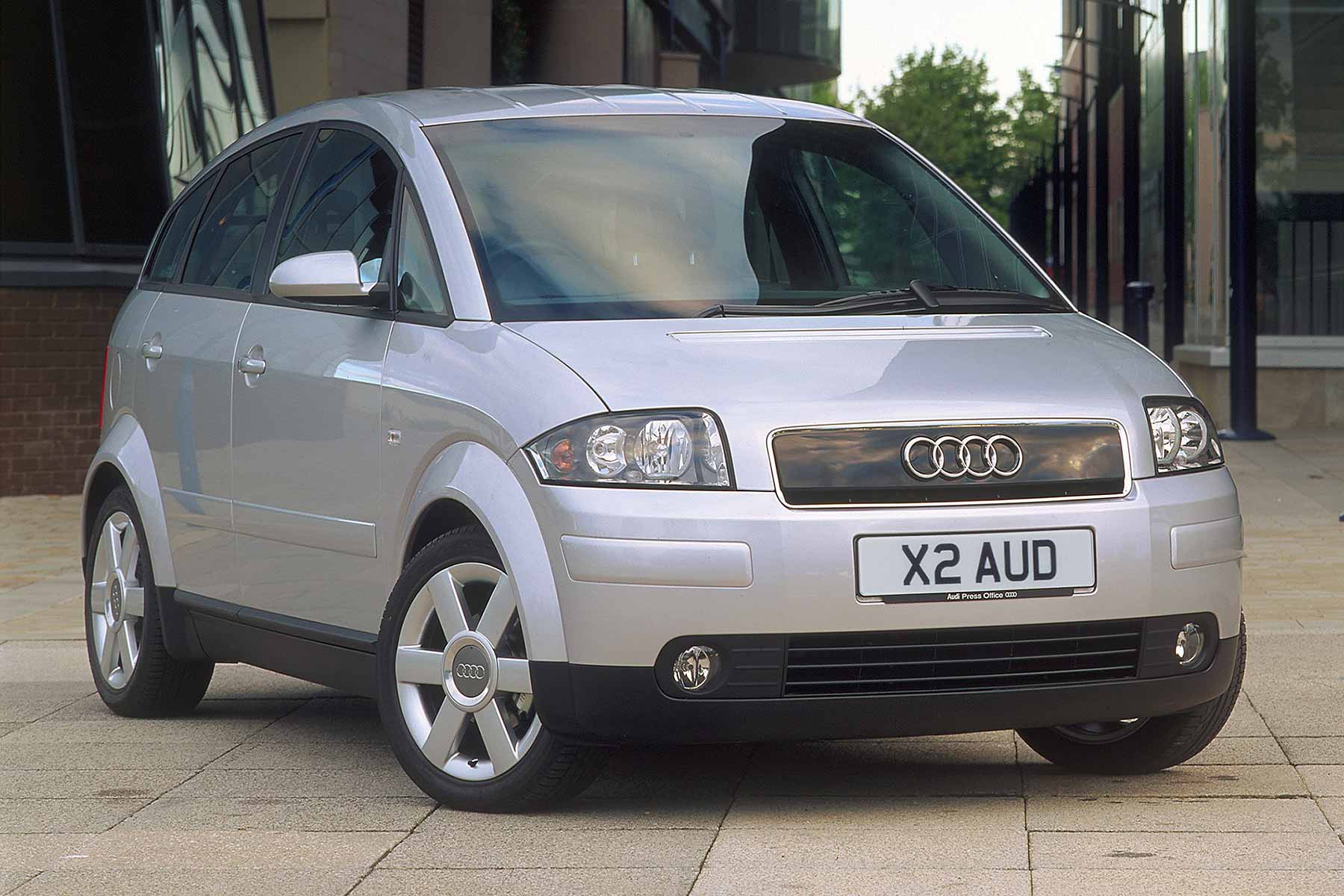 Yet if you’re a lover of rational design, it’s hard not to admire – and even desire – an A2. It might have resembled an automotive design school thesis, but the ridged roof, the single pantograph-action wiper, the lack of any wiper at all at the rear, dent-proof plastic wheelarches, removable rear seats, and maintenance features accessed via the closed-off grille (pictured below) all pointed to a project fashioned by young and slightly naive idealists. All of which adds to its retro-future charm today. 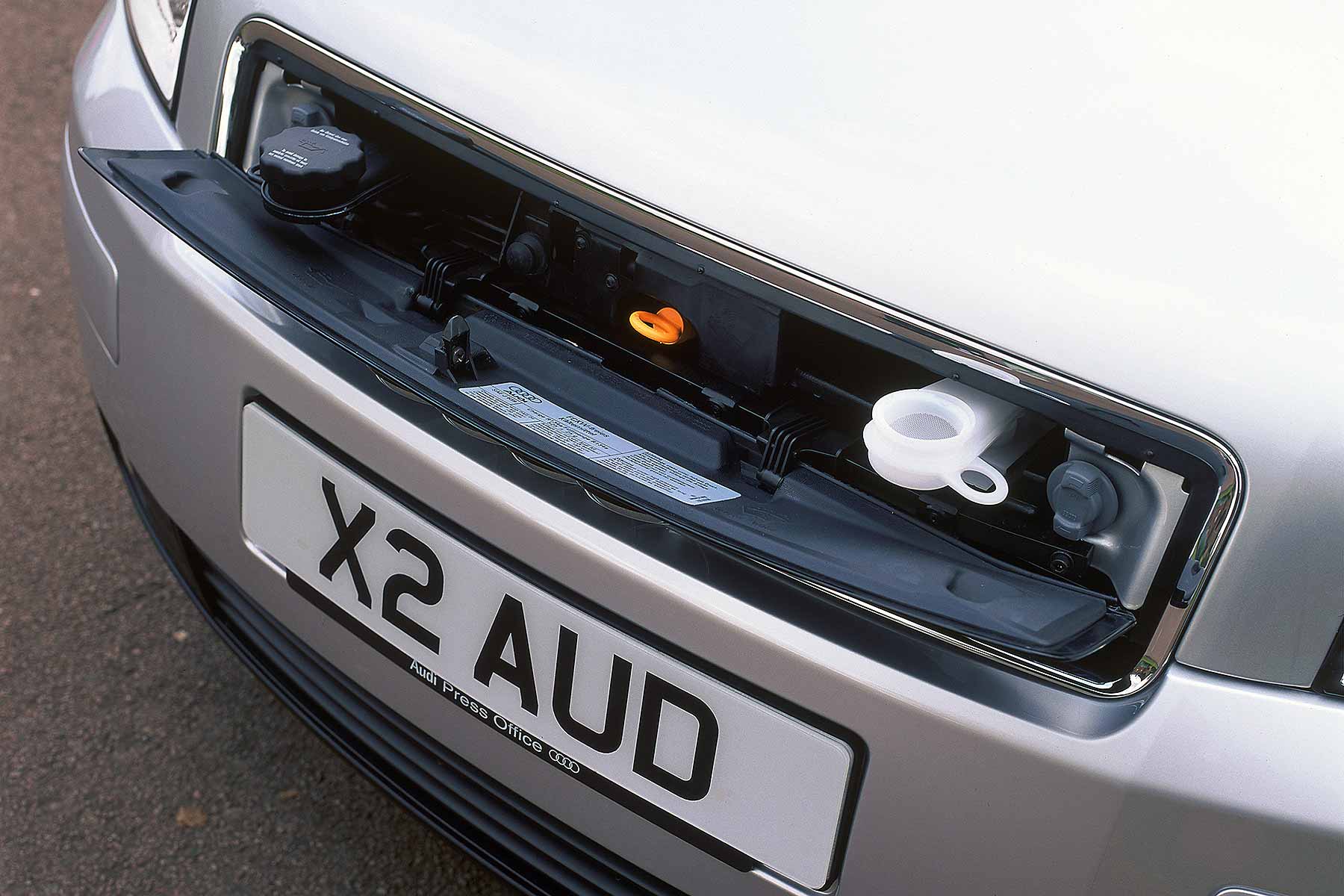 Not that you’d call it pretty, now or then, its university project styling clearly failing to trigger the mass extraction of credit cards from pockets.

But for all that it was a mightily far-sighted car, its emphasis on low emissions, high economy and clever practicality all the stuff of today’s showrooms. And only BMW has dared to pursue a lightweight body structure for a car in this class since, with its i3.

Audi engineering ambition has been a little more cautious since the A2. But failure or not, this car certainly shone a light on the future.