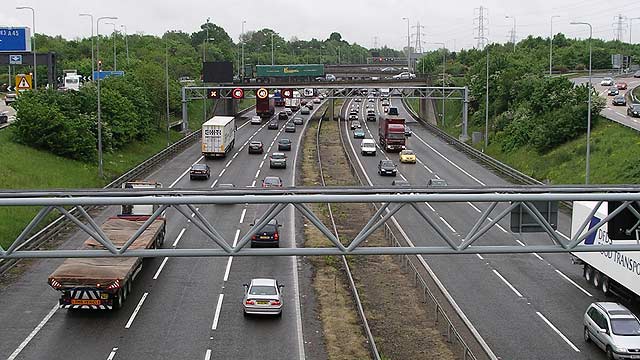 The Highways Agency has shelved a proposal to limit speeds to 60mph during the daytime on upgraded sections of the M1 and M3 after Transport Secretary rejected the idea.

The Highways Agency’s consultation was on a proposal to cap speeds to 60mph between 7am and 7pm – seven days a week – because ‘smart motorway’ improvements on the two motorways would adversely affect local air quality.

This has been comprehensively ruled out by Transport Minister Patrick McLoughlin. “Let me be absolutely clear,” he said, “I want all motorways to run at 70mph. While it sometimes makes sense to use variable limits to keep people moving, blanket reductions are not acceptable.”

It seems the Government is keen to keep the 70mph speed limit wherever possible, and was particularly dismissive of the proposal to cap speeds outside of rush hour, when traffic is lighter, and at weekends. McLoughlin has instead demanded the Highways Agency spend the next 18 months coming up with alternatives.

McLoughlin made the 70mph pledge today while confirming upgrade work will start on the M1 junctions 28-31 in Derbyshire, M1 junctions 32-35a in South Yorkshire and M3 junctions 2-4a in Surrey. The M1 schemes are scheduled to open from autumn 2015, and the M3 will open in 2016.

“Smart motorways are an effective and cost efficient way of increasing space on our roads, cutting jams and speeding up journey times and I am pleased to announce the start of work on these schemes.”

Smart motorway is the Government’s preferred term for ‘hard shoulder running’ sections: the hard shoulder is converted to a running lane either permanently or during busy periods, with overhead signs dynamically advising both whether it’s open or not and what the current speed limit is. They’re all controlled by staff in regional CCTV centres.

The Government says that in these cases, they’ll improve journey times by 10% on the M1 and 15% on the M3. On both sections, averages rush-hour speeds are currently 45mph.