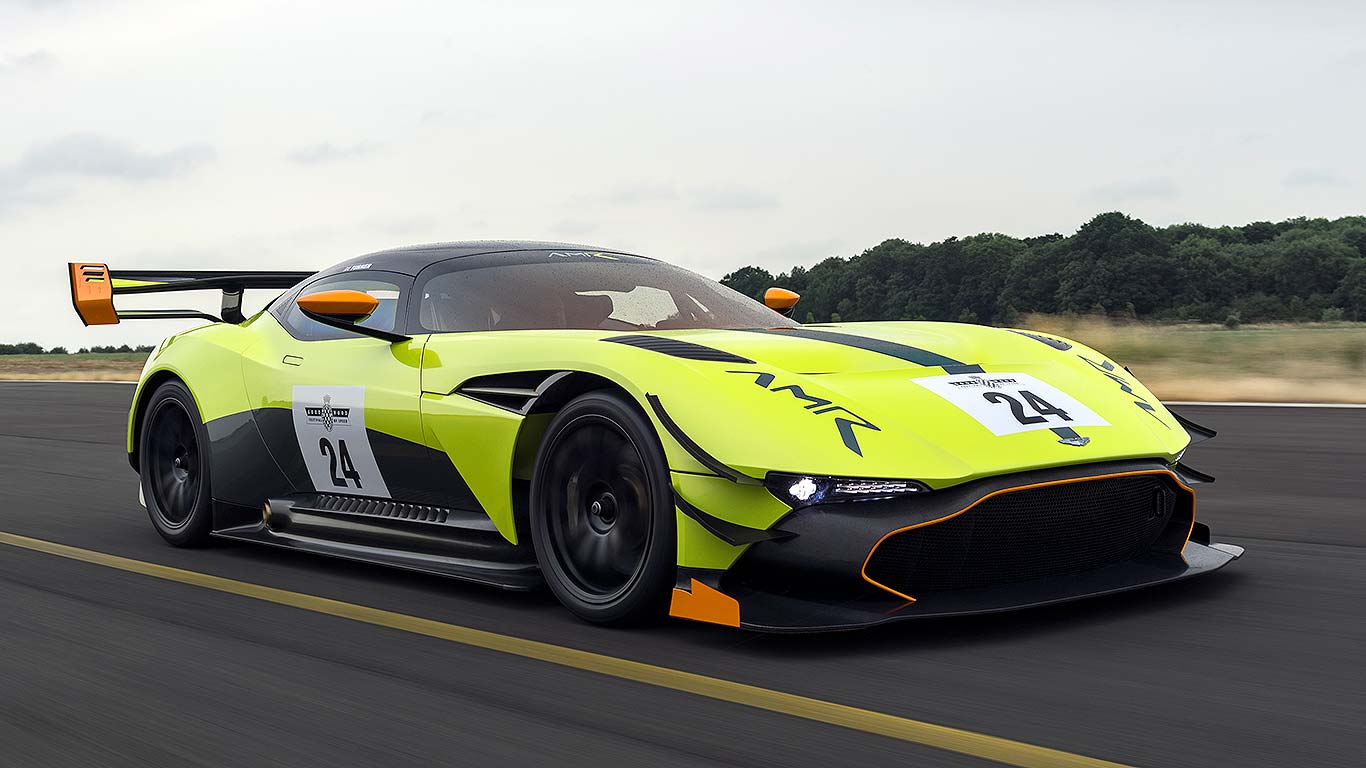 Aston Martin has revealed a special new AMR Pro upgrade pack for the 24 lucky owners of its Vulcan track-only hypercar at the 2017 Goodwood Festival of Speed. The dramatic aero kit developed by Aston’s new AMR performance division can be retro-fitted to any current Vulcan, if its owner so wishes. Seriously, who’ll be able to resist?

Aston says the significant extra downforce it generates delivers faster lap times and greater responsiveness – something aided by shorter gearing that also comes as part of the pack. “Improvements that underline its status as one of the world’s most extreme and exclusive track cars,” reckons the firm.

Following a similar approach to that of F1 race teams, where aero upgrades are constantly rolled out during a season, the crowning feature of the new kit is its massive dual-plane rear wing, replacing the original single-plane setup. The vast structure has a 20mm Gurney flap on its trailing edge, plus slotted wing endplates which themselves carry 15mm Gurneys.

The increase in downforce is massive. Aston uses Newton metres, and says the increase is from 3150Nm to 4000Nm. For context, the AMR Vantage GTE that has just won the Le Mans 24 Hours has a rear wing that generates 3104Nm…

Such a monumental increase in rear downforce also moves the car’s centre of pressure forward, which is good news for traction, steering response and front-end grip, says Aston. Other aero features include louvered panels at the front, big dive planes on the sides of the nose and an even larger front splitter.

Aston Martin Racing works driver Darren Turner has been involved with the Vulcan project from the start, even tutoring many of the owners over the two years since deliveries began. “It’s an incredible car in every respect,” he says: “Looks, sound and of course, performance. We worked hard to ensure it’s not a monster to drive, so it was important the AMR Pro upgrade remains true to that objective. By increasing the overall level of downforce front and rear, but also improving the balance of the car we’ve done just that.

“Together with the shortened gearing, which makes it even more punchy when you accelerate through the gears, the Aston Martin Vulcan AMR Pro feels more agile and responsive to steering inputs. When you get the aero working through a fast corner it really is an unbelievable feeling.”

Aston Martin vice president David King admits that once Aston had built and delivered the 24 Vulcans, it started thinking about how to make them faster. “And so the Aston Martin Vulcan AMR Pro was born. The shorter gearing makes for truly explosive acceleration between the corners, while the aero package’s increased downforce and improved balance gives our customers the all-important confidence to explore the extraordinary performance on offer.”

Any lucky owners who want to make the upgrade can instruct Q by Aston Martin Advanced Operations to do the work. Some of them have already done so, and the first modified Vulcans will be ready by the autumn. In the meantime, those visiting the Goodwood Festival of Speed this weekend can have a first look at the extreme new Vulcan AMR Pro. How many owners will be amongst them, dusting off their chequebooks, we wonder…